The Mickey Thompson Performance Tires International Drag Bike League™ (IDBL) raced for the first time ever at its home base of Maryland International Raceway (MDIR) during the month of September, but the weather was pure July-August! At least it was during qualifying on Saturday for the inaugural MetalScorpio East Coast Nationals, before Sunday’s raceday broke less humid and some 10 degrees cooler. 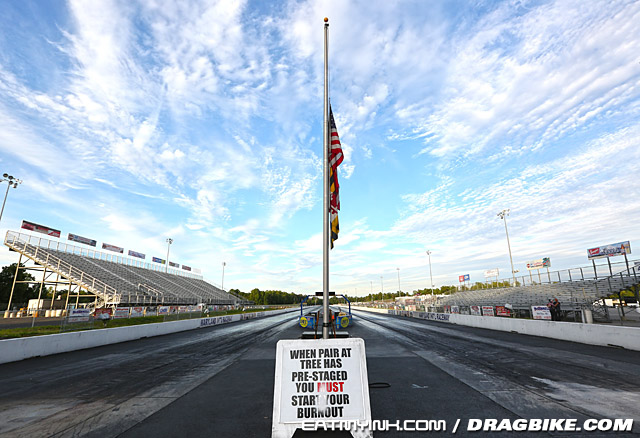 No matter what the temperature, no one burned up the Budd’s Creek quarter mile better than three-time Orient Express Pro Street champion Joey Gladstone and his DME Racing, turbocharged Suzuki Hayabusa.

But Angela’s raceday ended early with a 6.97 to 7.04 holeshot loss to Michigan racer Mike Bayes and his Ronnie Mitchell Racing bike in round 1. Another Michigan racer, Chris Connelly, lost to Gladstone’s jaw-dropping 6.76 in round 2—Joey’s second .76 of the day. “The track’s come around completely,” noted Gladstone. “They’ve done a complete 180 (since May’s repaving).”

“I bet there are some racers who didn’t come this weekend who wish they had,” DME team boss Dimey Eddinger added after his squad’s quick laps. 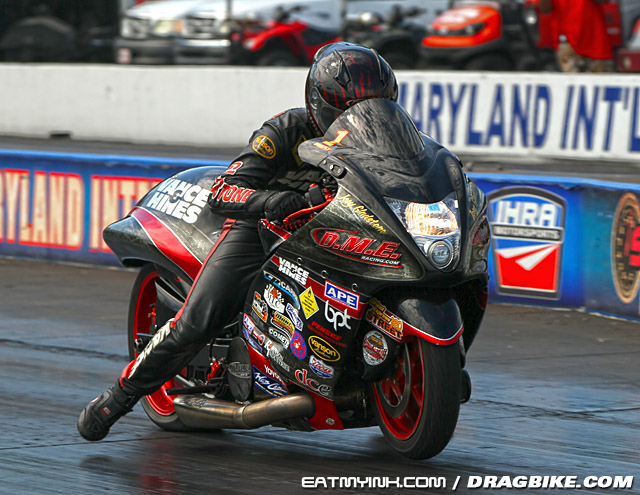 Despite giving up a whopping .116 at the starting line to Bayes, Gladstone’s DME power kicked in to drive him around to a 6.84, 215 mph win and leave him only to show up and buy a tech card in October to secure his fourth straight PST championship.

“We tried a different motor combination in the bike, Andy (Sawyer) did a great job tuning it, and it worked out well,” said Gladstone, who the previous week entered Pro Stock Motorcycle at the NHRA U.S. Nationals. “I think the Pro Stock experience helped me with my precision on the Pro Street bike and taught me tucking techniques and riding positions. It definitely helped out.”

Gladstone wasn’t done winning. After qualifying number one in DME Real Street on his all-motor ‘Busa, Joey raced to meet champion Anibal “Cannibal” Merced and his nitrous-huffing Kawasaki ZX14 in the semis. Clicking off his second straight 7.74, Gladstone was able to overcome Merced’s wicked .001 reaction time and advance to the final. 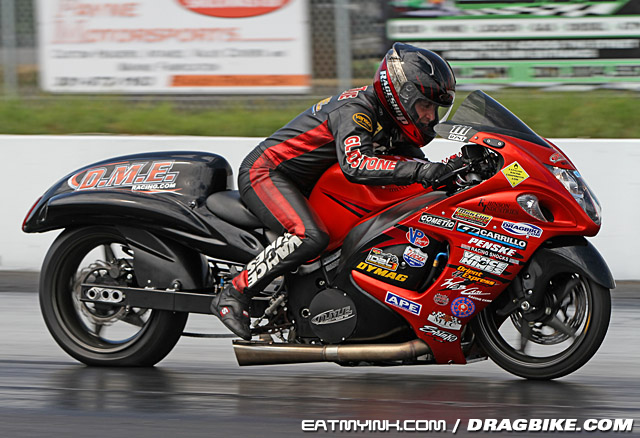 And there he met Jay Krawiec—the “Quiet Terror” of Englishtown’s Old Bridge Township Raceway Park and brother of three-time NHRA champ Eddie Krawiec. Jay was having a great day, but it takes more than a great day to erase the kind of performance advantage Gladstone was straddling—even with the gracious .088 that Joey spotted Jay at the tree. The result was Gladstone’s first-ever Pro Street/Real Street double win.

“I’ve had a lot of opportunities to double up but never did it,” said Gladstone, elated to finish the job. “We progressively got better and worked really well as a team.”

Also doubling up over the weekend was sportsman racer Dustin “Biscuits” Lee, who took home trophies in both Top Sportsman and Brock’s Performance Street ET. 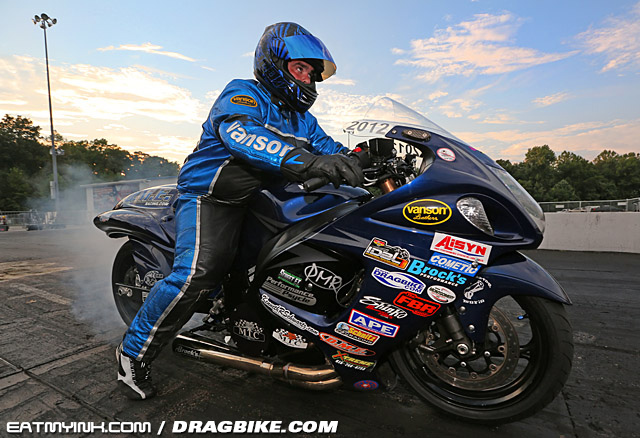 Tennessee racer Lee started off the Top Sportsman final with an .033 to .064 advantage over fellow finalist Troy Hausmann, pushing Hausmann to break out. “The Top Sportsman win was a great win for me,” said Lee. “I won it back in the MIRock days one time, but it always seemed I would be .00 red at the IDBL events and lose. I finally sealed the deal against some heavy hitters and some tough racing!” 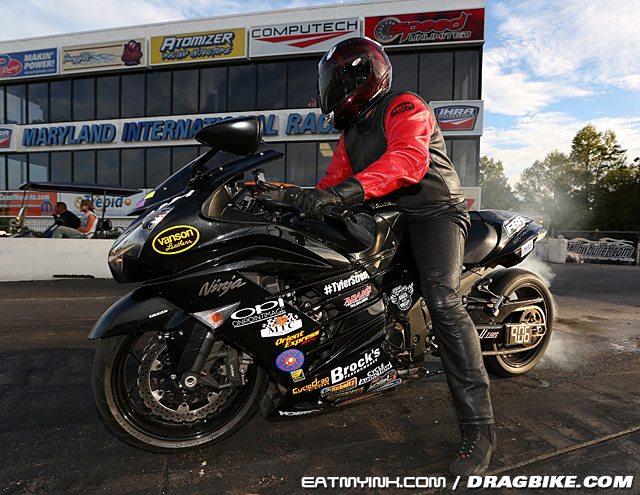 Lee took the tree by an even wider .024 to .119 margin against Ben Helland in Saturday’s Street ET final and held it for the win.

Sunday’s Street ET race was won by Connecticut Kingpin Bob Carlson, racing this week with help of the old Silver Fox himself, Wayne Robertson. This race was a doozy, with Carlson only .002 ahead of fellow finalist Simeon Amaru off the starting line. Carlson ran closer to his dial-in to take the win. 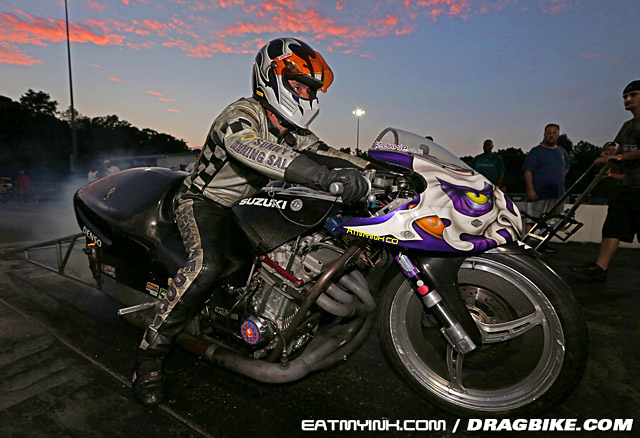 Vance & Hines 4.60 went to veteran racer Ronnie Procopio—one of the winningest in Maryland International Raceway history. Procopio took the tree in the final with a razor-sharp .012 against Terry Tompkins, who broke out trying to erase the deficit. 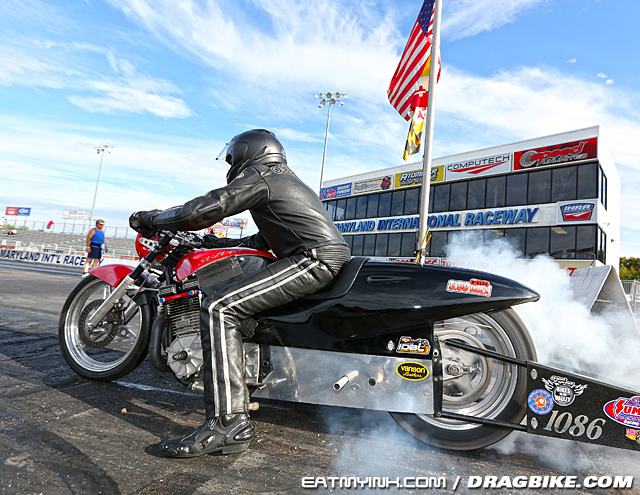 “Long Island Mike” Ostrowski let the first FBR Shop 5.60 race of 2016 slip away from him, losing that final to Rickey Gadson. But Ostrowski has swept the table ever since, winning this one against legendary Boo Brown—who took the tree but also too much stripe in the double breakout race. 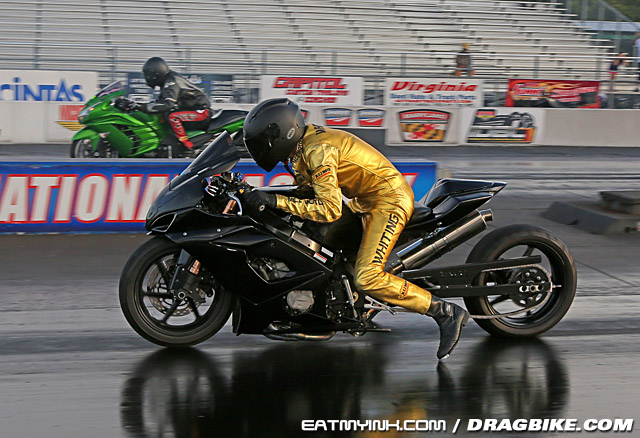 Crazy 8s featured an all-Virginia, Suzuki vs. Kawasaki final between Courtlan Whiting and Jeremy Brown. They left the starting line with reaction times separated by only .001, but Whiting ran only .001 over the index for the win on his GSXR. 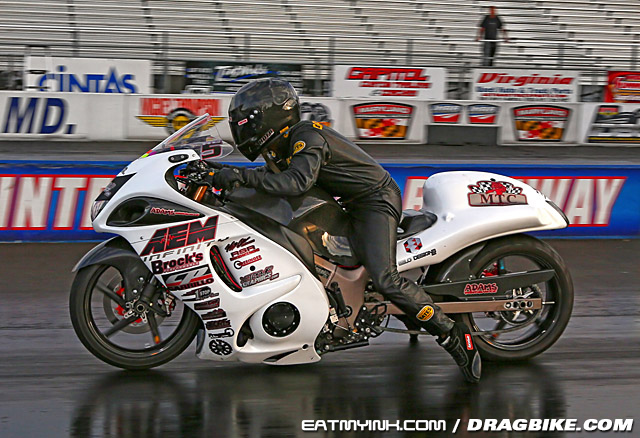 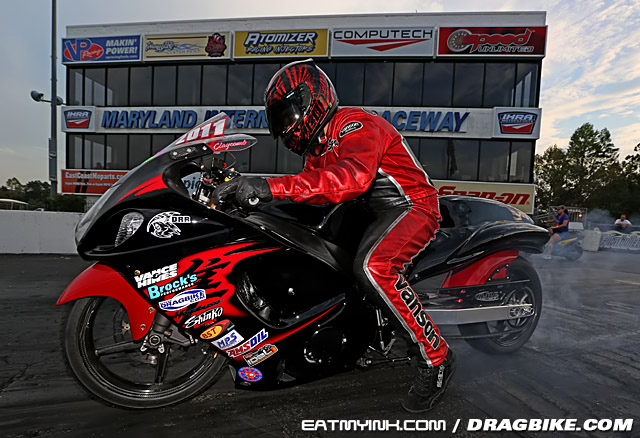 Sunday’s final was over quickly when Milbourne redlit. It took to the stripe to determine Saturday’s result, after Claycomb took the tree .033 to .066 and held on for the win.

Sunday’s eliminations opened with a moment of silence commemorating the 15th anniversary of September 11th, and the MDIR flags flew at half-staff all day.

IDBL finishes the 2016 season off with the DME Fall Nationals featuring the $10K-to-win Orient Express Pro Street Battle Royale—the first and still the best Big Money Pro Street race. So oil the turbo, clean your nitrous jets, pick out your best street tire and be there for the wad of cash, the pig roast, and the whole deal!

View all this past weekend’s race results here: http://www.raceidbl.com/results/2016/race_5_mdir/index.htm