For 2015, the IDBL will be comprised of five events with four events at IRG owned Maryland International Raceway and one event at Atco Dragway. There are plans to expand the IDBL to additional tracks in the Northeast for 2016 and return to a seven or eight race schedule.

IDBL Promoter Jason Miller states, “I started the Mickey Thompson Tires MIROCK Superbike Series a little over a decade ago between Maryland International Raceway and Rockingham Dragway and it has always been my biggest passion. I have always done most of the leg work to grow the series into what it is today and I am very fortunate to have the support from our motorcycle racers, families, fans, sponsors, media, and staff. I want everyone to view this transition to the IDBL as an evolution of the MIROCK Superbike Series, and not a dissolution.” 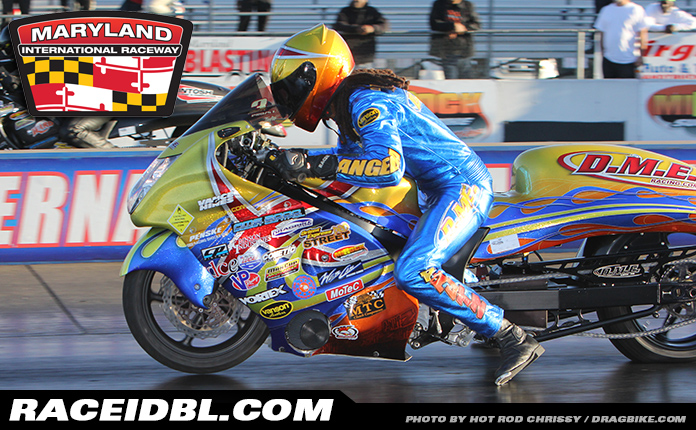 “Two years ago I added Atco Dragway to the MIROCK schedule and the series grew from two tracks to three tracks. The MIROCK events at Maryland International Raceway and Atco Dragway have always thrived with bike counts in the 600-700 range at every event, and we have even seen as many as 800 bikes at an event.”

“I have enjoyed the personal relationship with Steve Earwood at Rockingham Dragway over the last decade, and I am very grateful for the support he has shown me over that time,” Miller continued. “I wish him all the best with his facility, but we are moving onwards and upwards with the motorcycle series. I have never been more excited about the future of our sport than I am right now.”

In the coming weeks IRG will launch the new IDBL website at RaceIDBL.com with all the details along with a new logo and branding for the series. Stay tuned for more information and exciting news in forthcoming press releases during the off season.

We look forward to seeing all of our motorcycle drag racers, fans, families, sponsors, and media at the first IDBL event of the season at Maryland International Raceway on April 24-26, 2015.

For more information on the IDBL series please visit raceIDBL.com or on Facebook