After a disappointing rainout in May, the Mickey Thompson International Drag Bike League™ (IDBL) returns to action with the MTC Engineering Summer Nationals this weekend. And Maryland International Raceway’s new smooth, black asphalt back half that the bikes barely got to touch in the wet of May can show it’s full glory in the June sun.

Eliminations are underway at Maryland International Raceway. The day started in a slow and easy kind of way as the weather slowly warmed the track. Once racers finished up their clean-up runs this morning, the game faces came on and everyone was down to business. First up was the 32 bike field of Top Sportsman, We saw a lot of double-o lights in first round and a few red lights a racers tried to chop the tree. Carlson, Brown, Lee, Gadson, Clontz, Ficher, and Procopio are a few that advance to round two. Check the Tim Sheets link below to see the round 2 ladder.

In Vance & Hines 4.60 the reaction times were not as quick, and we saw a lot of break-outs from racers unable to give up that stripe at the finish line to their competitors. Whitaker, Lovingood, Shelton, Procopio, Gadson and Ostrowski are a few that are advancing to round two.

In Orient Express Pro Street we saw several racers struggle on the top end. Angela and Darion Payne both were chopping the throttles on the top end trying to get as much out of their runs. Angela took the win over Payne. Dunigan, Williford, Gadson, Goadstone, Connelly, Ficher and Gargiulo all advance to round two. Gargiullo got lucky when Jake Dugan broke at the starting line as he struggle to make pass. We will see if he gets his bike figured out for round two.

In DME Racing Real Street Joey Gladstone blasted out another 7.74 to show yesterday number stick. Stewart, Starrette, Hylton, Merced and Diggs will all be back for round 2. Check out our links below for the videos and round 2 run sheets.

In round two of Top Sportsman Carlson, Clontz, Gadson, Mrowczynski, Armel, Windsor, Armel, and Procopio survived to head to round 3. Bob Carlson cut the best light of the round with a .009 and heavy hitters Dustin Lee and Boo Brown both went red on their rounds.

In Vance and Hines 4.60 we only saw one break out run for the round from Cameron Shelton. Whitaker, Lovingood, Pielt, Gadson, Honeycutt, Ostrowski, and Cornell will advance to round three.

Terence Angela took the win over teammate Jason Dunigan who left the line spinning the tire for the first 60 feet of his pass in round 2 of Orient Express Pro Street. Richard Gadson took the won over Williford and Mork Gargiulo got another lucky win when his competitor Tony Ficher broke at the tree. Joey Gladstone took the win over teammate Chris Connelly with the faster run of the session running a 7.05. Angela will take on Gadson next round and Gladstone will take on Gargiulo. The DME Racing team is hoping for an all DME final! 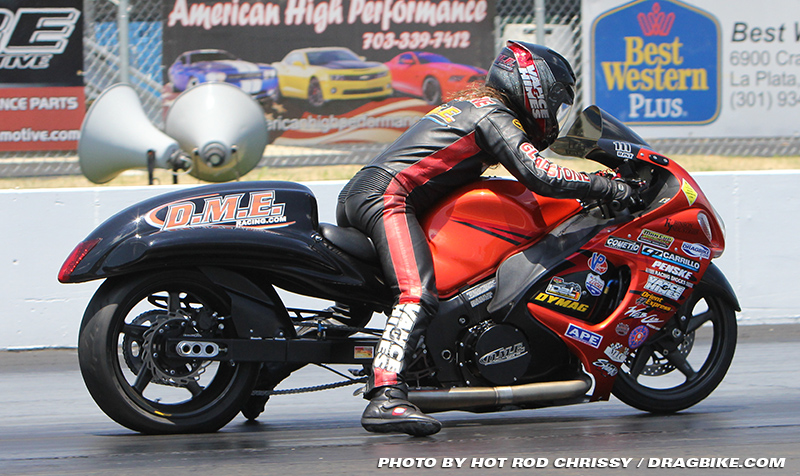 In round two of DME Racing Real Street Roger Starrette took an easy win when competitor Marcus Hylton was a no show. Class champion Anibal Merced took the win over Richard Diggs. And Joey Gladstone once again ran a 7.74 for the win over David Stewart. Next round Gladstone will take the bye to the final round while Starrette takes on Merced.

Vance & Hines round three gave wins to Eran Pielert, Dustin Honeycutt, Michael Ostrowski, George Whitaker. Rickey Gadson had the best reaction time of the round with a .007 Whitaker will face Pielert and Honeycutt will face Ostrowski next round.

In Orient Pro Street Mark Gargiulo didn’t get lucky this time around with Joey Gladstone in the other lane. Terence Angela took the win over Richard Gadson to send DME Racing teammates to the final against each other.

In the Pro Street Final teammates Joey Gladstone and Terence Angela were back to their familiar final round match-up. This time Joey takes the win over Terence for the second consecutive win at IDBL this year.

In DME Racing Real Street Joey Gladstone went into the final as the fan favorite running consistent 7.74’s. But it was class champion Anibal Merced who out ran Joey to take the win.

Vance & Hines 4.60 has once again shown up in force with 26 bikes ready to rumble. Michael Ostrowski took the #1 qualifying position with a 4.617 over #2 qualifier Bobby Lovingood. Next up in Orient Express Pro Street, it was a mess of a first round with racers struggling with the track. Richard Gadson is the #1 qualifier with a 7.043 in a 17 bike field. Rodney Williford is currently not qualified so we will see a battle today for the 16th position as Rodney plans to get back in the field next round. Jeremy Teasley on the Ronnie Mitchell Pro Street was the top MPH holder of round one with 204 MPH. Next we have DME Racing Real Street with tighter qualified field of 1o motorcycles. Roger Starrette is your current #1 qualifier with a 7.78 over class champion Anibal Merced who is qualified #2 with a 7.872

In round 2 of Orient Express Pro Street Richard Gadson loses his number one qualifying position to Tony Ficher lone six second pass of the session. While the entire class struggled to get down the track again, Ficher ran a 6.901 to take the lead while DME racing’s Terence Angela is not yet in the field as he sits in the #17 spot with a 8.308.

In round two of DME racing Real Street we saw two new entrants into the field from Shayne Proctor and Jamal Jones Sr. Joey Gladstone overtook the #1 qualifying position on his all motor Hayabusa with a 7.760 at 175.59! Just unbelievable performance by Skip Gladstone! Joey currently holds the record with a 7.75 that he set last year at Atco Dragway. We will see next round if Joey can run a 7.74 and reset his own record.

In round 3 of Orient Express Pro Street qualifying, we finally found ourselves back in the 6 second zone with four racers giving us what we came here to see. Tony Ficher kicked off the session with the first 6 running a 6.886. Then Rodney Williford improved by almost a second to that the #4 qualifying position with a 6.893. Joey Gladstone also improved from second round running a 6.870. But the Terence Angela took the prize in round 3 when he took the #1 qualifying position after not being in the field the first two sessions. It was a huge sigh for Tuner Andy Sawyer When Terence made a clean pass and threw up a 6.87 on the board! Angela will face off against Darion Payne tomorrow in round one.

The third round of DME Racing real street was almost a copy of round 2 with not a lot of changes in the qualifying order, Jamal Jones Sr was the only race with a dramatic improvement moving from a 9.19 last qualifying position to a #5 position running a 8.04. Skip Gladstone delivered on performance on Joey’s Hayabusa when they threw up a 7.740 on the board to officially resets his own all motor record from last year!

In the FBR Shop 5.60 class 38 competitors battle it out in two rounds of qualifying. Ben Knight took the top spot with a 5.608 to lead the field. Spencer Claycomb is right behind him with a 5.611.

In Carpenter Racing Crazy 8’s Kevin Mrowczynski leads qualifying over 46 racers with a 8.89. Jeremy Brown is right behind him with a 8.98.

Tonight in the ET classes the sportsman racers were doing battle! In Brock’s Performance Street ET Bob Carlson and Mike Schulz both won six rounds before making it to the final to face off against each other. Bob Carlson dialed a 9.05, Schulz a 8.94 and then they were off with close reactions times. They were neck and neck the entire way down the track, but it was Carlson that would edge out Schulz with his 9.067 to his 8.9467! It was one of most exciting passes of the day!

The other exciting pass came in the final of Shinko Pro ET when Dragbike.com BAMF champion Dustin Lee met Shayne Proctor after seven rounds of competition. Lee dialed a 9.23, Proctor a 9.19, Shayne had the jump on the tree but he couldn’t shake Dustin Lee who came in like a wrecking ball! Right  to the strip they went and it was Lee who took the win with a 9.247 to Proctor’s 9.266!

We will be back in the morning for more exciting racing action! All our videos, time sheets, and photos are posted below!

Racers turned out in a good showing on Friday for the two scheduled test sessions despite a few rain showers that halted testing for a bit. But once the Gamblers race got started those racers went hard trying to take the first win of the weekend. Once again it was a race to the tower to get one of the 16 spots for the Gamblers race.  And most of the heavy hitters got a spot to race; Lee, Canoles, Carlson, Faiello, Honeycutt, Miller, Pryer Sr, McAdams, Proctor, Hamilton, Brown, Procopio and Gadson just to name a few. Larry Knosp and Mark Schwalm met in the final round after  they both took tough racers out round after round. In the final round Knosp dialed a 9.10 and Schwalm a 8.72. Schwalm uncharacteristically cut his worst light of the day with a .120 to Knosp’s .046. Schwalm couldn’t resist taking the stripe first and broke out with a 8.692 giving Larry Knosp the first win of the weekend! 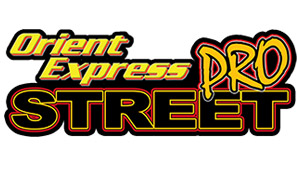 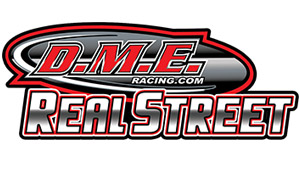 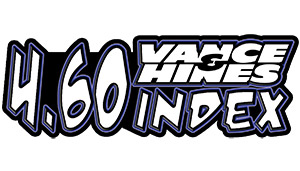 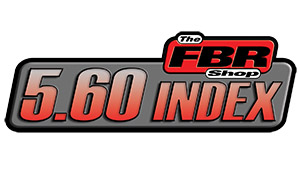 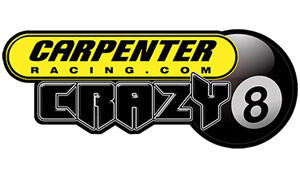 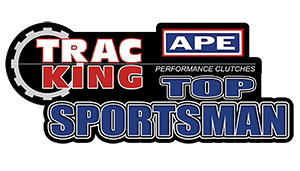 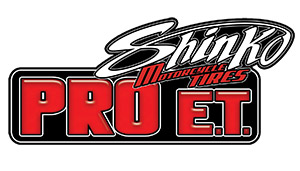 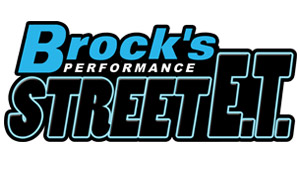 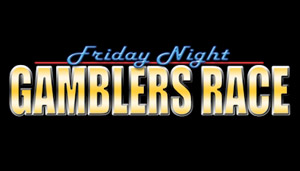