Thousands of racers, riders and fans packed Maryland International Raceway to produce one of the biggest motorcycle drag races in the history of the sport. 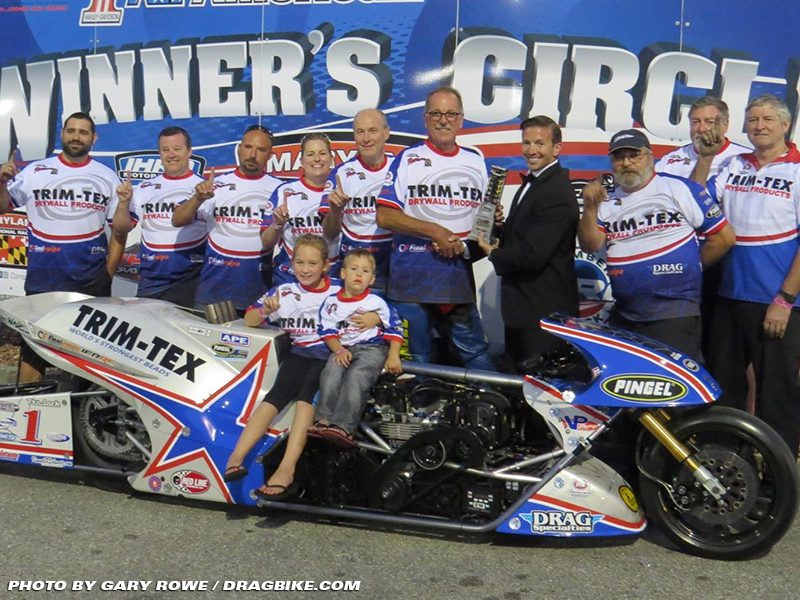 On Saturday evening, APE and Pingel Top Fuel superstars Larry “Spiderman” McBride and Dave Vantine treated fans to something unforgettable. The duo produced the quickest side-by-side run in the history of the sport with McBride clocking a jaw-dropping 5.74-second pass down the quarter-mile to Vantine’s 5.81. McBride’s 5.74 represents the quickest dragbike run on American soil, and the second quickest motorcycle pass in the world, behind only Peter Svennson of Sweden’s 5.70 world record.

The run was just the second side-by-side five in the history of the sport. Both record runs have come at Maryland International Raceway. Overall, McBride finished the weekend with four runs in the five-second zone to secure the event victory over Vantine.

The magnitude of the event surpassed the expectations of special guests of honor, motorcycle celebrity Paul Teutul Sr. and his Orange County Choppers team. Among the action, Robin Procopio was the big winner in Saturday’s “Paint the 1/4 Pink Breast Cancer Fundraiser, all-female race.” 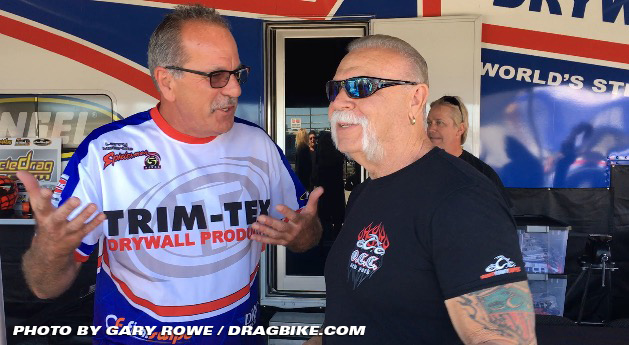 There were more than a dozen entries in the inaugural Trim-Tex Nitro Harley class. New York rider Peter Geiss took over the points lead with a final-round victory over the upset story of the event, Pro Fueler Billy Hendren. Geiss ran a 6.84 to oust the 7.99 of Hendren. 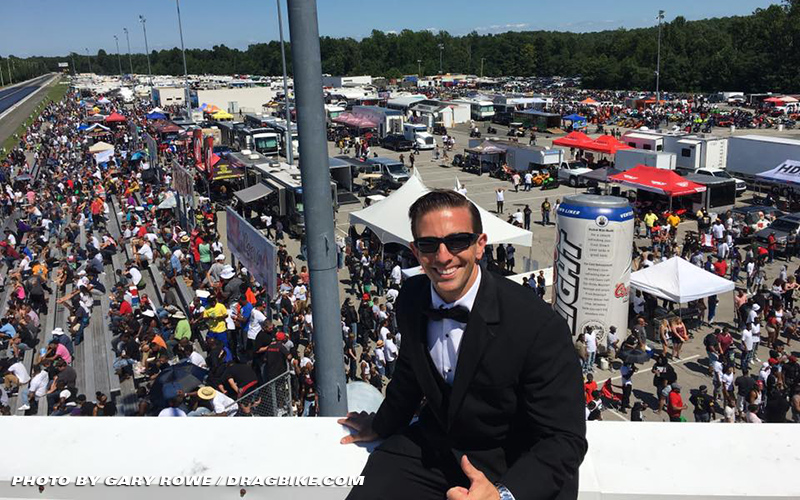 McKinney Motorsports Pro Mod saw a full field of some of the quickest competitors in the world. Iowa racer Brunson Grothus of Grothus Dragbikes made the long trip from Hawkeye State pay off with a 4.04 to 4.09 final-round win over Brad McCoy.

In DME Racing Real Street, multi-time class champion Johnny “Turbo” Dobrin followed up his May victory with 7.87 to 8.27 win over the CP-Carrillo team of Del Flores. With the runner-up finish Flores, in his first year with this team, climbed to No. 2 in the IDBL point standings.

Series veteran Eddie Chapman put his new DME-built motor to good use and recorded the category’s quickest turbo run at 7.75 seconds. It was not Chapman’s only achievement of the weekend. Chapman became the first winner of the 1 Stop Speed 600 Supersport class with his beautiful, red Kawasaki.

Series regulars and good friends Jeremy Brown and Courtlan Whiting met in the FBR Shop 5.60 final. Brown won on a holeshot as Whiting at 5.64 to 5.68 was slightly faster down the track.

Another holeshot determined the World Wide Bearings Crazy 8’s final, where Stephen Knight cut a razor sharp .003 light to beat Jeremy Teasley. It was needed as Teasley ran an 8.86 to an 8.89 for Knight.

For Proctor, it was an emotional victory. Last year at this event, he suffered a high-speed explosion, caught on fire and was confined to the hospital for weeks. Proctor was surrounded by friends and family in the winner’s circle. 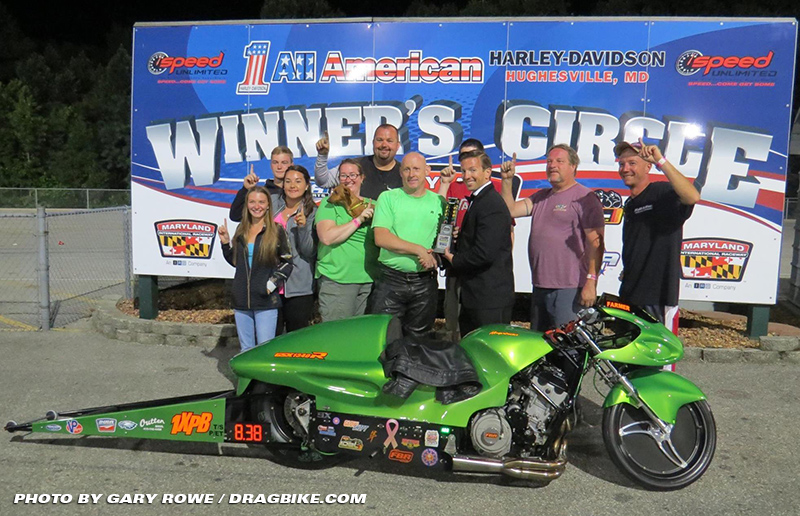 Also, the pits were packed as Team Money Cycles, Throttle Life, Garwood Custom Cycles and many others came together to produce the largest bike show in IDBL history, which included the largest ride-in crowd in series history.

“Thank you so much to everyone who came out for this unforgettable event,” IDBL President Jack Korpela said. “This is what we need to keep this sport moving forward. See you all at the next one!”