The wait is finally over and nitro will return to the track as this weekend the President’s Cup Nationals Fueled by Sunoco will take over Maryland International Raceway in Mechanicsville, Maryland. The professional national touring series has been on a two-and-a-half-month hiatus, and the racers and fans are ready to experience the thrills and spills of nonstop drag racing action on June 17 – 18. 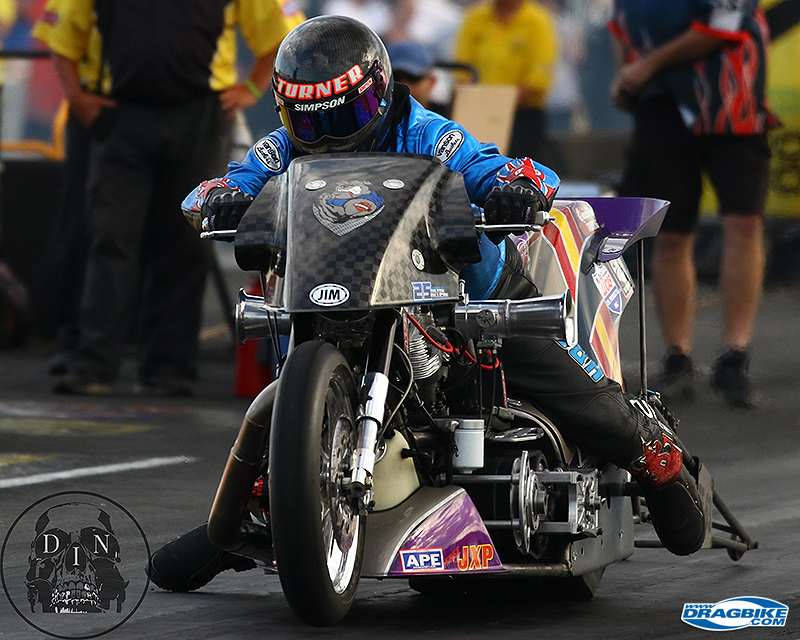 Additions to this year’s President’s Cup Nationals Fueled by Sunoco include a newly resurfaced drag strip and new grandstands on the spectator side. The famed Maryland International Raceway is notorious for breaking speed records as its elevation sits at 80 foot so there is no doubt the on-track competition will be record-setting. Fans will have the best seat in the house on the spectator side, which seats 5,000 spectators, to witness the earth-shattering passes.

On the racing side, the class, currently labeled the No Throttle Stop (NTS) 11.50 class, will be featured over the weekend. The NTS 11.50 class is an entry-level sportsman, heads-up index racing class. And, the President’s Cup Nationals Fueled by Sunoco will feature the Clevite Sportsman bonus for all seven Summit Pro-Am Tour classes.

Maryland International Raceway is located in the Washington-Baltimore region and features over 100 events annually. The facility opened in 1966 and has hosted 21 IHRA President’s Cup Nationals at the famed facility.

Jay Turner, 2015 Nitro Motorcycle Winner
“I think it’s awesome we’re having the third race of the season at Maryland International Raceway. I love going to Budds Creek, we’ve had a lot of success there. I won my first race there in 1996, and this is my 20-year anniversary of that first Budds Creek win. We have lots of friends and family that attend this event so it’s special for us. As for the surface…it’s like a new car, it smells good!”

Jason Rupert, 2015 AMSOIL Nitro Funny Car Winner
“I’m really looking forward to Budds Creek this weekend. It’s a great facility and we’ll definitely see some records reset. We’ve had some time to fine tune some stuff on our new car because every time we pull through the gates of an IHRA race, I know we’re going to race the most competitive cars in the country. We’re just going to try as hard as we can and hopefully end up in the winner’s circle during the President’s Cup Nationals Fueled by Sunoco.”

Matt Bertsch, 2015 Pro Stock Winner
“We are excited to be headed to Maryland International Raceway. It’s a great facility with great fans that love Mountain Motor Pro Stock. After a semi-final lose in San Antonio and two plus months off of racing, we are ready to defend our event title at Budds Creek, which was my first IHRA Pro Stock win! I am also looking forward to spending time with my dad, car owner and crew chief Bob Bertsch on Father’s Day weekend.

Billy Harper, 2015 Pro Modified Winner
“The crew and I are looking forward to returning to Maryland International Raceway. Maryland is where we won the National Pro Modified event in 2004 and after being inactive for several years we have returned with most of our 2008 crew to campaign in IHRA again. Our 2015 return brought us a win at MDIR and a great short season with IHRA. We are excited and committed to run the full 2016 season with IHRA and we are feeling confident with our first-place points standing. We are having fun being back in racing and look forward to our next win.”

The President’s Cup Nationals Fueled by Sunoco features two professional qualifying sessions on Friday, June 17 at 7 p.m. and 9 p.m. ET, and the final round Saturday, June 18 at 2 p.m. ET. Final eliminations are scheduled to begin at 5 p.m. Saturday, June 18.