The Mopar Rocky Mountain Nationals presented by Good Vibrations concluded at Castrol Raceway with the 13th running of the IHRA Nitro Jam in Edmonton, Alberta.

Edmonton, Alberta resident Kevin Boyer took home the IronMan in the Nitro Harley class. The Mopar Rocky Mountain Nationals presented by Good Vibrations was the first Nitro Jam event Boyer had entered this season and his consistency paid off. He posted a 6.53, 6.59 and 6.60 E.T.’s in his three elimination rounds and went up against Craig Pelrine in the final round. Boyer had a .089 reaction, 6.60 second run at 199.91 mph against Pelrine’s.114 reaction, 6.698 second run at 203.44 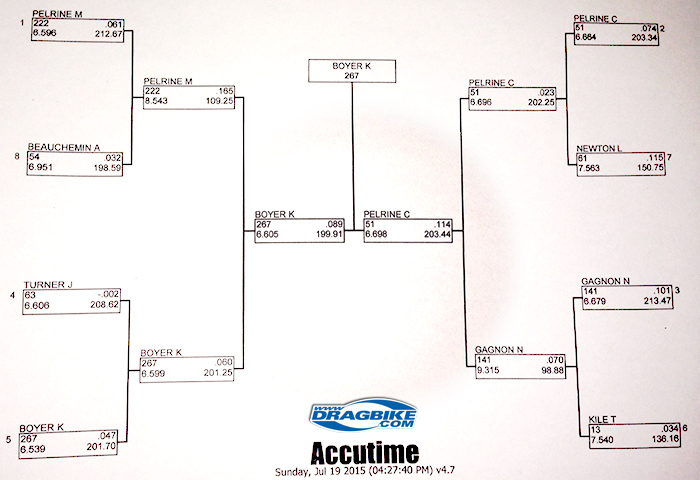 Next up on the schedule for the Nitro Jam Drag Racing Series is the Northern Nationals presented by Aeromotive at U.S. 131 Motorsports Park on August 7 – 8.