Jan Sturla Hegre claimed the 2015 EDRS Pro Nordic Top Fuel Motorcycle Championship and he repeated that in 2017, so it could barely be a surprise that the Uggerud Brothers rider claimed his third title in 2019. This season the title fight with Thomas Pettersson went down to the wire as Hegre had to win the final run of the season at Tierp Arena to claim the title with a 6-point advantage over the 2018 champion. Hegre did what he had to do, and although it was close all season, the third title for the Norwegian rider was a fact. 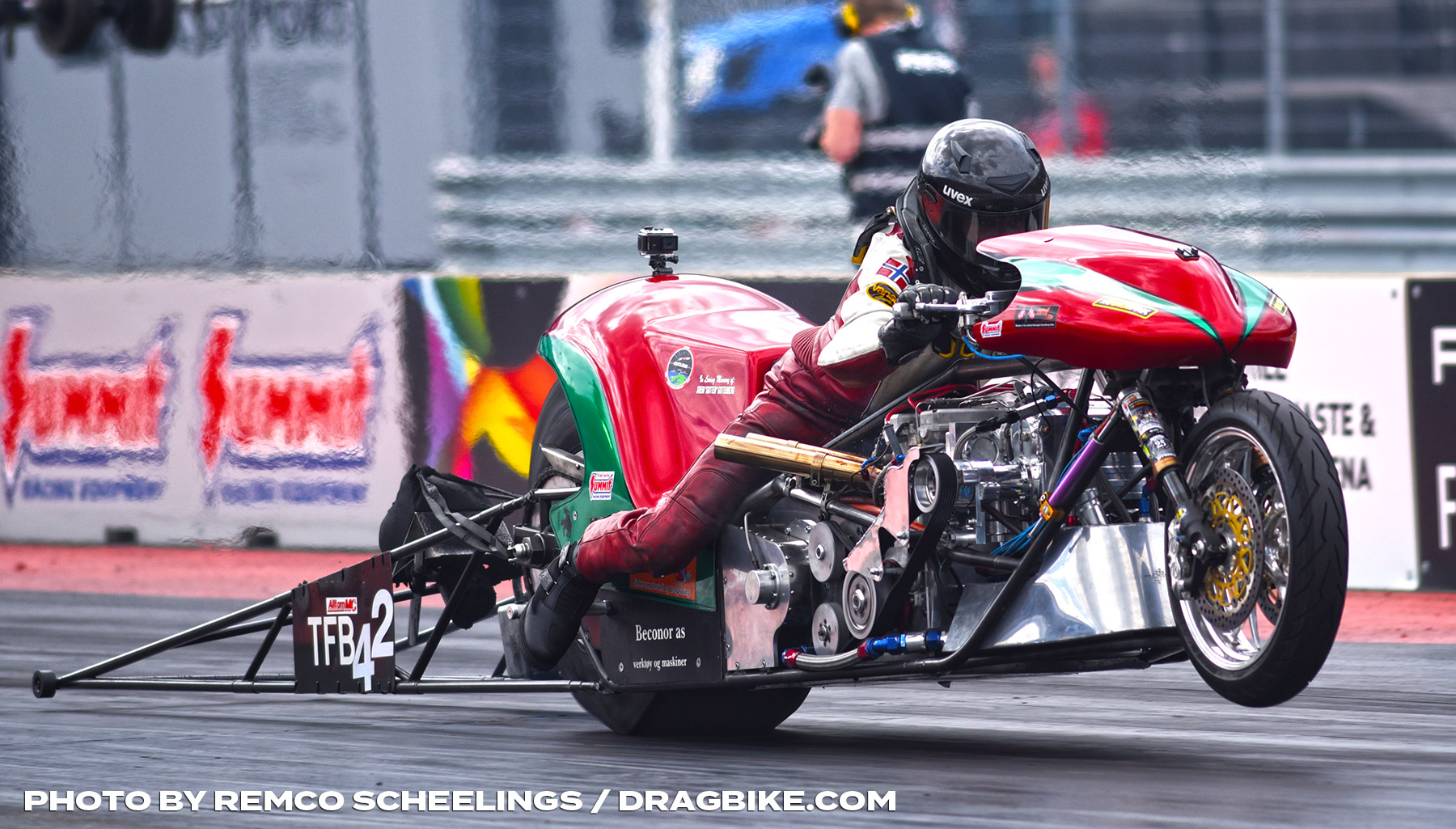 In the first two races of the season at Tierp Arena and Kauhava, Jan Sturla Hegre had to deal with some very quick riders from the FIM Europe European Drag Bike Championship. To his regret, he was beaten twice in the semi-finals by European record-holder Filippos Papafilippou from Greece. 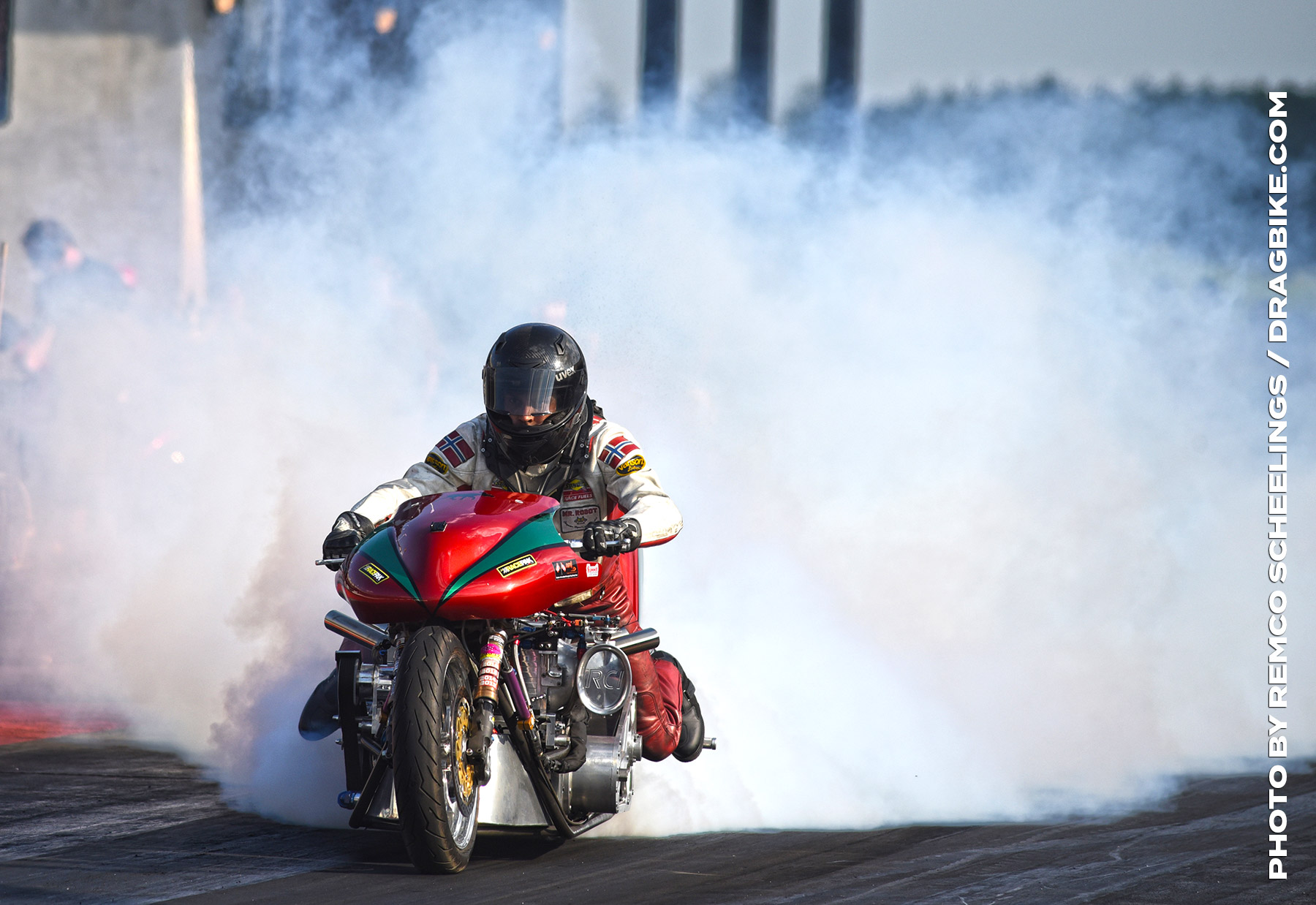 At his home track, Gardermoen, Hegre finished as the runner-up and with only one race to go he was in the second position in the championship, 40 points behind 2018 champion Thomas Pettersson. At Tierp Arena Hegre defeated Pettersson in the semi-final but still had to win the final to score the points he needed to claim the title. As it had happened before, the winner took it all, as Hegre won the race and the title, his third EDRS Pro Nordic MC Top Fuel Motorcycle title in five years. 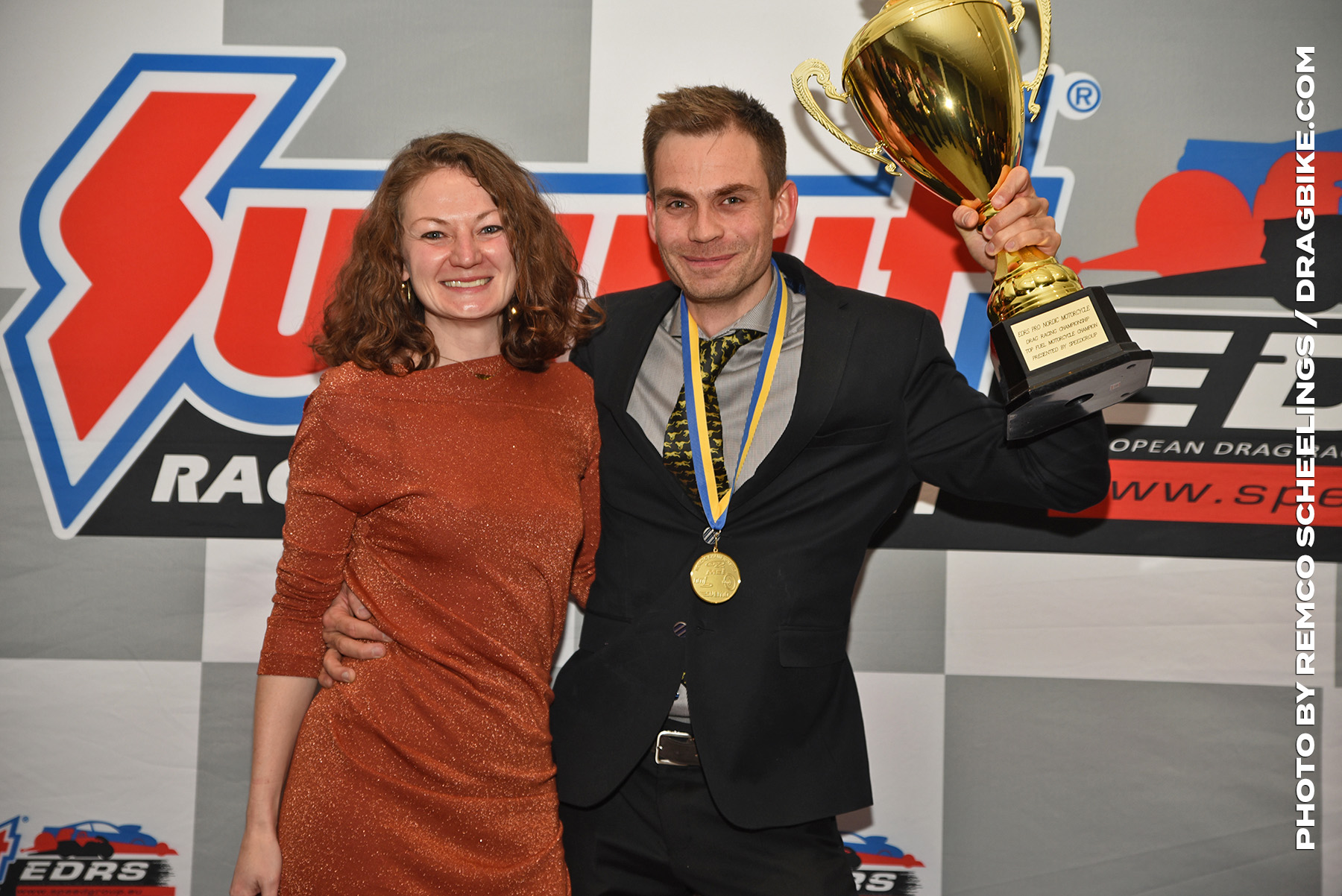 You won the 2019 EDRS Pro Nordic Motorcycle Championship in the Top Fuel Motorcycle category. How do you look back at last season?

Even though we won the championship, I find it hard to have been beaten twice by FIM riders. We worked very hard last winter to remove some bugs out of the bike and get the reliability up, but we didn’t solve enough to really get it right! 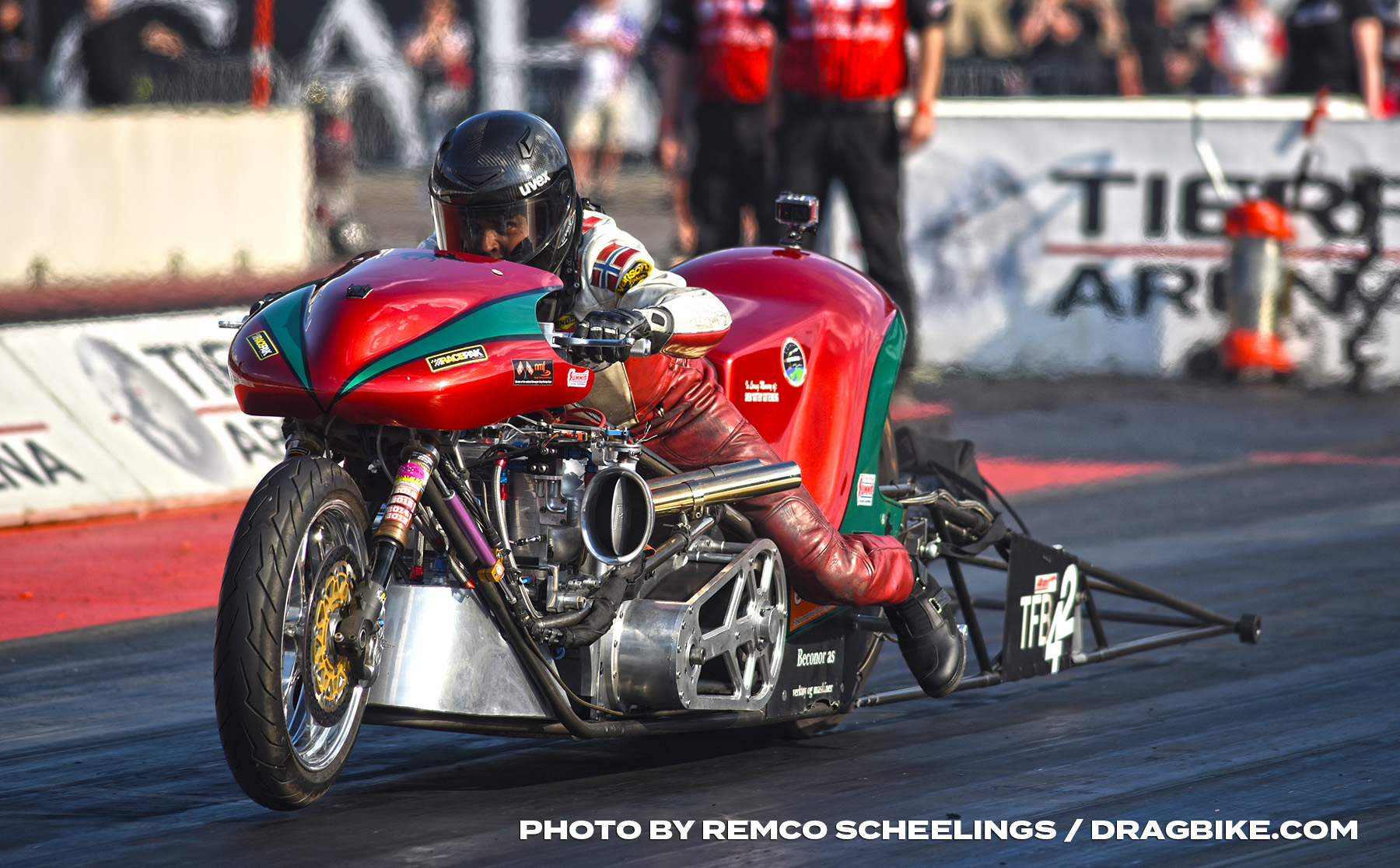 We had a season with some ups and some big downs. We didn’t have a bike to ride the week before the Summit Racing Equipment Internationals but managed to get our stuff together in the last moment. We were just happy to be able to do ‘stable’ 6.5-second runs that weekend. Thomas was so much faster in the reaction and my engine was so not happy, I shut early by conscience, but had to yank the throttle a bit more when I saw Thomas approaching fast! I was lucky he didn’t know I was in trouble. After some work in the depot again, we managed to repeat our ET against Andersson to claim the title. 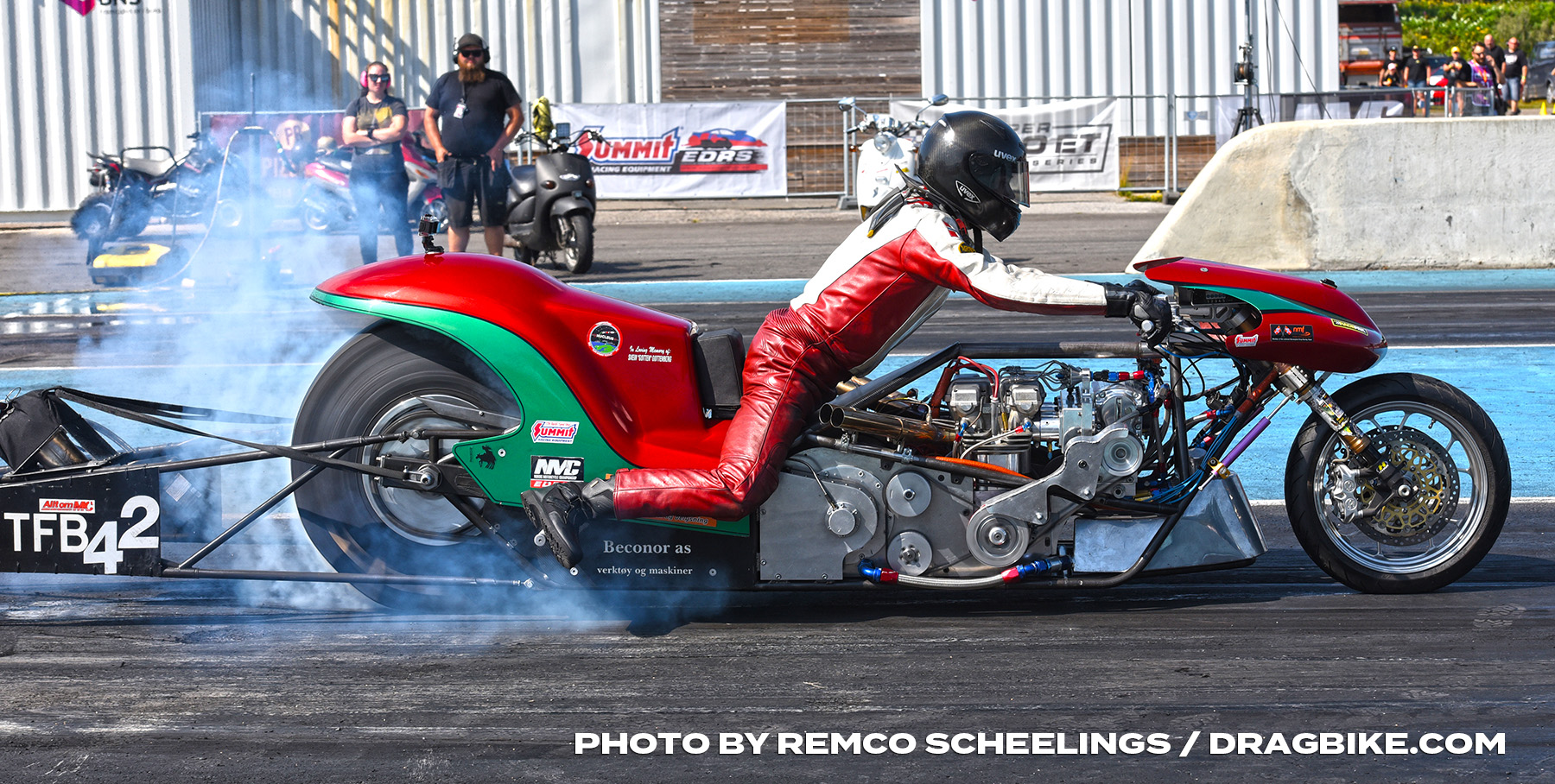 After a snapped rod in Tierp, our last crank said goodbye in Kauhava against Papafilippou. We really didn’t see any plausible solution to continue the season at that point.

Your Toughest competitor in 2019?

As always Thomas Pettersson is working hard every race to outperform us in endurance and reaction.

People/Companies you want to thank?

The whole Uggerud Bros. family and friends for putting all their effort into the bike. Special thanks to Stjørdal Maskinering who engineered our crank back to life by their bold thinking.

Plans, goals, and expectations for 2020?

We have found serious damage to the magneto ignition when we had it for service. We got suspicions after the second consecutive rod break on the same cylinder. After analyzing the data (better), we identified several symptoms of ignition trouble. The issue probably goes all the way back to a fire we had in the bike five years ago! We will refurbish and upgrade all ignition parts for more power, improved control and probably a lot better reliability! We will be back in 2020.