Jason Dungian Not Backing down at the MIROCK Spring Nationals

After coming off a 6 sec high at the Manufactures Cup, Jason Dunigan was eager to get to the MIROCK Spring Nationals to keep the momentum going. While he was not expecting to go a 6 off the trailer, he also wasn’t expecting to struggle through qualifying. Jason on his DME Racing powered Pro Street bike ran a 7.13 in the first round of qualifying but then was plagued with an mechanic problem that cost him the remaining two rounds of qualifying.

The entire DME team rallied around Jason’s bike after the third qualifier to find the problem. Twenty minutes before first round of eliminations you could hear Jason’s ‘Baconator’ come back to life, and the team dispersed from under the DME tent to head to first round of eliminations. First round of eliminations Jason was paired with the HTP bike ridden by Danny Cox. “I am always ready for the pass when I roll in the beams, but I will admit I get anxiety of the anticipation of the pass when I know the bikes is being finicky. I have faith in my DME team and I knew the bike would perform, but these bikes can be so temperamental that you just never know what could happen.” said Jason. 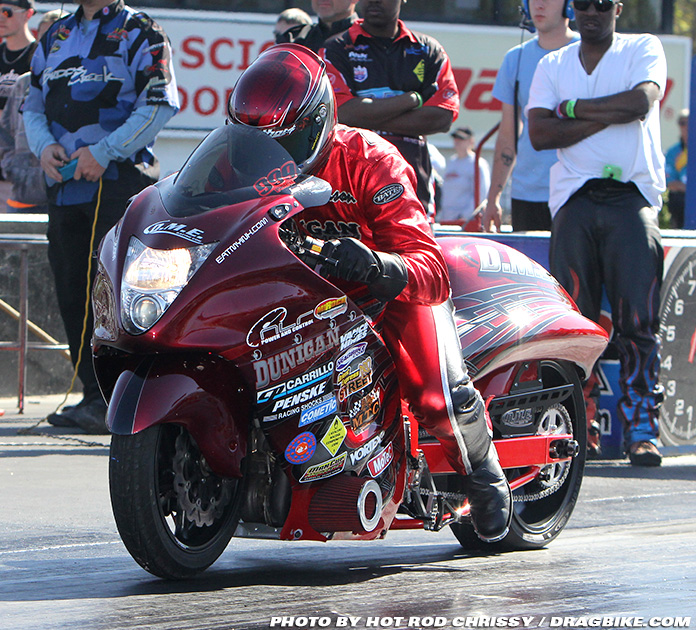 Well his beast cam alive and Jason did what he always does, he cut a good light and made a solid pass throwing up a 7.017 on the board to take the win over a struggling Danny Cox. The entire DME team took first round wins and Jason was feeling more confident for the second round against Rodney Williford. “Rodney is not a racer you take lightly, we went over the bike after that round and I was prepared to make sure I would give him a good run.” Again Jason cut a light on his opponent and took the win with 7.036 over Rodney’s 7.067.

With three of the DME racers taking wins in the round two, Jason was paired up with teammate Terence Angela. Before the semi-final you could see Terence working on Jason’s bike and Jason working on Terence’s bike and them both laughing before the round. But once the bikes come out under the tent, they both put their game faces on and their ready to challenge each other. With Jason and Terence both running close numbers during eliminations, it was really anyone’s race at that point. Jason cut a light against Terence but clutch issues would keep Jason out of the final round as Terence took the win with a 7.028. 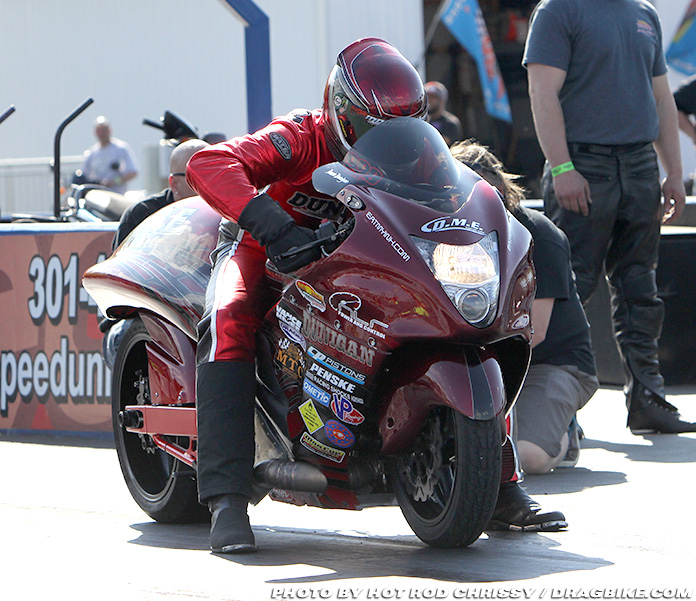 “Losing is never what I want, but I had a great weekend, we are getting the bike closer, we are half a tenth away from where we can be. I am looking forward to the next race and keeping this momentum going. I would just like to thank my Dad, Daddio, and the entire DME Racing crew. It is such a great feeling to know you are working with a group of guys that can make it happen even when our backs are against the wall. The entire team works hard, and when we struggle, we always seem to be able to work even harder to make the next pass happen. I am fortunate to be with a team that not only works hard at the track but also know how to have fun and make the weekends enjoyable no matter what our outcome is.”

Look for Jason and the DME Racing crew this weekend at the MIROCK Fast by Gast Summer Nationals at Maryland International Raceway May 30-June 1, 2014 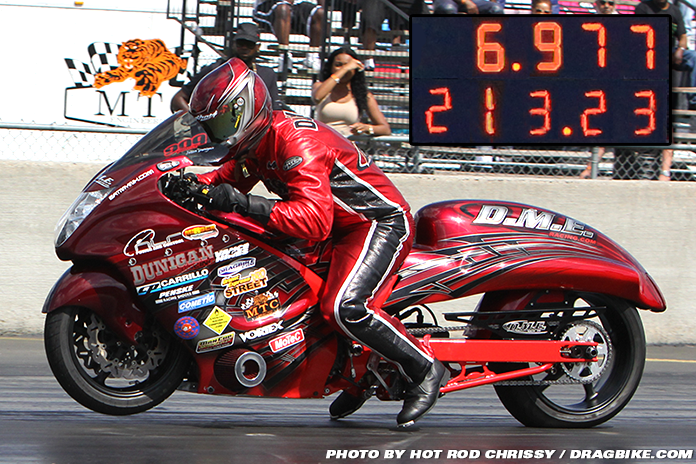