A member of the Top Fuel Harley motorcycle drag racing community passed at 7:45 AM, Saturday morning, June 29, 2019. Top Fuel Harley racer Joey Sternotti has passed on. His wife Rose was by his side holding his hand as he took his last breath and his dogs were there – his last request was fulfilled. Let it be known he was surrounded by love and compassion in his final hour as Cancer claimed yet another life too early. 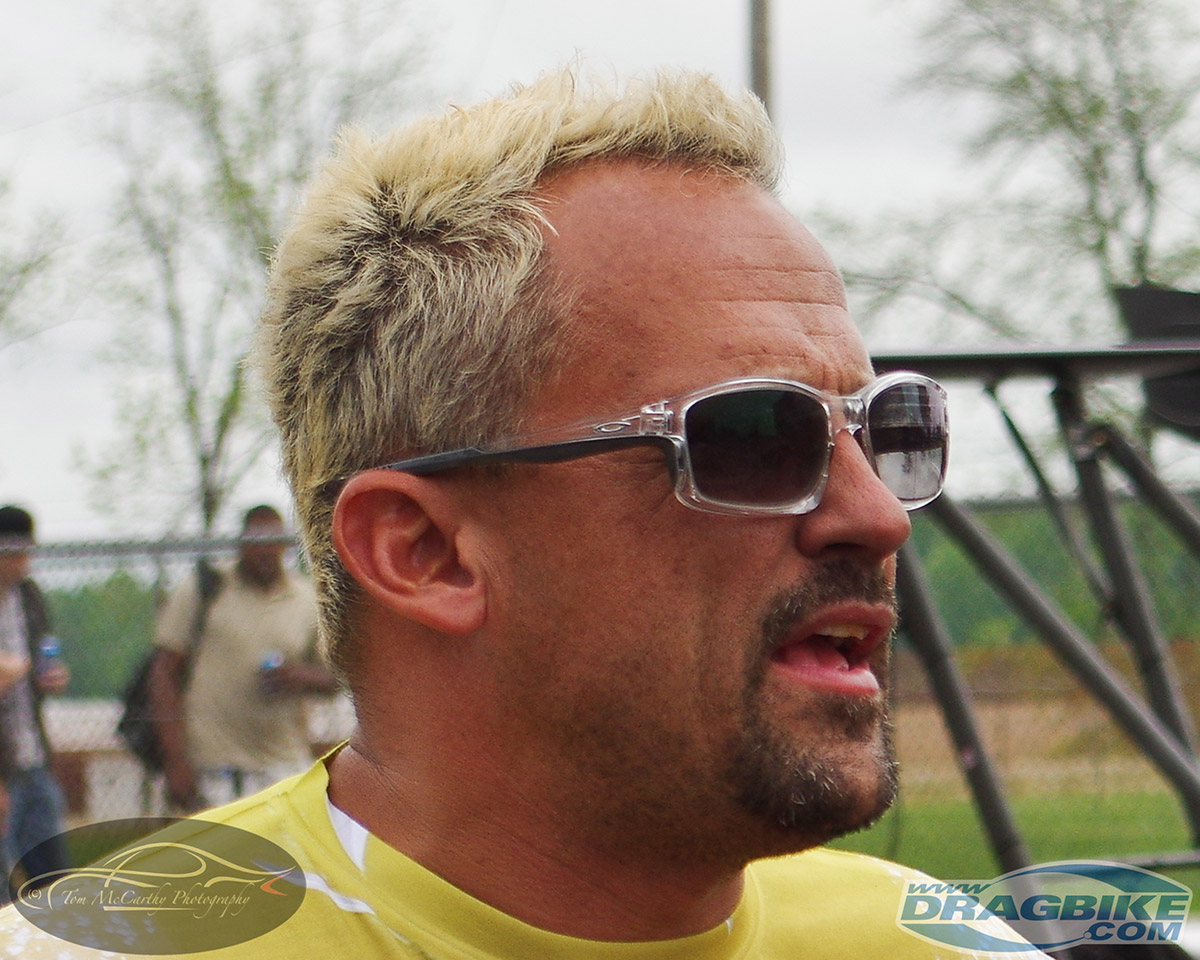 In 2015, when I first met Joey at Summit Motorsports Park, we were there for the NHRA Divisional race, featuring the Harley Davidson Racing Series – including Top Fuel Harley. As I spoke to Joey and his wife Rose in the pits for the first time in person, I was fully aware of Joey’s outgoing personality. He did not disappoint in our first interview. In fact, he gave me a gem of TFM drag racing wisdom I will never forget and I will always attribute to this racer. 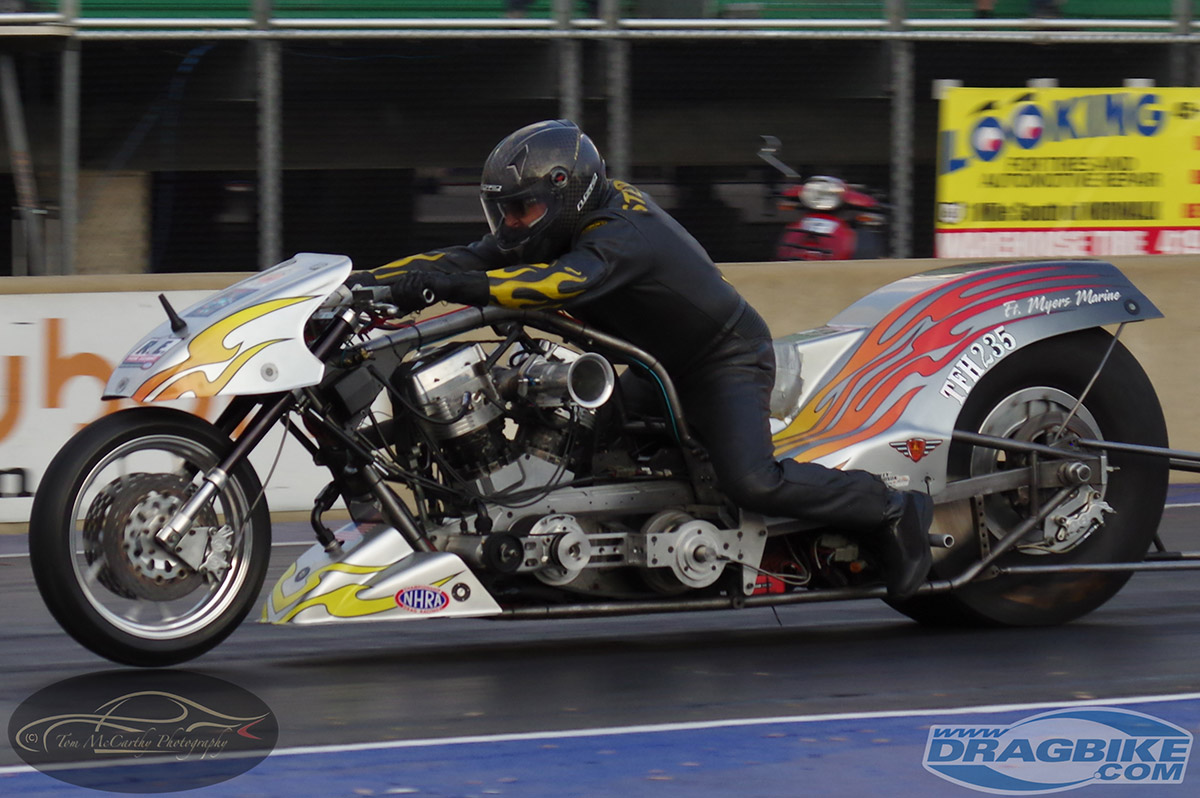 We were talking about what it takes to go Top Fuel Harley motorcycle drag racing and he said to me and I quote him directly “If you’re not ready to blow the heads off one of these things you don’t belong out here.” He said it with emphasis; he was not joking or paraphrasing. He totally meant business. Any racer who is not ready to blow their stuff up if necessary and keep going, just take it in stride, they do not belong in the arena with Top Fuel motorcycle drag racers. 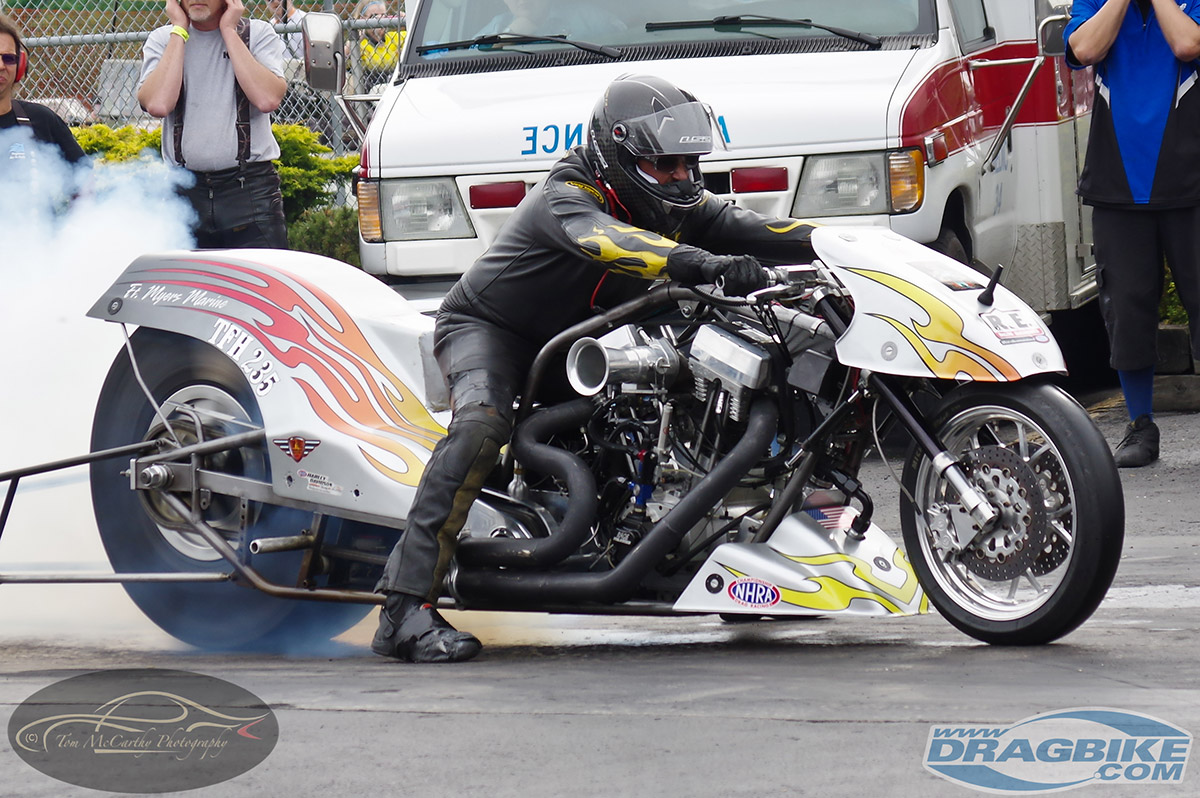 In drag racing, especially in fuel racing, things are going to go wrong, sometimes very seriously wrong – damage can be catastrophic at any moment – unless a racer has the right stuff and the resources to go forward, they will not get far in Top Fuel motorcycle drag racing – they do NOT belong out there. 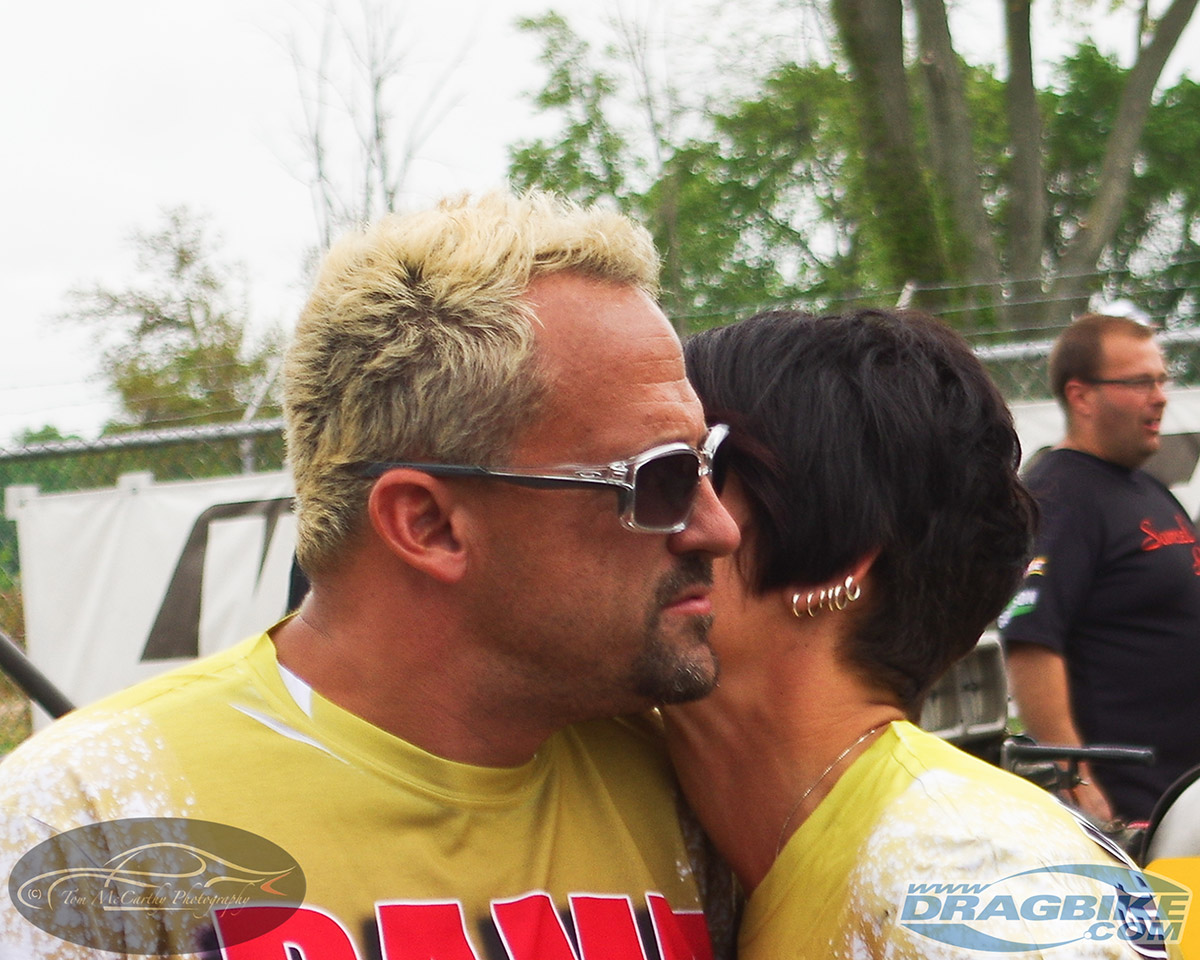 Joey was as serious as they come about Top Fuel Harley motorcycle drag racing. He began racing in the fuel bike ranks in 2008 and he remained a fuel racer all the way. His wife Rose was with him through and through, loyal to the end, at age 45, Joey Sternotti, gone too soon, a victim of cancer. 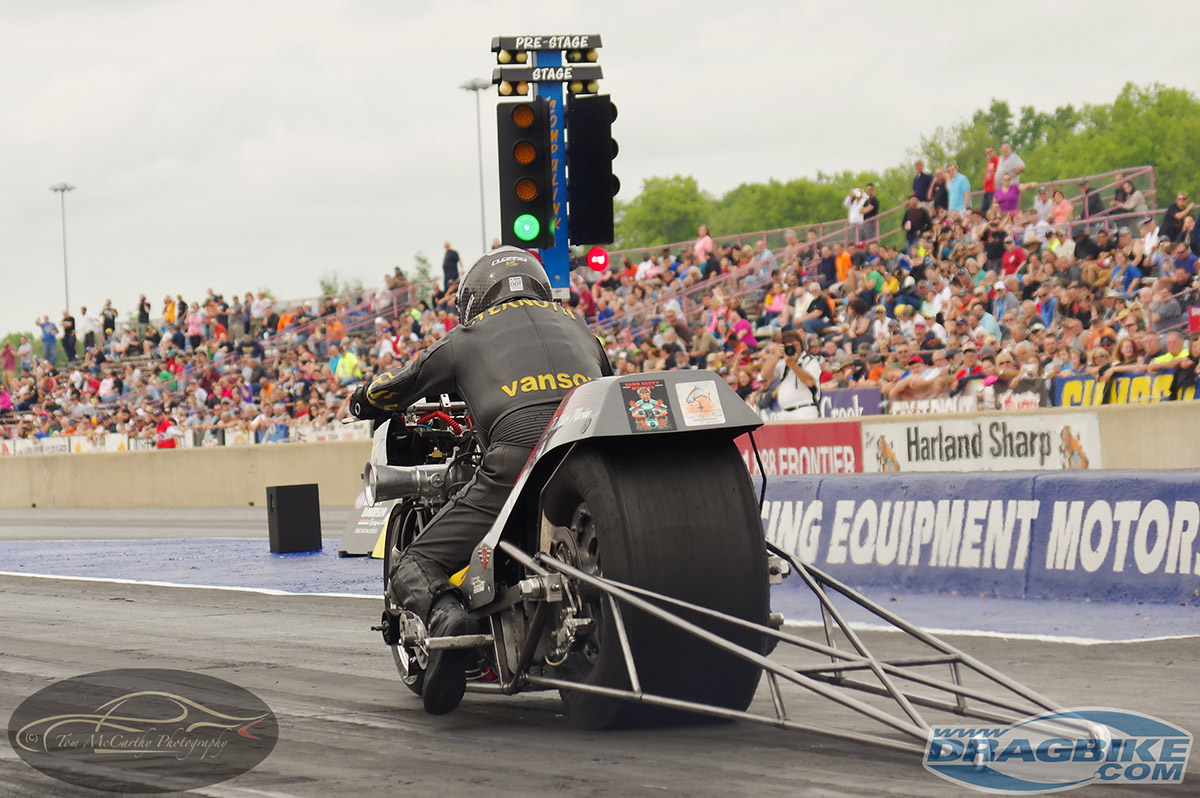