Friday’s plan was to just run the first round of qualifying off the trailer and collect data for the rest of the weekend. However, mother nature had other plans and sent what felt like a category 5 hurricane. Needless to say, round one didn’t happen.

Saturday was hot… a few passing showers mixed with the humidity made it tough to get a good handle on the bike. For round two of qualifying, we tried to throw a mild tune up at it and it was sluggish in the front half running1.24 to 60′ and killing my ET of 7.07 which was good enough to at least put us in the field for Sunday with 19 bikes on the property.

Round three of qualifying we threw a little more power at it to see if we could get the short times to come around. The 60′ was about the same but the added power early did result in a better front half and ultimately a better ET of 6.95 which solidified our qualifying spot. 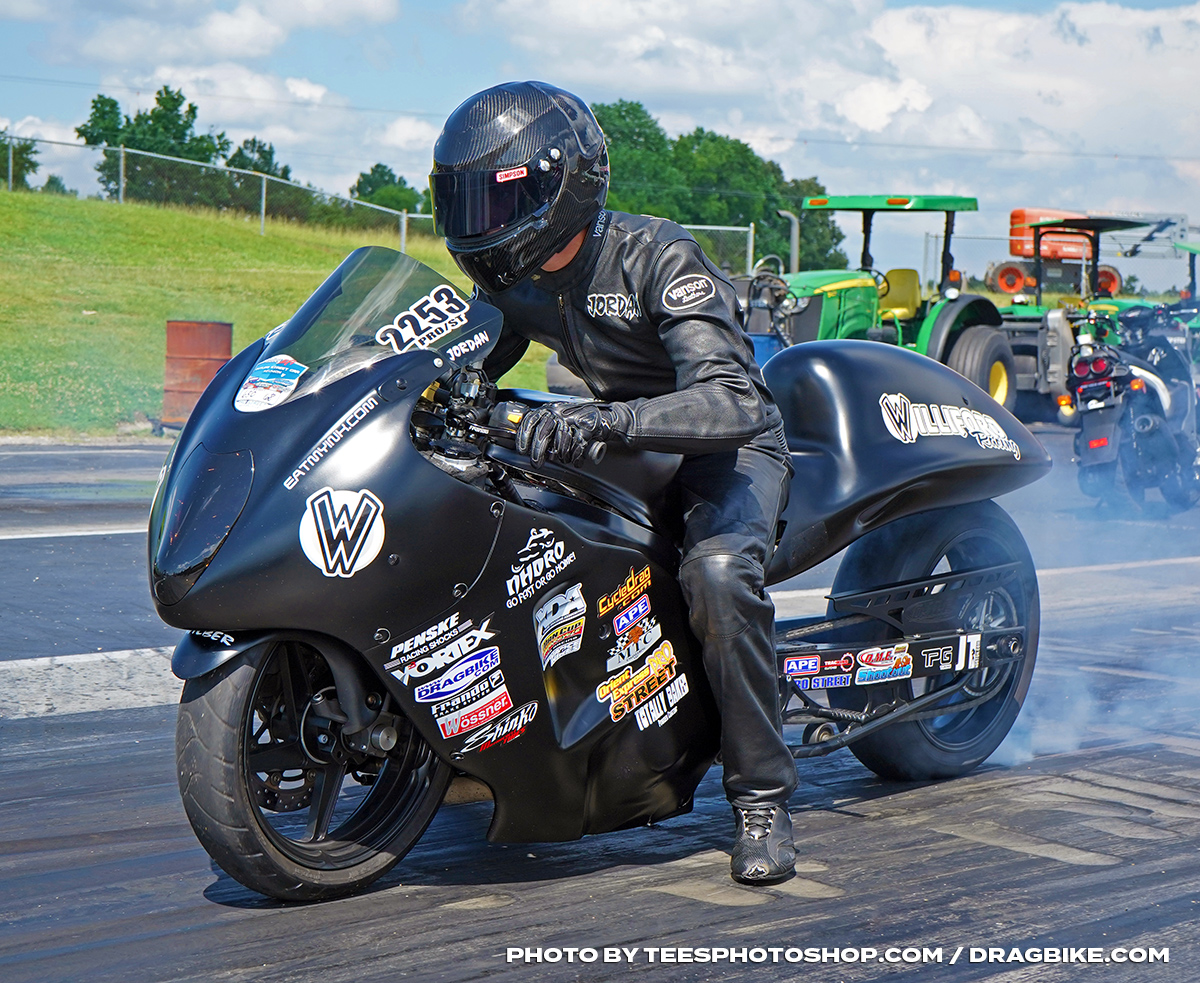 With everyone making small improvements throughout the day we knew we had to give it our all for round three of qualifying, which had the best conditions all weekend. Unfortunately, we put a little too much into it with more power and a small clutch change and it toted the tire out around 300ft so I had to pedal it. With the fast pedal job, it still went 7.00 but it was not what we were hoping for.

With qualifying complete and 12 of the 16 bikes in the 6’s we knew being number 11 put us up against a tough field.

Sunday for the first round of eliminations we were matched up with Chris Connelly Jr. who not only knocked me out at the last race but has added a runner-up, a win and lots of consistent fast runs to his resume since then. With that in mind, we knew we had to run our best number of the weekend and had to try to shoot for somewhere around my personal best 6.83. We took the tree and I had a slight advantage with a .056 light to Chris’ .065 light but shortly after the bike felt sluggish and he rolled around me. I tried my best to catch back up and when it seemed like I might be gaining some ground I plugged 5th gear and the bike spun the rest of the way down the track as I watched him drive away.

We will take the data and make changes for the next race July 27-29 for the XDA WPGC Bike Fest at Maryland International Raceway.

Special thanks to tuner John Gover and all our family, friends, supporters and sponsors for all they do and keeping us going!