HomeTeam ReportsJoseph Lind is heading to Pomona for the NHRA Championship

Joseph Lind is heading to Pomona for the NHRA Championship

Joseph Lind is heading to Pomona

Joseph Lind has raced motorcycles competitively since 2000. And 15 years into his career he is headed to the most prestigious race in the country, the NHRA finals.

“I ride a 2012 ZX-14R with a stretched wheel base of approximately  72″  it’s a stock hand clutch equipped with Brock’s springs and shims but still using OEM steels and fibers.  My ET’s depending on track elevation range from 8.67 seconds at 158 miles per hour to 8.90 seconds at 150 miles per hour depending on the track elevation and density altitude. I am currently the fastest street bike in our division and the only bike still using a hand clutch and full tree.” said Lind 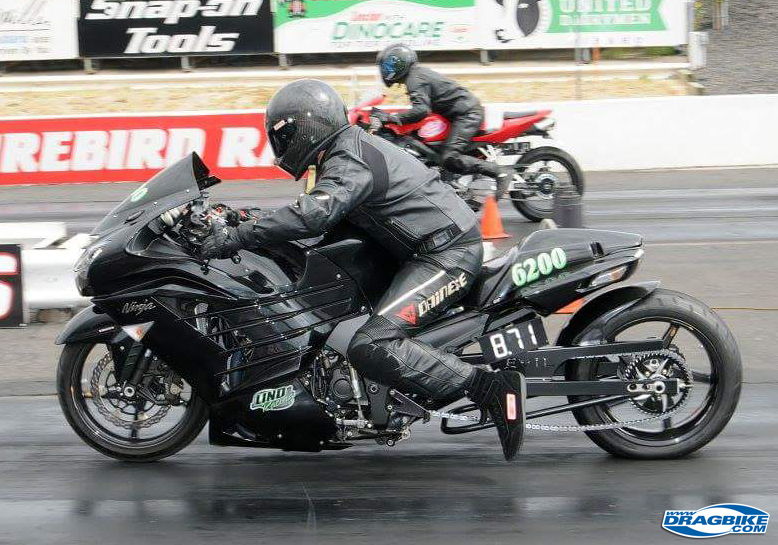 “This season I won both track championships at Pacific Raceways, the Wednesday night Drag Bike Club series and the Saturday motorcycle series making it to the finals 8 times and winning 7 of those finals.”

The top 6 riders from each track in NHRA Division 6 raced in Boise on September 4-6th. Approximately 80 competitors competed in NHRA’s Race of Champions. It’s a bracket style elimination race featuring only the best in each Division. Joseph went to the final round on Saturday night and won. This put him as the 1st qualifier in the nation to be invited to Pomona California in November for a 3 round race against the qualifiers from the other 7 NHRA Divisions.

The race at Pomona is the NHRA Mello Yellow Drag Racing Series World Championship.  This event is a nationally televised race series airing on ESPN network.  The Auto Club Raceway at Pomona holds 38,000 spectators and draws in an estimated 100,000 during the 3 day race weekend.  Television viewing numbers of this event are also growing every year. 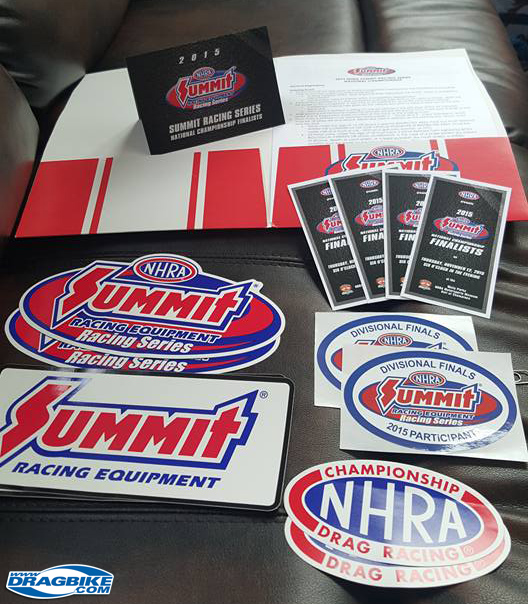 “To say I am pumped for they opportunity is an understatement.” said Lind. “I will be driving from Washington state to Pomona, California for a round trip for of  approximately 2300 miles with a small on my face and the determinations to take the WIN!”

Other Past Accomplishments include:

If you are interested in teaming up with Joseph for the NHRA finals,  he is currently setting up sponsors with advertisement on his towing trailer, table at the racer’s pits at Pomona, bike advertisement and racer/pit crew gear advertising Kawasaki.