Kawasaki Motors Corp., U.S.A. announced recently that they will donate a Ninja 650 sportbike for auction at the Oceana SeaChange Summer Party, attended by some of the largest supporters of Ocean Conservation in Hollywood including Ted Danson, Sheryl Crow and this year’s special guest, Leonardo DiCaprio.

Proceeds from the auction of the Ninja 650 will go to Oceana’s mission of ocean conservation, a shared goal by Kawasaki who’s global mission is “working as one for the good of the planet.” Some of Oceana’s victories include protecting Sperm Whales from California Fisheries, upholding Shark fin bans in the United States and many other policy victories for marine life and habitats in more than 150 countries. 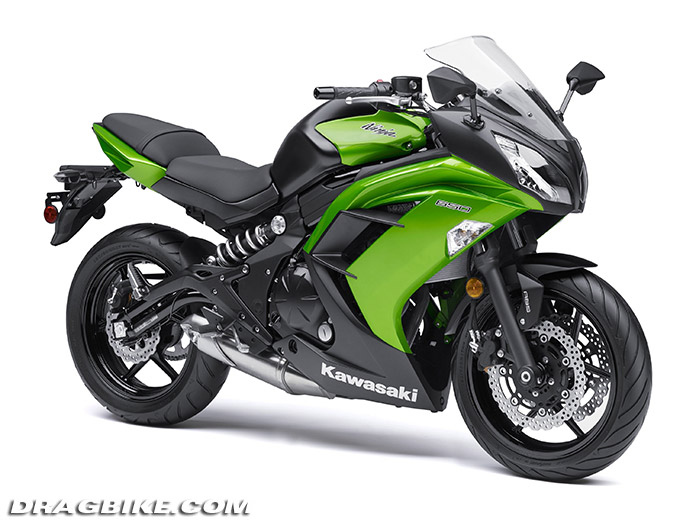 “Kawasaki is proud to support such a worthy cause that won’t simply affect our lives, but it will impact our children’s lives and the lives of their children,” says Chris Brull, Kawasaki Marketing Communications Director. “Ocean conservation is a critical and vital cause and every little bit counts.”

The Kawasaki Ninja 650 sportbike will be on auction at the SeaChange Summer Party on August 16, 2014, taking place at an exclusive villa on the Pacific Ocean. To learn more about Oceana and their mission of ocean conservation, please visit oceana.org, or seachangesummerparty.org

ABOUT KAWASAKI
Kawasaki Heavy Industries Ltd (KHI) started full-scale production of motorcycles over a half century ago. The first Kawasaki motorcycle engine was designed based on technical know-how garnered from the development and production of aircraft engines, and our entry into the motorcycle industry was driven by Kawasaki’s constant effort to develop new technologies. Numerous new Kawasaki models introduced over the years have helped shape the market, and in the process have created enduring legends based on their unique engineering, speed, power, design and riding pleasure. In the future, Kawasaki’s commitment to maintaining and furthering these strengths will surely give birth to new legends.

Kawasaki Motors Corp., U.S.A. (KMC) markets and distributes Kawasaki motorcycles, ATVs, side x sides, and Jet Ski® watercraft through a network of almost 1,200 independent retailers, with close to an additional 7,400 retailers specializing in general purpose engines. KMC and its affiliates employ nearly 3,100 people in the United States, with approximately 300 of them located at KMC’s Irvine, California headquarters. www.kawasaki.com.

K-Tech Suspension 100% Commitment -- 100% Confidence. Designed with winning in mind! For over 20 years K-Tech has built on their incredible success in global...
Read more