The track-only Ninja H2R and the Ninja H2 street model are the world’s first supercharged supersports production motorcycles. As such, they were considered landmark machines and important to the story of the development of motorcycle technology by the staff of the Barber Vintage Motorsports Museum. They will join their legendary Kawasaki performance predecessors on display at the Barber Museum, home of the largest collection of motorcycles in the world.

In addition to the museum induction, the Ninja H2R will also be making demonstration laps around Barber Motorsports Park at 11:50am on Saturday, June 13, as well as 10:50am on Sunday, June 14. This will take place during the MotoAmerica AMA/FIM North America Championship racing weekend.

For the demonstration laps, the Ninja H2R will be piloted by 2014 Pikes Peak Hill Climb Motorcycle Champion, Jeremy Toye. He set a record time and won his class at last year’s event aboard a Kawasaki Ninja® ZX™-10R.

“We are delighted to add the Kawasaki Ninja H2R and Ninja H2 to the collection at the Barber Museum. We see these machines as important steps in the development of the motorcycle and feel they deserve a place in the museum. They will be exhibited as notable pieces among other key Kawasaki models such as the original Kawasaki H2,” said Jeff Ray, Executive Director of the Barber Vintage Motorsports Museum

Chris Brull, Vice President for Marketing at Kawasaki Motors Corp., U.S.A. was also very enthusiastic about the inclusion of the new motorcycles. “We are thrilled that the Kawasaki Ninja H2 and Ninja H2R have been recognized as showpiece motorcycles by the Barber Vintage Motorsports Museum. These engineering marvels are very important models for Kawasaki and we are extremely proud to have them placed in such a fantastic venue for visitors to enjoy.” 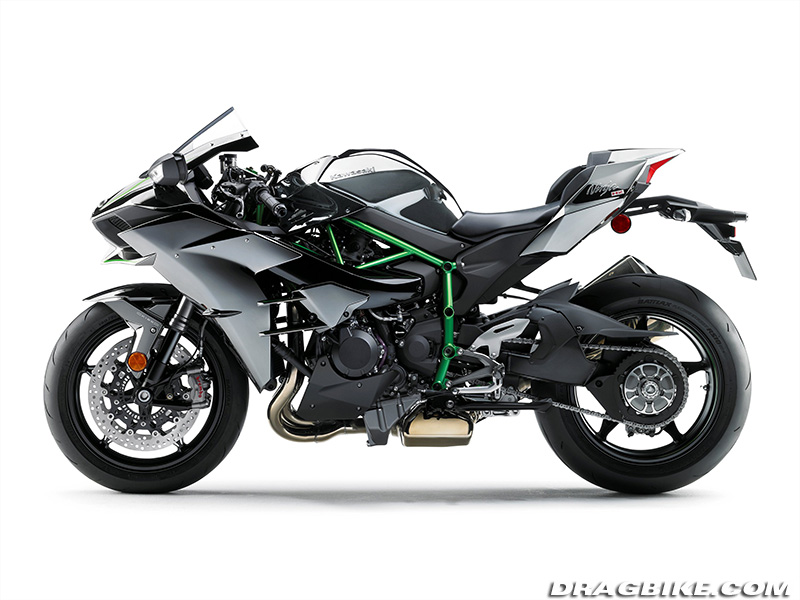 George Barber’s zeal for speed ignited his vision for today’s museum. Having raced Porsches in the 1960s, Barber held an impressive record of 63 wins. A thriving business executive, Barber rediscovered his motorsports passion in 1988 and began collecting and restoring classic cars. But since the world’s best and largest car collections had already been established, Barber heeded some advice from longtime friend Dave Hooper, a motorcycle enthusiast, who suggested Barber shift his focus from cars to motorcycles. Barber seized the opportunity to build the world’s “best and largest” motorcycle collection.

The Barber Vintage Motorsports Museum is a 501(c)(3) Not for Profit Foundation located at the 830-acre Barber Motorsports Park, in Birmingham, Alabama. Over the course of the past decade, the Barber Museum has brought people from around the world to Alabama, and it was named the #1 tourist attraction in Birmingham in 2014.

The museum is the home of the world’s largest motorcycle collection and is widely known for its collection of vintage Lotus racecars and other rare vehicles. Each year it hosts vintage motorcycle and racecar events, including the Barber Vintage Festival and Barber Historics.

The Barber Motorsports Park features a challenging 2.38-mile, 17-turn racetrack that hosts motorcycle and car racing events throughout the year, including the Honda Indy Grand Prix of Alabama. Since the inception of Barber Motorsports Park in 2003, the Porsche Sport Driving School has been a partner and is North America’s only Official Porsche driving school. The park also includes the Barber Proving Grounds, where Mercedes-Benz hosts the Mercedes Brand Immersion Experience for its employees. Zoom Motorsports, LLC is the exclusive event promoter for Barber Motorsports Park.

In 2013, Jalopnik named Barber Motorsports Park one of the “10 Prettiest Racetracks in the World.”

Kawasaki Heavy Industries, Ltd. (KHI) started full-scale production of motorcycles over a half century ago. The first Kawasaki motorcycle engine was designed based on technical know-how garnered from the development and production of aircraft engines, and Kawasaki’s entry into the motorcycle industry was driven by the company’s constant effort to develop new technologies. Numerous new Kawasaki models introduced over the years have helped shape the market, and in the process have created enduring legends based on their unique engineering, power, design and riding pleasure. In the future, Kawasaki’s commitment to maintaining and furthering these strengths will surely give birth to new legends.

Kawasaki Motors Corp., U.S.A. (KMC) markets and distributes Kawasaki motorcycles, ATVs, side x sides, and Jet Ski® watercraft through a network of approximately 1,100 independent retailers, with close to an additional 7,700 retailers specializing in general purpose engines. KMC and its affiliates employ nearly 3,100 people in the United States, with approximately 300 of them located at KMC’s Irvine, California headquarters.

Kawasaki’s tagline, “Let the good times roll.®”, is recognized worldwide. The Kawasaki brand is synonymous with powerful, stylish and category-leading vehicles. Information about Kawasaki’s complete line of powersports products and Kawasaki affiliates can be found on the Internet at www.kawasaki.com.