Kenneth Holmberg has finished in the top five of the EDRS Pro Nordic Pro Stock Motorcycle Championship several times, but the title and the number one plate were still missing on his list of honours. In 2019 that gap was filled with his first EDRS Pro Stock Motorcycle title, and as the championship winning bike was sold a few weeks ago, it was also the last one for the familiar bright orange Swecomposite combination. But as Holmberg doesn’t have the intention to quit, you never know with what kind of bike and in which category the champion will return. 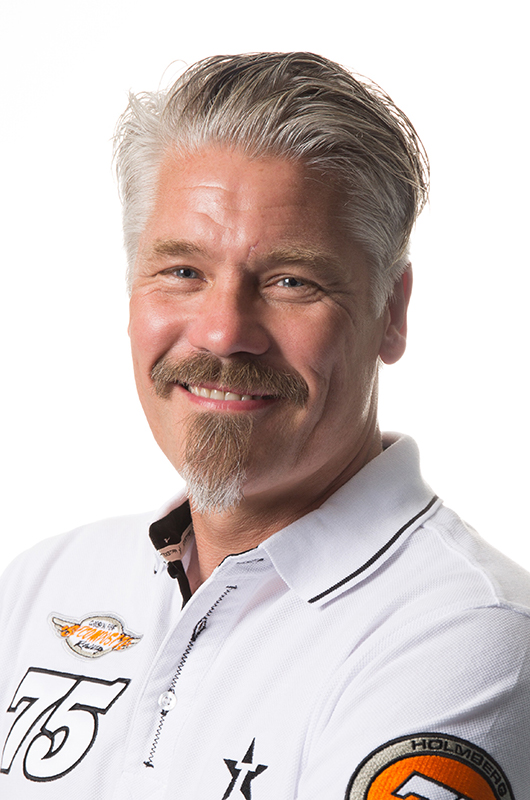 For many years Kenneth Holmberg has been a fixed asset to the EDRS Pro Nordic MC and FIM Pro Stock Motorcycle category. After some difficult seasons with engine problems that sometimes even made an early end to his season, Holmberg decided to start all over again with a ‘better safe than sorry’ approach. The EDRS Pro Nordic MC Pro Stock Motorcycle category didn’t have its best season with a lack of competitors in 2019, but that is something Holmberg is not to blame for and you can’t beat the ones who are not racing.

Holmberg’s safe approach paid off and the Swecomposite rider scored points in all three championship races. Holmberg started the final race of the season in the number three position, but by reaching the final, he claimed the title with a 5-point advantage over race winner and European record holder Kalle Lyrén.

How do you look back at last season?

The 2019 season was a ‘start over season’. We had been struggling a lot with engine issues the latest time. So we did a lot of changes for this year. We built an engine with not so tight tolerances to get back on track again. We know that this engine was not the strongest or fastest but just wanted to start tuning properly again.

The first race in Tierp felt okay with a lot of needed tuning and no engine failures. And of course it was nice to race on our home track, just one and a half hours from my home town and meet our friends, fans, sponsors and family. 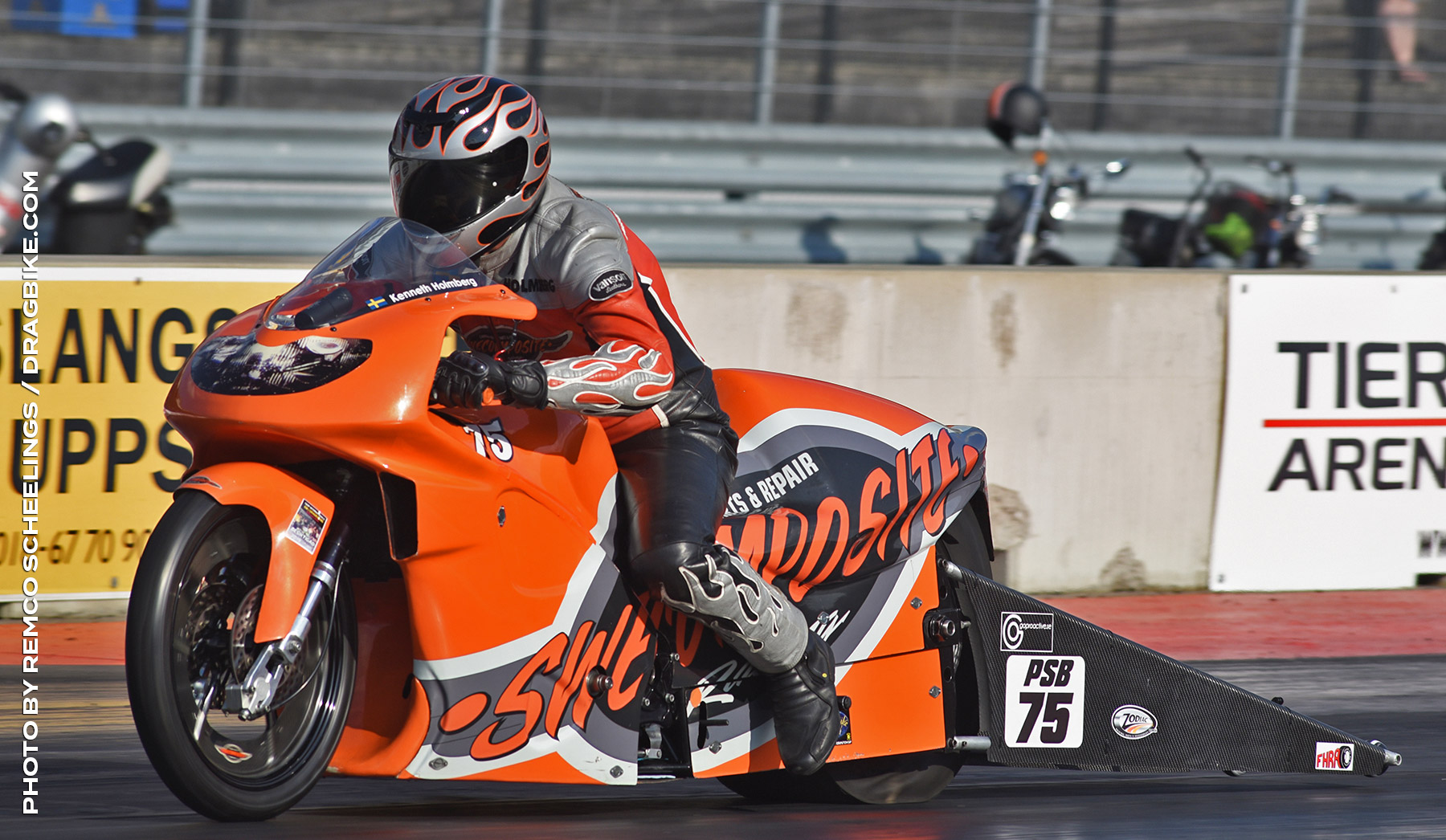 Even if 2019 was not the most successful year, I’m pretty proud of our team during this year and recent years, always keep on working hard, despite problems and successes. 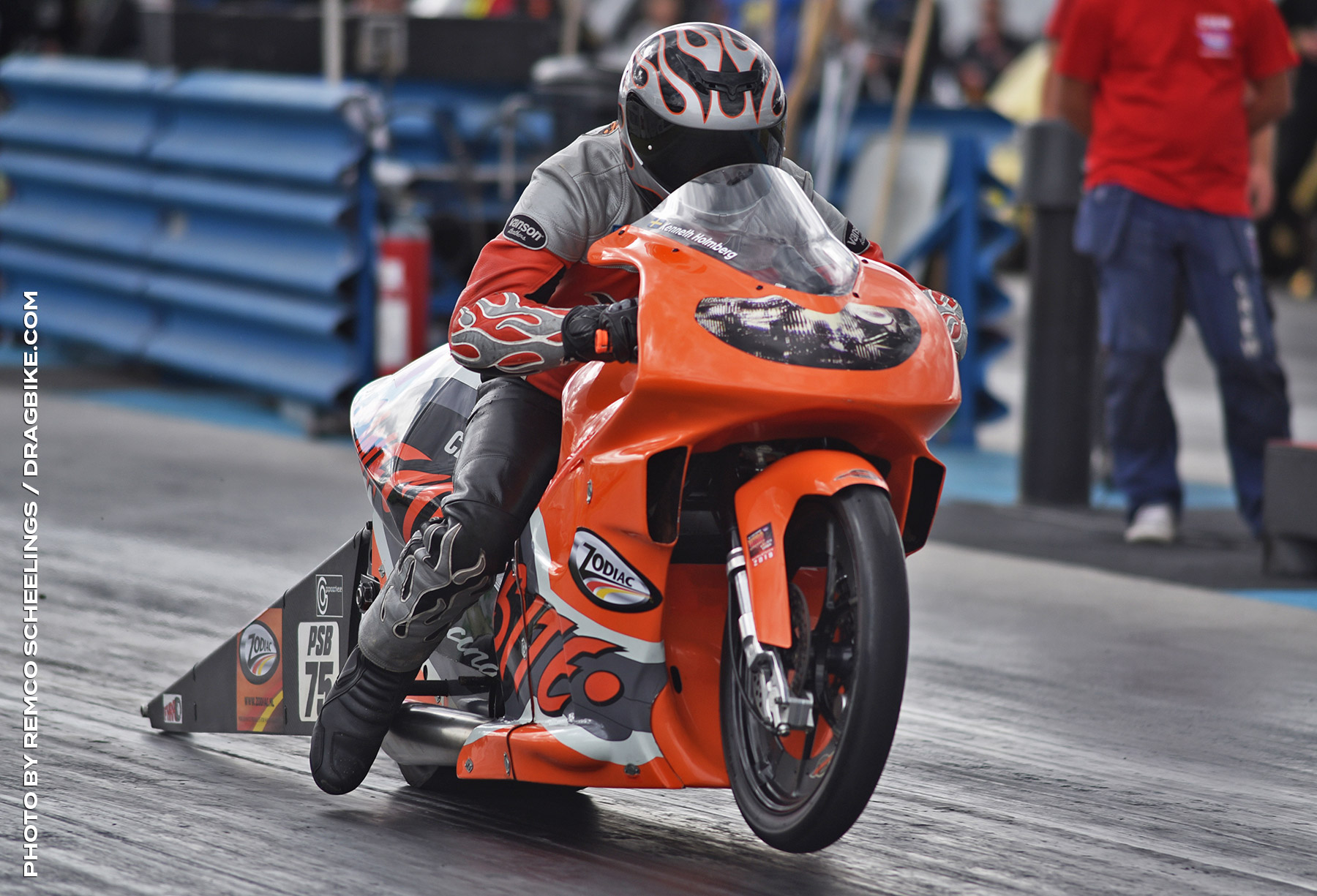 Worst and toughest moment this year must have been when we broke the engine in the final against Kalle Lyrén in the August race at Tierp Arena. A broken crank/rod in the burnout and that race was over. 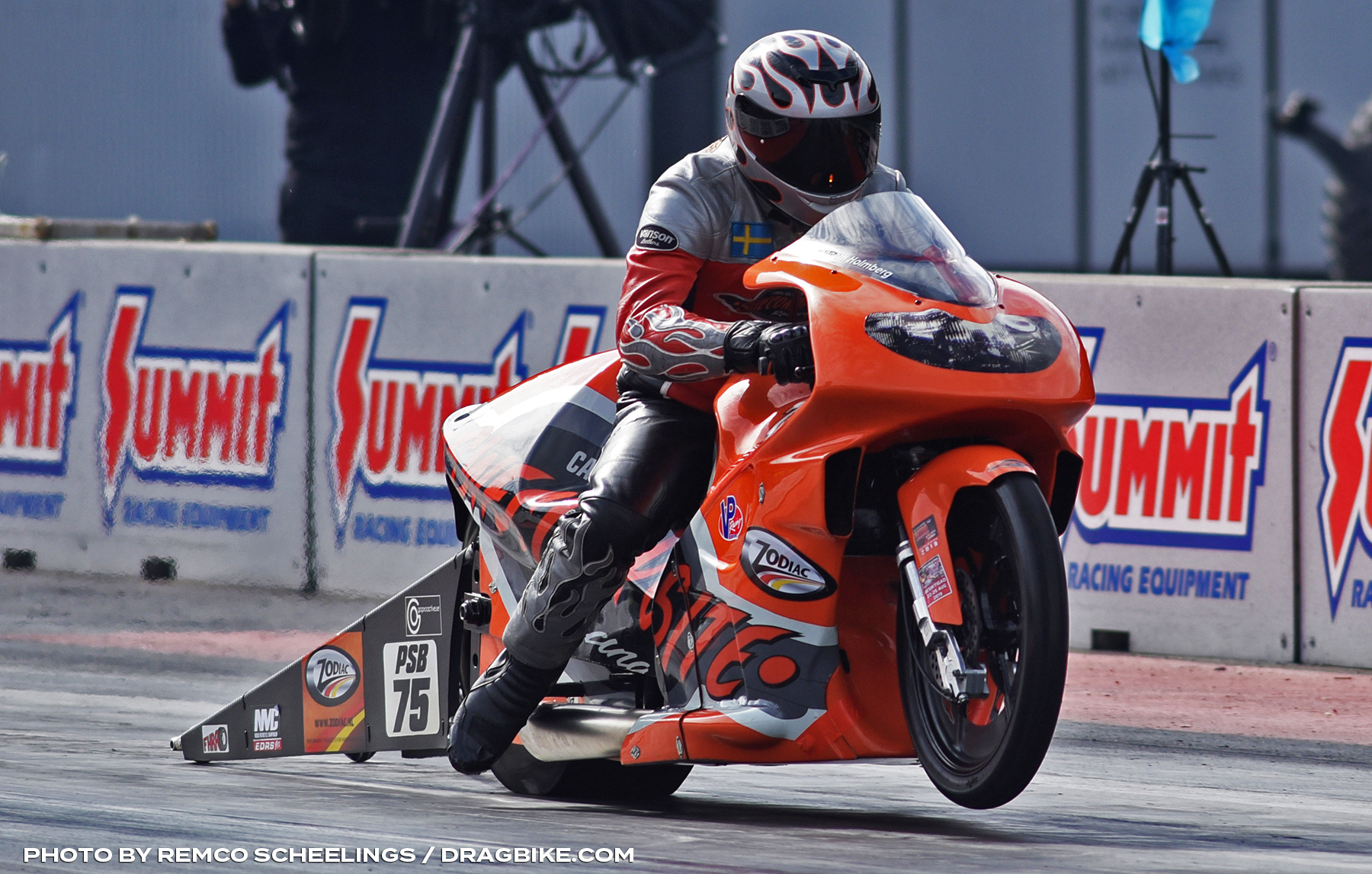 Your Toughest competitor in 2019?

Toughest competitor was Kalle Lyrén, talented, fast, a great rider and friend. I was impressed by his and the team’s force after his spectacular crash in 2018 and that they made so good numbers, like a new European record with 6.95 seconds. And of course our most successful Pro Stock rider in Europe over the years, Fredrik Fredlund from Finland with 7 European Championship titles.

People/companies you want to thank?

I will send a big thank you to my team members during the last couple of years, Kent Carlsson for many years of faithful support and service, Gabbi Nikolovska, Erik Larsson, Arne Backe and Tony Sundström. And the companies Swecomposite and De Palma for their support. And without an understanding family this would not be possible, so thanks Gabbi and family.

You sold your bike to Tim Christensen. What are your plans, goals, and expectations for 2020?

Yes, I was called a few months ago and asked if the bike was for sale. A bit surprised and right away the bike was sold. Tim Christensen is a really talented young rider and also an EDRS winner this year. I have always competed with 2-cylinder bikes and have never owned a 4-cylinder bike, this Pro Stock was the first one. If something should appear, there will be a twin.

I hope there will be many racers and good competition in the 2020 season.
– Kenneth Holmberg