The Koretsky family are now proud owners of a drag strip, as veteran NHRA racer Kenny Koretsky and his family, which includes his sons Kenny Jr. and current Pro Stock driver Kyle, has officially purchased Maple Grove Raceway, which is located just outside of Reading, Pa.

The fan-favorite track has been home to a NHRA Camping World Drag Racing Series event for nearly four decades and will host the opener to the NHRA Countdown to the Championship, the Pep Boys NHRA Nationals on Sept. 15-18.

“It’s still kind of a surreal feeling,” Kyle Koretsky said. “Our family bought a facility we’ve been going to our entire lives and doing what we love to do. We see this as a huge business opportunity, and we’re looking to grow the business and give the racers a great experience. We’ve got a lot of great ideas and we’re looking forward to this.” 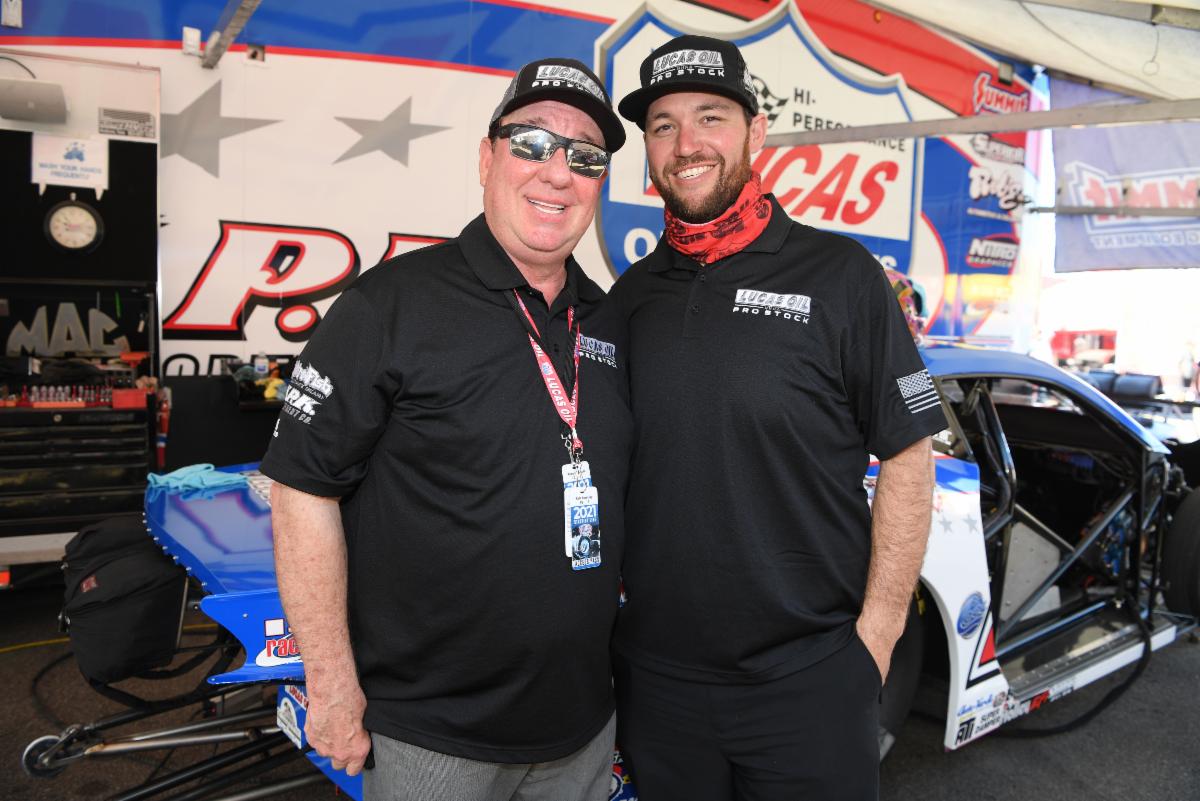 Along with the NHRA national event, Maple Grove Raceway also plays host to a NHRA Lucas Oil Drag Racing Series regional race on May 27-29 as well as racing action throughout the year.

The Koretsky family sees this as a unique opportunity to build on the 30-plus years of history and remarkable performances that have taken place at one of the fastest tracks on the NHRA circuit. Located in the heart of Amish country, the track is surrounded by trees and boasts a wonderful, scenic backdrop for the massive fanbase in the area.

It’s also been the longtime hometown track for the Koretsky family and as track owners, they’re eager to do their part to add to the legacy that’s already been built at the track.

“I grew up racing there and I watched everyone race at the track. I have so many good memories there, from racing Jr. Dragster growing up to racing Pro Stock there for the first time last year,” Koretsky said. “It’s such a cool atmosphere being out in the country. You come up over that hill and see the track and it’s just so cool. It’s going to be a lot of time and commitment, but this is a dream come true for our family.

“The fans in that area are diehard fans. They love drag racing, especially Pro Stock. It’s a great facility, the track is fast and it’s just a great vibe when you roll over that hill and get to the track. We just want to continue to enhance that experience for everyone.”

Koretsky, who won his first Pro Stock race in 2021 after making his class debut in 2020, said they will begin immediate work on making several renovations to the facility, including general clean up, landscaping, paving, and upgrading the bathrooms. They will also look to make continuous upgrades and improvements to Maple Grove Raceway with the hope to make it an overall entertainment destination for fans.

“The sky is the limit,” Koretsky said. “You look at some of those historical pictures on the wall at the track and it’s something we just want to continue from generation to generation. We’ve got a lot of big ideas. It’s such a family-friendly environment at the track and we’re really looking forward to this opportunity.”

To purchase tickets to the Pep Boys NHRA Nationals at Maple Grove Raceway, visit NHRA.com. All children 12 and under will be admitted free in the general admission area with a paid adult.