The Greatest Bike Show On Earth invaded sunny Florida for one of the biggest motorcycle events of the year, the 2020 Grand Finale, Grinchmas Featuring the BIG 8 Big Bank.

Wow-what an INSANE weekend… Grinchmas 2020 will always be one to remember. We just wanted to first apologize to the racers for not getting a chance to finish out to thru finals for each class or shootout.

We knew we had to run a tight schedule in order to get it all done… with the days we had allocated, unfortunately, that didn’t happen with the big crowd, weather, format, oils downs, schedule, etc. but that’s on us, we will correct it.

Left the track earlier today after speaking with Orlando Speedworld for KOG Grinchmas next year, brainstorming on the best way to try and make this huge event go smooth as possible. We will be extending Grinchmas to a full 3-day event. Again we apologize for things not going as planed for the first race but we strive to make things better in 2021! It’s hard to satisfy all, but we WILL get it right!
Thanks again to all the racers & fans for showing up and making this thing huge! Thanks to all our sponsors that make our wheels turn!

Big Thanks to Orlando Speedworld for welcoming us and showing the bikes some love!

Thanks again to all! from KOG!
-Rasheem Clark 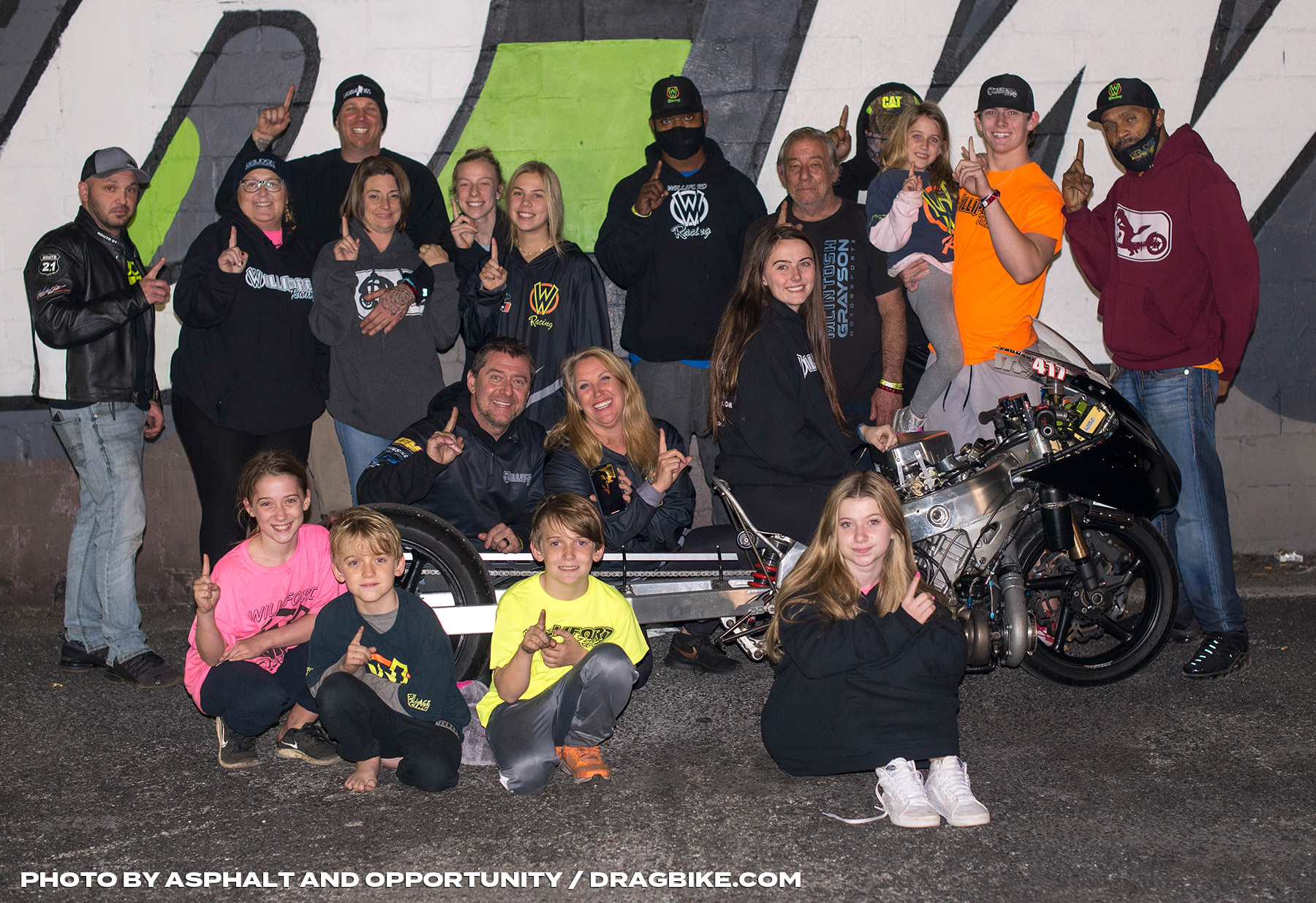 Uncle Same Gets the Big 8 Win!

Final Statement on DQ of Moore Mafia from the Big 8
Every bike that enters the BIG 8 knows the rules or stipulations inside and out! If they don’t or have a question about something, believe me I always get a call, email, or message asking. You don’t enter it without knowing them. All Big 8 bikes that sent lock-ins KNEW ALL the rules of this event beforehand, no questions about it!

When Chris talked to me about locking and entering into the Big 8, it was clear to both parties about the rules and what had to be done if he chooses to run the same type of bike application that he runs in Pro street. He knew what I meant about that… short and sweet, not going thru all that technical bs.

I informed Chris in at least 2 calls and few messages that if he wants to run a turbo 1K in the Big 8 Orlando, that he had to bring Mamba the bike that he rides in Pro Street with him.

Meaning both bikes must be capable of going down the track… this the same thing I did with Frankie Stoz back in 2017 Big 8 in Bradenton with his 2 turbo Hondas. He brought both of them, no issues or concerns of being protest or DQ’d.

Everyone knows the rules, ANY BIKE that enters can be protested at any time before or during the race. Chris knows this, he has protested bikes himself about bikes before at the end of races as well as been protested against on and Hand Clutch bike issue.

So no blame can be put on Richard Gadson, in fact Richard wasn’t even the person that came to me that wanted the bike looked at. It’s was several other participants, in which I told Chris in conversation before that this would happen if he didn’t bring both bikes that run. IN FACT, In our last phone conversation about this, he stated that he was definitely bringing Mamba also to make a 1/4 mile pass to flash the board to lower the ET record. I told him that’s great, I would let him make that pass and have Orlando turn on the boards.
When Chris Moore choose to enter the Big 8 and put up the entry money, he knew all the stipulations, rules, conversations, & the possibility of being protested and DQ’d. He could not provide both bikes as stated to him… therefore he was disqualified from the race.

We did not want to do this… but we must be fair to everyone else that entered the race & knew the stips & rules beforehand and understood what could happen. Again we really hated that all this had to happen. 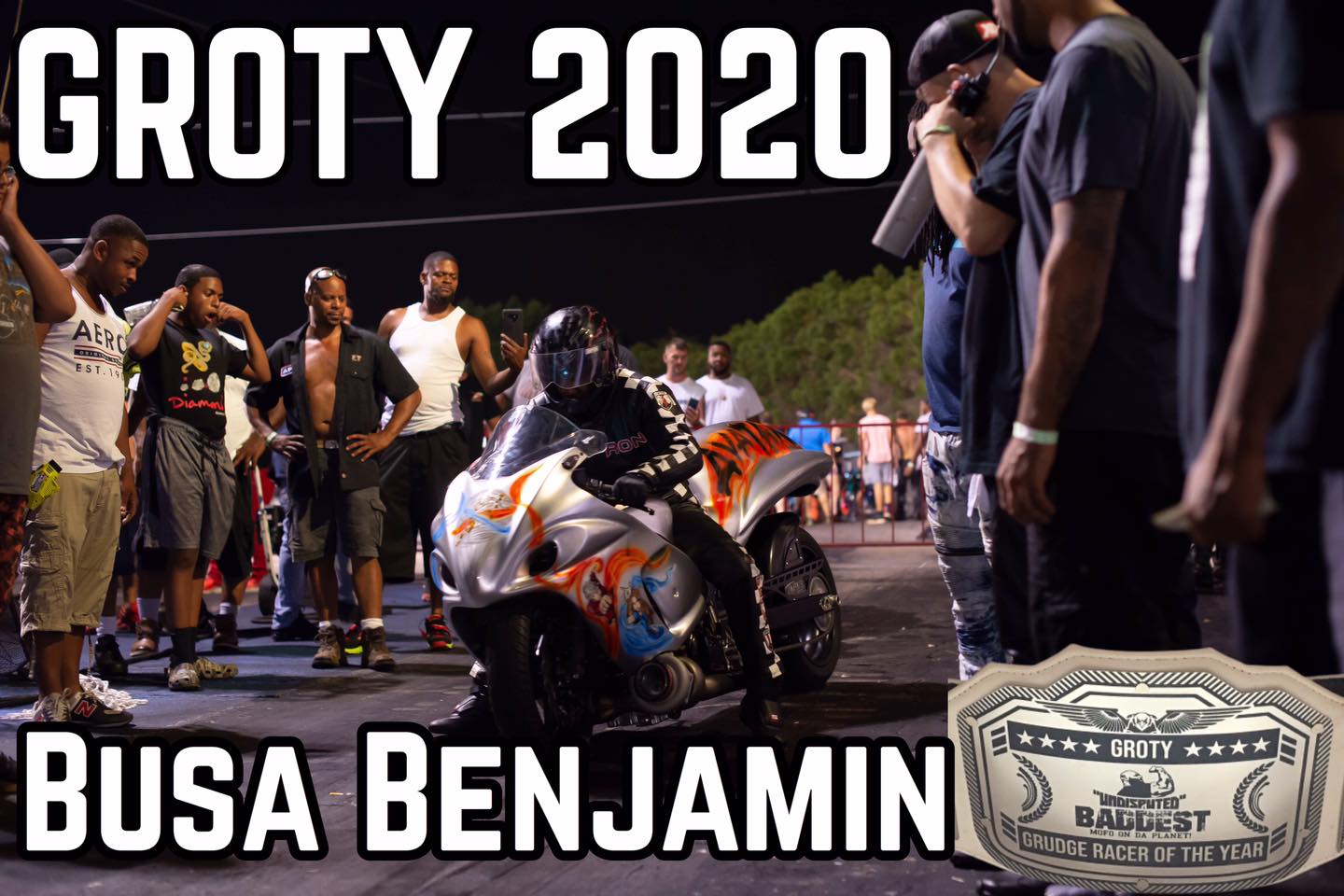 This years Grudge Racer of The Year goes to: Pilot – BUSA BENJAMINS
Runner Up – Lil Charlie

BIG CONGRATS to Busa Benjamins and his entire team for all their hard work and dedication to the motorcycle grudge community! We appreciate you guys putting on one heck of a show this year! We wish you the best and good luck in the 2021 season! 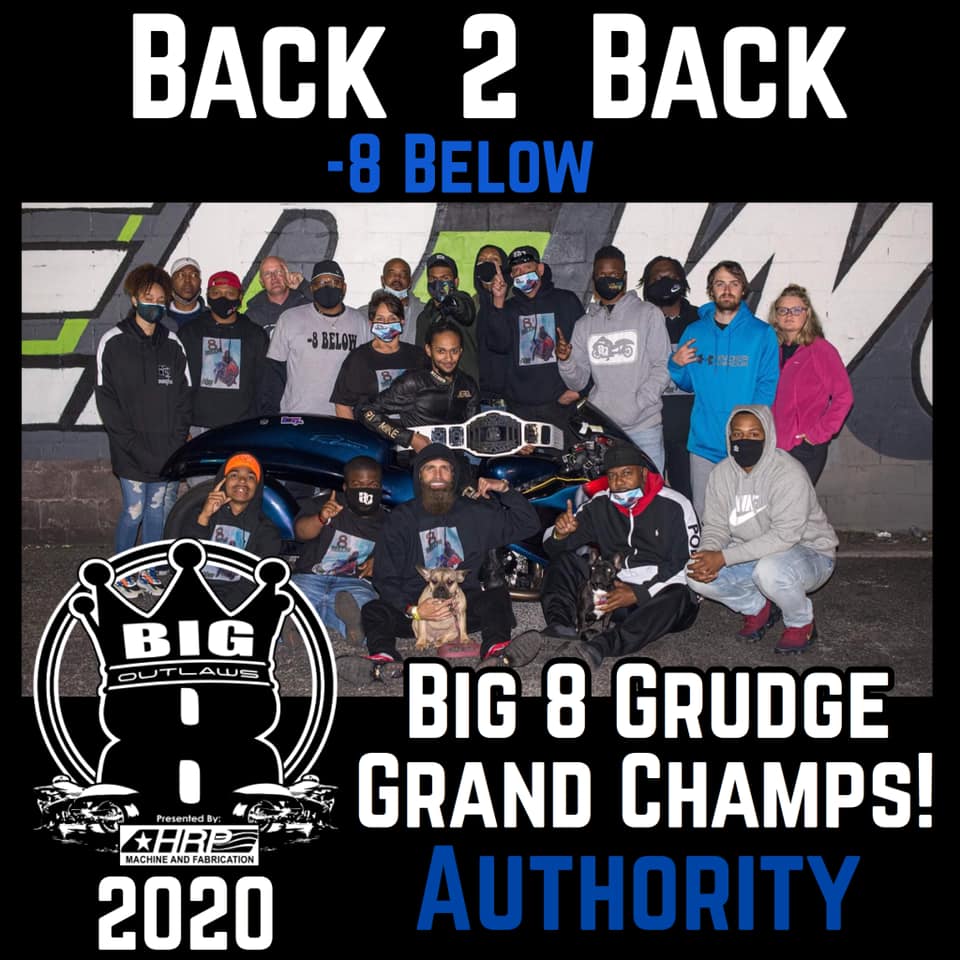 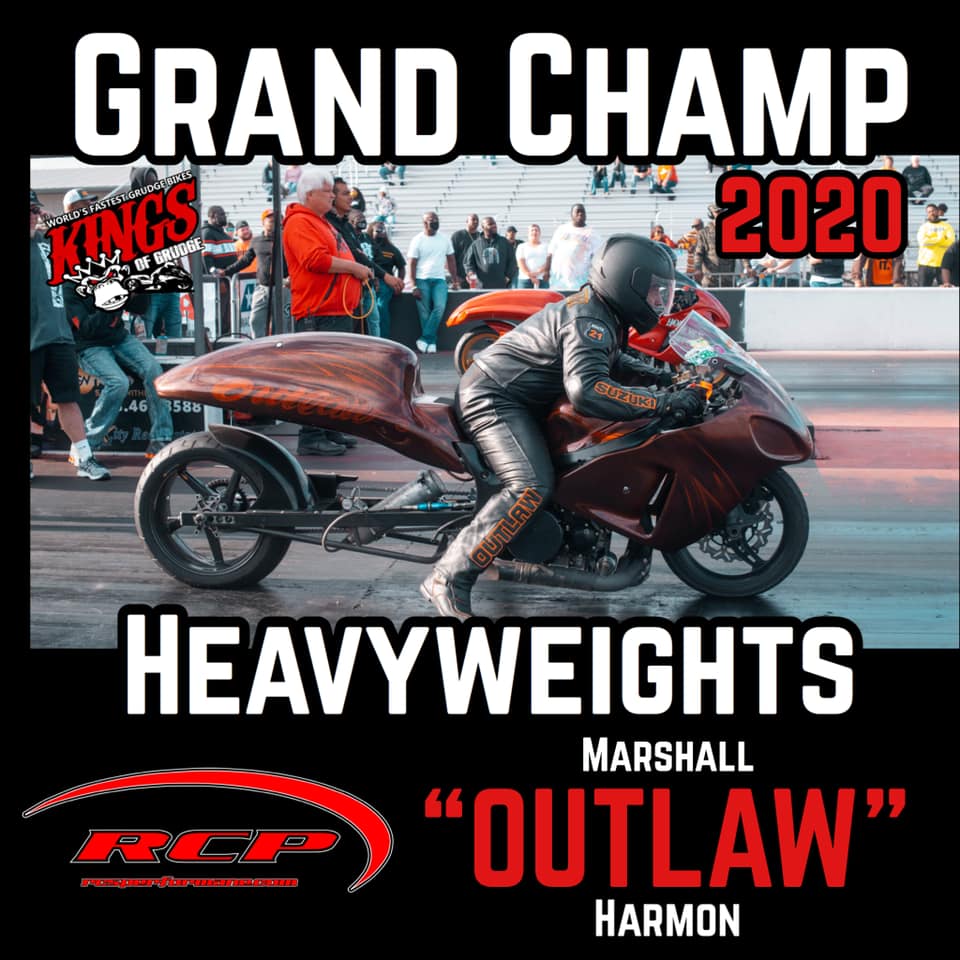 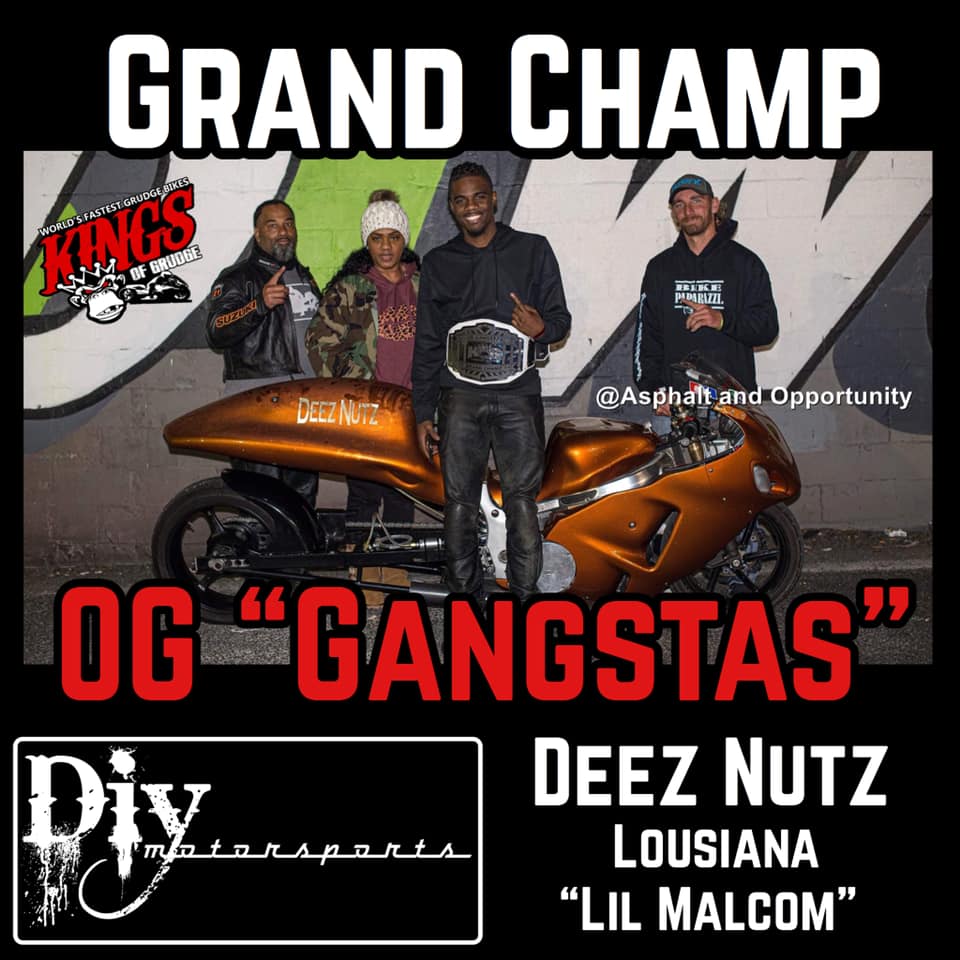 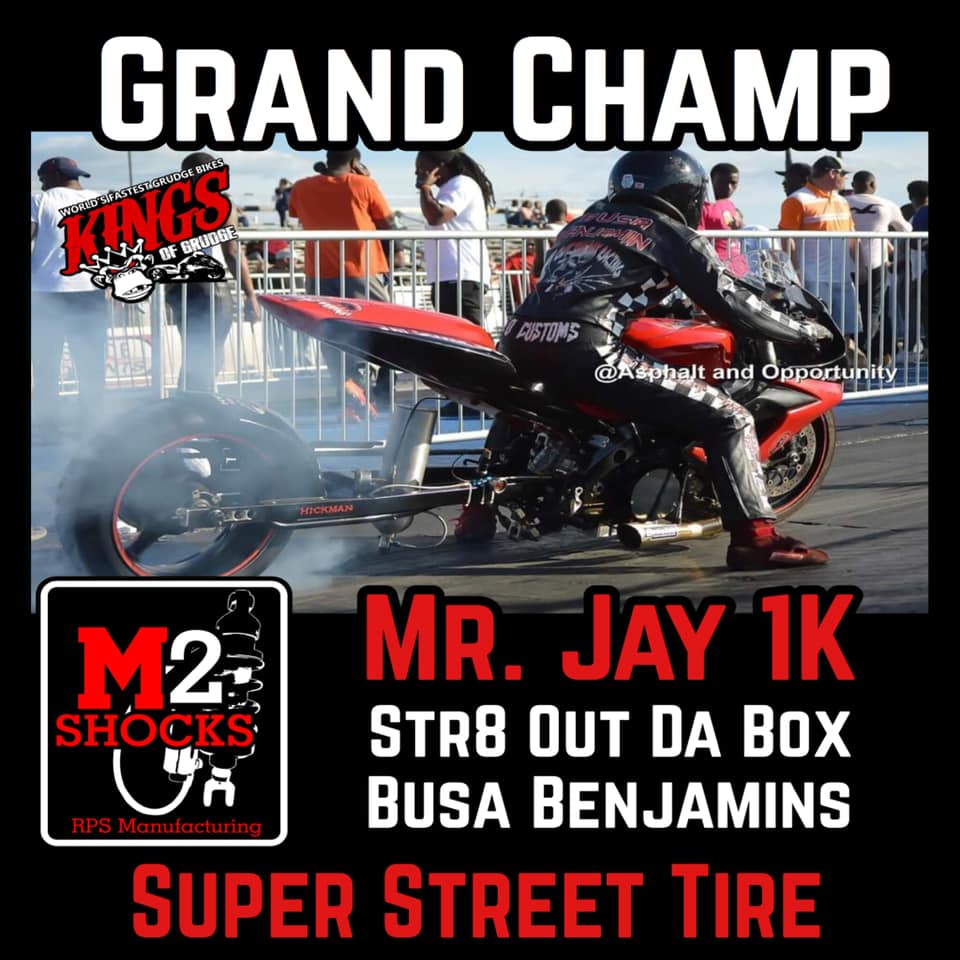 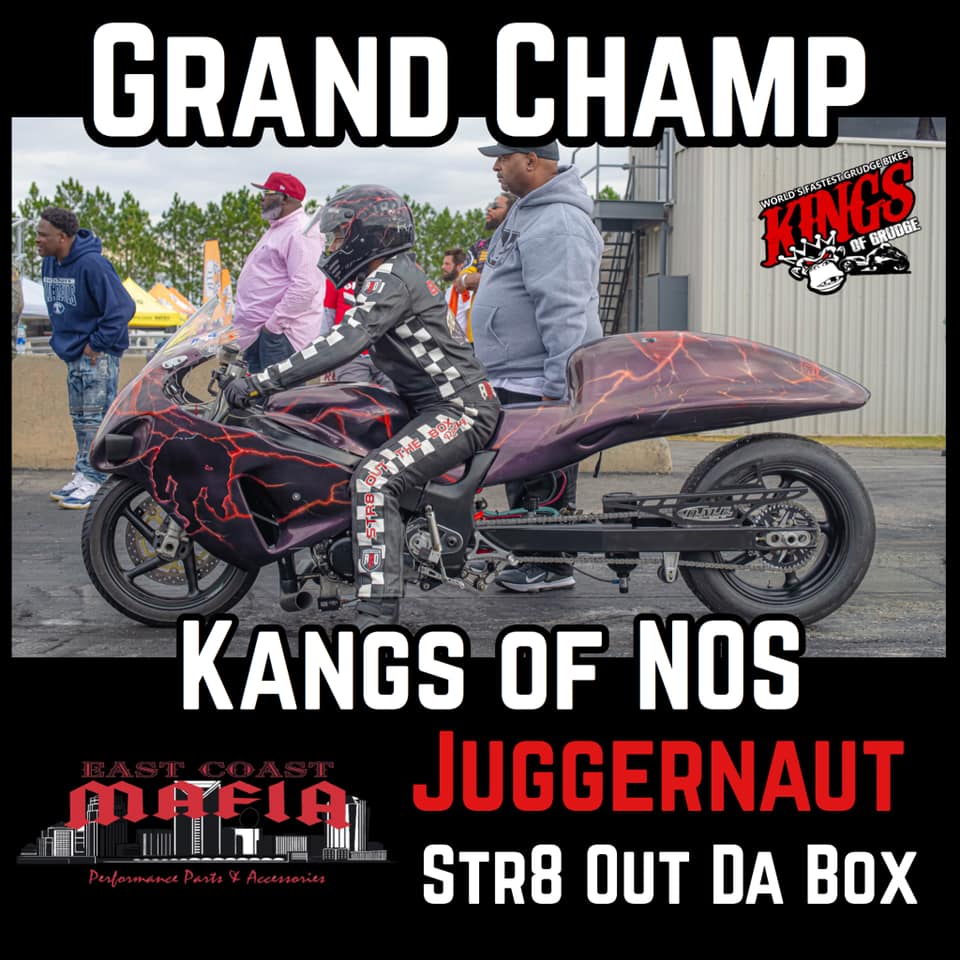 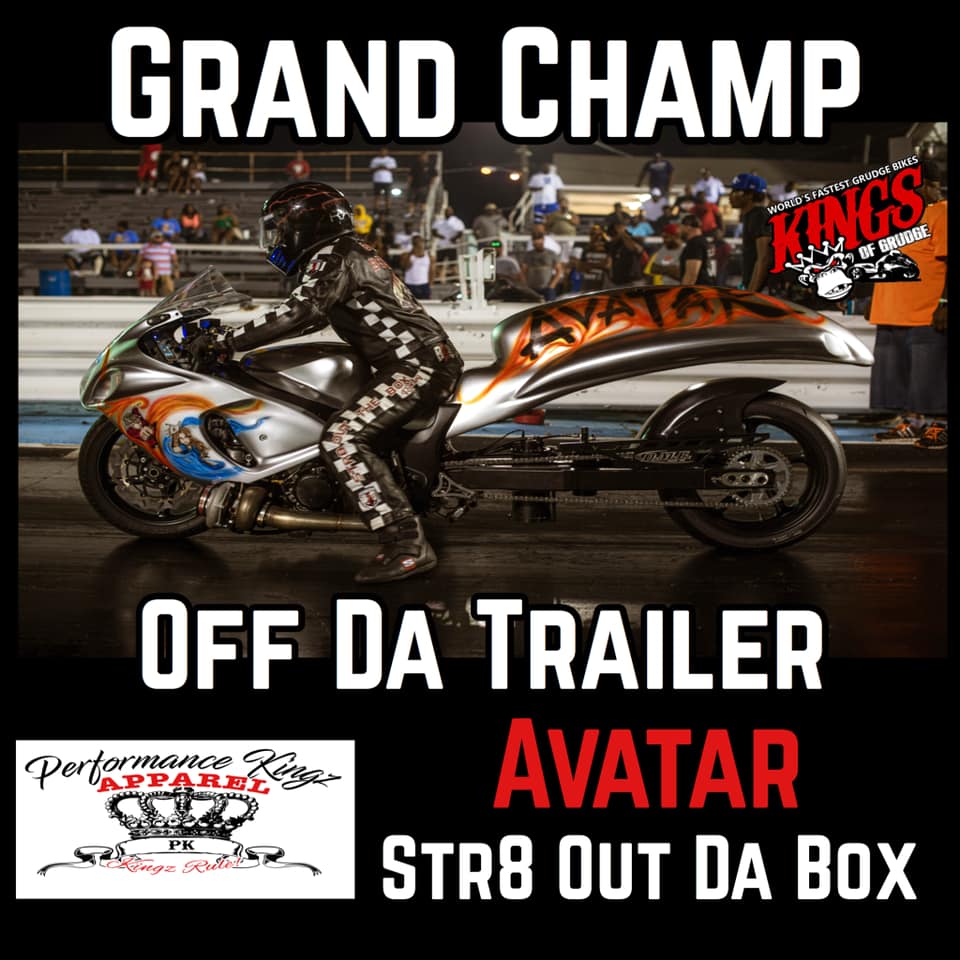 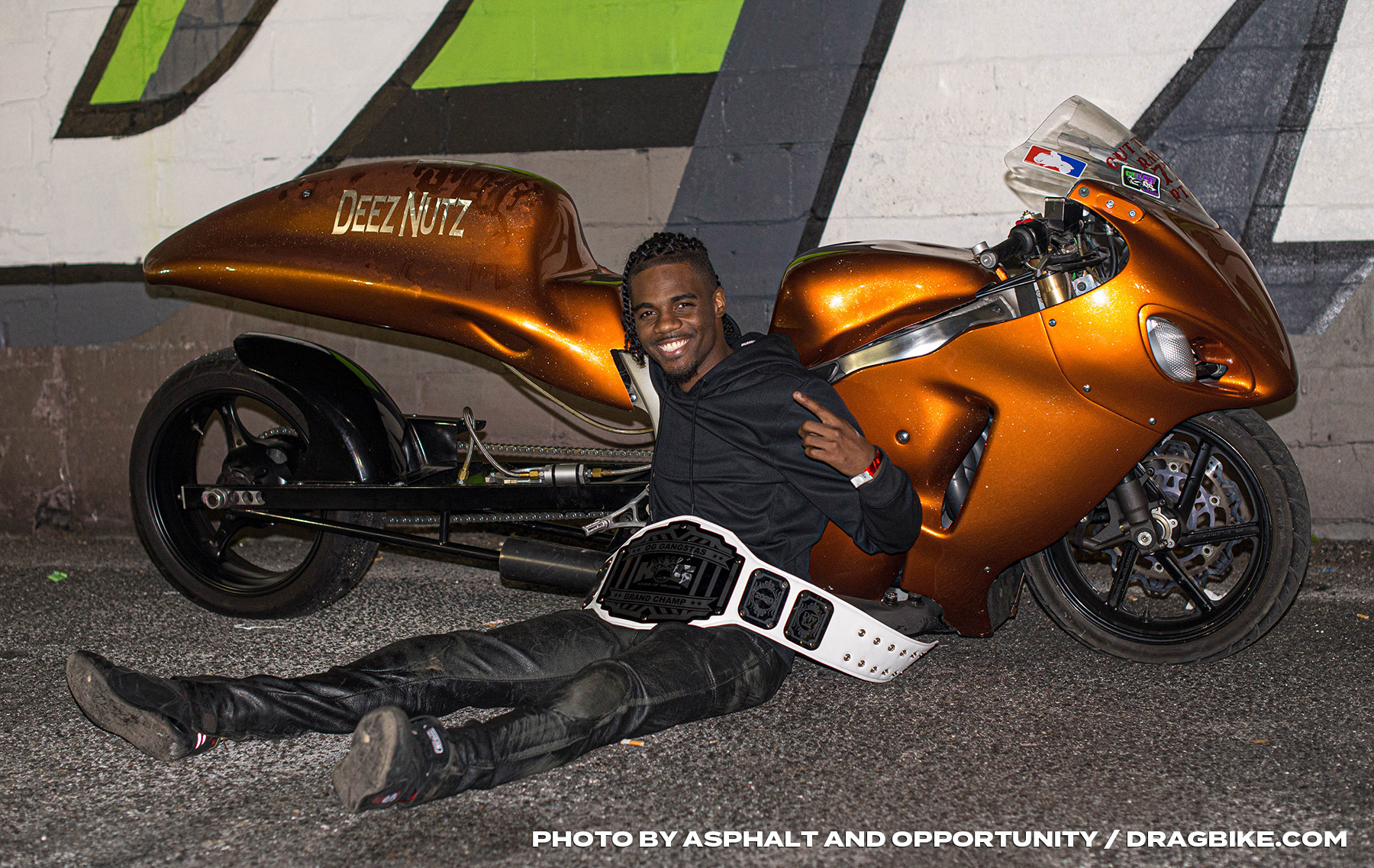 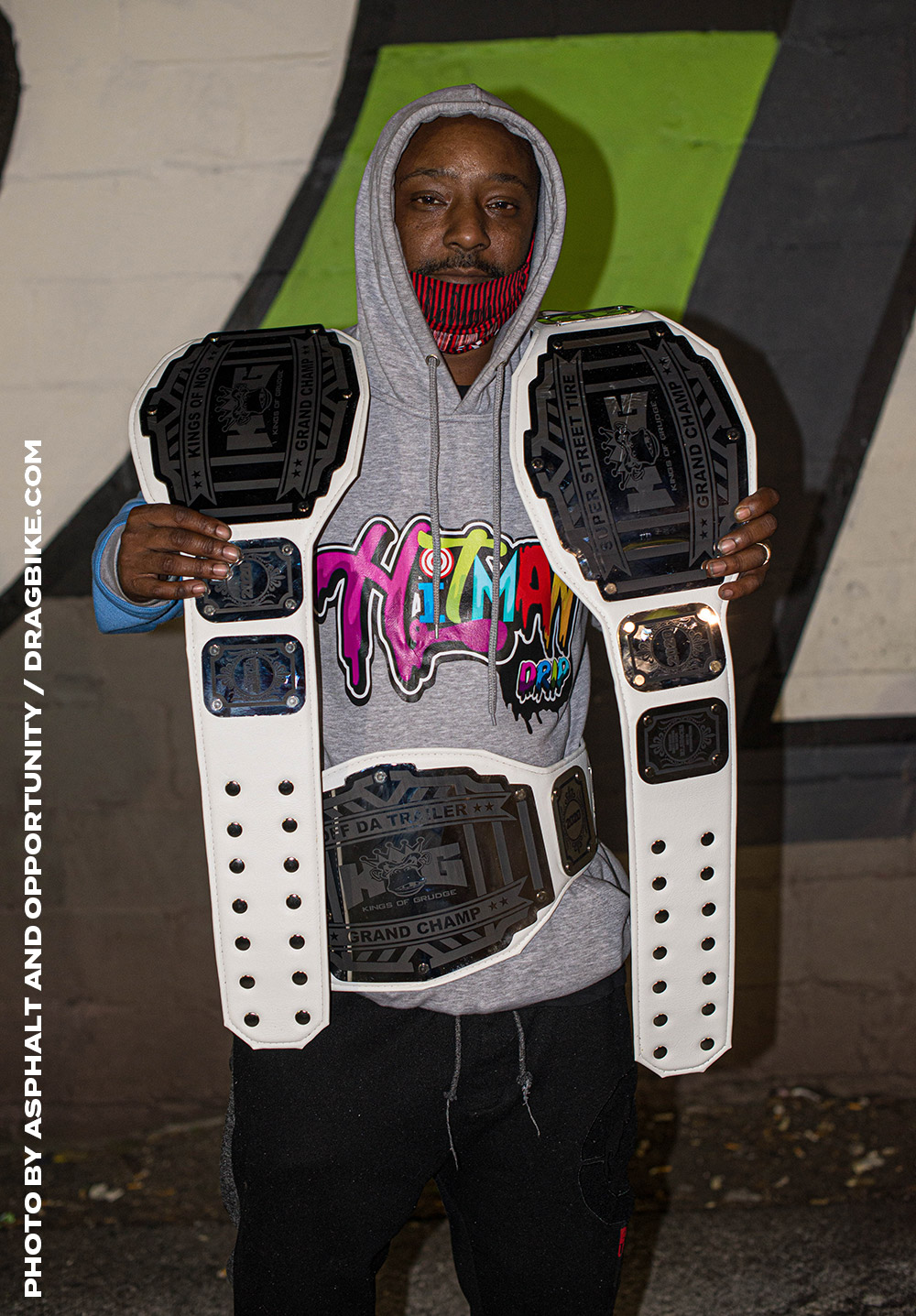 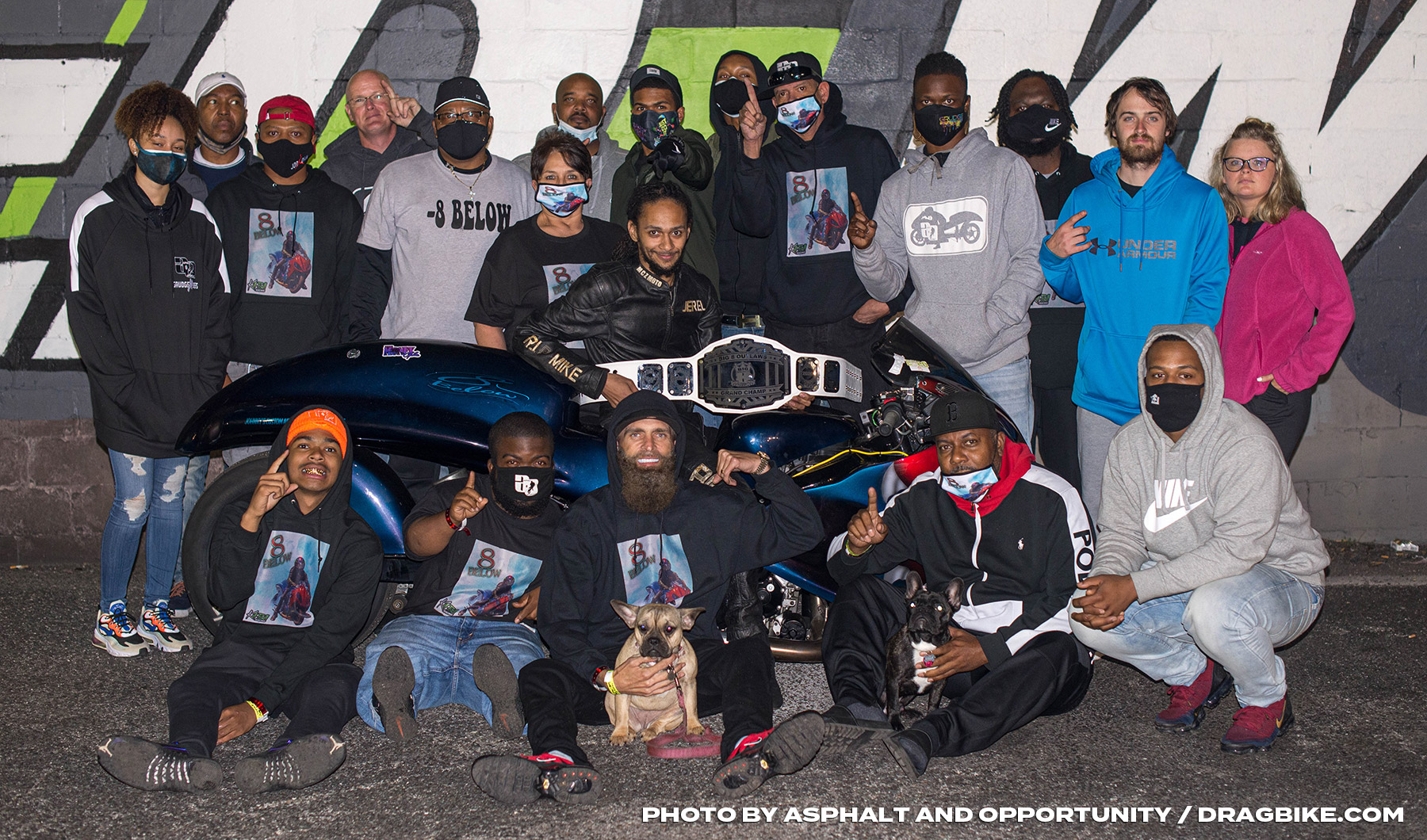 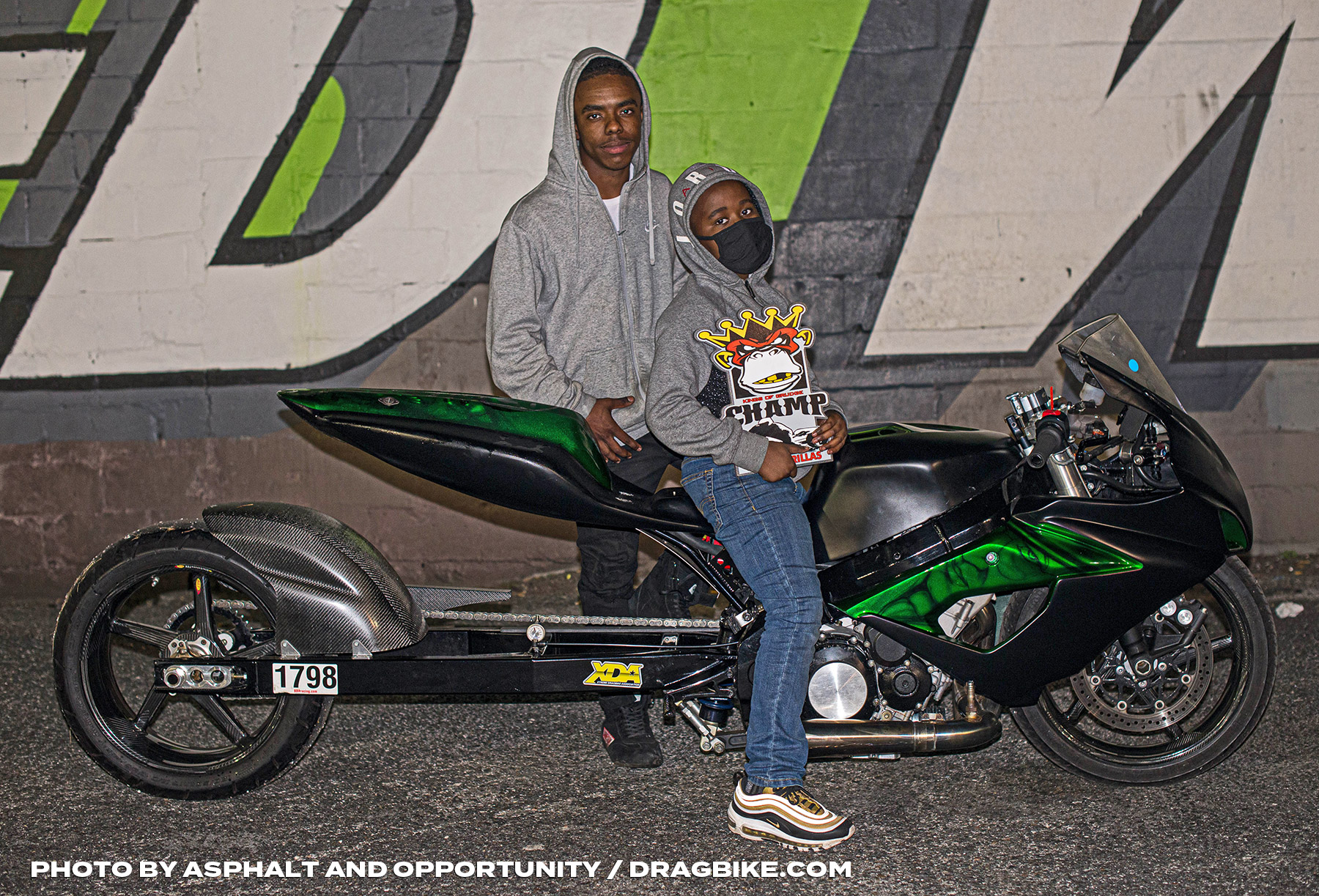 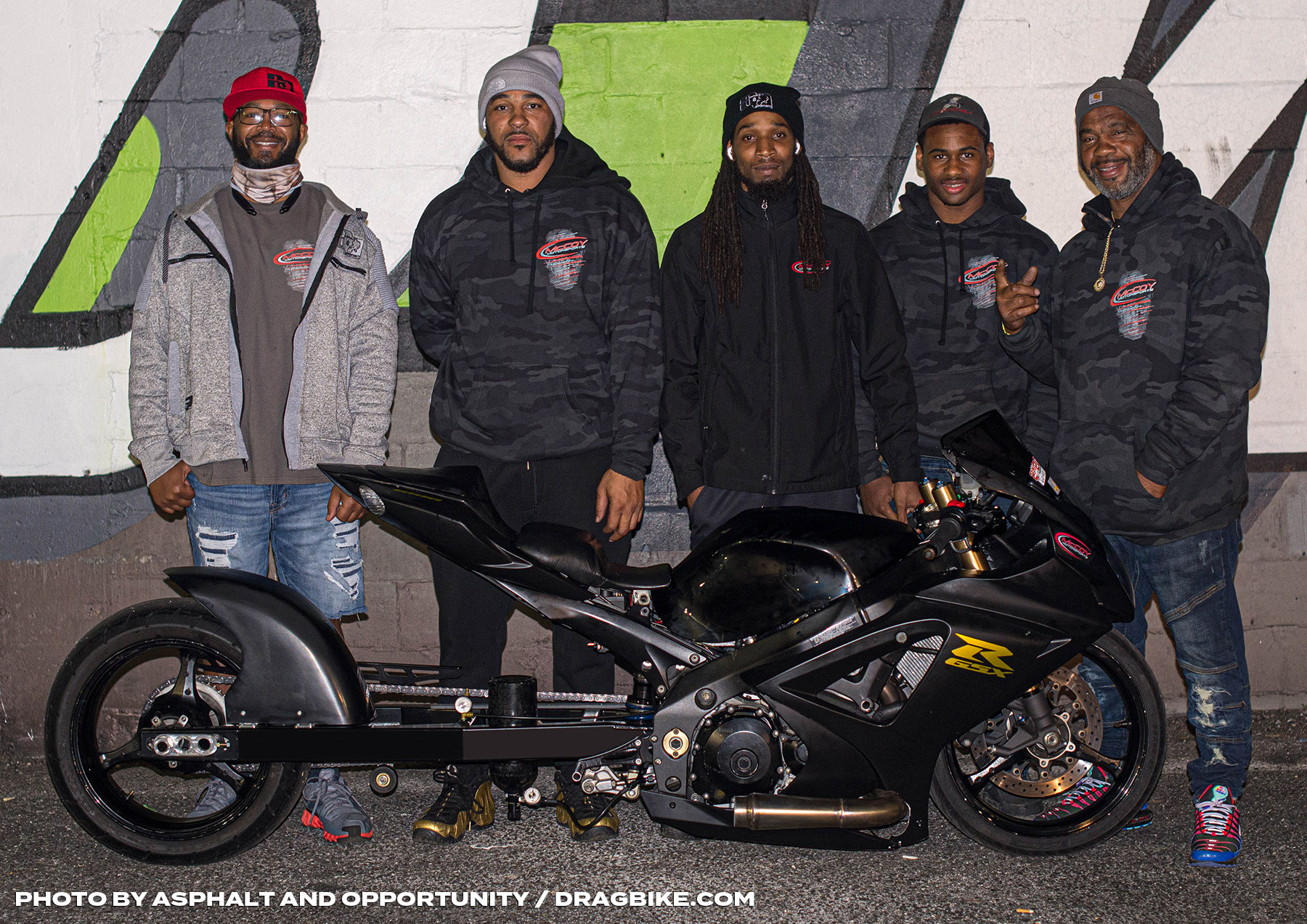 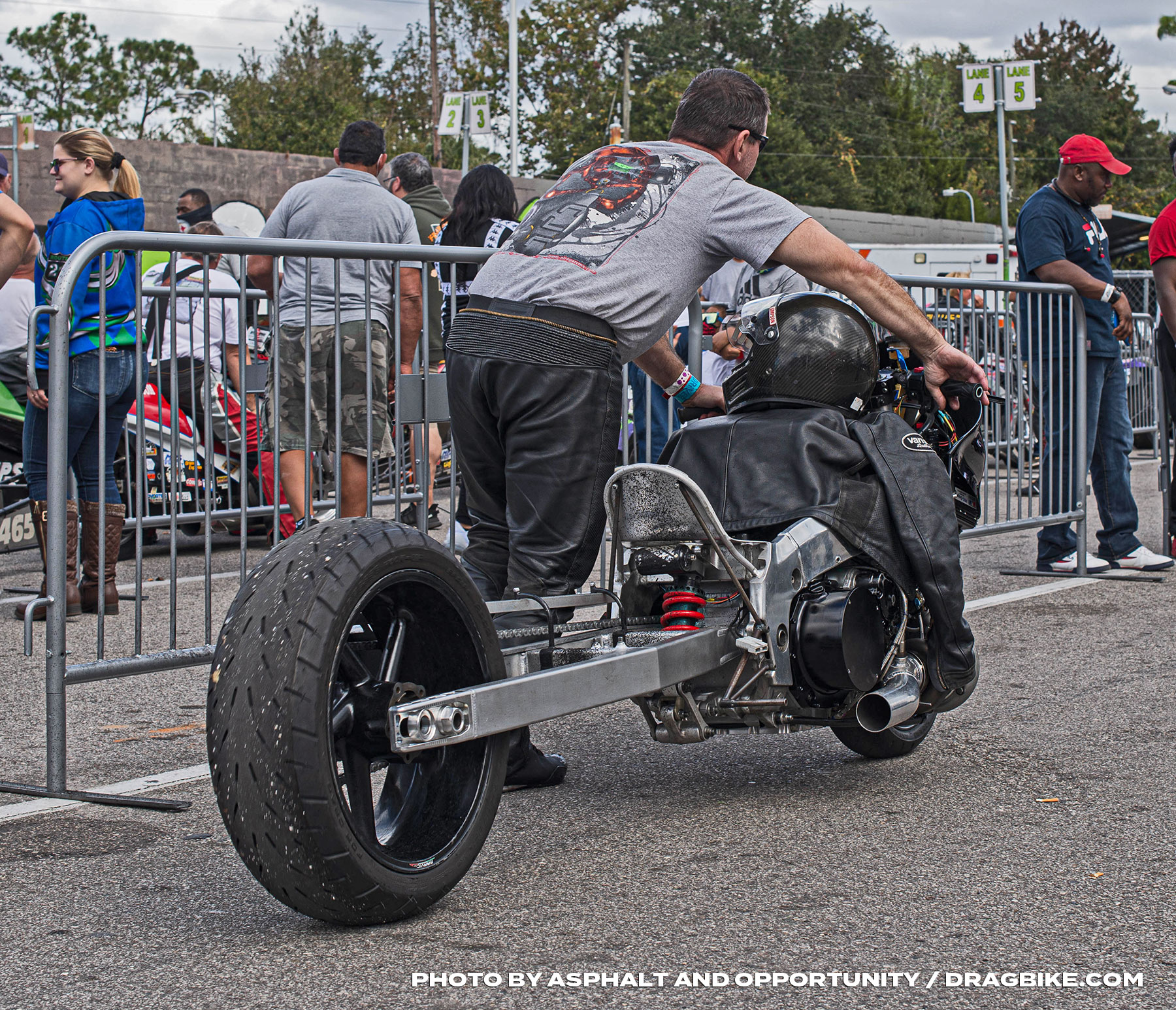 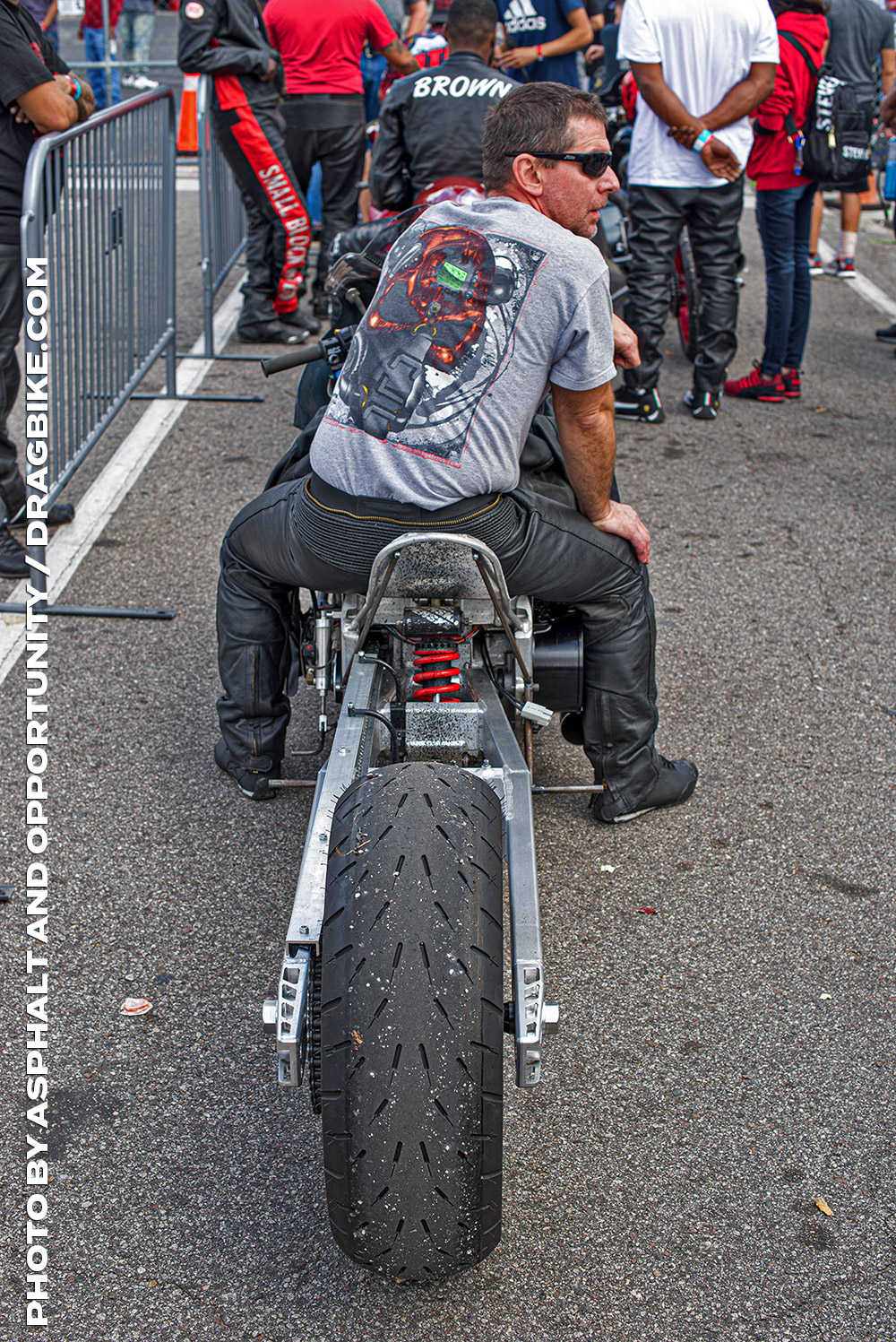 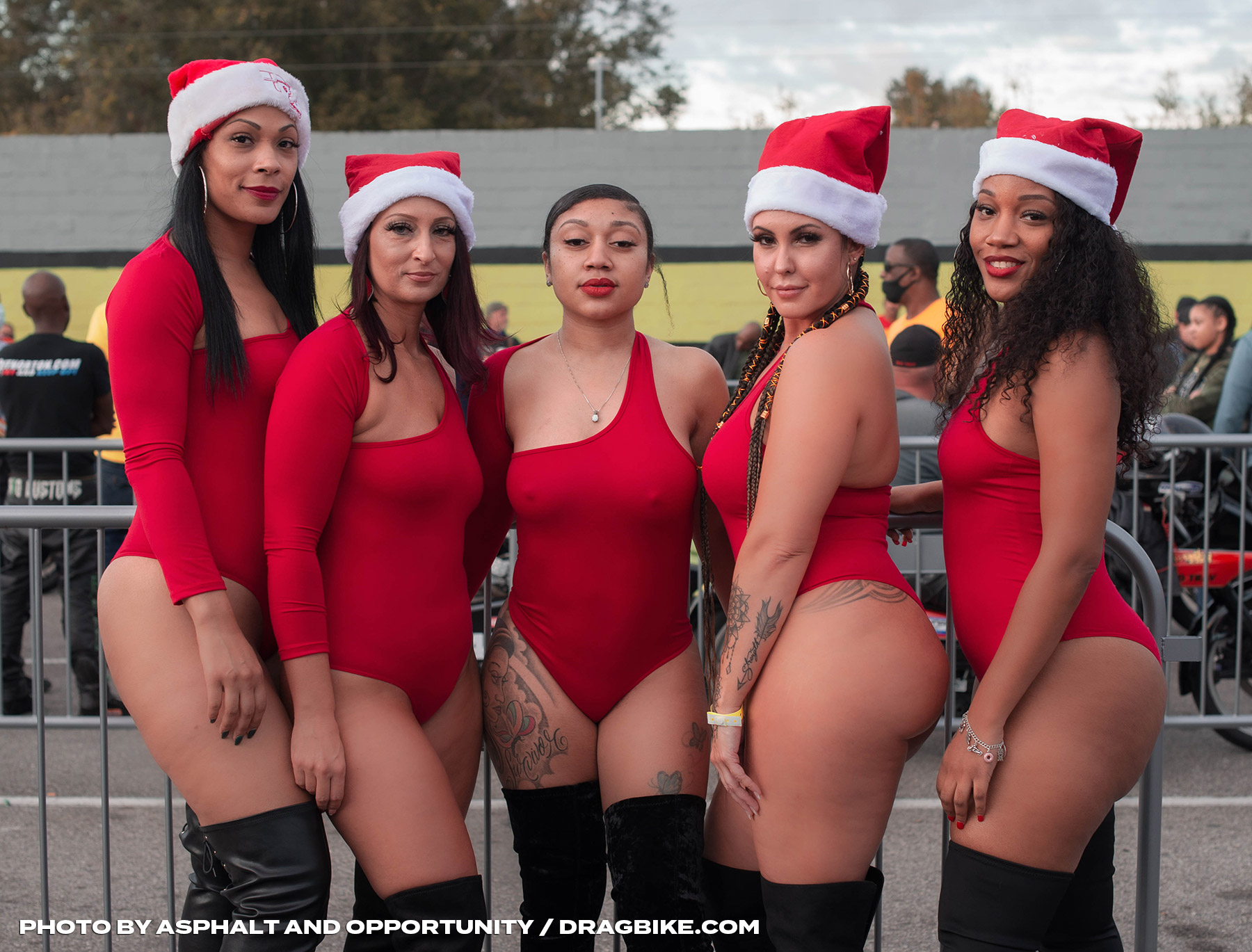 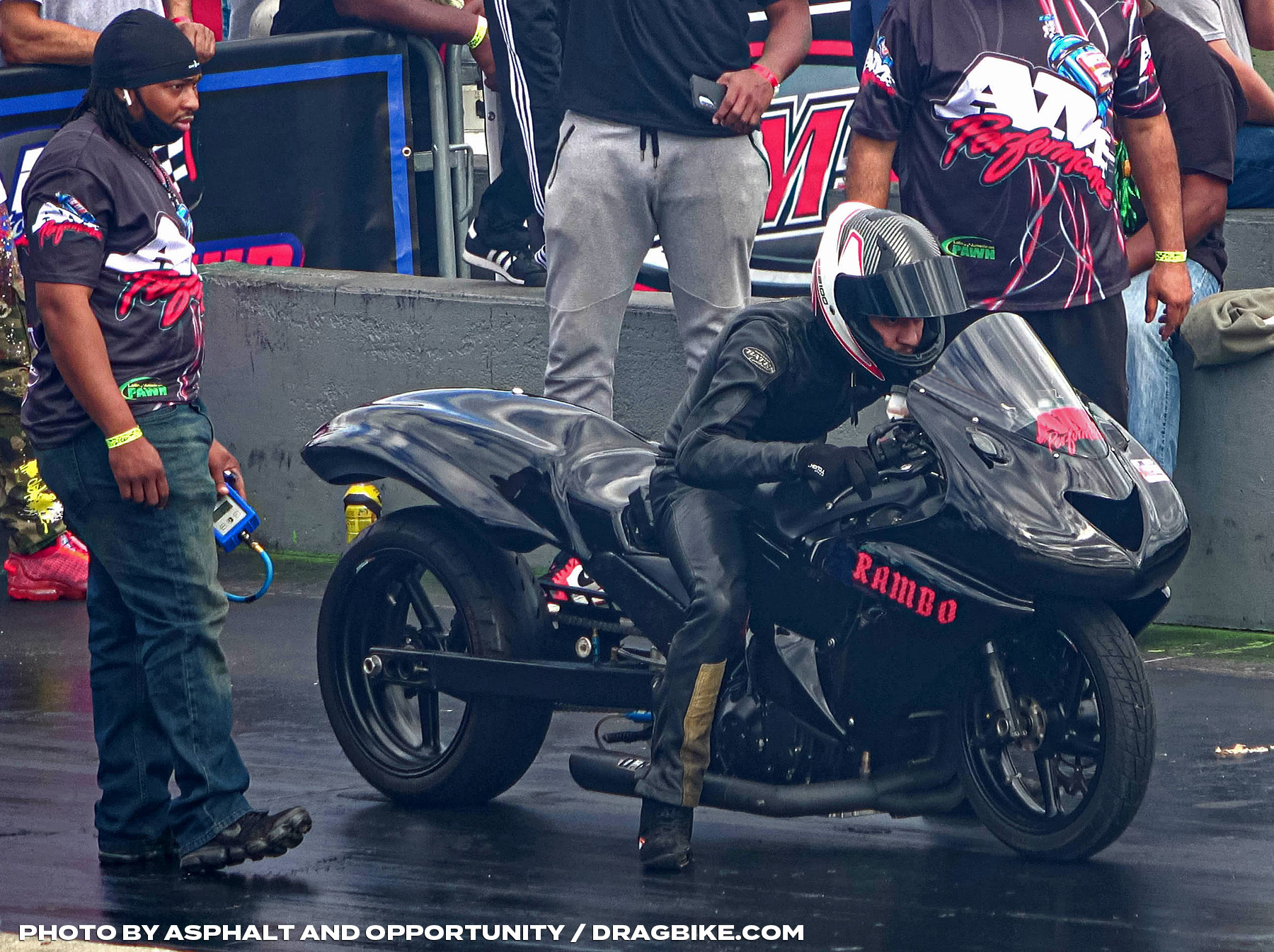 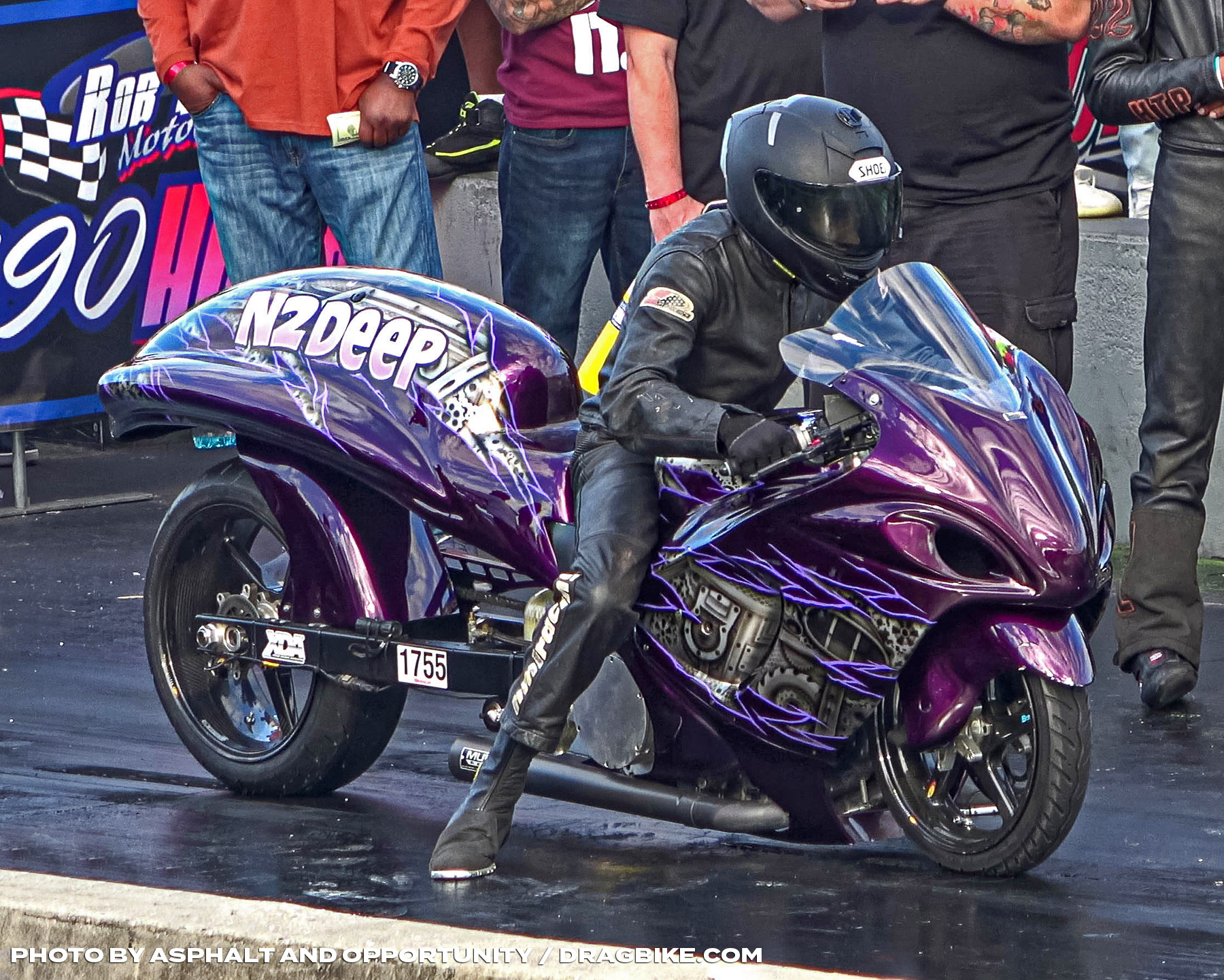 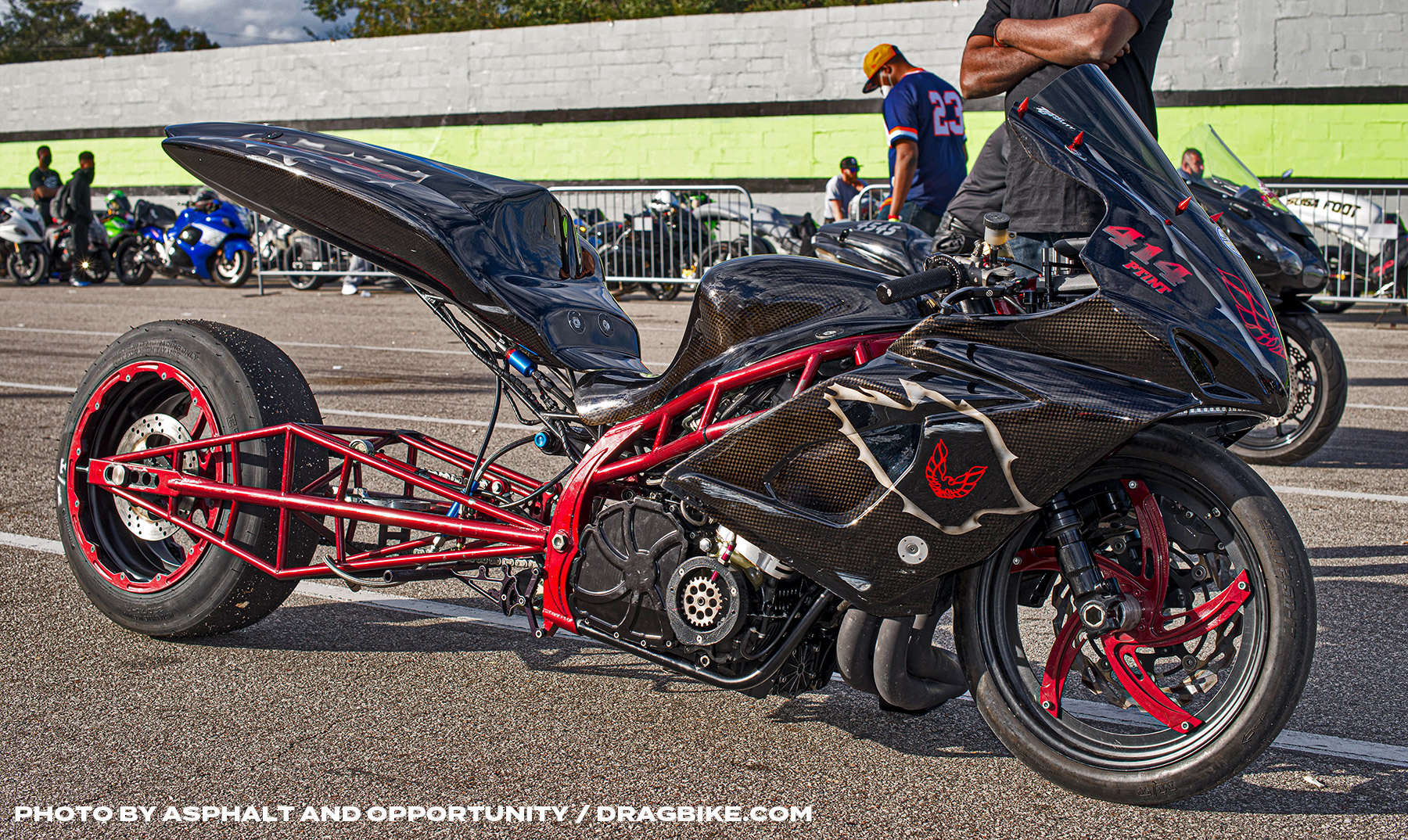 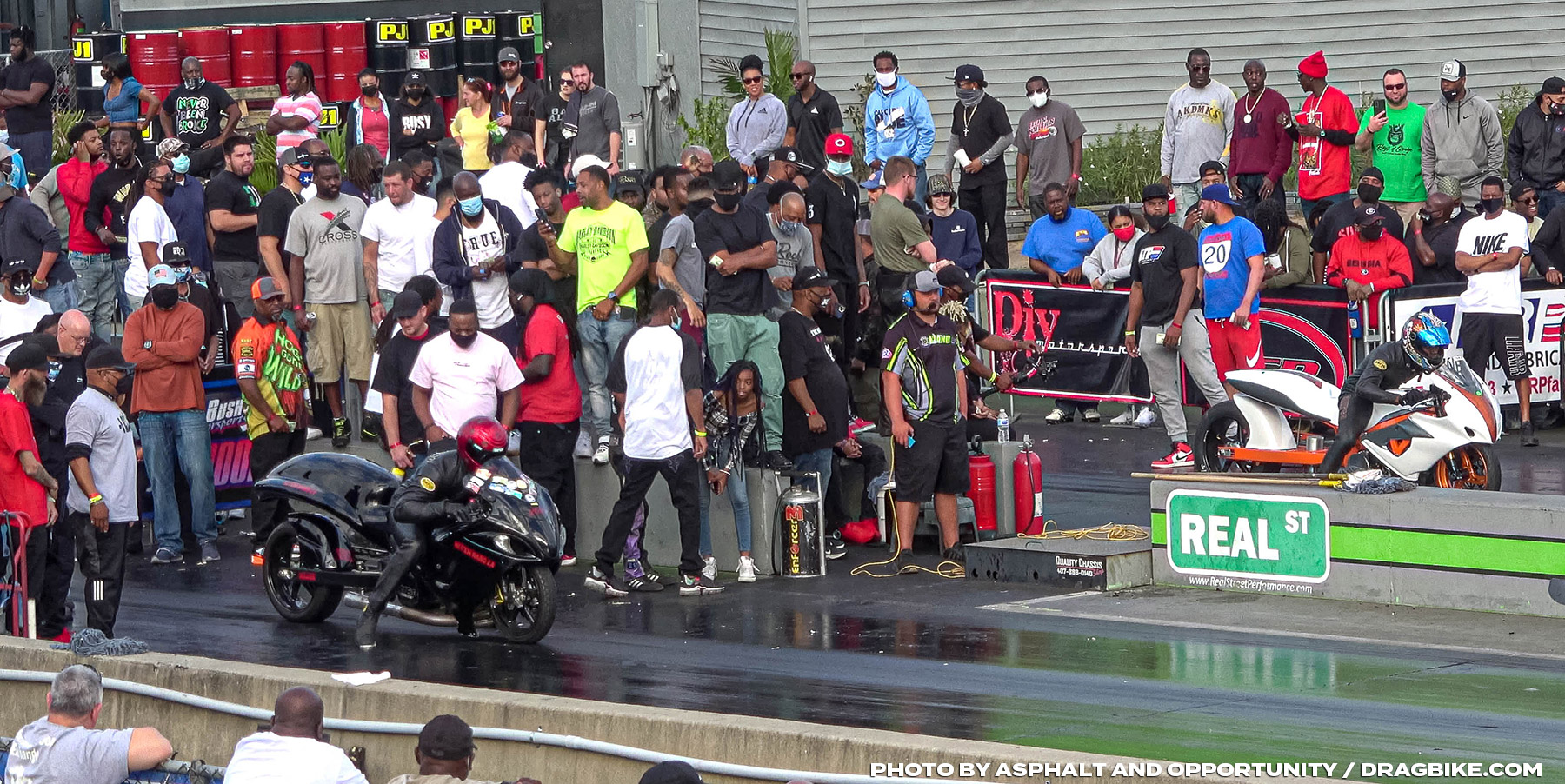 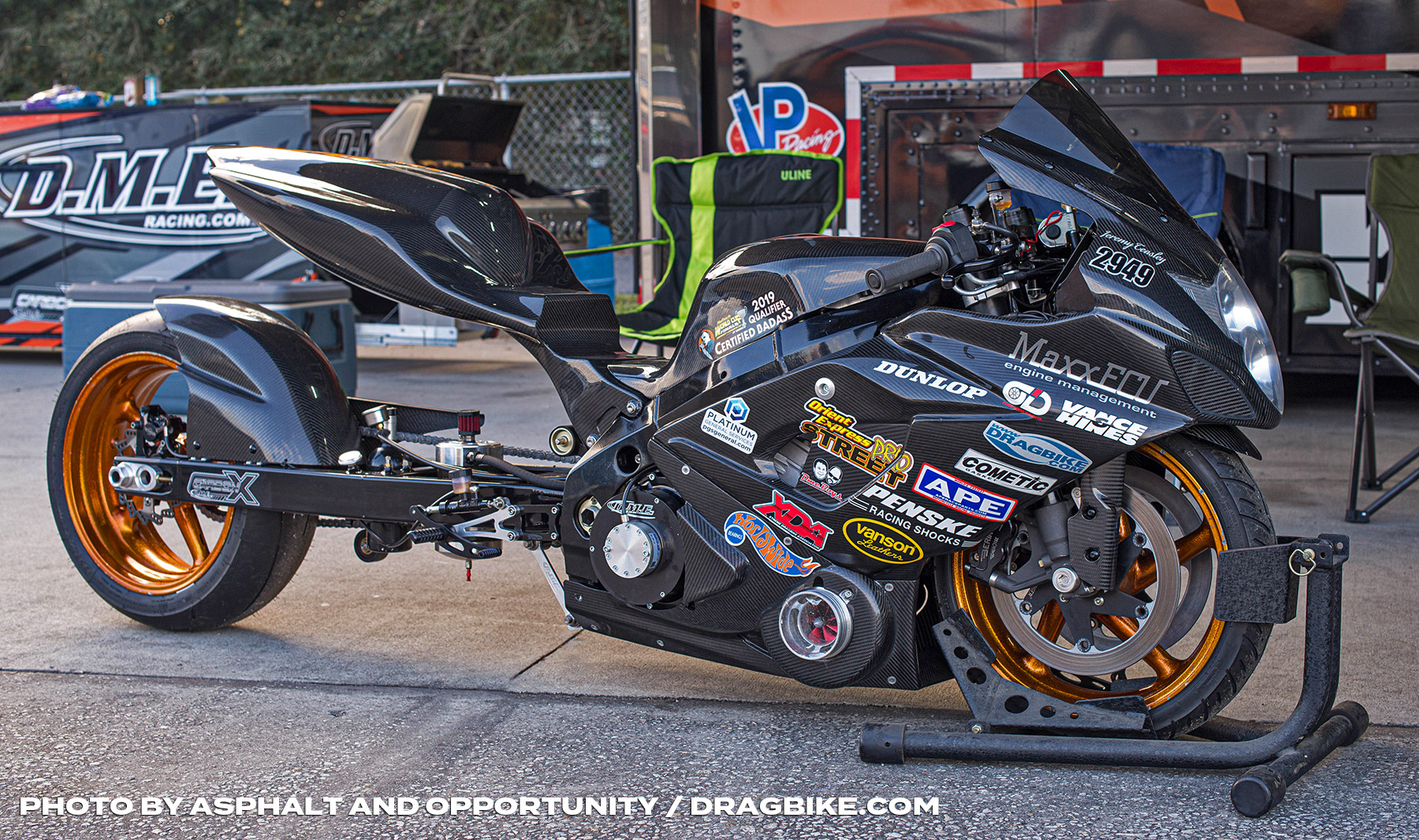 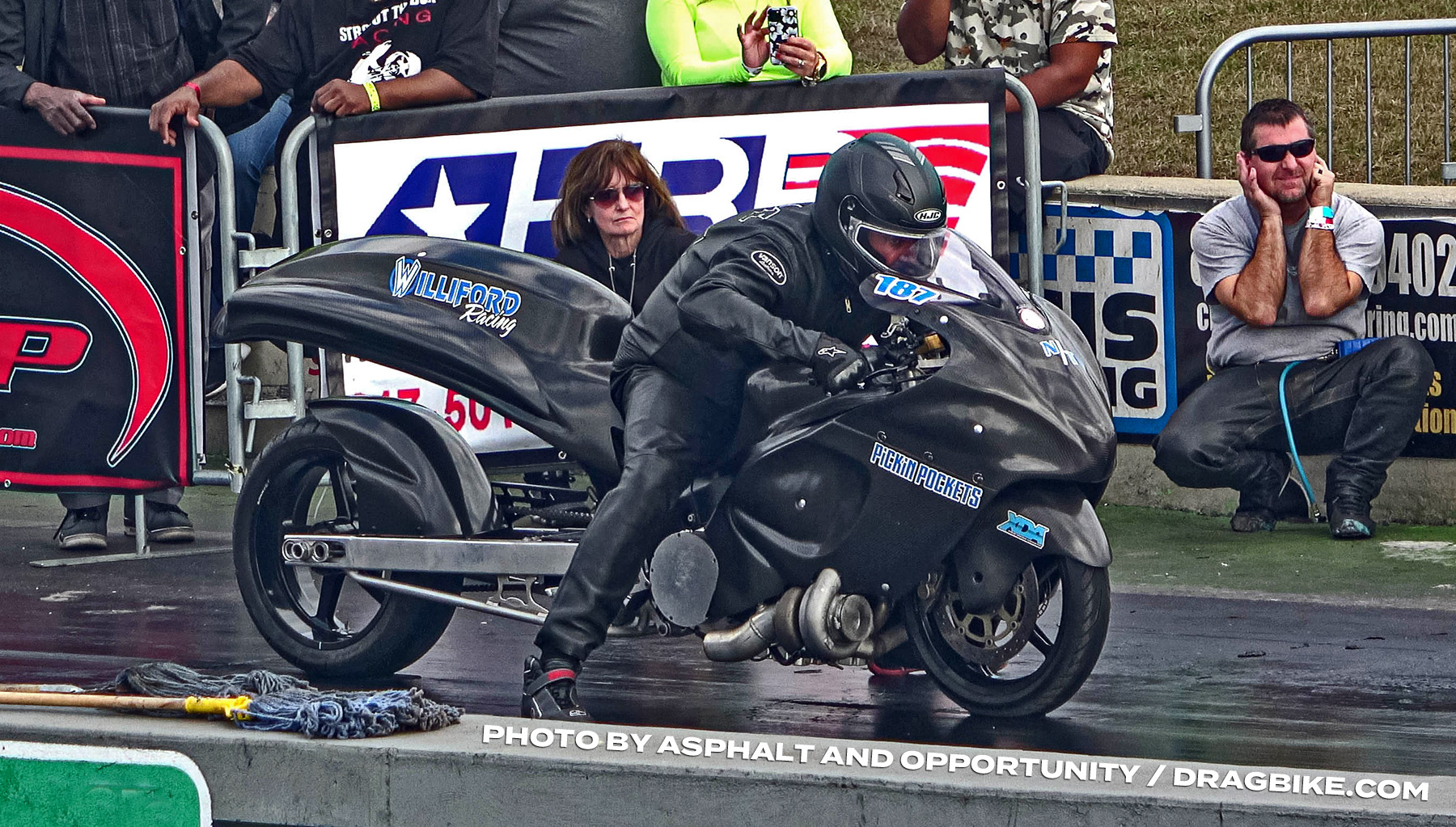 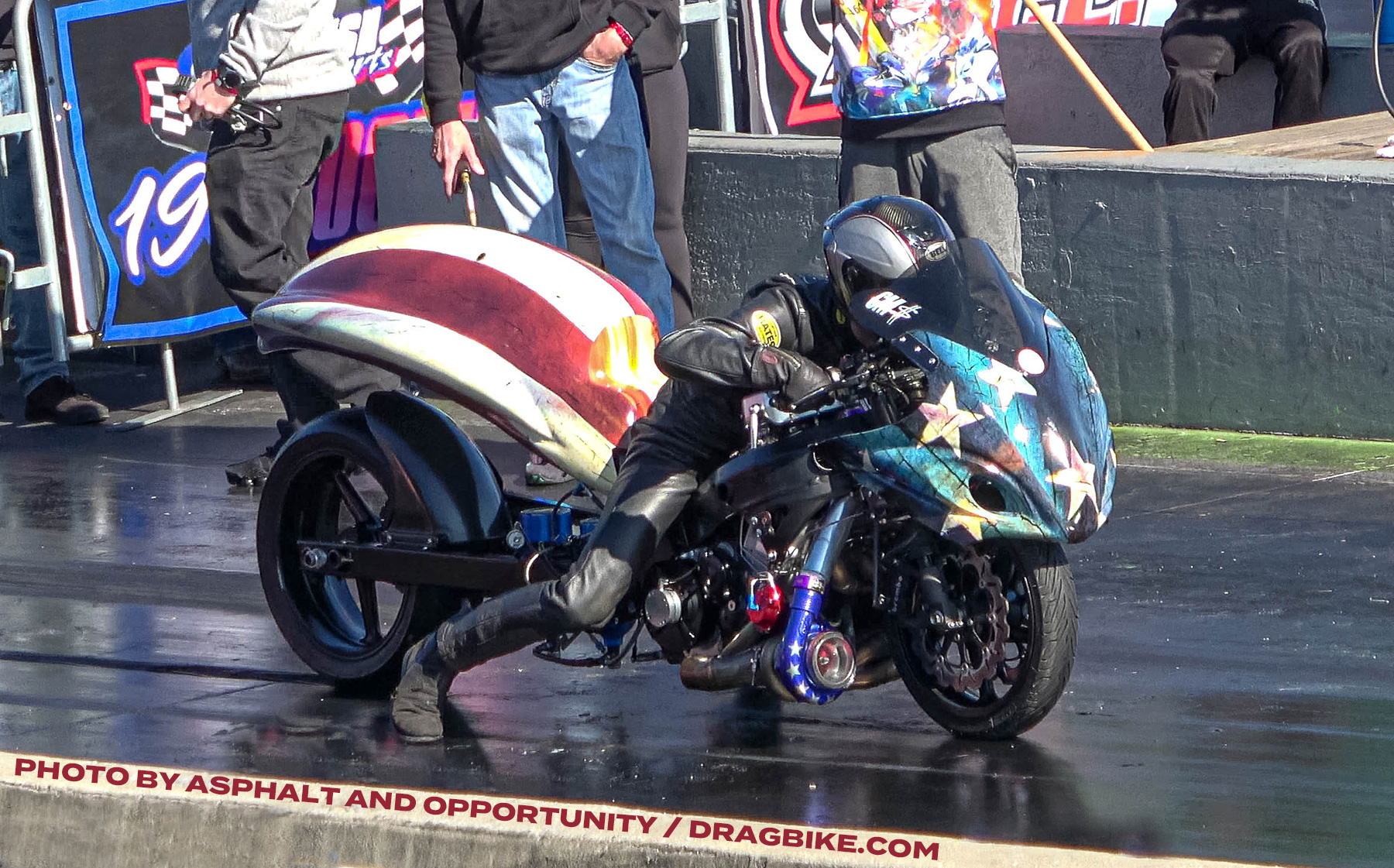