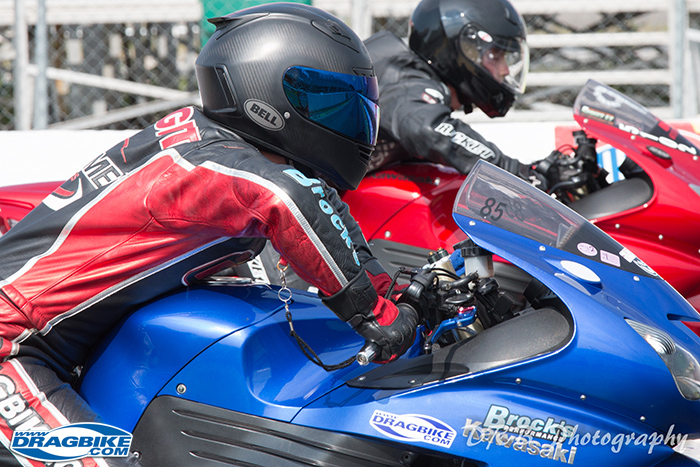 It’s been a crazy four week stretch in June, racing 3 out of the four weekends in some wicked hot conditions. We started off with the second IDBL race in Budds Creek, Maryland. I was planning on making my Real Street debut at the event and was excited after some great Friday test and tune passes. Unfortunately on the first nitrous pass we had some issues and broke some parts. So my pro debut would be postponed and I focused on my bracket/index classes.

The heat made the 5.60 Index class tough to hit on my street bike (YES, my “Knightmare” wheelie bar bike is finally approaching completion) so I was really pushing its limits. So much so, that I had what some say “was the best save ever” during the second round as I tried to flip the bike over and stood it straight up. Coming down crooked sent me straight into a tank slapper and I still don’t know how I didn’t wreck, but I’d rather be lucky than good any day! I gathered my wits and proceeded to go rounds in the always tough Crazy 8s class and found myself in my third consecutive 8.88 final. I missed the tree in the finals and gave Robert Parker too much room at the start causing myself to go too fast as Robert went dead on for his first IDBL win (congrats Robert!). 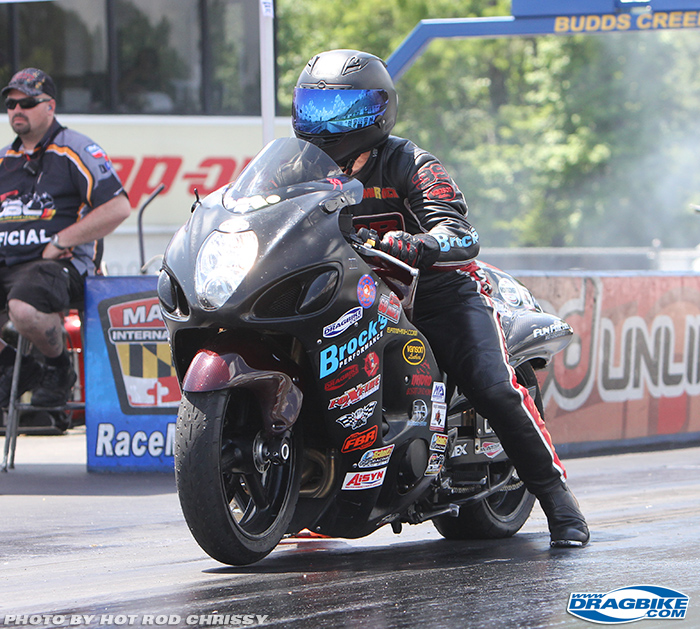 After safely arriving back home we had a short three day turn around before heading back out the door, this time for the second NHDRO event in St. Louis. It was over 90 degrees each day and that really affects you when you’re running 3, 4, even 5 classes. I made some mistakes and lost first round in Crazy 8s relinquishing my points lead, but I did take the Sunday Street ET win to cap off the long hot weekend. Team DRR did great with multiple wins and runner-ups. Big shout out to my good friend Dustin Lee for claiming the Dragbike.com BAMF lead off the strength of his two wins.

I spent the off week regrouping from the two prior races and doing some maintenance on the fleet of bikes. I was also able to put in some work on the bar bike project. We got everything loaded up for the trip to Memphis and headed out Thursday night. Friday at the track proved to be a washout and we lost valuable testing time, but it did provide a chance for the DRR Team to get some great Memphis BBQ. Saturday was an exciting day as I made my pro debut and entered Real Street for the first time. I made my fastest pass to date during qualifying with 171mph and made the field setting up a first round matchup with Rickey Gadson. Saturday night I got down to six bikes in Street ET before losing a very close race to the great Jeremy Teasley… However my brother paid him one back as he took his very first race win over JT in the Street ET finals (earning his DRR stripes in the process). 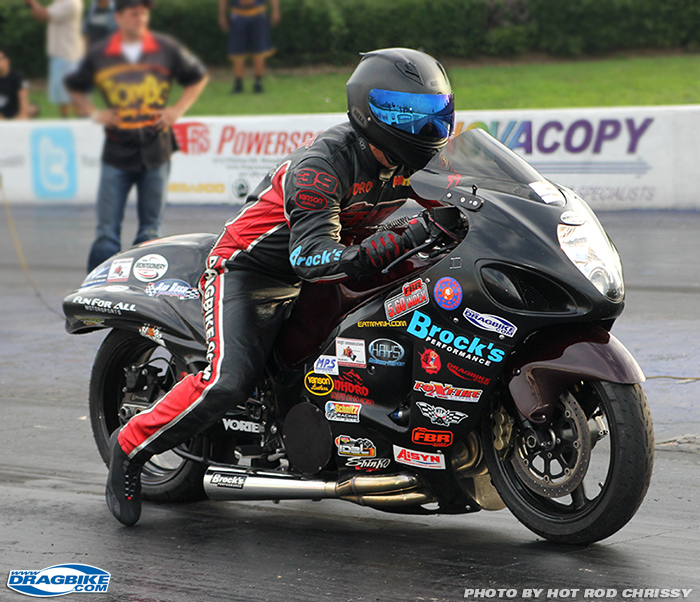 Sunday eliminations was a very up and down day as I admittedly struggled in my bracket/index classes. However I had a great first outing in Real Street as I won first round when Gadson was unable to make the call due to engine issues. I went on to run my best ET in round two with an 8.37. I learned a lot and gathered tons of useful information about my Real Street program and can’t wait to get back out there. I did manage to get down to 6 bikes in Crazy 8s until the “Professor” Ron Arnold rendered my .011 light and 8.90 ET useless against his .016 bulb and 8.88 (Great race!). 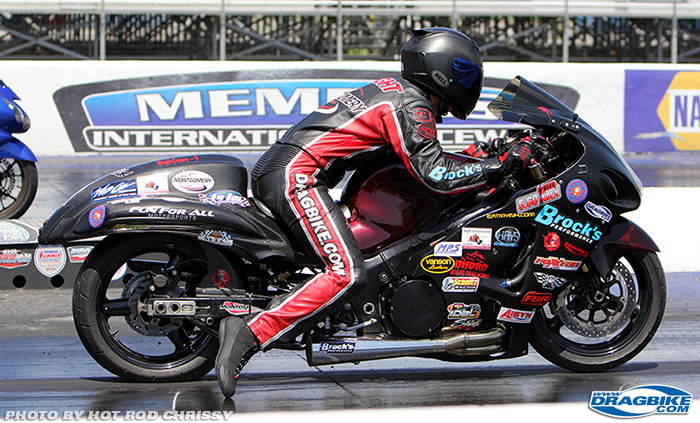 Huge thanks to my new sponsors and supporters of the Real Street project… we’re certainly headed in the right direction and I look forward to even more progress throughout the year. As always, thanks to my friends, family, DRR Teammates, and awesome sponsors.