Krawiec on the cusp of fourth Pro Stock Motorcycle Championship

Krawiec on the cusp of fourth Pro Stock Motorcycle Championship

Eddie Krawiec can lock up another championship at the Auto Club NHRA Finals by qualifying, something he has done at every event he’s shown up at since the 2007 Atlanta competition.

On the cusp of his fourth Pro Stock Motorcycle world championship, thanks to an incredible performance during the NHRA Mello Yello Drag Racing Series Countdown to the Championship, Eddie Krawiec still has some unfinished business to attend to at the final race of the season, this weekend’s Auto Club NHRA Finals at historic Auto Club Raceway at Pomona.

Currently, Krawiec holds a 150-point lead over LE Tonglet and the title scenario is simple. If Krawiec qualifies on his Screamin’ Eagle Vance & Hines Harley-Davidson, something he’s done at every race since 2007, he will claim his fourth world title. That’s the first to-do of the weekend for, but a second one is also important for Krawiec. He has four wins at the season-finale at Pomona, but none have come in a year where he won a title, and that’s something he wants to change.

“I’ve never won the championship and the final race in Pomona in the same year, so my goal is to put that stat aside,” said Krawiec, who has four wins in five playoff races this year. “We still want to go out there and win the race. That’s our goal and you always go to win the race. That’s something you don’t want to change and I want to continue that trend. My goal is to win.” 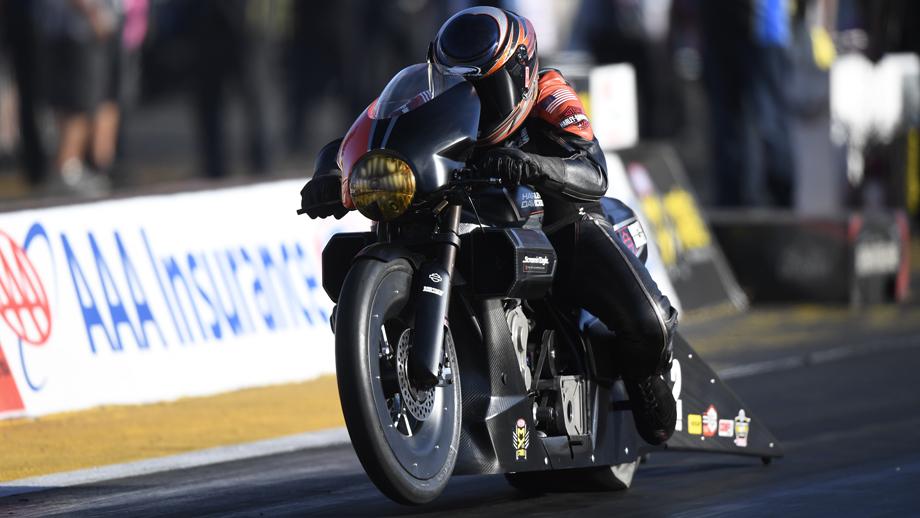 But that likely won’t be enough for Tonglet to track down Krawiec, who has been nearly unstoppable during the Countdown to the Championship, putting together one of the most dominant playoff runs in NHRA history. It actually started at the regular-season finale in Indy, where Krawiec qualified No. 1 and won the prestigious Chevrolet Performance U.S. Nationals. He followed it up with back-to-back wins in Charlotte and Reading, adding two more playoff wins after a second-round exit in St. Louis. It gives Krawiec a 17-1 mark during the Countdown to the Championship and though impressive, a perfect ending to Krawiec’s late-season run would be stretching it to 21-1. 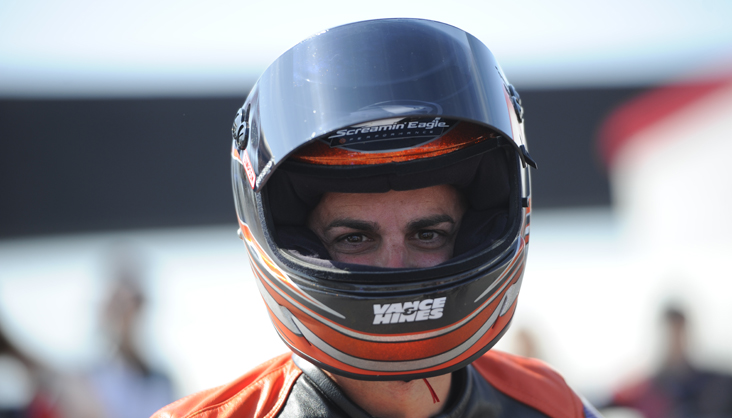 Simply put, Krawiec has been dynamite when he needed to be. After the understandable initial struggles when Krawiec and Hines debuted their new Street Rods in June, the team made rapid improvements in a short time. The adjustments included going back to their previous chassis, but Krawiec has also been impressive in every aspect of his riding. He’s knocked off a plethora of world champions during his playoff run, which has made this stretch even sweeter. Capping it off with a championship and Auto Club NHRA Finals win would make it even better.

“You have to be mistake-free and I feel like I did a good job of that,” said Krawiec, who has seven total wins in 2017. “I feel like I demonstrated I perform well under pressure. Sometimes you do fumble or make a mistake, but I feel like I’ve been there the whole time. What makes this championship stand out is there are a lot of great motorcycles out there that can beat you. When you look at the performance of everybody and the class as a whole, it’s really good.”