Larry “Drums” Brancaccio on the Mend 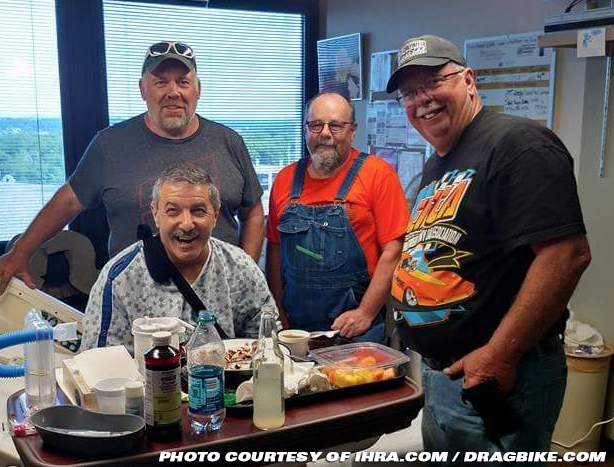 Larry “Drums” Brancaccio on the Mend

The good news is in:  As of today, Friday June 5th, 2015, 57 year old Larry “Drums” Brancaccio, of Nutley, NJ is on the mend and is out of the Intensive Care Unit at University of Iowa Medical Center.  In fact on Thursday, June 04, 2015, Larry was wheeled outside briefly for some fresh air.  Larry is not ready to throw his leg back over a fuel bike again anytime soon, but he’s improving daily.

The veteran fuel bike pilot, who started competing on nitromethane burning drag bikes in the early 1990’s, has a host of accomplishments that color his near two decades of racing which include dozens of track records from across the USA, AHDRA and ECRA championship seasons and he’s recently been participating in the IHRA Nitro Jam tour. 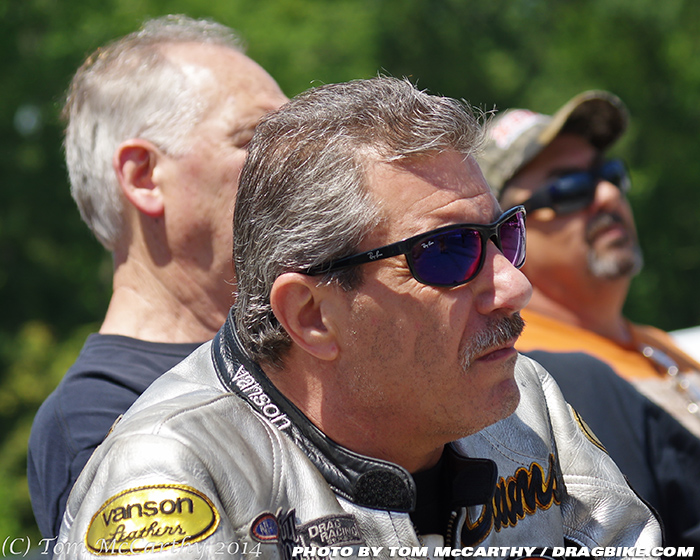 It was at an IHRA Nitro Jam race on Friday, May 29th, during Q-2 racing action that Larry suffered a mishap that caused him to run out of race track and go into the sand-trap at Cordova, International Raceway, in Cordova, IL.  Larry came off the bike and was badly injured in the crash.

Larry’s injuries were such that after assessment, he was sent as quickly as possible from Cordova, Illinois to the University of Iowa Medical Center, which has a Level 1 Trauma Center.  Larry has undergone several surgical procedures as he suffered multiple broken bones along with other complications. 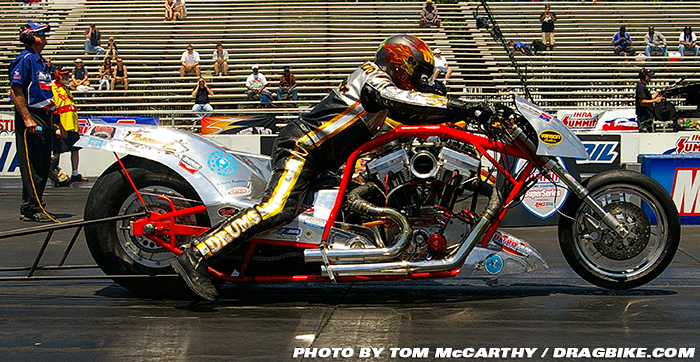 Being out of the ICU unit in less than a week speaks well for Larry’s recovery process – which still has a long way to go.  Larry has family members that have been in to see him and he’s responding well to treatments.

Recently Dan Driscoll of the IHRA magazine DRAG REVIEW was in to see Larry on behalf of the IHRA sanction which cares very much about their racers.  He joined in with the Top Fuel team of Alvin Kobernusz who also stopped in and as you can see by this photo, O’l Drums starting to look like his bad self once again!  The hope is he may go home as early as next week.

All of us at DRAGBIKE.COM wish Larry a speedy recovery! 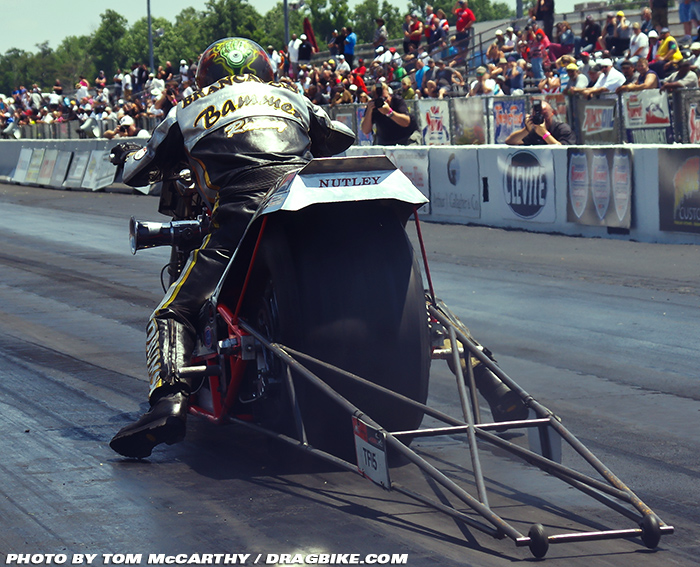