Down three rounds of racing after a rare first-round defeat at the opener, McBride’s chances for a title looked bleak in April. 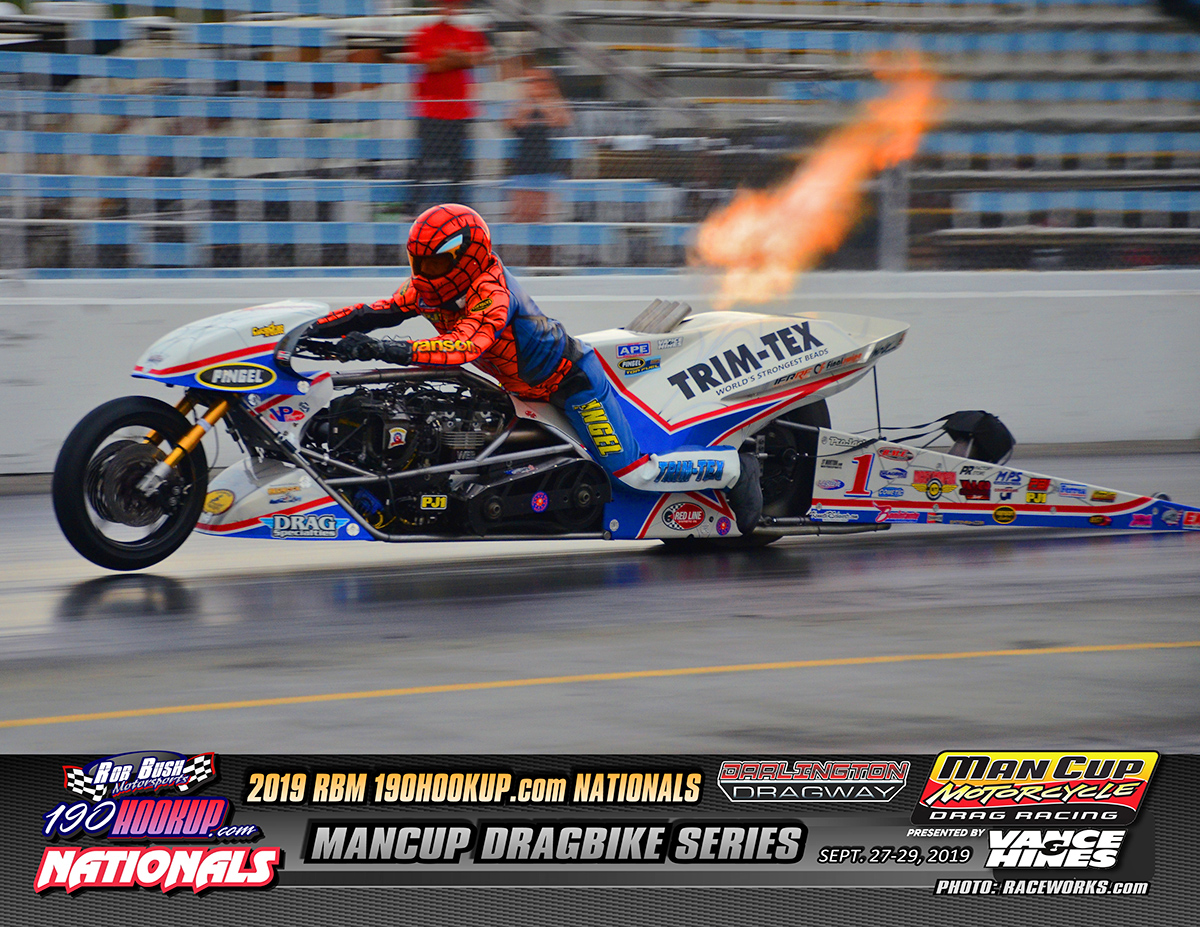 “We knew if we could not win this race we would likely be out of the hunt,” said McBride, heading into the tour’s only eighth-mile event.

McBride’s weekend got off to an inauspicious start after falling short of qualifying on the pole. Vantine gained the upper hand and another point in the standings, narrowly edging out the Spiderman with a 3.78 to McBride’s 3.79.

On Sunday, in typical McBride, edge-of-your-seat fashion, the first racer to ever run a five on a motorcycle stepped up when he needed most with low elapsed time of the event at 3.76 at 210 mph in the final to overthrow Vantine’s threatening 3.80 at 201 mph.

“My team works extremely hard and their hard work showed up in the results on Sunday. There is no quit in them,” McBride said. “I don’t count points, I just keep giving 100 percent and hoping for the best. I can be beat but I’m not going to give anything away.” 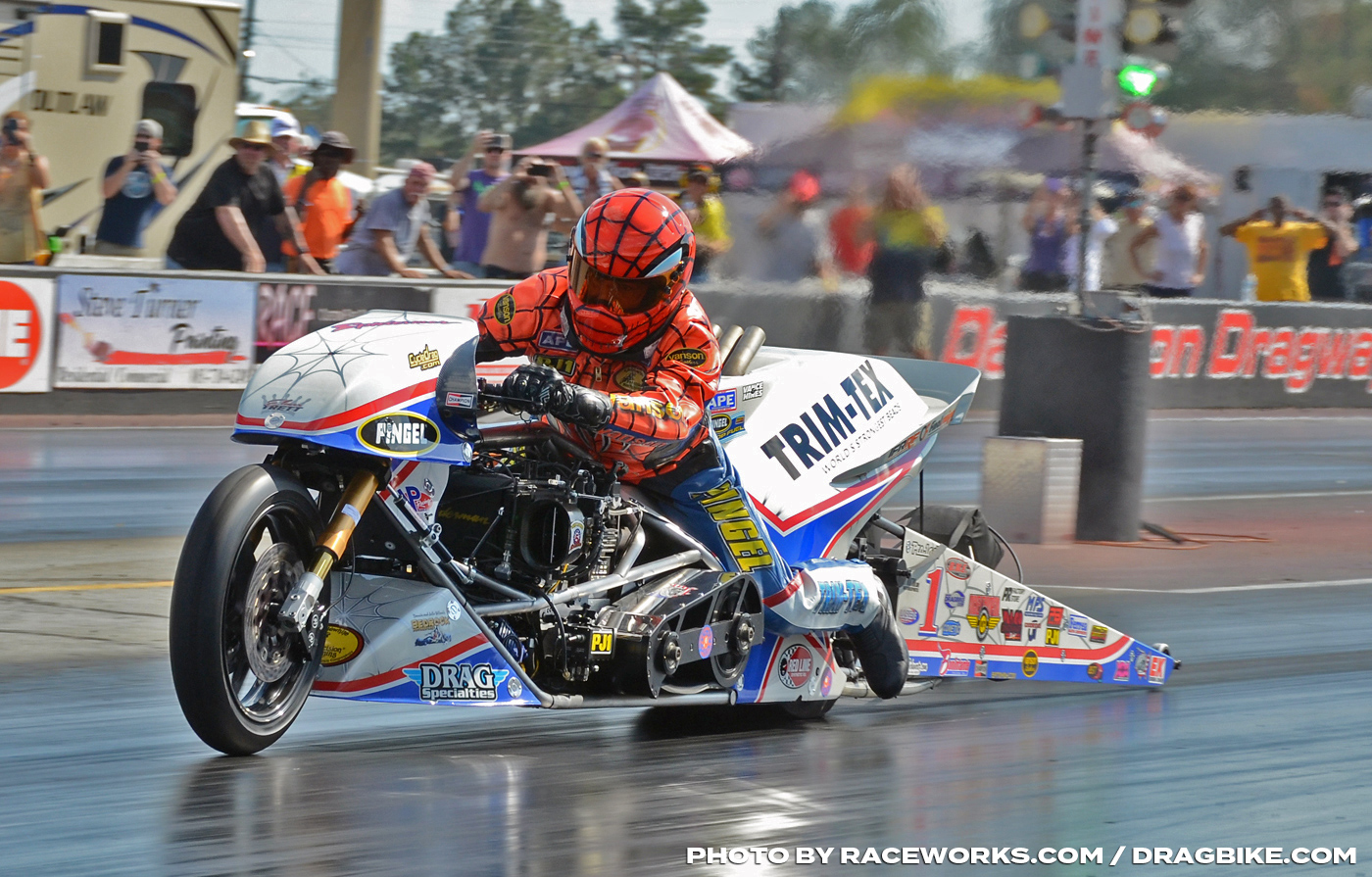 Even more impressive was McBride’s .038 light against Vantine, a former Pro Mod racer known for chopping down the tree. The extraordinary bulb was much needed because with a .058, Vanitne also had a remarkable light by Top Fuel standards.

“You better be amazing on the lights against Vanitne because he’s extremely sharp,” McBride said.

The 3.76 marked a notable improvement from the team’s sheer overpowering of the racetrack in opening qualifying.

“We were borderline with our tune-up. We were running on a tricky track. It had good spots and bad spots. It was tough to figure out,” McBride said. “We had way too much power at the hit in the beginning of the weekend. We had to back everything down. The entire crew came together to figure it out. I felt like we were safe for the final.”

McBride now trails Vantine by less than one round heading into the final two races of the year. It’s familiar territory for the Spiderman who watched the title come down to the wire the last four seasons.

“You never get used to it. It’s always a struggle,” McBride said. “You just need to stay positive. One round down is a lot better than being two rounds down. We’ll just keep doing our best every run.” 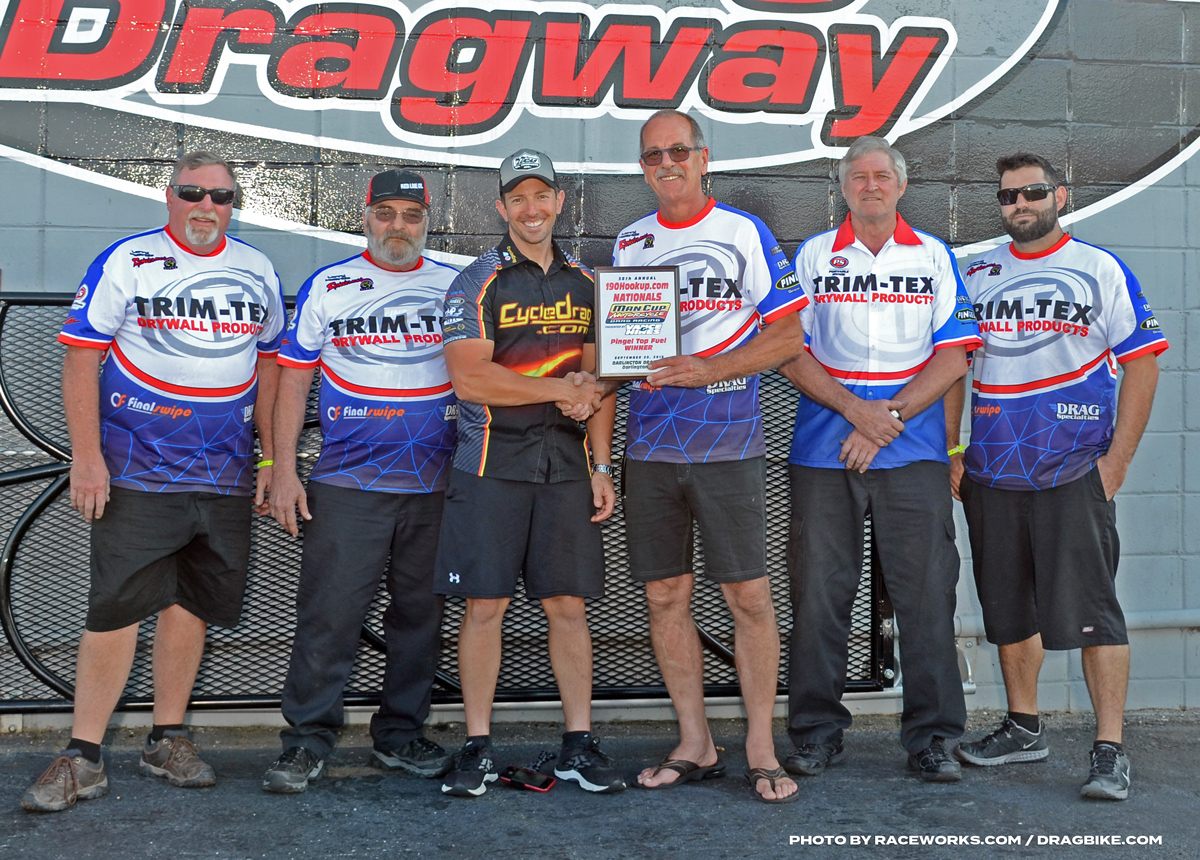 McBride gets back to work October 26-27 in Rockingham, N.C. for the tour’s penultimate event.