Our unique DOHC top fuel nitro twin made five strong straight passes during the weekend, qualified up top at number 1 with a new personal best of 6.28 which included world class 1/8 mile numbers. The weekend was topped off by winning the ACU UK Top Fuel Bike class at The Festival of Power held at Santa Pod Raceway in the UK.” 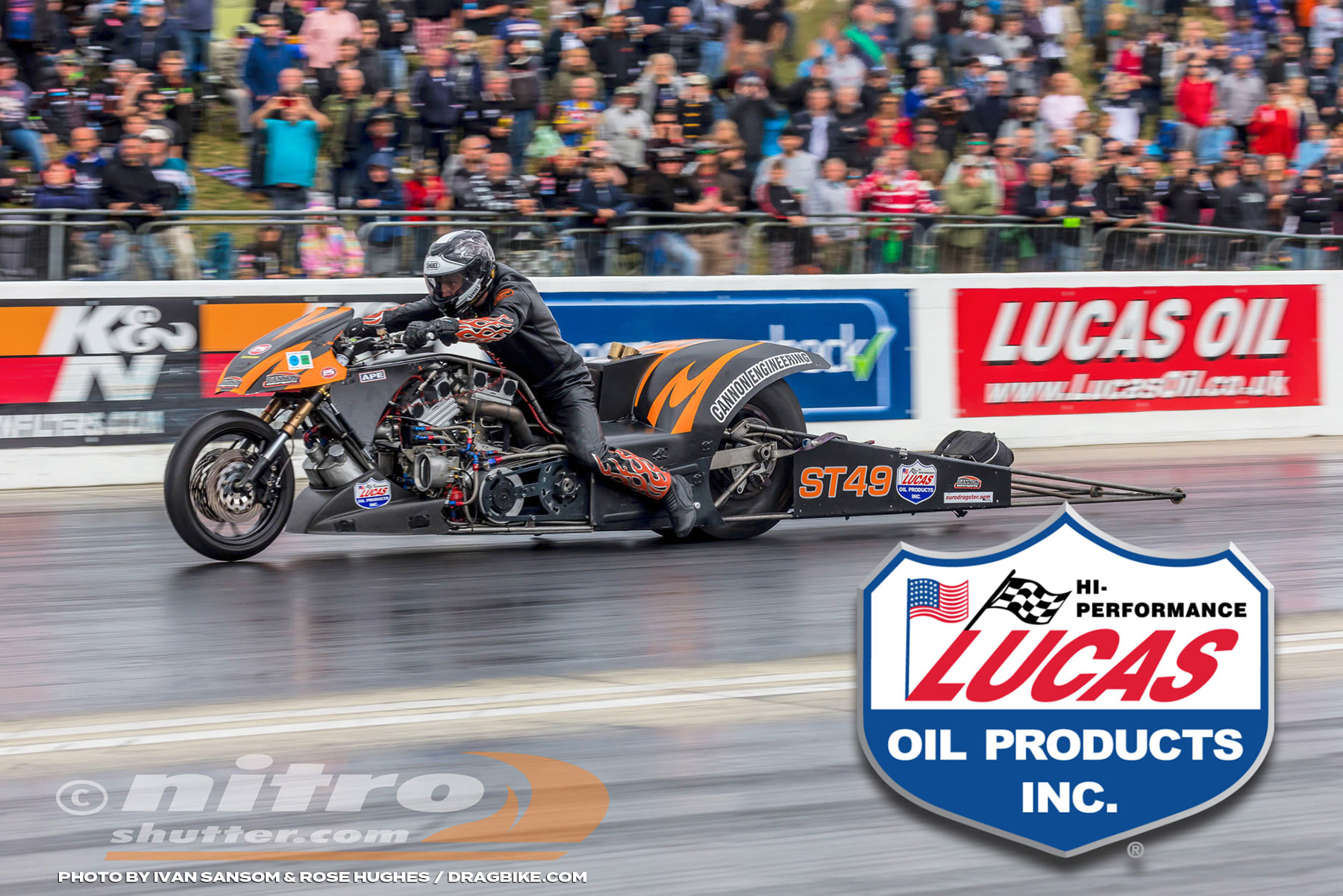 The team had a reasonably trouble-free weekend with only one small tuning glitch which resulted in piston and valve damage. This was remedied and the bike was all set and ready for the first round of eliminations on the Sunday. The team had a solo run in the semifinals and after looking at the data, team manager Chris Hannam made the call to stay safe and only stage the bike to save the motor from any potential damage. 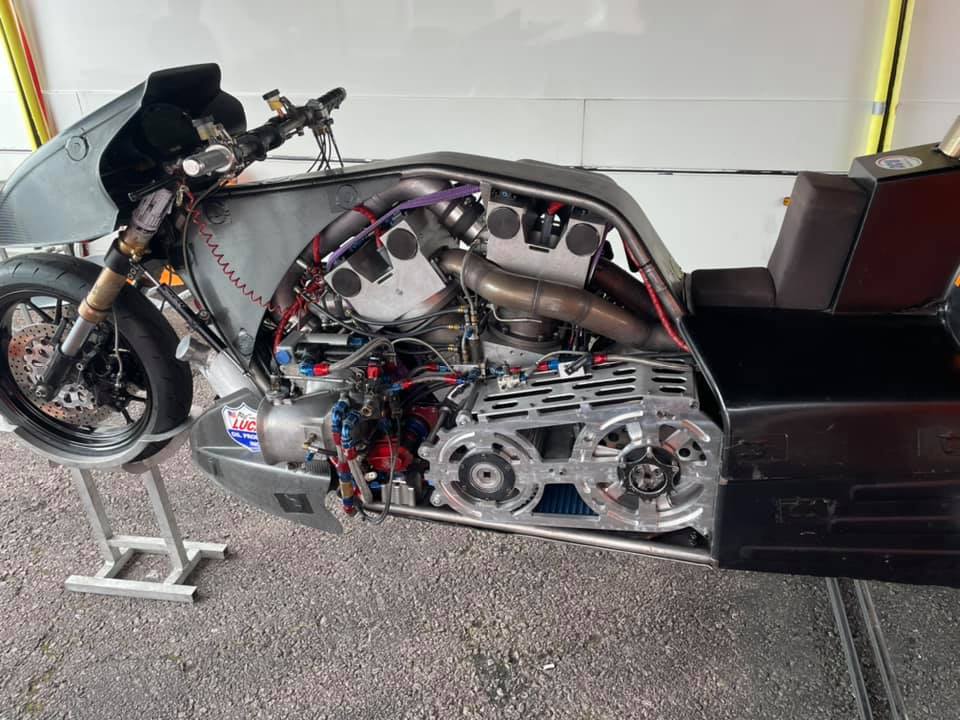 Hannam continues, “we were ready for the final to run hard and fast and destroy another cylinder if it meant we could get the win. Unfortunately, Al Smith who did a great job in beating Steve Woollatt suffered more technical problems and we were left to run the final on our own. We really did not know what to expect but ran a fine but lazy 6.46 at 202 mph. 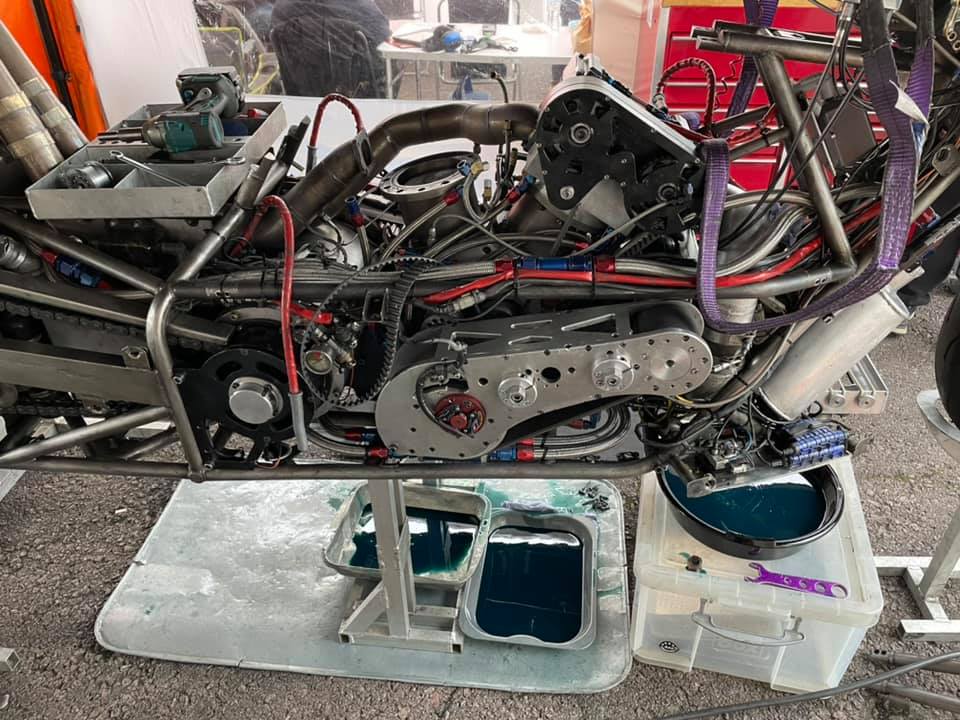 On checking the data we had taken too much fuel away, the engine is still brand new and we now have data to tune from. We know we are getting close to perfect as the bearings now only need changing once a day and the Lucas oil is like new coming out. The best news is we are now seven hard and fast runs in on the new primary drive setup so I’m hopeful our troubles on that front are now behind us. We now have a plethora of data to work with to go fast, the bike will now be stripped and serviced for the third round of the ACU UK Top Fuel Bike championship, the STP summer Nationals at Santa Pod on July 17-18. 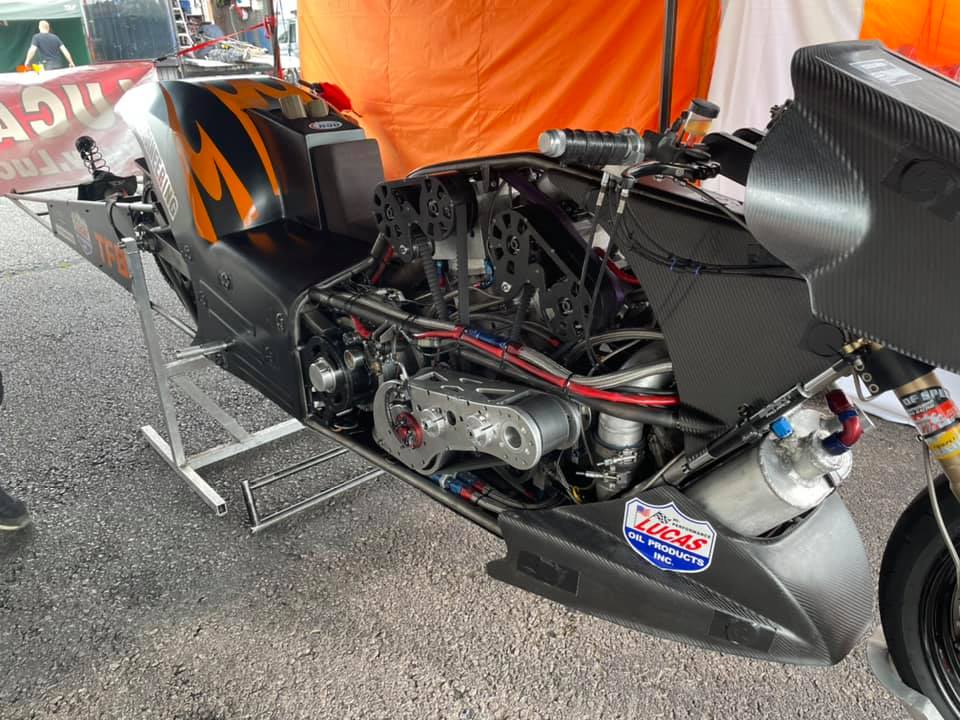 One very notable point was the outstanding track the Santa Pod crew gave all of the teams and they really have this off to a fine art so thanks guys.
Thanks also to Keith Bartlett for keeping alive the dream of not only a world-class track but the plans for the future are impressive so support Santa Pod Raceway where you can.

Thanks also go to the entire super-team for getting the job done and of course to Neil for a fantastic riding job as always.

This win also means that the Lucas Oil Cannon Motorsports team keeps and extends the lead in the 2021 ACU Top Fuel Bike championship. All this is made much easier by our sponsors Lucas Oil, Cannon Engineering, MRE, and Pär PiPPi Willén.” 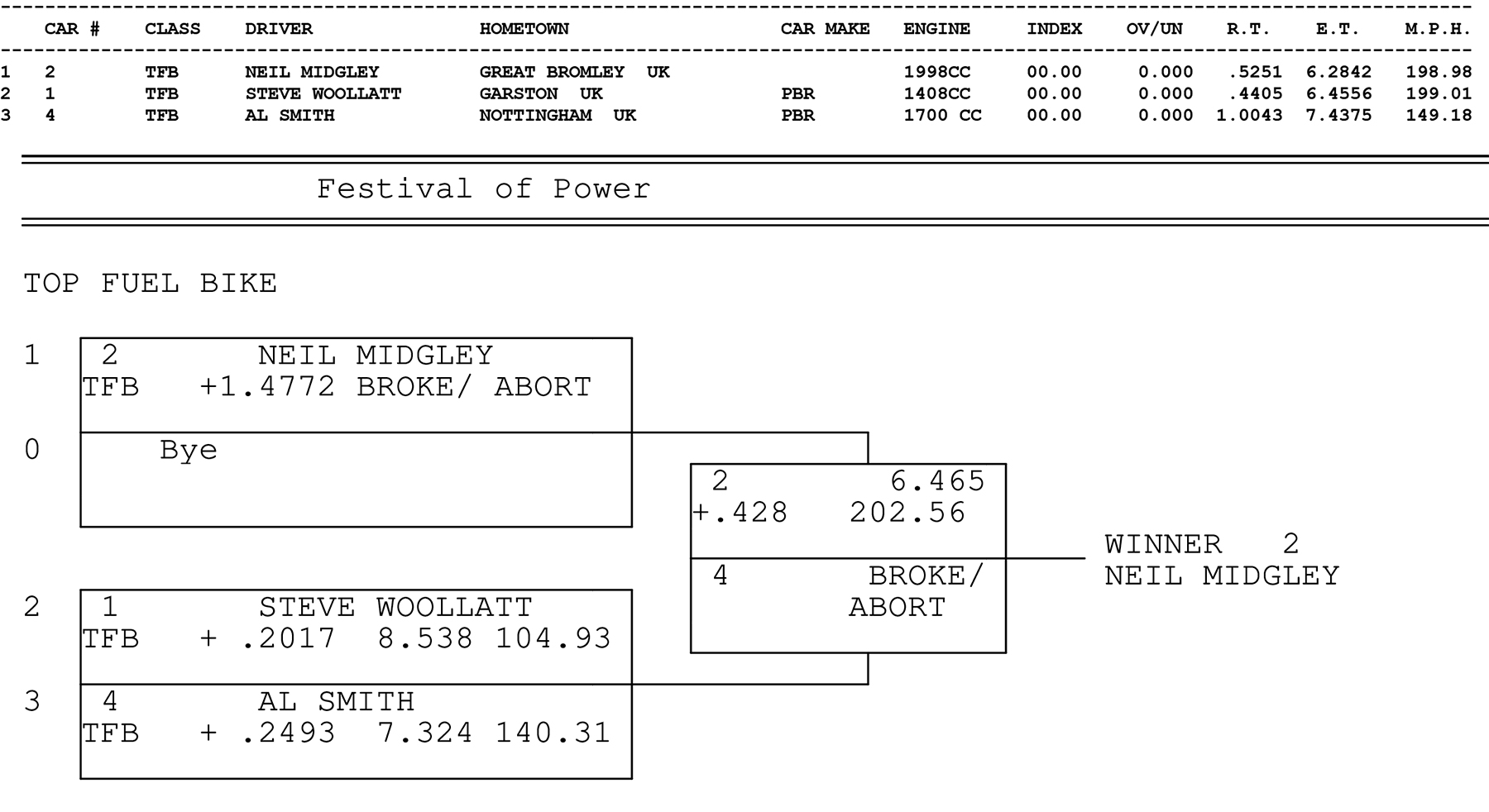 About Lucas Oil
Lucas Oil Products produces a premium line of oils, greases, and problem-solving additives. An American business founded in 1989, it is the most trusted name in automotive additives and lubricants. #ItWorks / www.lucasoil.com