Drag racing is Hector Arana Sr.’s lifeblood, and when the Lucas Oil Buell Pro Stock Motorcycle doesn’t go as fast as he thinks it should, the 2009 series champion scratches his head while looking for answers.

Arana Sr. reached the Countdown to the Championship – the NHRA’s version of the playoffs – for the eighth consecutive season in 2016. After a fast start to the year, Arana sat in the top five in points after six races.

But heading into the NHRA Toyota Nationals this weekend at The Strip at Las Vegas Motor Speedway, Arana Sr. isn’t worried about where he is in the points standings and is instead trying to get his bike better. 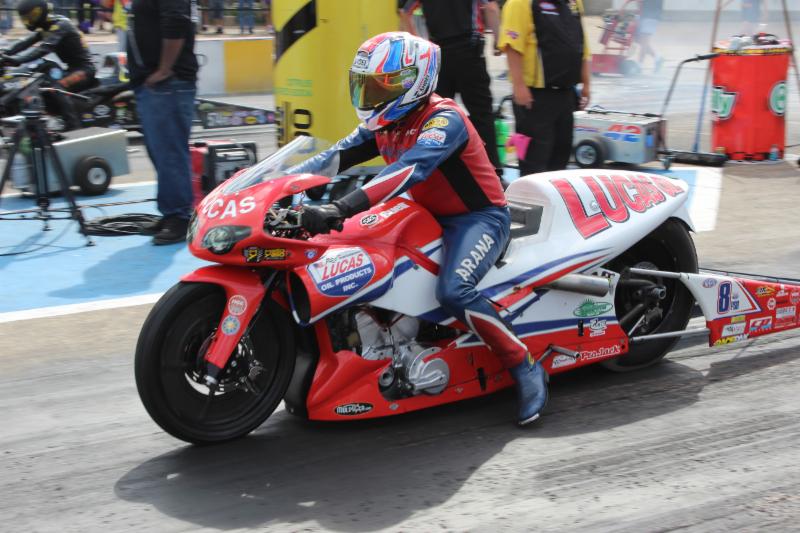 “Right now, it has not been fun because we’re not doing well,” Arana Sr. said. “It’s so hard to get into the spirit and enjoy. But we’ll do the best we can.”

Arana Sr. is one of the friendliest racers in NHRA, always taking time for fans, young and old. That part of his personality has not changed – and never will.

“That’s why I go over there because without the fans there’s no show. It is more fun when you are doing great than the way we are doing right now.”

Arana Sr. and his Arana Racing team usually participate in the Pro Stock Motorcycle tradition of wearing costumes during the final qualifying session in Vegas. But his mind has been elsewhere lately.

“Right now, that is my least concern,” Arana Sr. said. “I don’t even think about it and have not thought about it. All I can think about is why this is happening. Something is going on with the bike, and we’ll keeping work in it until we figure it out. That’s what matters most.”