Racers competing in Hollywood Jackson Pro Ultra 4.60 will be vying for over a record-setting purse totaling over twelve thousand dollars at the upcoming 46th annual FuelTech World Finals presented by Wiseco. The event winner will garner the lion’s share of the purse as that rider will take home a historic five-figure amount of ten thousand dollars!

The 2022 season has been great at Man Cup in the wildly popular Hollywood Pro Ultra 4.60 category. The competition is close, the fields full, and the season-long points battle for supremacy has ebbed and flowed with changes at every event. It all comes down to the Finals to see who will take home the big money as well as the points championship, as ten riders are still vying for the championship due to the Finals being a points and a half earning event. 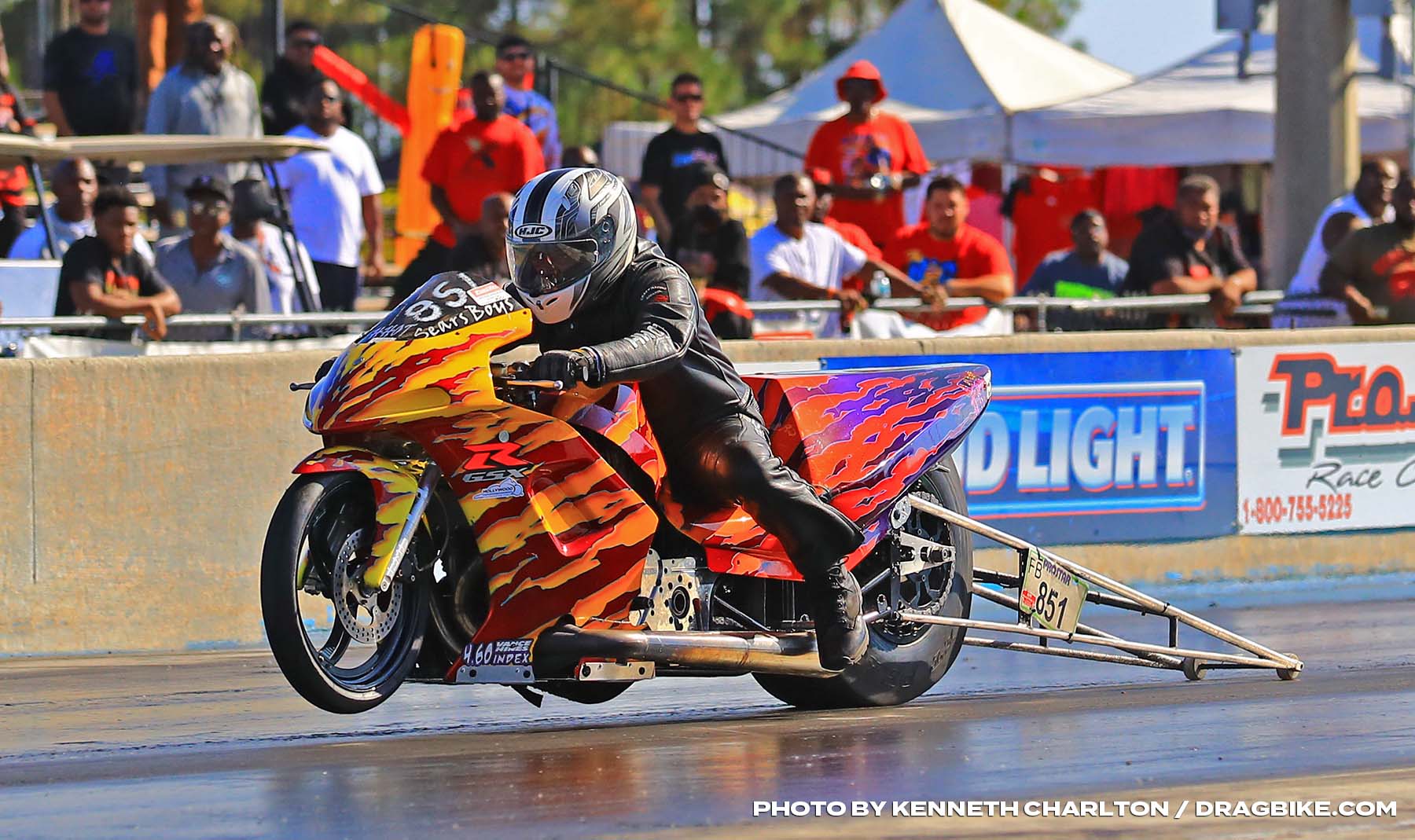 One Hollywood Jackson Pro Ultra 4.60 rider could also be in line to pick up the one thousand dollar “double-up” bonus that was laid out in advance of the 190hookup.com Nationals. Dystany Spurlock took home that event win, as well as the points, lead at Rockingham, and if she can win the Finals as well she will earn an extra grand and the points championship to boot!

4.60 competitors headed to the 46th annual FuelTech World Finals presented by Wiseco at the fabled South Georgia Motorsports Park facility November 17th – 20th will also find the usual compliment of extracurricular qualifying races and last rider standing bonus pots to jump into as they have enjoyed all season long at ManCup. A very modest increase in entry fee to 295.00 will secure each riders spot to compete in this historic field. The field will run in the traditional “all-run” format up to a maximum of sixty four bikes. If entries exceed sixty four, the field will then have a bump spot and run on a sixty four bike ladder.

Class sponsor Broderick “Hollywood” Jackson, a motorcycle drag racing superstar himself is pumped up to end the 2022 season in fine fashion. Jackson, a tireless promoter of motorcycle drag racing heard the news of the massive Finals purse increase while promoting motorcycle drag racing at the SEMA show in Las Vegas. “It is awesome what Man Cup is doing with the 4.60 class and I think the racers have really responded to the positive changes ManCup implemented in 4.60 this season, it has been great to be a part of it all season long. Remember, I promised you at the beginning of the season that the World Finals is going to be epic when it comes to 4.60 racing, and I think Man Cup did not disappoint!” exclaimed Jackson.