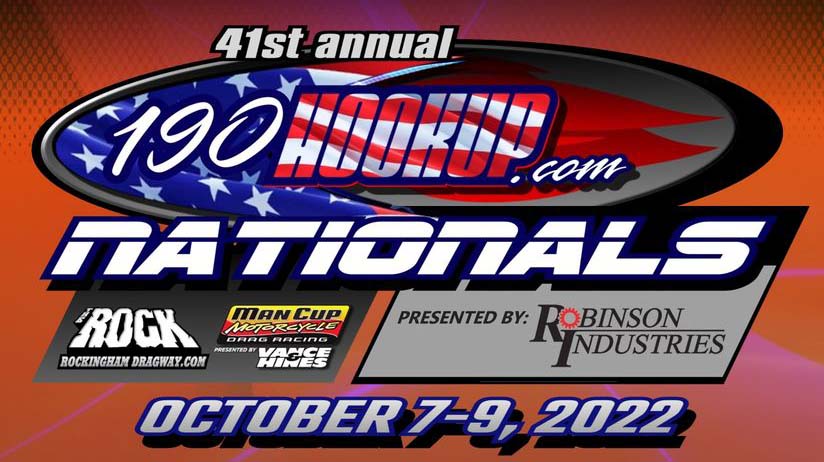 With the clock ticking on his competitive career, 73-year-old Paul Gast will try to muscle his 170 mile-an-hour Suzuki to a fourth consecutive Rockingham Dragway Pro Modified victory this week (October 7-9) in the 41st renewal of the 190hookup.com Nationals, next-to-last event in the 2022 Man Cup Motorcycle Series season.

The Man Cup series is unique insomuch that it is open to all makes and models of motorcycle, from American-built Harley Davidsons and Indians to Kawasakis, Suzukis, Hondas, BMWs, Husqvarnas, Ducatis, Victorys, Nortons and anything else with two wheels and pegs.

While Gast is trying to extend his Rockingham winning streak against riders half his age, he also is seeking a fourth straight ManCup series championship for himself and his iconic “Fast by Gast” brand. 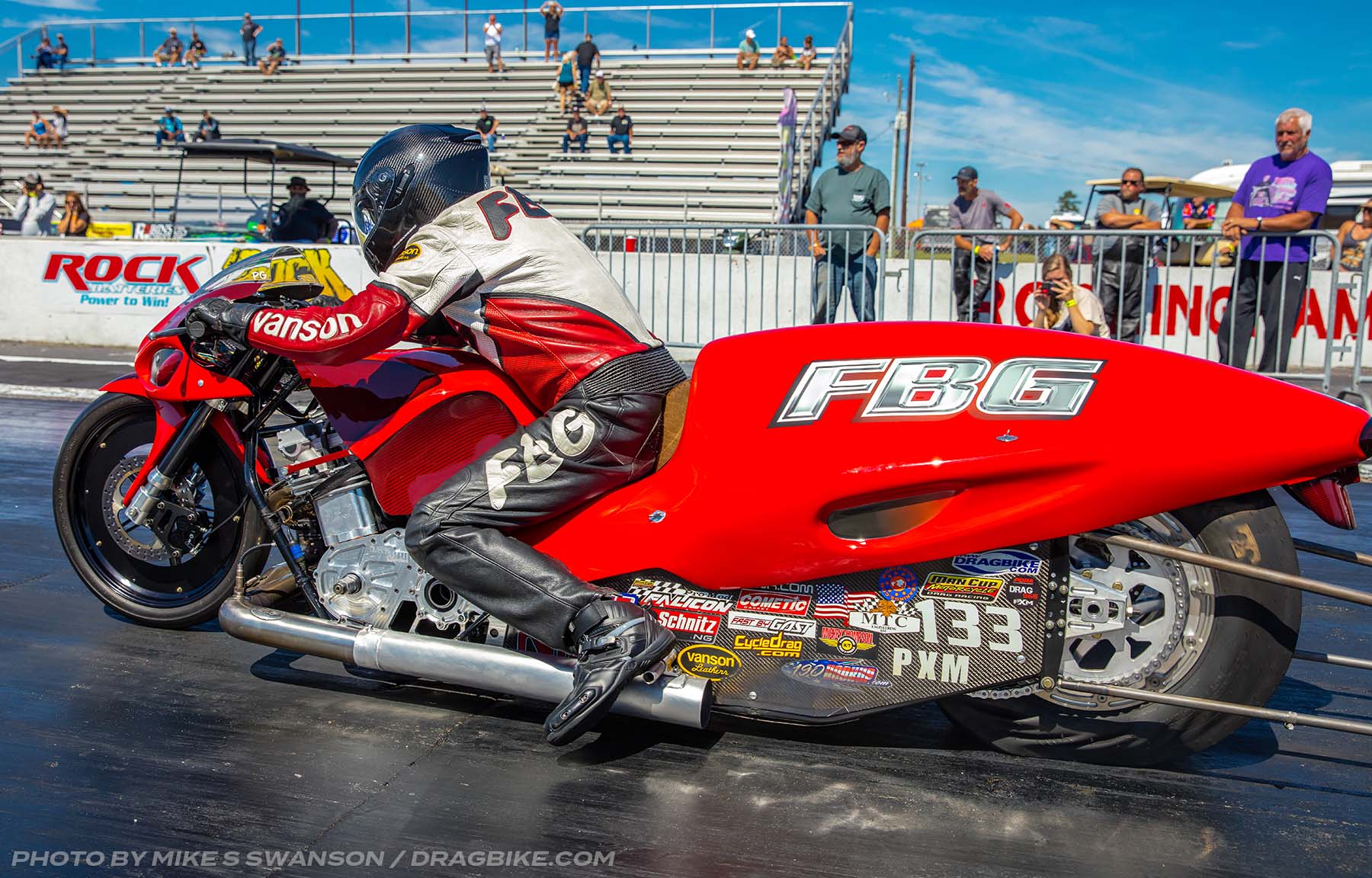 Overall, the two-day event will crown champions in 13 classes including Pro Street, Pro Open, Pro Mod, Top Gas and Pro Ultra 4.60. Pro ET and Street ET will be contested as well. There will be Saturday qualifying for the previously mentioned categories along with more qualifying in Street Fighter and Super Comp with V-Twin ET racing both days.

Sunday eliminations will be critical to the double-up plans of veteran Chad Otts of Olive Branch, Miss., who currently leads in both Pro Ultra 4.60 and Super Comp. Among those who could block his path in Pro Ultra is Maegen Bowers-Petway of Nashville, Tenn., who, as one of the nation’s most prominent black female motorcycle riders, was runner-up at the spring ManCup race at Valdosta, Ga.

Also racing for a championship will be Pablo Gonzalez, the Street ET point leader from Puerto Rico who, two years ago, had a career weekend at The Rock where he won two Pro ET titles and the Street Fighter trophy.

Adult spectator admission is $25 Saturday and $20 Sunday. Children under six are free when accompanied by a ticketed adult and parking is free in Rockingham’s main lot. Discounts are available on multi-day ticket purchases. 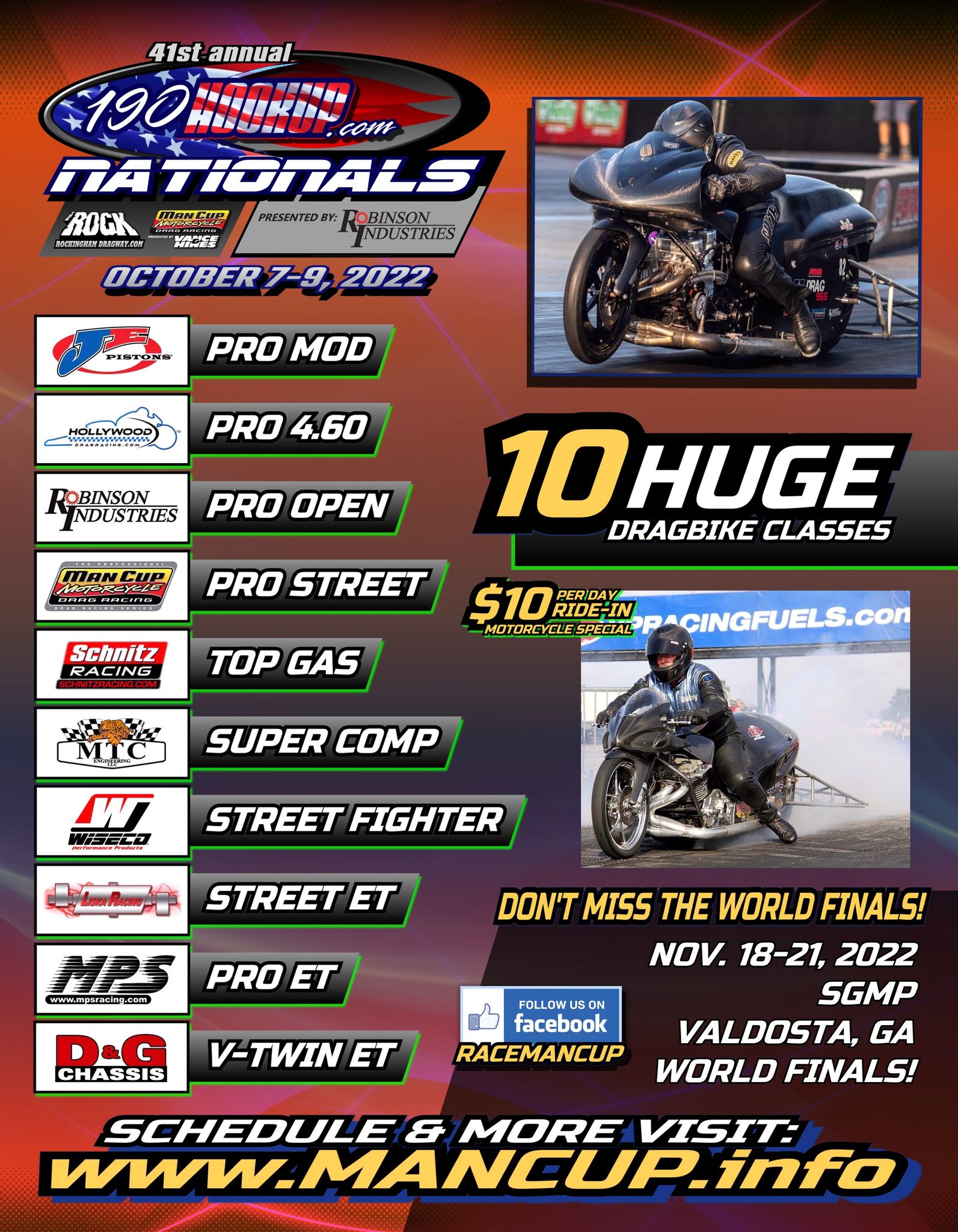