The 40th annual Mann Hill Garage World Finals this November will absolutely be the one race all APE Pro Street riders will want to circle on their calendar.

APE Pro Street riders will enjoy not one, but two separate races across the course of the Mann Hill Garage World Finals. The all new Man Cup All-Star Shootout presented by DME Racing will kick things off on Thursday with a whopping ten thousand dollars to the winner alone! Follow that up with the actual Man Cup APE Pro Street race where three thousand dollars goes to the winner. A really quick, or just plain really lucky enough rider winning them both? Man Cup will present he or she with a special one thousand dollar “double-up” bonus. You read it right; One lucky APE Pro Street rider can walk away from the Finals with a cool fourteen thousand in purse money alone!

The brainchild of longtime APE Pro Street rider Jason Dunigan, the Man Cup All-Star Shootout presented by DME Racing will feature a unique new format that will double the number of racers vying for the ten thousand dollar top prize. Yes, the shootout will feature a thirty-two bike field. Dunigan stated “I want this to be a race where if you qualify, you have a shot at the big money, period. We all know that motorcycle drag racing history has shown any given day, may just be your day!”

The Shootout will kick-off the Finals actual competition on Thursday. There will be two qualifiers followed by rounds one, two and three of eliminations. The semi-final round of four and then the final round will be run on Friday. With ten thousand to win, two thousand to runner-up and seven hundred -fifty each to the two semi-finalists, APE Pro Street fans will be sure to see a fast paced, action packed Shootout. 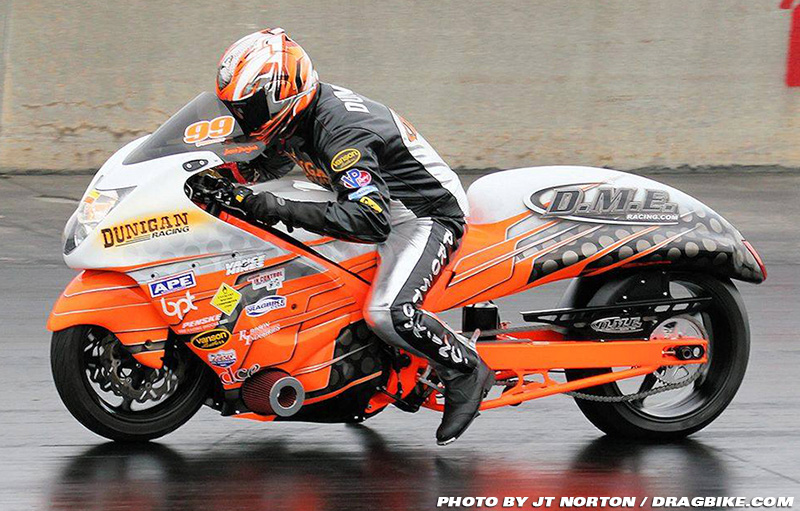 Tying into the thirty-two bike field concept, Man Cup event director Jay Regan agreed to expand the APE Pro Street field at the Finals to thirty-two bikes as well. Regan explained “this is something we had already considered over the last few Finals already. History has shown that our Finals is the race where we always have our largest APE Pro Street turnout of the year, with most years very nearly thirty-two bikes without the bonus of the Shootout. With the addition of the All-Star Shootout, it was an easy decision to expand the Finals field to thirty-two to match that of the Shootout” . “I applaud the forward, innovative thinking of Dunigan on the format. I was very impressed with Jason throughout the process of putting this together as never once did I get the feeling he wanted to favor his team or any other heavy hitters of the class. Quite to the contrary; If anything, I believe the assembled format for the Shootout is very balanced and mindful of all APE Pro Street riders.”

In addition to the tremendous amount of cash money up for grabs, riders entering the Shootout can expect a plethora of product giveaways to truly make this the richest race in history. “Once again, Dunigan went out of the box added Regan. Jason very unselfishly wants to set up the product giveaways on a random basis. Forget about the traditional number one qualifier, runner-up and winner manner where most could argue that the rich get richer. Jason plans are that most all of the product and bonus giveaways be via random draw. Thursday night, every entry will get a name in the hat and the drawings will begin, Oh, and did I mention that Dunigan Racing will be throwing a fully catered affair Thursday night for all of the Man Cup All-Star Shootout entrants to enjoy while they draw for the prize giveaways? The great thing just never stop with this guy Regan concluded.” 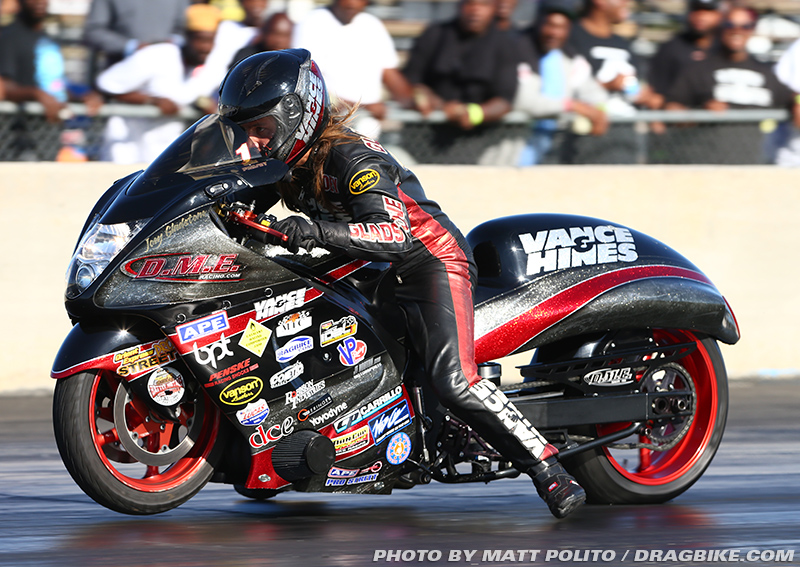 With the addition of the All-Star Shootout taking place, the Man Cup Finals will be starting a full day earlier than in previous years. The gates will open Wednesday morning for a full day of testing. Thursday open testing will continue as well as see the bulk of the action in the Man Cup All-Star Shootout presented by DME Racing. Friday, testing will continue as well as the exciting action that the late rounds of the Shootout are sure to produce. Friday night will see the traditional start to the event with a full round of qualifying. Saturday and Sunday formats remain unchanged with the lone exception of the first round of APE Pro Street; It will happen Saturday night.

There is much, much more to come on the Man Cup All-Star Shootout presented by DME Racing. “Over the next eighteen weeks leading up to the Shootout, I plan on making the is an absolutely must attend event for any, and all, APE Pro Street competitors as well as fans of motorcycle drag racing. I want to hit it out of the park. I have a half dozen blue chip companies on board with product giveaways totaling in excess of five thousand dollars already – – and that’s in just one day! I encourage any company interested in monetary and/or product support for the Man Cup All-Star Shootout presented by DME Racing to contact me directly” closed Dunigan. Jason can be reached directly by phone on 517-812-3220 or at Prostock99@aol.com via e-mail.