The thunder of big-inch V-Twin power is now coming to this weekend’s 46th annual FuelTech World Finals courtesy of MTC Engineering. The Finals always puts a period on a great 2022 season at Man Cup and with the addition of MTC Engineering Pro Outlaw Bagger to the mix, it will assure it!

The addition of the class was spearheaded by none other than Hollywood Jackson and after the season-ending all-Harley event had to be canceled due to weather, Eric Hochstetler from MTC stepped up to help make running the class at the Finals a reality. 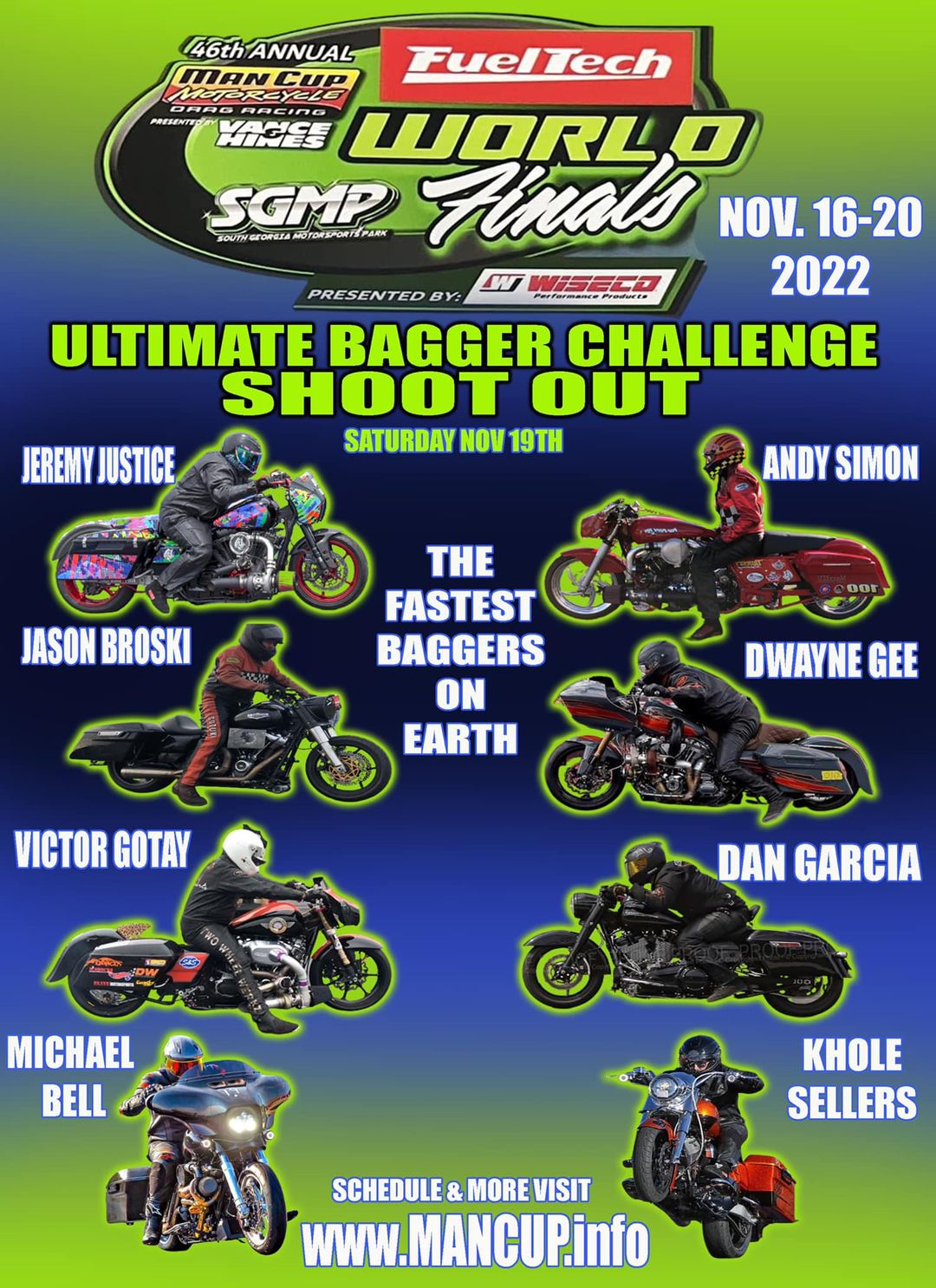