The Manufacturer’s Cup racing organization, or MANCUP sanction as it’s more widely known today, has been at it for five years now since its creation during the summer months of 2010. They held their first drag race in November of that year and with half a decade of racing behind them, here’s a look back at it and how it came together through the eyes of the two men who now head up and run MANCUP, Mr. Jay Regan and Dave Schnitz. 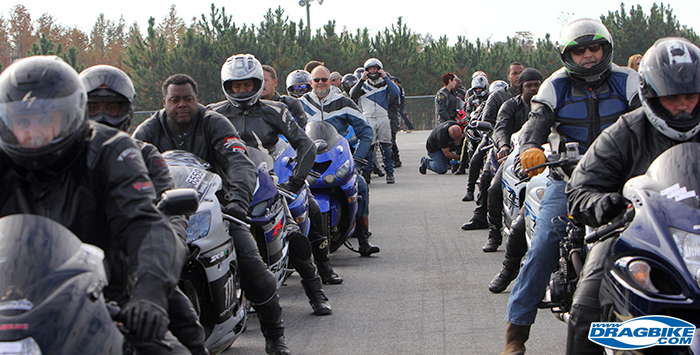 Truth in fact, Jay and Dave nearly completed the purchase of AMA/PROSTAR during the 1990’s era of motorcycle drag racing. But that’s another story for another day. Suffice it to say, it’s only fitting that the two most prominent members of the original “Nifty Nine” that brought together the Manufacturer’s Cup racing organization are now the owners of the MANCUP racing sanction.

Have you ever engaged in team building? It’s not easy. Especially if you’re dealing with multiple persons, from various walks of life, with vastly different points of view. The greater the number of team members, the greater the difficulty. People are so diverse in opinions, likes and dislikes etcetera that even when likeminded individuals with the same goals get together in trying to achieving a consensus, it’s not easy. Which brings us up to 2015 as to the state of the sanction at this time.

During the previous four years of evolutionary development, for various reasons and at various times, seven of the original nine founders of the Manufacturer’s Cup racing organization have vacated their positions as quasi-board members in the decision making process of MANCUP racing. Today the future of MANCUP motorcycle drag racing lies in the hands of veterans Jay Regan and Dave Schnitz. They are no strangers to the sport of motorcycle drag racing.

At one time they’ve both zipped up the leathers and made passes down the 1320 as racers. Then there’s the decades they’ve spent running motorcycle drag racing aftermarket companies MRE and Schnitz Racing respectively. Together they have seen and indeed participated in much of the history of motorcycle drag racing during the modern era for decades. 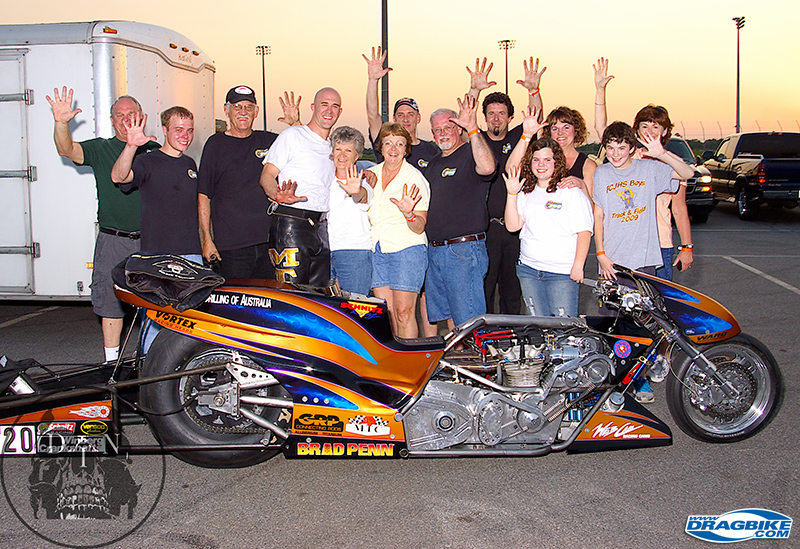 There are several great outstanding achievements MANCUP racing has accomplished during its first half decade of operations. One, the Manufacturer’s Cup racing organization completed what the AMA/PROSTAR sanction started with the MTC Corporation in filling out the eight slots of the Official MTC 5 Second Club.  And two, the fastest pass in Top Fuel motorcycle drag racing history happened on April 10th, 2011, at the Spring MANCUP event at Georgia’s SGMP when Korry Hogan, piloting the Hogan, Dryden, Alwine Top Fuel bike, stopped the clocks with a historic 255mph official pass. And of course let us not forget it was the MANCUP organization that brought Eric Teboul of France, with his rocket bike, to the USA, to run the world’s quickest pass by a motorcycle. A stunning 5.12 second elapsed time run was the result laid down during the Battle of Bradenton on November 9th, 2013. 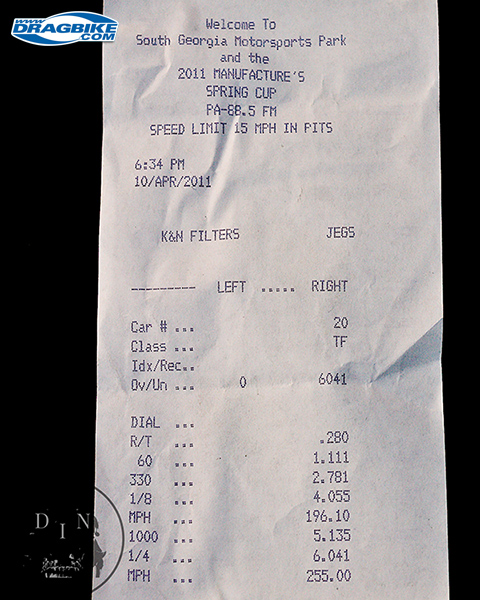 Records are made to be broken and there is no doubt that these numbers will one day be bested, but let the record reflect that it was the Manufacturer’s Cup racing events that made these historic achievements possible.

When the organization first came together during 2010, what were their goals? Dave Schnitz commented, “We wanted to keep the original format of professional motorcycle drag racing alive, from Top Fuel motorcycle on down the list.”

With five years behind them, did the Manufacturer’s Cup racing organization achieve it’s initial goals? Jay Regan commented, “Yes. We felt then as we still do now, that motorcycle drag racing is too important to let it go away. Of course we’re not satisfied or sitting on our laurels, we have much we can improve on and we will.”

The evidence to support this can be seen by the five races now set for the 2016 MANCUP schedule. Five years from now, when the MANCUP sanction is looking back at a ten year retrospective, where do they expect to be? Dave and Jay replied, “We’ll be better staffed with bigger and better payouts, bigger bike counts – let’s say this: We’ll be much stronger than we are today.”

What will it take to achieve this? “Well we’re no strangers to 96 to 100 hour work weeks, that’s just what it takes to do this” was the reply to the question. For racers who’ve been paying attention to the leadership of MANCUP during race weekends, it’s easy to see they average about four hours of sleep a day on a racing weekends, about the same as most professional drag racers. 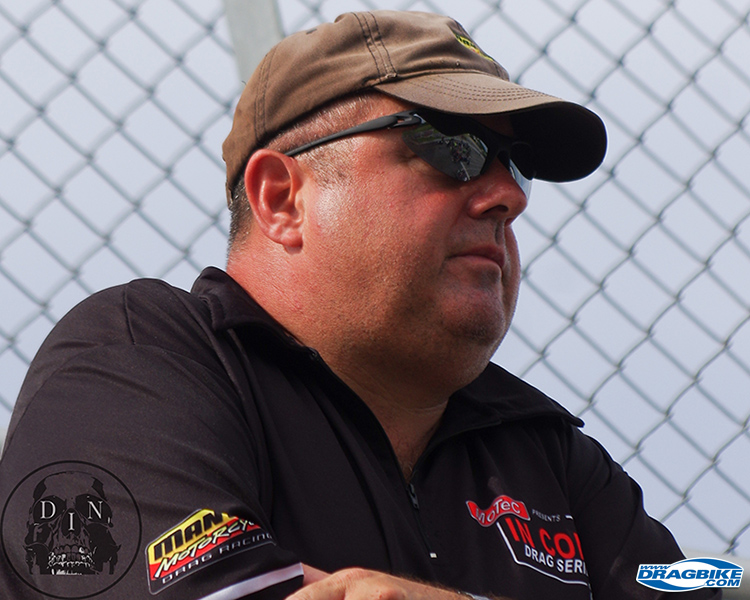 What’s been their most satisfying moment in the first five years? Well for Jay Regan, “Seeing the level of intensity of the battle for the final spot in the Official MTC 5 Second Club or maybe Eric Teboul’s 5.12 elapsed time – the quickest pass by a drag bike in the world – hard to say.”

What has been the most difficult thing for them to deal with? Jay Regan quickly replied, “Seeing Acka Riemer air lifted out of Bradenton after his accident. That just hit me hard.” As a former drag bike racer himself, Jay has seen more than his share of tragedy. Likewise, for Dave Schnitz, he was present when Elmer made his last pass at Indy in 1996. Together these men have seen and been a party to; much of motorcycle drag racing’s history.

Dave Schnitz began Schnitz Racing out of his 20×30 garage in Decatur, Indiana, in 1980. Jay Regan has been with MRE since he was a teenager in High School (1981) and worked his way up, the good old fashioned way, to the top of the company. 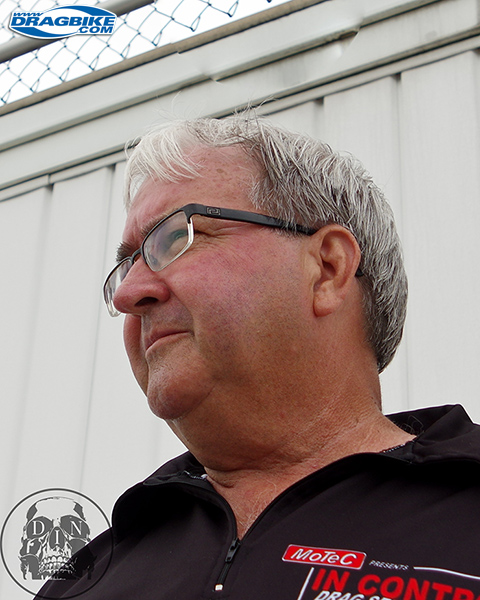 The band “Semi Sonic” once sang in a song “Every new beginning comes from some other beginning’s end.” What began from the downfall of AMA DRAGBIKE, started out as an organization of business men trying to keep a sport they love alive. Today it’s a full-fledged sanction with a bright future motorcycle drag racers the world over aspire to race with. Five years from now it will be interesting to see just how far they’ve come, Ten Years After.