HomeNews / Race ResultsMatt Smith enters Countdown with nothing to Hide

Matt Smith enters Countdown with nothing to Hide

Matt Smith enters Countdown with nothing to Hide

Matt Smith begins his 2018 Pro Stock Motorcycle world championship defense with all his cards on the table. Well, as on the table as the cagey veteran ever cares for them to be. He’s outspoken in a sense.

Smith didn’t debut the way he wanted at the season-opening race for Pro Stock Motorcycle in Gainesville, but weight was still added to his EBR, along with Harley-Davidson and Buell motorcycles by NHRA. Smith is not the forgive and forget sort of racer [that does not make him a rare breed and it’s not fair to begrudge him that].

“We’ve had a great bike all year long,” said Smith. “Yeah, we haven’t won a lot of races, we won one race and had a couple of finals, a bunch of semi-finals. But uh, you know, I think we’re right where we need to be. I mean, we try not to show everything that we have until we start the Countdown because we get penalized, you know, the rules and all. So try just to lay low and just do our job and then go attack. That’s what we’re gonna do.” 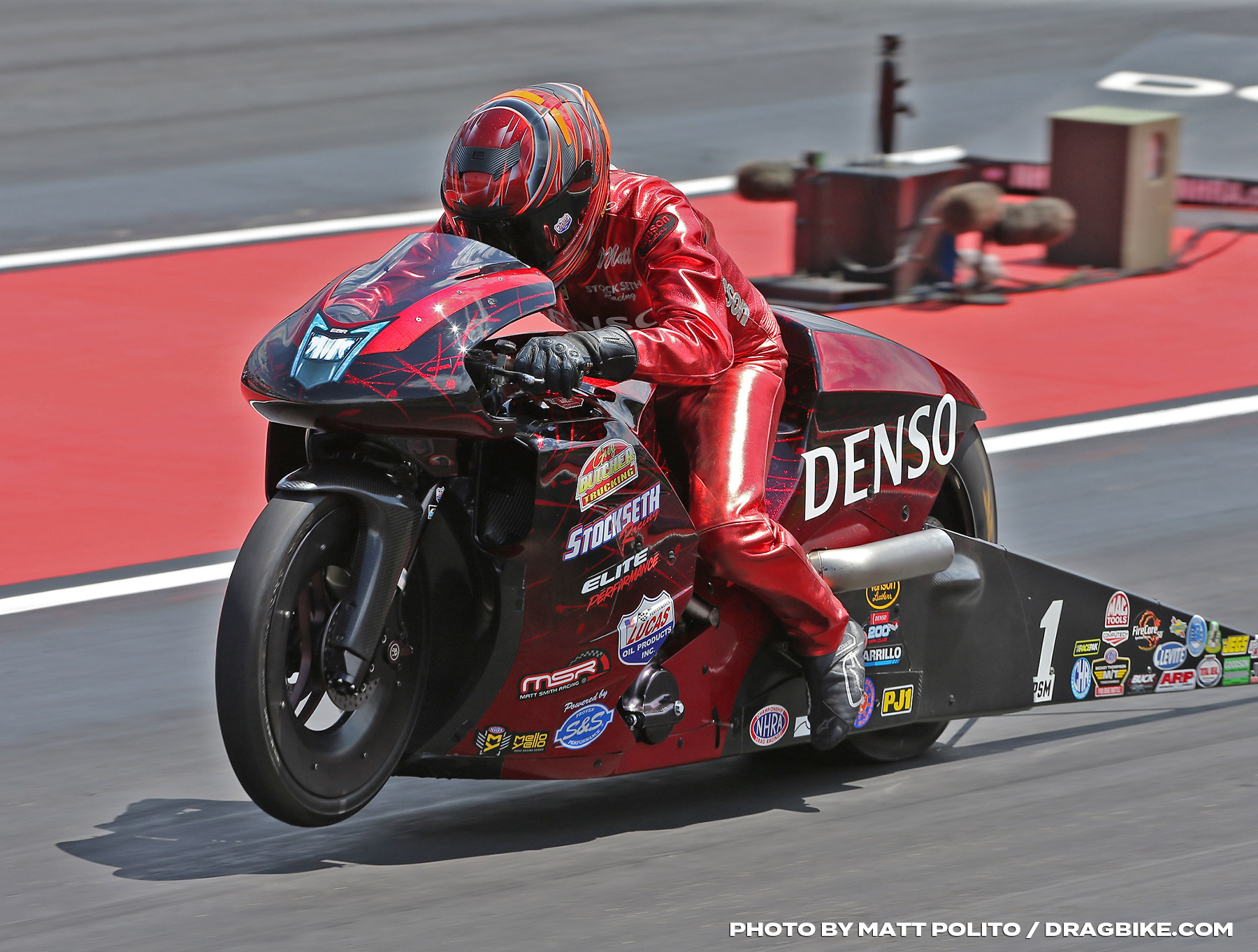 How much can Smith realistically be hiding in his trailer for the six-race playoffs? It kind of depends. Matt Smith Racing, which consists of a three-bike full-time team (Matt, Angie Smith and Scotty Pollacheck) has been very good all season despite only bringing home one win. Its major weakness has been the clutch department, which is best represented (statistically) on the 60-foot clock. The team continues to attack that issue.

“I’ve got a gen-two clutch in mine,” said Matt, referring to a clutch package he has in his motorcycle. “Angie has a generation one in her bike. These other two are gen-one clutches so, uh, tomorrow we will switch them up.”

That conversation, which was on Friday, gives an idea of what Smith’s strategy is. He has four motorcycles on the property this weekend and that gives him the ability to mix and match clutch setups on motorcycles with different tuning setups. He can then isolate variables and more easily get to the bottom of what’s holding the team back. 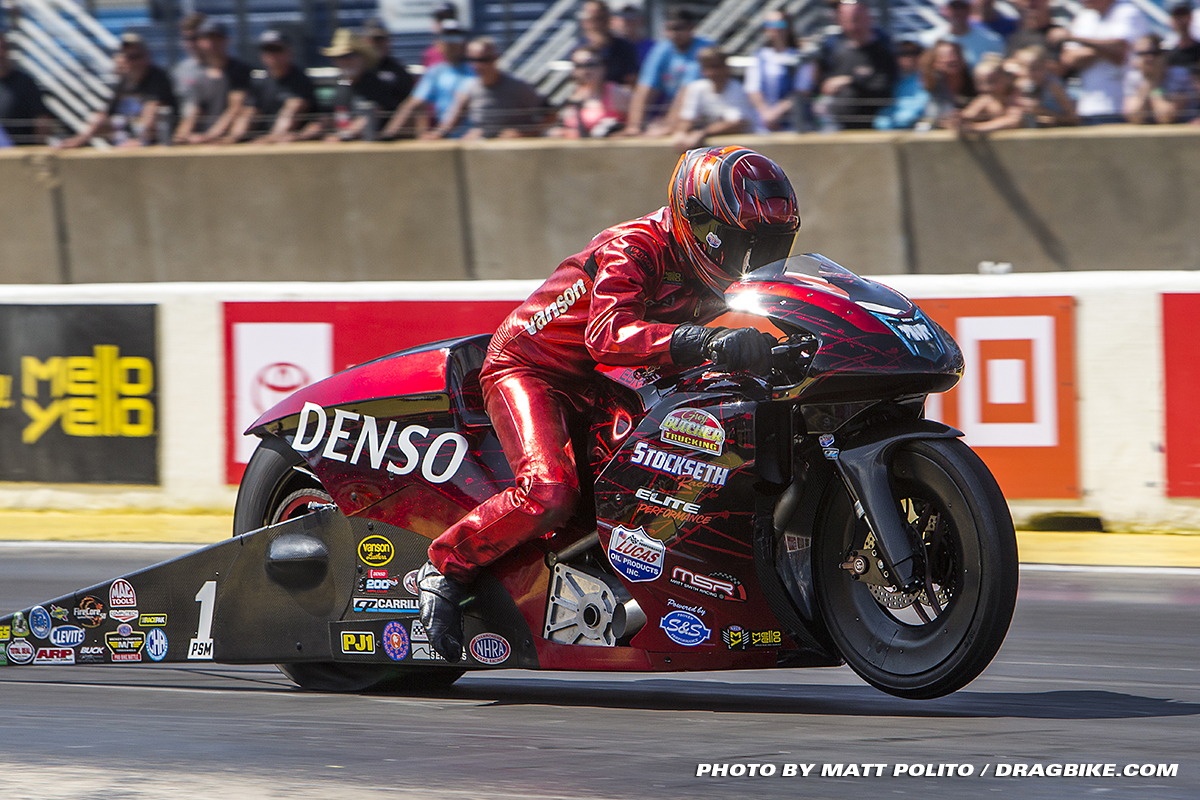 Smith remains one of the best engine builders in the Pro Stock Motorcycle pits [his average speed, 196.44, is the best in the category, and he was doing that before he got an EBR]. Power is not the problem at Matt Smith Racing. Frankly, there aren’t many problems; which is how it works when you reach the top of the category. Everything is detail work. That’s what it will take to move past Andrew Hines, who extended his lead to 26 points during qualifying.

Smith has to race his teammate, Pollacheck, in the first round.