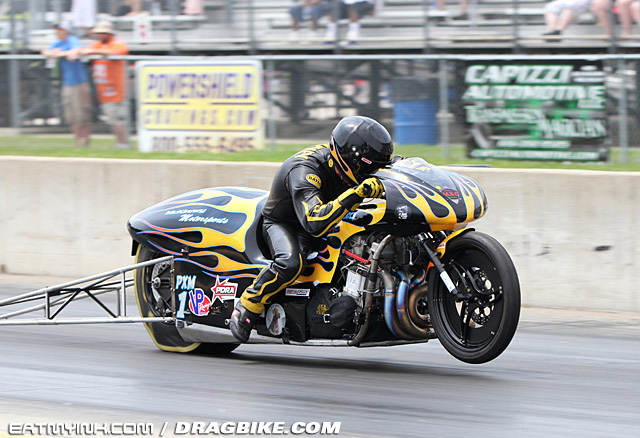 McKinney qualified second with a 4.075 in a tight field behind Terry Schweigert’s 4.072. Eric’s McKinney Motorsports teammate Ashley Owens qualified third with a 4.076. 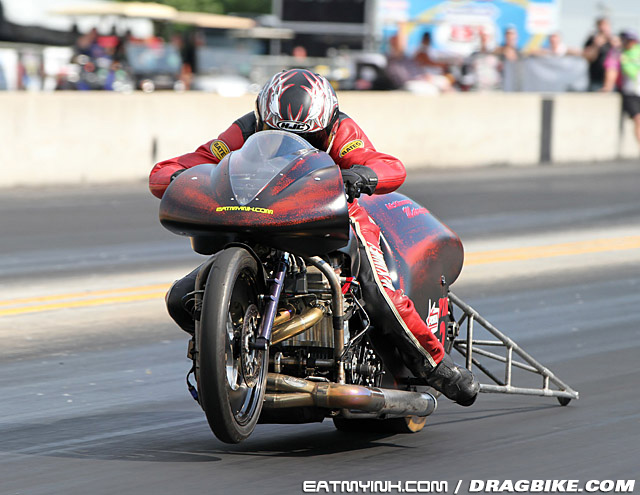 Owens redlit by -.005 in round 1 of eliminations, but McKinney raced past T.T. Jones, Brunson Grothus and Dave Norris for the win in front of many family and friends at what is essentially a home race for the Hamersville, Ohio-based team.

WATCH this video of racing action and interviews:

The McKinney Motorsports team races next at the PDRA U.S. Drags at Virginia Motorsports Park in Dinwiddie, July 25-26, 2014. 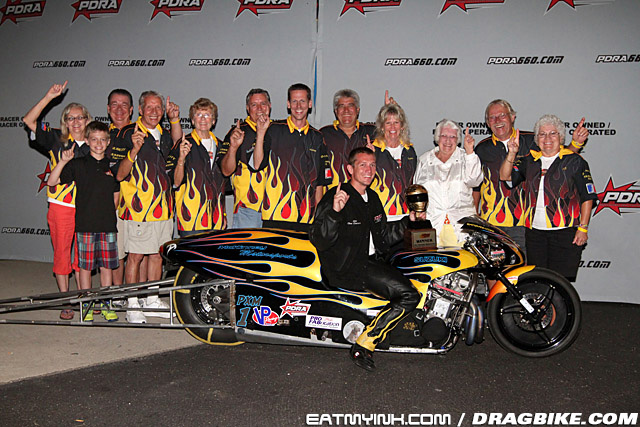