Neil Midgley’s progress in taming his Puma Engineering bike reaped rewards at the final round of the FIM European Drag Bike Championship Finals at Santa Pod Raceway, England after he made his way through eliminations to make the final at the most prestigious event on the European calendar. 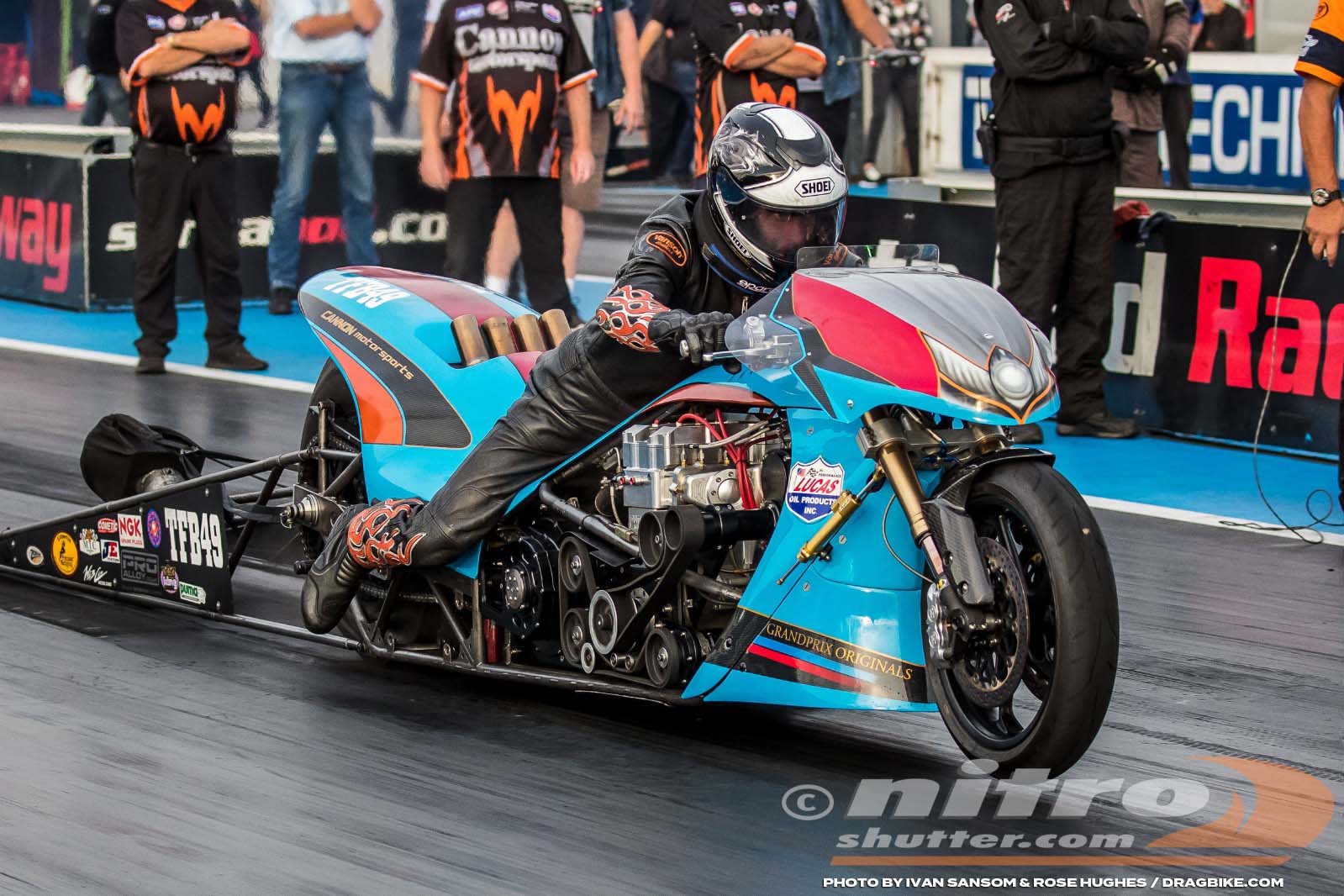 However, the event was tinged with great sadness as the capacity crowds not only paid their respects to Her Majesty Queen Elizabeth II following her passing on the first day of the event but also to great friend of the team and former FIM Championship Top Fuel Bike owner Jon Morton who sadly died shortly after returning to his pit from a qualifying run in his Super Gas car. An immaculately observed and poignant 2-minute silence was held in respect of both the Queen and Jon on race day at around the same time. 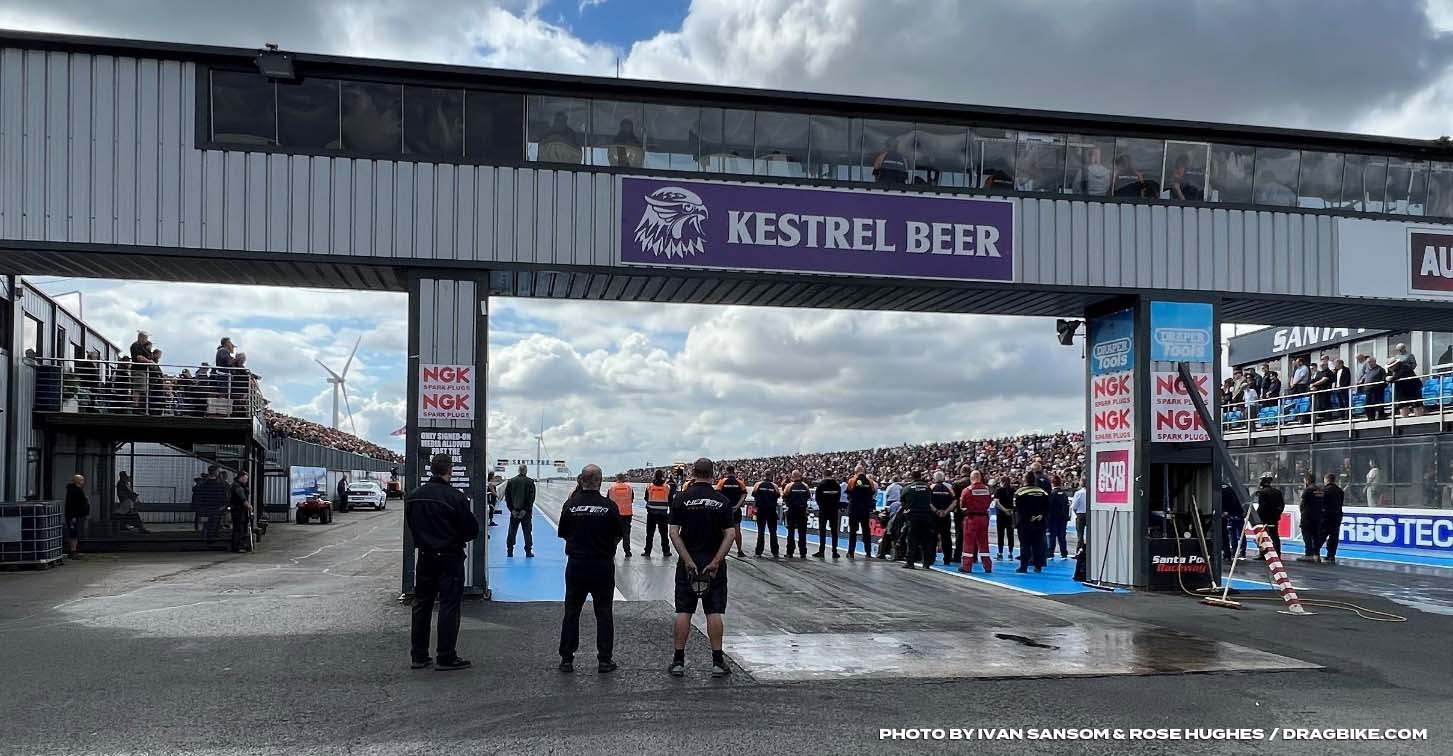 The King Racing / Cannon Motorsports team kept the tune modest for the event but Midgley still qualified in number 2 spot with a brace of 5 second passes including a crowd pleasing side by side 5 second run against Gustafsson, with Midgley’s best an early shut off 5.976 sec @ 204.30 mph pass. He then progressed steadily through eliminations by beating Rene van Den Berg with another early shut off 5 second pass to end the Dutch riders hopes of a European Championship crown, and then fellow British rider Al Smith on the innovative Phil Baimbridge conceived machine to meet the now new European Champion and European speed record holder Rikard Gustafsson in the final. 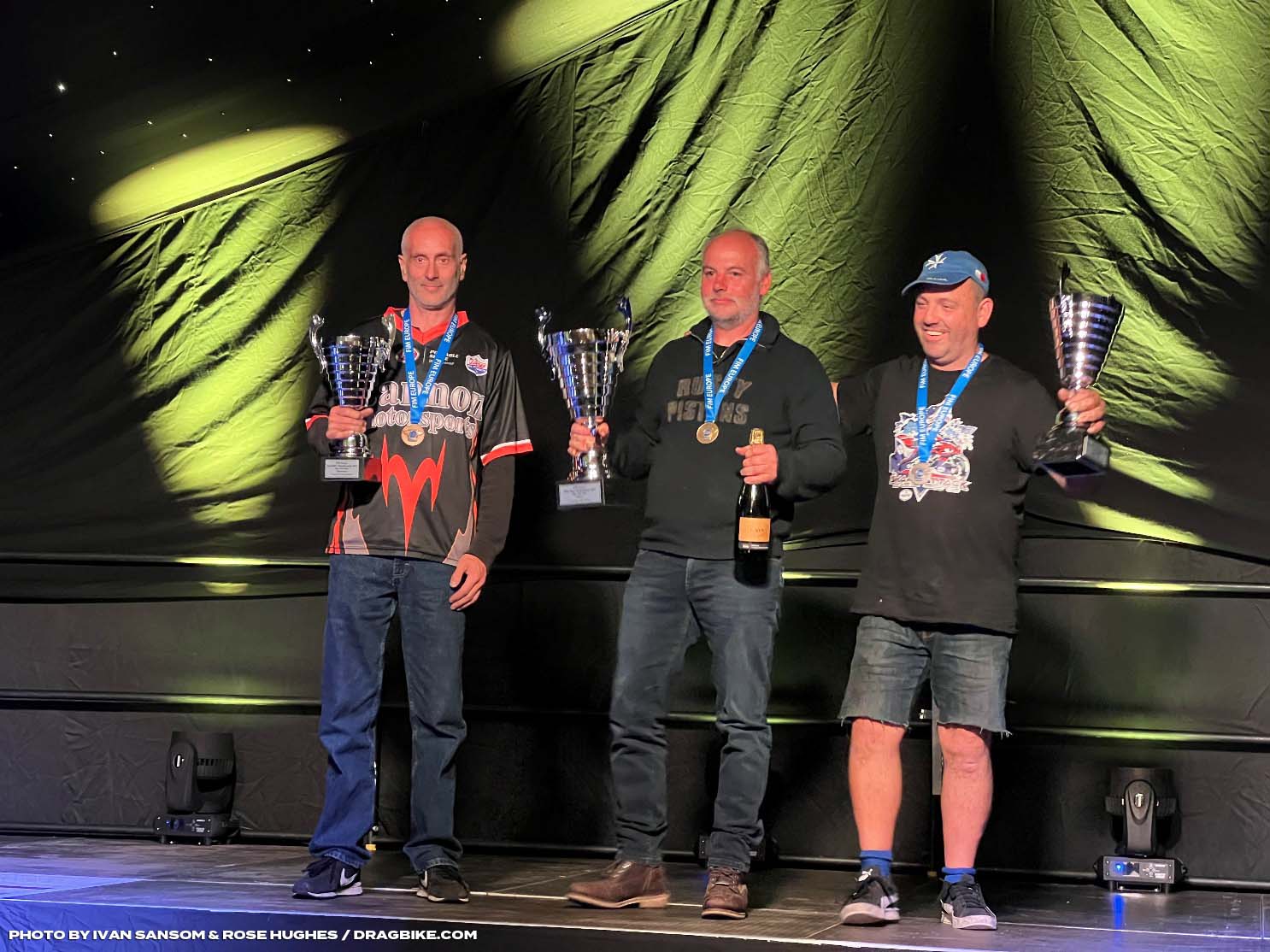 The final between the two 5 second runners took place as the night closed in and the track began to cool. Midgley was very sharp on the lights with a 0.09 second reaction time and was ahead of the Swedish rider all the way until around the 1000 ft mark when Midgley rolled off the throttle in the darkening conditions to let Gustafsson take the stripe.

Despite competing in only half of the FIM Championship rounds this season Midgley finished in third place in the Championship behind Rene van den Berg and Rikard Gustafsson, both of whom competed in all rounds.

The team look forward to their final race of the season, the ACU UK Drag Race championship finals at Santa Pod on the weekend of the 24/25th September. Live news and free streaming of this event can be found on Eurodragster’s superb event coverage page here:  http://www.eurodragstereventcoverage.com/santapod/live/2022uknationalfinals/default.asp

The team is proud to be supported in their world-class performances by their blue-chip partners: