UK Top Fuel Bike rider Neil Midgley took the next step in his developing career winning his first event riding his Puma Engineering machine with a solid win at the ACU UK Championship event at Santa Pod, the Spring Nationals.

Following modifications to his seating position to improve his overall control and stability since the last meeting the Colchester based rider made solid progress with the King Racing & Cannon Motorsports team collaboration despite a weather affected qualifying session. 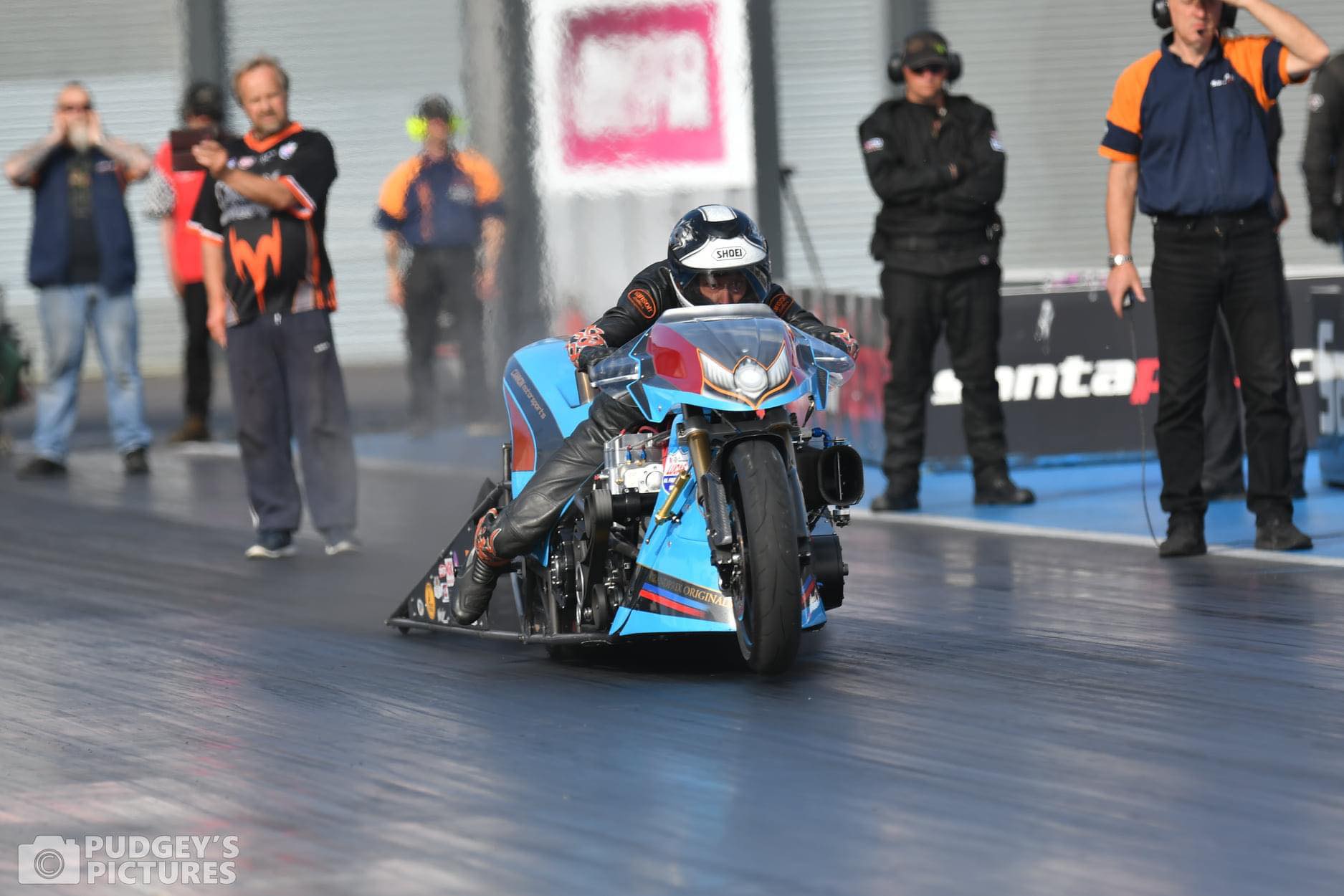 Unfortunately for the Nottingham rider, Smith encountered some traction issues but he would need to have broken into the fives to overcome Midgley’s strong but early shut off 5.9202 secs at only 199.75 mph.

The final was effectively the veteran versus the newcomer, but Midgley left hard and first whilst Woollatt was off the throttle as he saw his opponent rapidly disappearing into the distance before rolling off unopposed. A first event win on the multi championship winning machine for Midgley and the combined team of Mike Vickers, Ian Carruthers, Martin Brookman, Marius van der Zijden and Team Principals Ian King and Chris Hannam bodes well for the future.

The next event for the team is the first round of the FIM European Championship `Main Event’ at Santa Pod Raceway on the 27th-29th May where early season title favourite Rikard Gustafsson makes a welcome return to the UK shores alongside a full field of other top teams in the class including the fast leaving turbo Funnybike of Stuart Crane.

The team are proud to be supported in their world class performances by their blue-chip partners: