Mike Pearce Racing Fights Off Adversity And Wins The 2016 AMRA Pro Gas Championship With A Vengence!

When we started the 2016 season in Baton Rouge for the first race there was one item missing, our Hot Rod. Due to the several vendors being late with critical components, we were not ready. Tom called Mike with the news and he loaded up his PMFR chassis Victory to go rounds, and off to La he went and Billy won that race. Tom stayed with the project to get if finished. 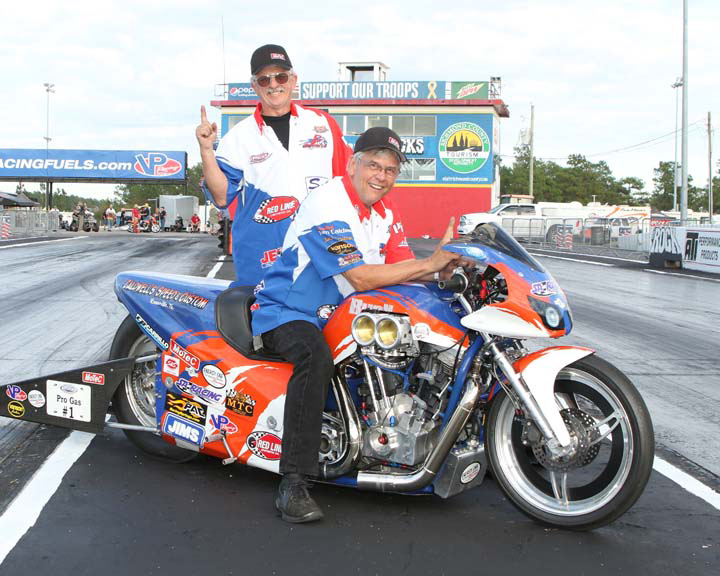 After a little testing, Bowling Green came around, and Mike was getting used to the added power of the new 160” motor and EFI system, and slip on the starting line gave Billy the win.

Next was the Junior Pippin Gas Nationals at Reynolds, GA and after 3 consecutive weekends of testing and running several stellar 7.9’s at Bristol we broke a cam filling the motor with metal the weekend before Reynolds, so the Victory came out again. Glad I had the Victory on standby. Billy wins this one, and goes 1 more round than we did.

It’s getting a little uncomfortable, to say the least. Race #4 was back at Bowling Green, the hot rod was back at the racetrack, we won the race, were #1qualifier, and things were looking good.

Event #5 was at Martin Michigan, we qualified #1, we needed the round points. That was not to be, as Mother Nature won this event.

Now with only 2 events left, and 240 points out of the #1 spot in points, we had our work to do at BG. We wanted this, and I believe we did our jobs. By the time the weekend was over, we had qualified #1 with a 7.832, won the race and reset all 4 records for the class and were 15 points in the lead. 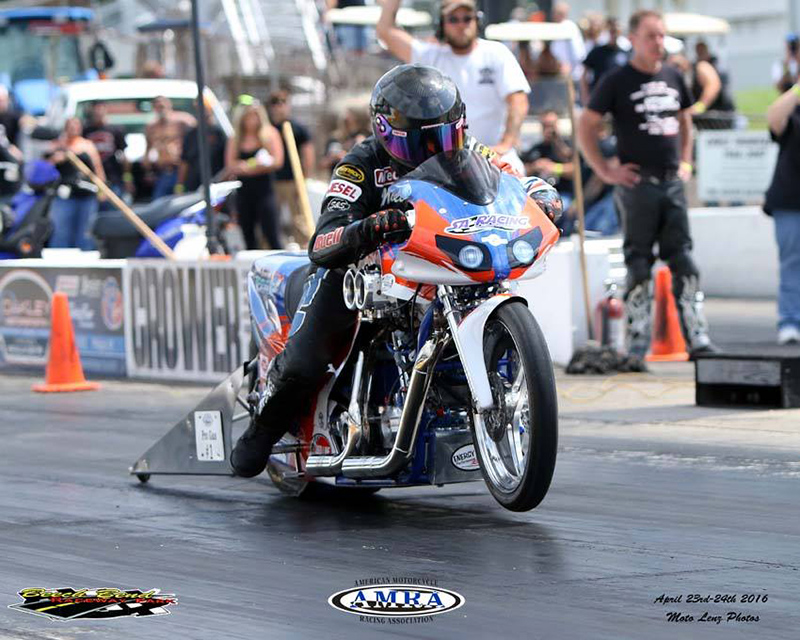 Rolling into the rock for the finals, we had a good feeling about the weekend. Tom had the bike set on “KILL” as always, Shane Pendergrast says!

This racetrack always has the possibility of rewriting record passes and it did not let us down. 7.693 @ 170.00, first pass off the trailer!
Due to having to rebuilding the tree, after a sportsman incident, we only had 1 other qualifying pass on Sat. and we ran a 7.78. Then we waited for Sunday to come around, and posted a 7.72 against the Banana winning the race and backing up the record pass from Saturday, to rewrite all 4 Class records again.

Mike said, all this has taught me a few things, and one is, no matter how far behind you may be, never give up, focus, work hard and things will come your way

A huge thanks, and special recognition has to go out to the following people that went above and beyond, to make our racing season a true record setting season.

Tom Caldwell, my crew chief/tuner/builder at Caldwell’s Performance Center in Knoxville, TN is at the top of the list, for all the months spent building a new 160” motor combo and designing a new EFI system, working with several new vendors, engulfing himself in fabricating all the new mounts, researching the tech manuals, and data in a short period of time. 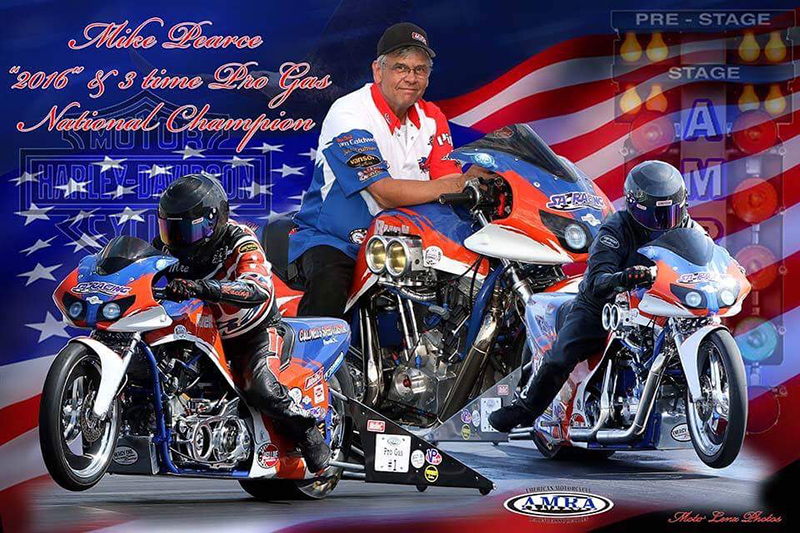 Next on the list would be Steve Allstaedt. Thanks you Steve, SA Racing is a huge part of our race team, and we are fortunate to have you working with us.

The other person I would like to thank is Andy Simon. Tom laid out and assembled the components he wanted in the EFI system and he and Andy worked 14 days straight to get the intake system finished. They work well together.

Hats off to the crew at MoTeC for one awesome EFI system. These guys went above and beyond, and the hard work really shows.