HomeSanctionsMIROCKMIROCK : One Big Winning Day at The Rock

MIROCK : One Big Winning Day at The Rock

A beautiful Halloween in the Sand Hills of North Carolina gave way to truly frightening November 1 weather, postponing the whole Saturday schedule of the 16th Annual Lee’s Performance World Finals at Steve Earwood’s Rockingham Dragway. That made for one big, cold, hectic Sunday of qualifying and eliminations at the final race of the 2014 Mickey Thompson MIROCK Superbike Series. 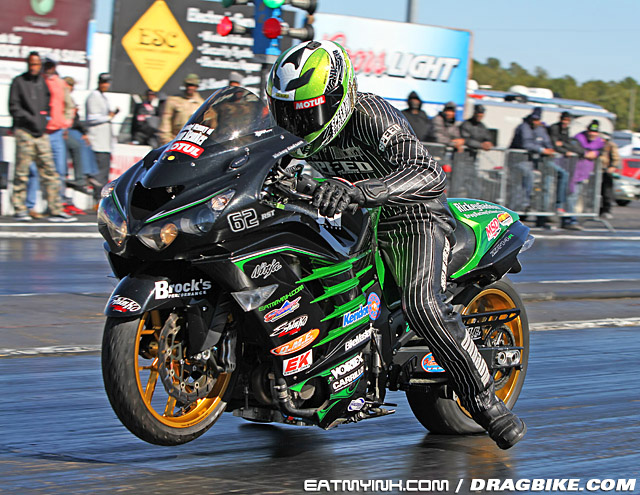 No class was more intense than DME Racing Real Street, where Kawasaki superstar Rickey Gadson had his Chris Jones-built, turbo ZX14R shooting for a championship. To do so, he’d have to get past defending champion Jeremy Teasley’s nitrous-huffing ‘14.

The first order of the day was accomplished when Gadson took number 1 qualifier by .012 of a second over Teasley in their one shot. But that put Gadson up against his nephew Richard in round 1—no doubt a sure win for Uncle Rickey but perhaps a missed opportunity for him to have knocked off Teasley, or Richard to have beat one of Teasley’s teammates. 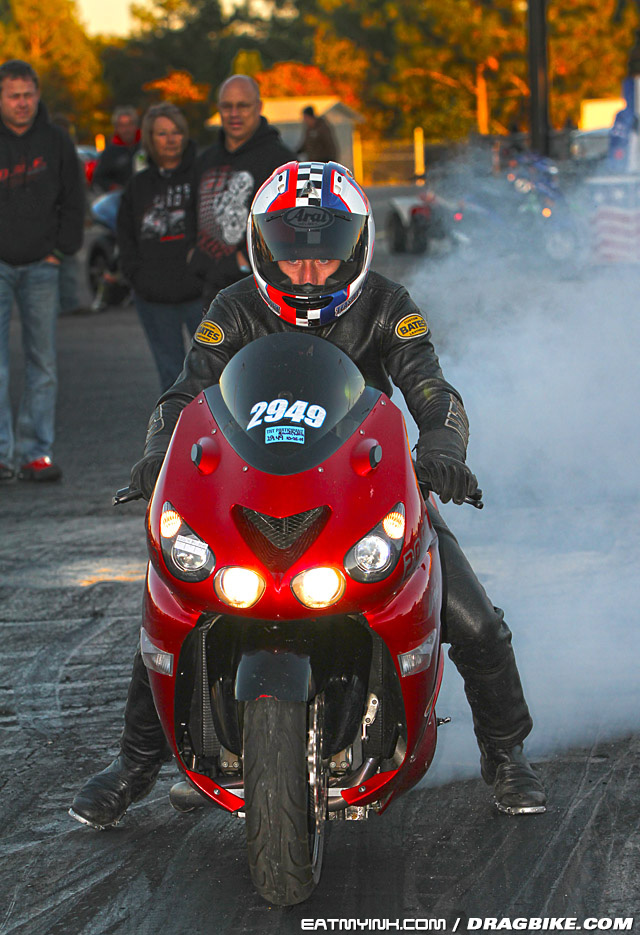 “We decided not to play any qualifying games,” said Rickey. “We went out there to run our best and let the chips fall.” And run his best he did, all the way to the final where he beat Teasley for the race win. But that wasn’t enough to make up the points difference and Teasley took yet another Real Street championship on his RS Motorsports mount. 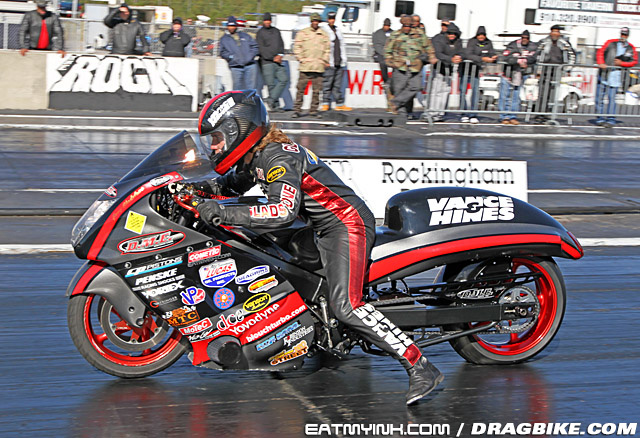 Joey Gladstone already had his second straight Orient Express Pro Street championship locked up on arrival at The Rock. He qualified number 1 and faced DME Racing teammate Terence Angela in the final. Angela took the 650 horsepower, street tire peddle-fest and secured the number 2 plate himself. 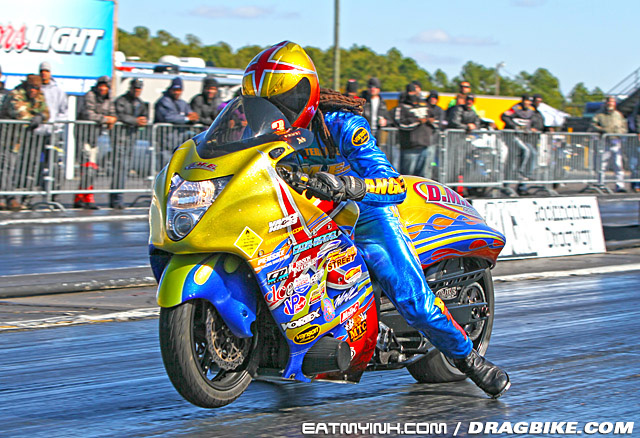 Bike owner Simon Giordmaina and rider Joseph Grima came all the way from the beautiful Mediterranean island of Malta to compete with their Pro Street bike at the MIROCK Finals. 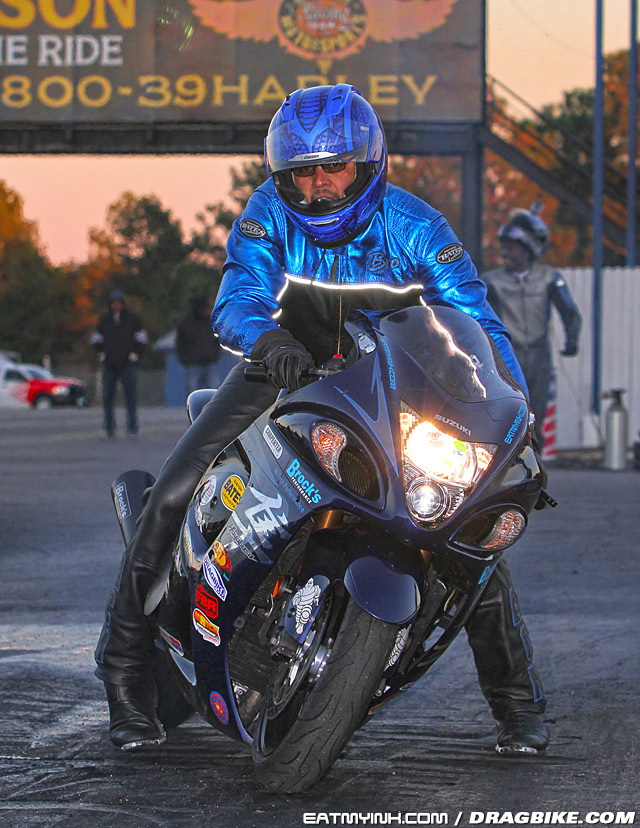 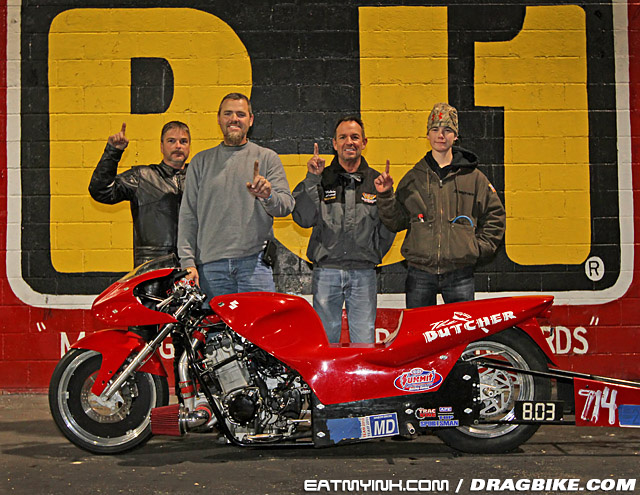 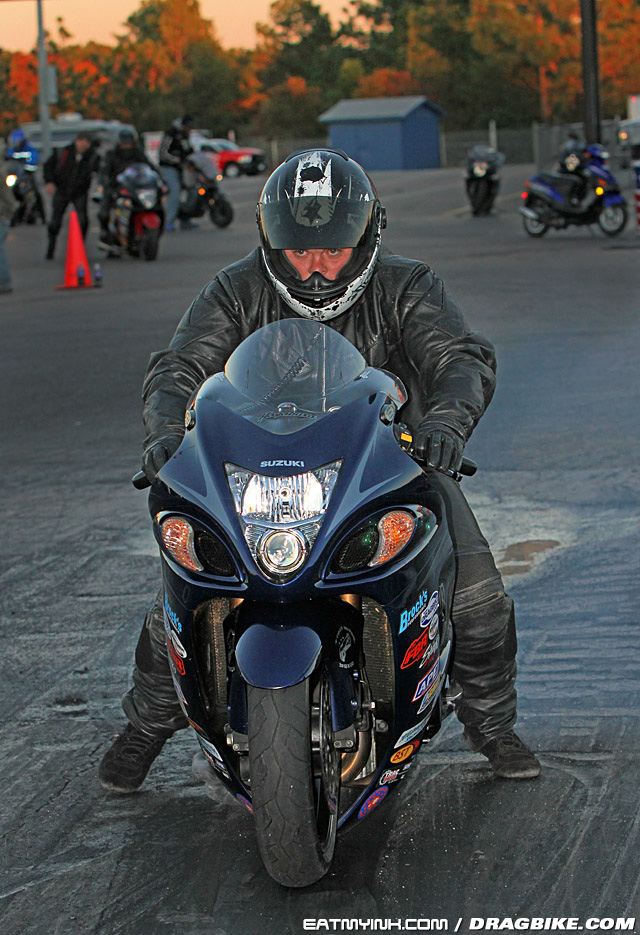 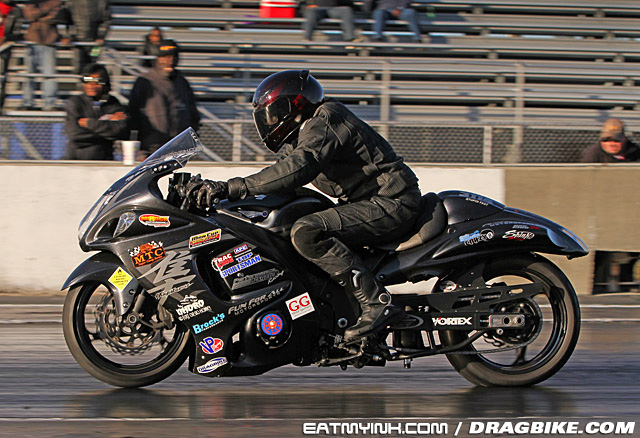 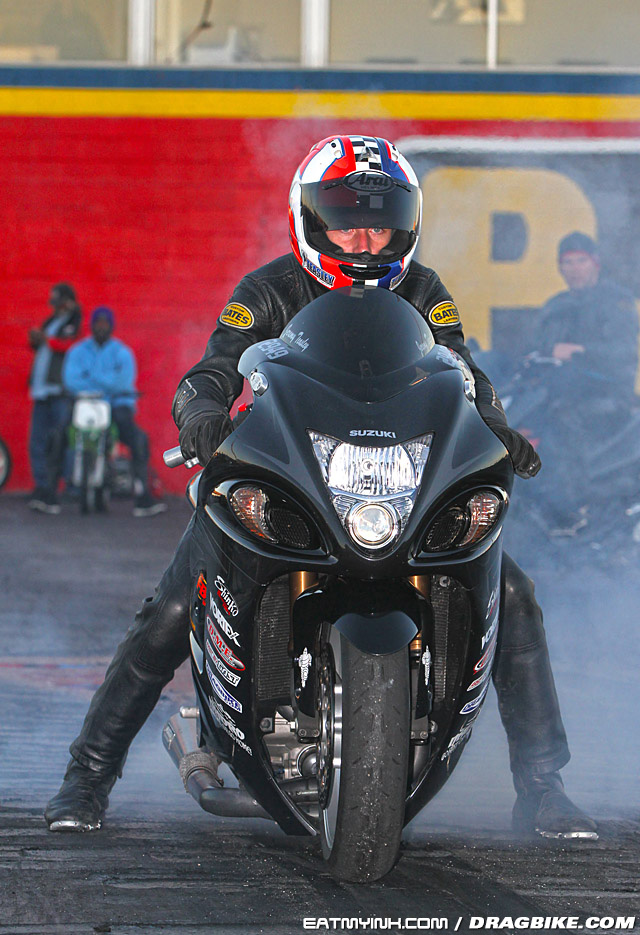 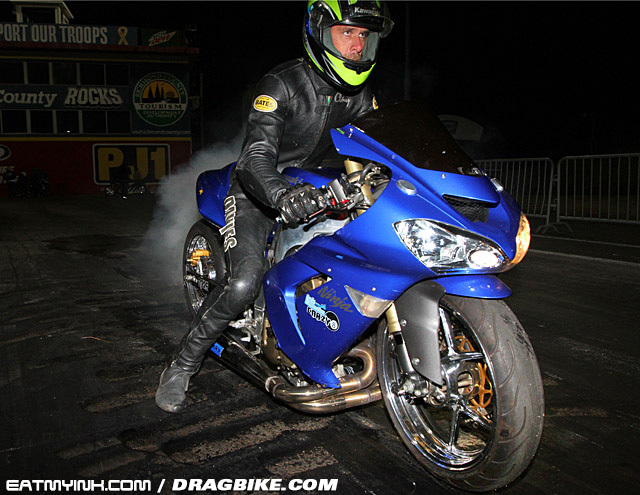 Teasley was able to score a race win in the FBR Shop 5.60 eighth mile index class, riding Carroll Craft’s ‘Busa to a close victory over Daniel Joyce. Michael Ostrowski was able to maintain his points advantage and secure the 5.60 championship. 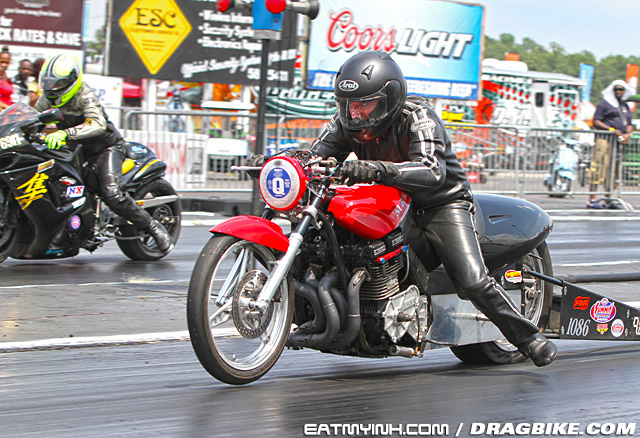 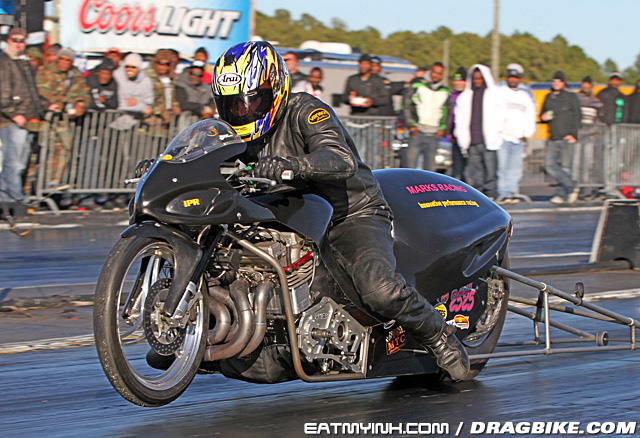 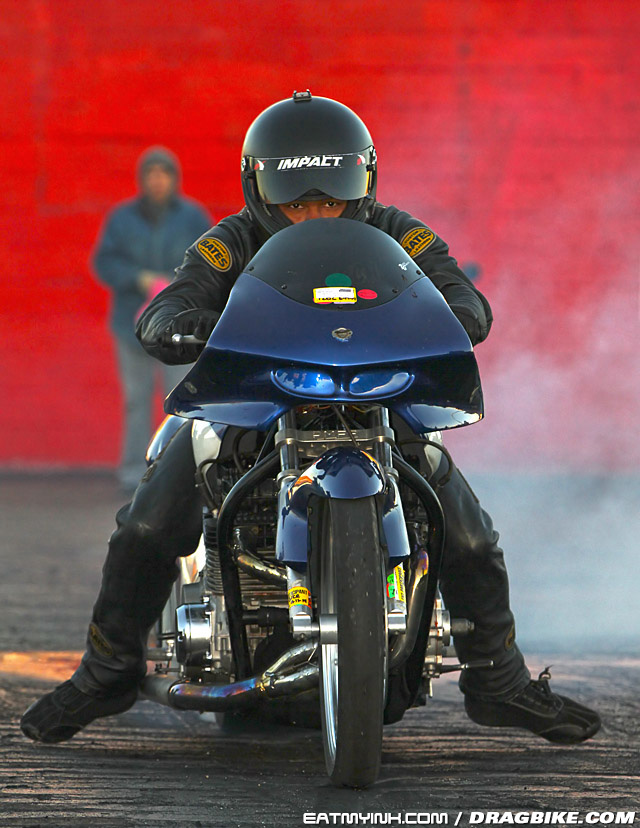 To make up for losing the TOC, Lee took MIROCK’s first ever 9.50 Streetfighter win over redlighting Scottie Keller. 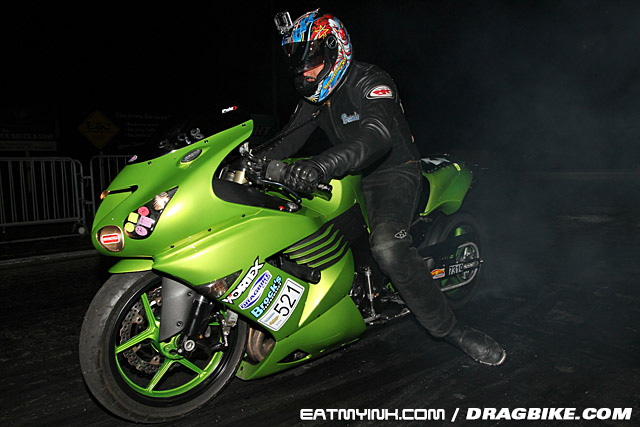 Brandon Bachmeier took the Street ET final with a .017 light over Michael “Ice Cold Killer” Herman. Bob Carlson’s second runner-up of the day came when his bike practically didn’t move a (.212 light) against Virginian Derek Crawford in the Pro ET final. “That was about the craziest day of racing I ever had,” Carlson said on Facebook. “Clutch was totally shot on the last three passes.” 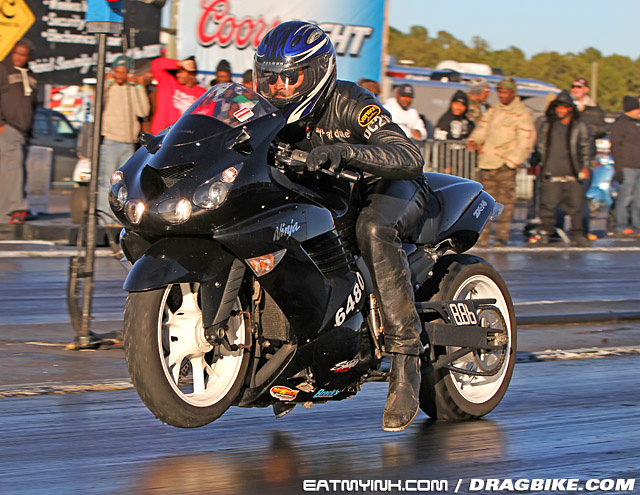 And so the crazy day, and a crazy great year of MIROCK Superbike Series racing, was over. Check back at http://www.mirockracing.com for the 2015 MIROCK schedule.

Find out more about PJ1 motorcycle products at http://www.pj1.com/