68-year-old Neil Tracy of Indiana is a model citizen in many ways, especially when he’s handcrafting one-off models of Top Fuel motorcycles. Neil is a retired carpenter by trade, but always the tinkerer who just has to keep busy with his hands.

He’s currently retired as of this year 2022. But he keeps busy building models by commission or if the spirit moves him. When any artist has a call to build or create something, well that’s when the best art happens. 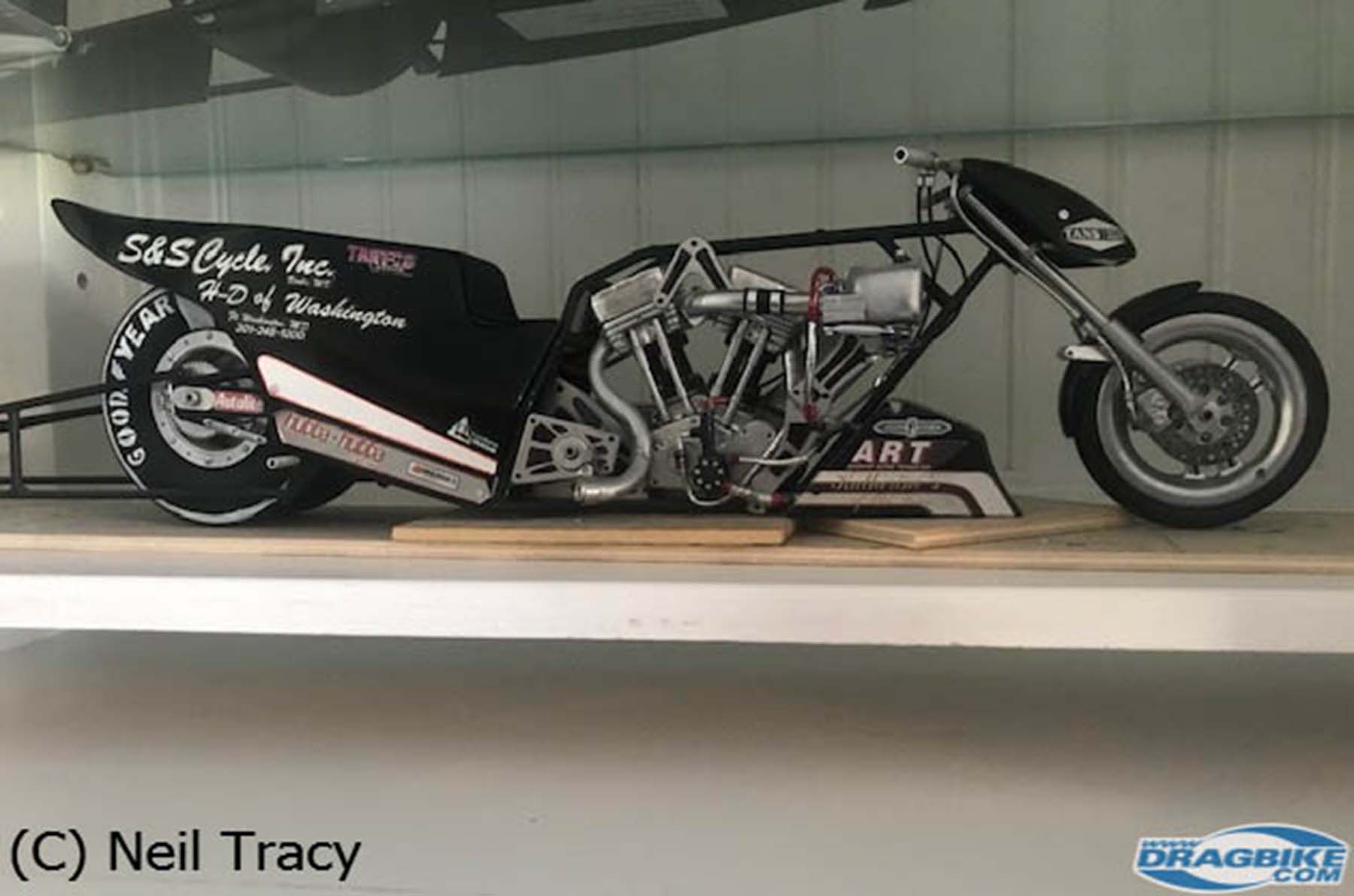 Neil became interested in drag racing at an early age. In the 1960’s he would buy and assemble models as a young man out of pure joy. One of his first builds was a Revell Modelling company plastic kit of the Stone, Woods & Cook drag car. A machine made famous by its history of high performance with the National Hot Rod Association, from the sport’s earliest years.

Of course, when he built it; he couldn’t leave it stock from the box and had to customize it for greater detail to increase the cool factor. Model builders using sewing thread and or fishing line to represent wiring or plumbing always adds to the visual wow factor. 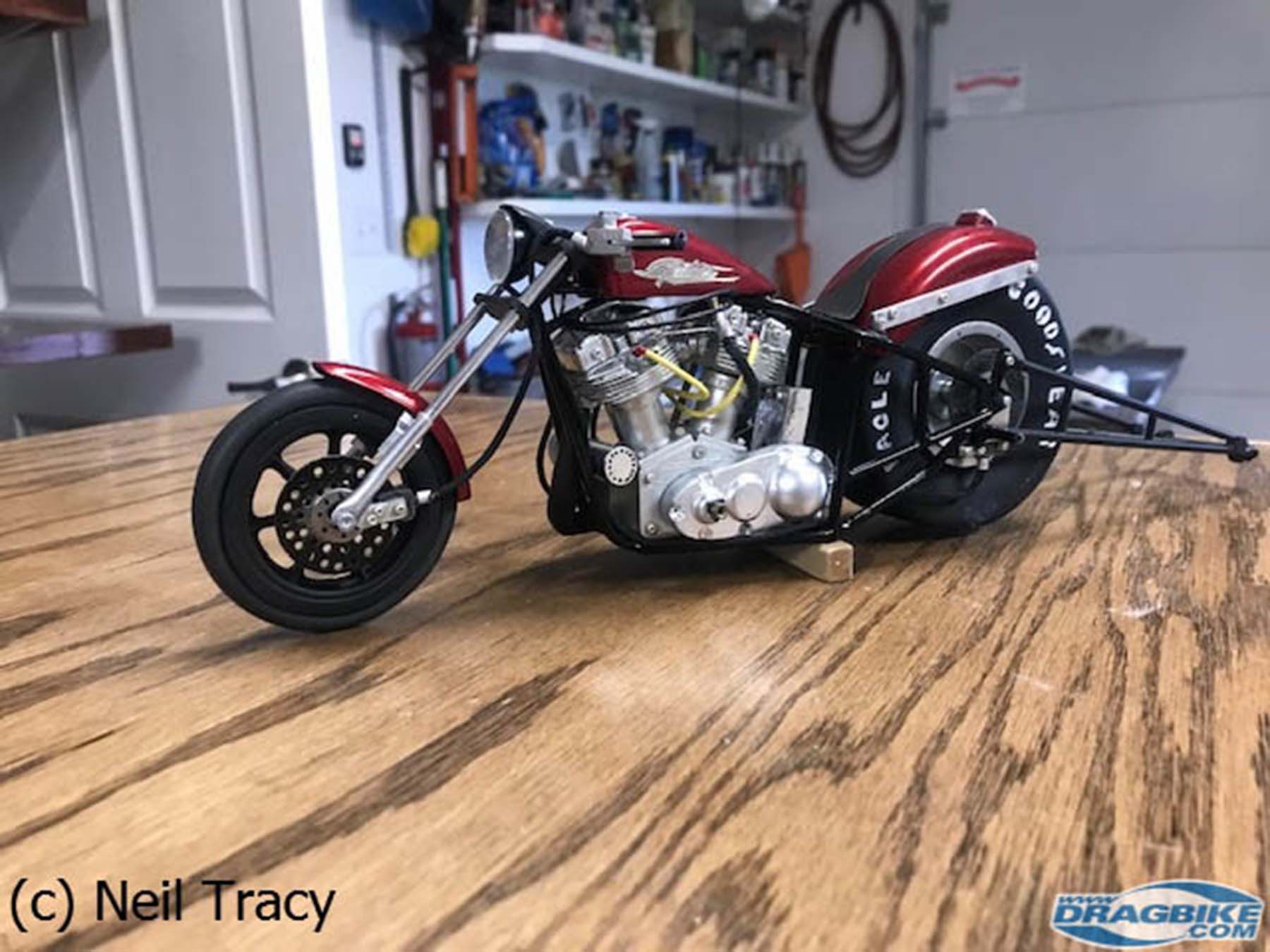 In the early 70’s Neil attended the NHRA “Big Go” at Indy and was just blown away by the double-engine Top Fuel motorcycles of the day he witnessed in person for the first time. Marion Owens double nitro Harley, also Joe Smith’s bike, and other machines inspired him as well. This motivated him to create his own models of great bikes. There were no models on the shelves of hobby stores during that era of the current Top Fuel bikes as the very sport of the class was in its infancy then.

Neil commented during a recent interview, “I had to build my own, my own way, and I still have that first double engine Harley model.” Once other people got wind of his creations, the demand was immediate and orders rolled in, which he honored when he had time to attend them. 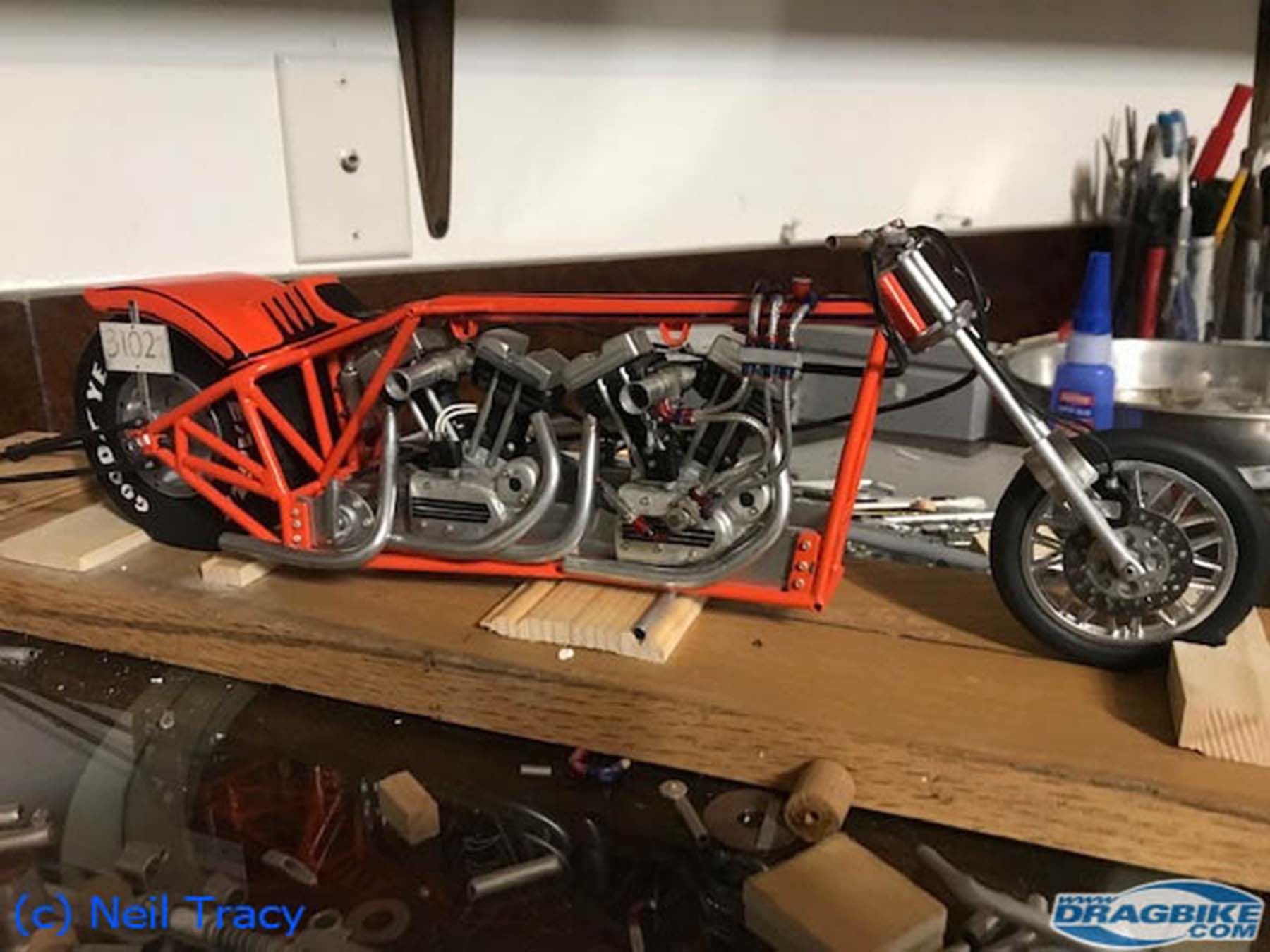 During his carpenter years, he began picking away at requests. It can take weeks to months of work to handcraft a model. Workspace, shop time, the mindset needed to concentrate: hand carving bits and pieces from wood, or other substrate choices takes time. A certain amount of trial and error is sometimes part of the process. Aluminum tubing may be bent and formed to shape, metal panels added, some plastic may be used here and there. Every creation is one-off and painstakingly created by hand.

Much of the painting is done while a build is in process. In some instances Neil does the painting himself, other times he may send out special items for air brushing by a collaborative artist. This is why it often takes months to create a model. 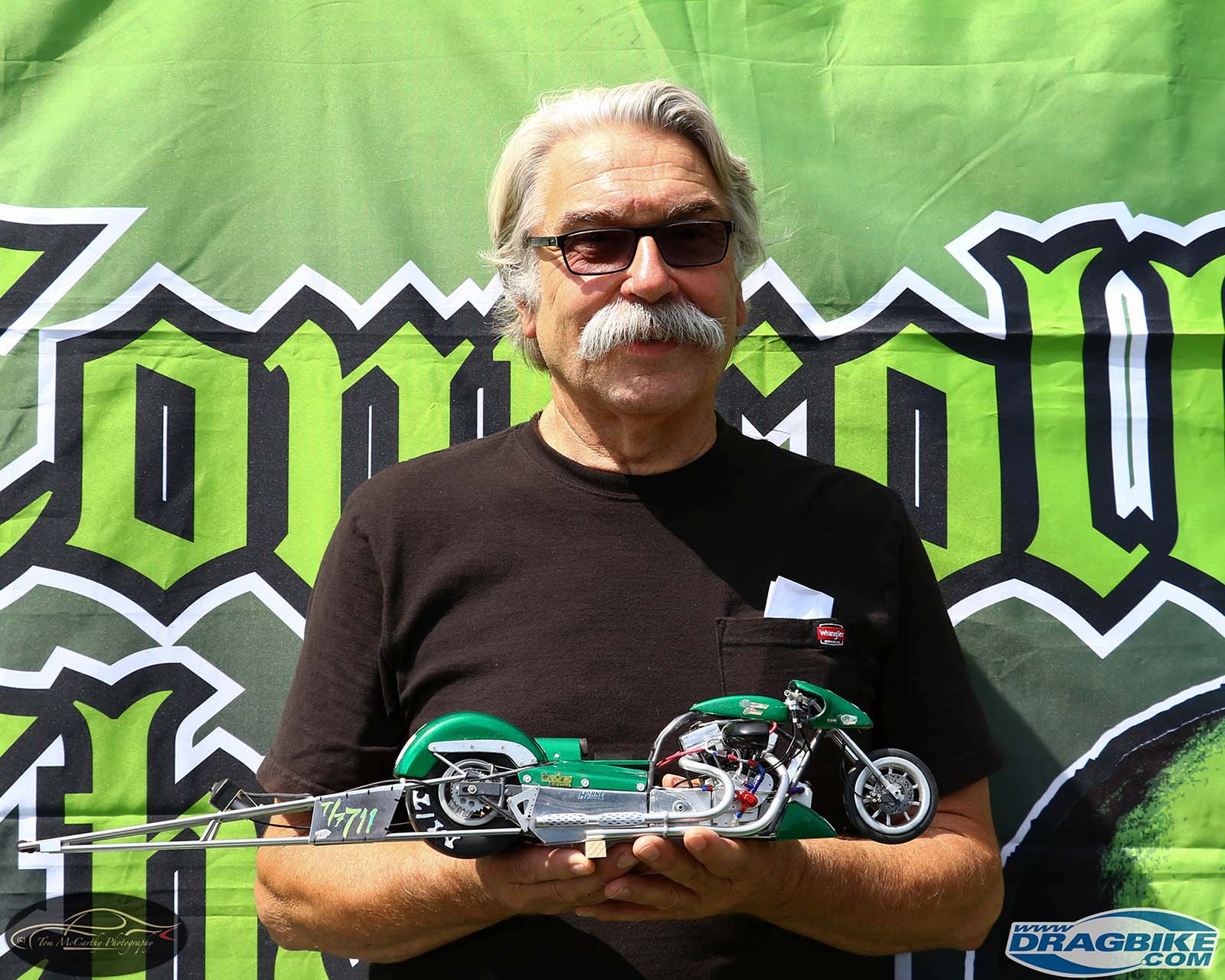 In speaking about Billy Jackson’s build, he commented, “I have close to 100 hours of work into this model. I don’t really keep close tabs on the hours into every build. Everyone is a one-off creation, so they are all unique. Billy’s bike features an aluminum tubing chassis and wheelie bars. Some of the parts are hand-carved wood; other pieces may be metal or plastic. It all depends on what it is and where it goes and what I make it from.”

The detail on the Billy Jack bike is just awesome. The 12-bolt cylinder base pattern on the cylinders is spot-on. He eyeballed the spacing perfectly. The plumbing on the fuel injection is also just mind-boggling. The lines look like braided lines, and the hex nuts on the ends look like the anodized nuts on the actual fuel line fittings. A LOT of love and detail went into this build.

Anyone seeking to commission Neil to build a bike model for them, he can be reached at 317-339-1762 or ntracy@mayer-najem.com

These are not working toys. These are one-off works of art and treasures to behold. Each creation takes a measure of months to make, not weeks and they are priced accordingly.