Story and Photos by Tom McCarthy

A racer asked me recently “how do I get a sponsor, I need money to do this stuff?” That’s a fair enough question, one that haunts almost every racer who starts-up a race engine. Let’s face it, a racer is either racing out of their back pocket or someone else’s, there is no in between. It’s up to each individual racer to decide whose money they are willing to spend.

Racers racing out of their own back pocket can only go so far. The teams with a budget, that can test frequently, perform R&D to advance their racing program; this is necessary to become competitive in the professional racing classes. The smaller teams are hard-pressed to compete against this. So seeking sponsorship becomes more important as racers climb the performance ladder. But how to get sponsored – that’s the $64 question. Okay, now add zeros to the aforementioned numbers.

There is no hard fast simple answer to this question, but there are certain eccentricities to the process racers would do well to give proper thought to, before seeking a team sponsor. Here are a few of the basics racers should give due thought to:

Interpersonal relationships, your relationships with the people you connect with every day, that’s your biggest asset in finding a sponsor. If you want to find a sponsor, you need to make friendship a fine art. Learn to shake hands with a firm grip and look people straight in the eye when you speak to them. Always say what you mean and mean what you say. When you do, one day the sponsor will approach you.

Can you beat the bushes and find one? Well yes, that does happen. But be prepared for a lot of rejection letters and last minute disappointments before you strike gold. Consider this normal in sponsorship hunting, that it’s going to be rough and know this my friends, things could be worse; you could end up with the sponsorship from hell.

Picture this, you land a sponsor, then you get another one and their associate comes on board, now you’re cooking with gas and burning nitromethane! You buy a big rig, hire staff and plot a full season of racing, you did it: you have a six or seven figure race budget and now you’re spending like a sailor on shore-leave. Then it happens, the phone call no one wants to hear: it’s over.

Your whole life has been leading up to this moment and you have finally made the big time and mid-season your primary sponsor pulls out. Let’s for the sake of discussion say they are and overseas asset and let me warn you, the business laws of the USA do NOT apply in the country of XYZ. You can complain to the US Department of State all you want, but really, save your breath and litigation fees, if it’s outside the USA, go buy a pot, at least you’ll have something to piss in.

Here’s why this is the sponsorship from hell, you have other sponsors who are counting on you right? You promised them ABC and you are obligated to deliver; correct? What about your employees and their families, they are counting on you too; how do you cover this?

In professional motorsports, developing a solid relationship with solid sponsors is part of the process. Racers should consider offering sponsorship levels. For example, a Level I sponsorship is for the full season, you attend all points races, the race bike is painted in their color scheme with their logo most prominent and racing leathers to match. You agree to attend X # of sponsor promotional events (the PRI show, SEMA, ETC) and you’ll do this for X dollars for one season with an option for a discount if they sign for more than one year. A Level II sponsorship you offer prominent placement of logo emblem on the bike and team shirts, also will do x # of promotional stops. Level III sponsorship, you buy the sponsor banners to be hung at specific races held by the sanction and located prominently where the fans and racers can see it, they sign for X dollars and 3 races. The Level III sponsor also get’s two all-access passes to x # of races and can park in the team pit area. Level IV sponsor – the one race wonder.

Sometimes it’s a lot easier to find a one race sponsor, someone or some company who really wants to help out, but they can’t do a five or six-figure number. So how about $1,000 a race to send you to the Big Guy Nationals in Buttmunch, Okahomie? If that works for you, take their money and treat em like kings & queens. Buy them prime photos from the one race they sponsored and you may find out the well is deeper than you thought!

Here’s another facet of the gem known as sponsorship you all need to know about and the uninitiated know zero about: NOT all sponsors are welcome within all racing sanctions. Racers, before you go out courting The Big Bucks Company, very discreetly ask only the right people, is this company in conflict with my sanction? Because if it is, you may land the sponsor and show up at a race and a sanction official can and will tell you “Tape it over, cover it up, but that’s not going out on our race track.” Yes they can and will do that and yes you will comply, or pack your rig up and leave.

Racing sanctions have sponsors too and if your new Big Bucks Company happens to be in competition with a sanction primary sponsor, or title sponsor, don’t be surprised if the sanction tells you “No, you can’t have them as a sponsor and race our series.” I have heard from more than one professional team that they had a great offer from ABCD, but the sanction said: “No that’s in conflict without title sponsor of EFGH, we’re not going to allow that.” So look before you leap is the lesson, sponsorship can be a minefield. Yet hundreds if not thousands of racers have done this and you can to, you just have to figure out how. While you’re at it, keep in mind what the Notorious B.I.G. tried to tell you so long ago “Mo Money, Mo Problems.” 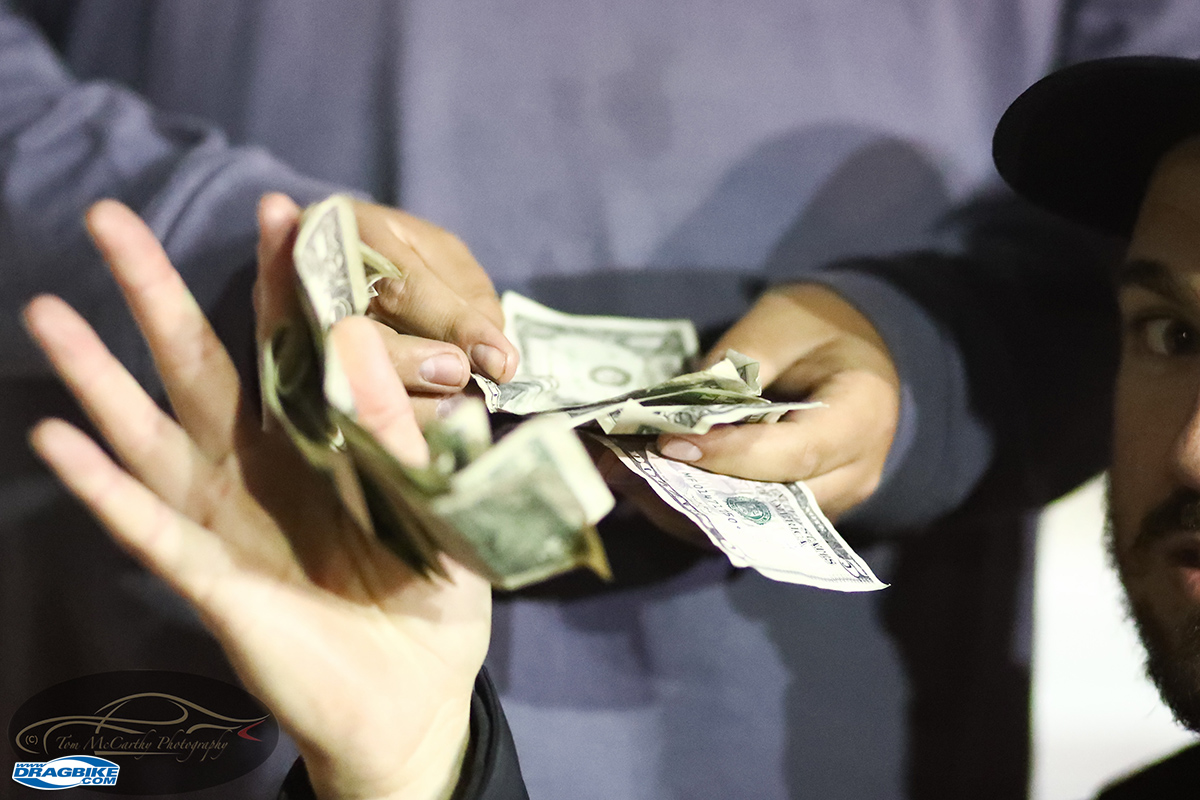 Racers racing out of their own back pocket can only go so far.