So you’ve been hearing about the new Generation II Multistage Lockup units and now you are wondering is it a lockup or is it a slider clutch? The Gen II is most definitely a lockup clutch. It maintains the use of the clutch lever allowing the rider to ride the bike back from a run and relies on the rider to release the lever for the clutch to engage.

Let’s start with what’s the same between the two types of multistage lockups.

The differences between the original multistage lockup and the Gen II are quite large. The Gen II takes a different approach to clutch application. The old standard of clamping the clutch pack between the pressure plate and inner hub is gone.

Speaking of maintenance, you will be able to change the counter springs in the Gen II while it is still installed thanks to a quick access plate on the top of the unit (See picture). No longer will you have to remove the lockup from the bike, take the weights from the arms, take out the screws on the dowel pins, knock the arm and bucket out to change the springs. With the Gen II, you will remove the cover plate screws, make your change, bolt the cover plate back on, put the clutch cover on and you are ready to go. Altering the static spring pressure will still require the removal of the lockup unit from the clutch basket, but removal of the lockup is aided by six included bolts. These bolts insure that you will not be fighting the clutch springs to reinstall the lockup unit and tighten the lockup bolts. After the hat is secure, just remove the six bolts on the clutch springs and put them away until their next use. 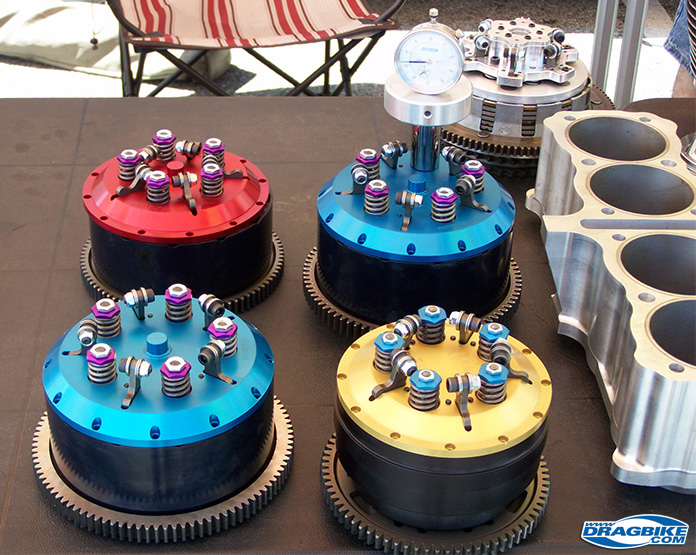 Now let’s clear up some misunderstandings. This unit is not a slider clutch, nor does it work like a slider clutch, they only use the same clutch basket. It does bring the arms in sooner than the original multistage because the lockup is now driven by the clutch basket and not the input shaft. The arms are restrained by the small counter springs which control where/when the arm will apply, whereas a slider’s arms are free and begin to apply pressure to the pressure plate as soon as the motor is running, which at idle, isn’t going to move or stall the bike. The Gen II requires the use of a clutch lever to disengage the clutch unlike the slider which fully disengages when the engine RPM drops below the stall speed. It still employs static clutch springs and if you release the clutch lever, with the brake on, it will stall the engine.

Additionally, the comparisons between the Gen II and Gann Clutch are not accurate either. The only similarity between the two is that they are driven off the basket (engine RPM). The Gen II is a completely different animal in just about every aspect. If you have any other questions please contact our Tech Support (321) 636-9480 or via email at clutchsupport@mtceng.com

VooDoo Sniper Motorcycle Wheels for the GSX-R1000 have Arrived!