Fast Time Motorsports is a team name that is becoming increasingly synonymous with pro-mod motorcycle drag racing and for good reason. The Nashville-based team is producing some pretty Fast Time(s) with their 2014 Grothus Dragbikes chassis pro-mod. The Fast Time Motorsports suzuki pro-mod recently set both ends of the Manufacturer’s Cup pro-mod national record by elipsing the 1/8th mile in 4.046 seconds at nearly 179 mph (officially 178.97).

But if you think that is all the Jeff Jones’ owned Fast Time Motorsports team has done this year, you couldn’t be more wrong. With the record setting performance of Richard Gadson at the Manufacturer’s Cup World Finals last weekend, the Fast Time crew won its second national title for the 2015 season – that’s right, not one but two! A few weeks prior, Richard Gadson locked up another major sanctioning pro-comp championship with the Midwest’s NHDRO series. Two out of the three major sanctioning bodies here on U.S. soil pro-mod/pro-comp championships were won on a GDB chassis; the other and third championship was won by Eric McKinney of the McKinney Motorsports camp aboard a storied PMFR bike. 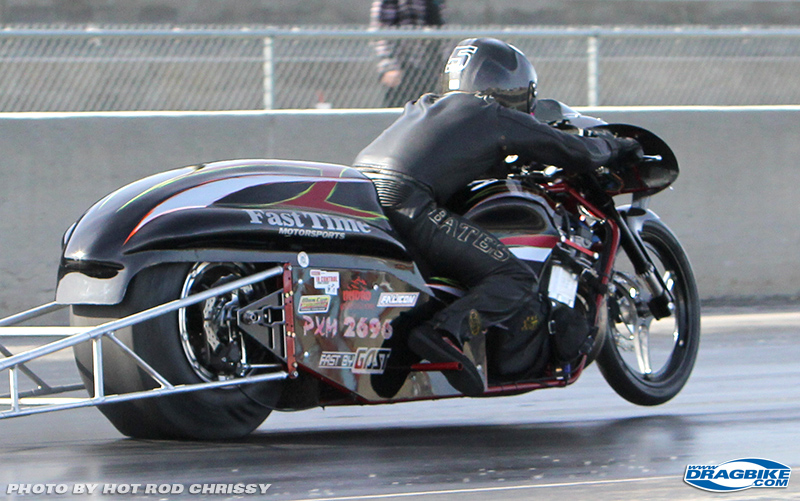 Team owner, Jeff Jones, was estatic to see all of his team’s hard work pay off this championship season and said, “I’m so excited for this team and what we’ve accomplished in such a short time. Our Grothus Dragbikes chassis took us to 2 pro-mod championships! I need to thank our tuner, Bill Vose, and rider, Richard Gadson, for the amazing job they’ve done. Richard loves our Grothus Dragbikes chassis and says its one of the smoothest he’s ever been on. Our top gas rider, Chase Morris, also did an outstanding job. It would be nice to get him on a Grothus chassis as well for 2016! There have been so many people who have supported us on this journey – thank you to everyone! We are looking forward to 2016.” 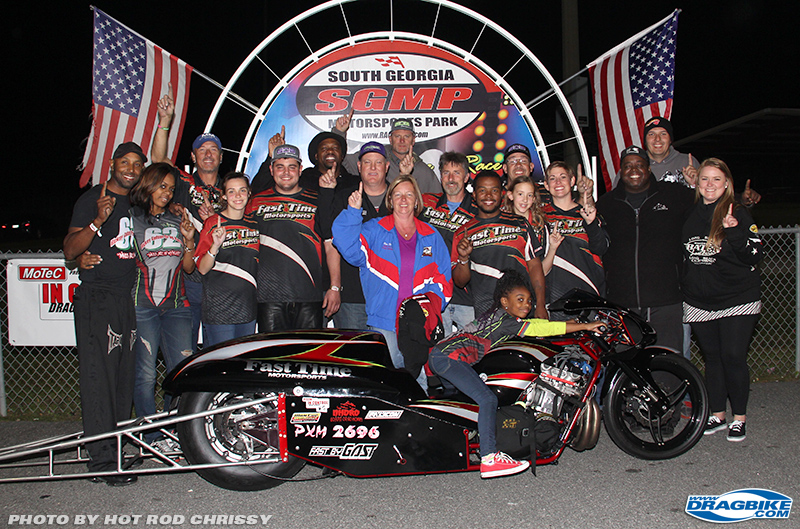