UK racer Neil Midgley took the next step in his career by winning the ACU UK Top Fuel Bike Championship in his first season riding his Puma Engineering built machine after a record-breaking weekend at the National Finals in Santa Pod, England.

Going into the final race of the season with the King Racing & Cannon Motorsports team collaboration, Midgley was in second place in the Championship with multi-time UK Champion Steve Woollatt some way ahead on points. The only way that Midgley could take the crown was to win the event and for Woollatt to have a poor showing in qualifying and eliminations, or to outqualify him, win one more elimination round and to set a new Championship record. 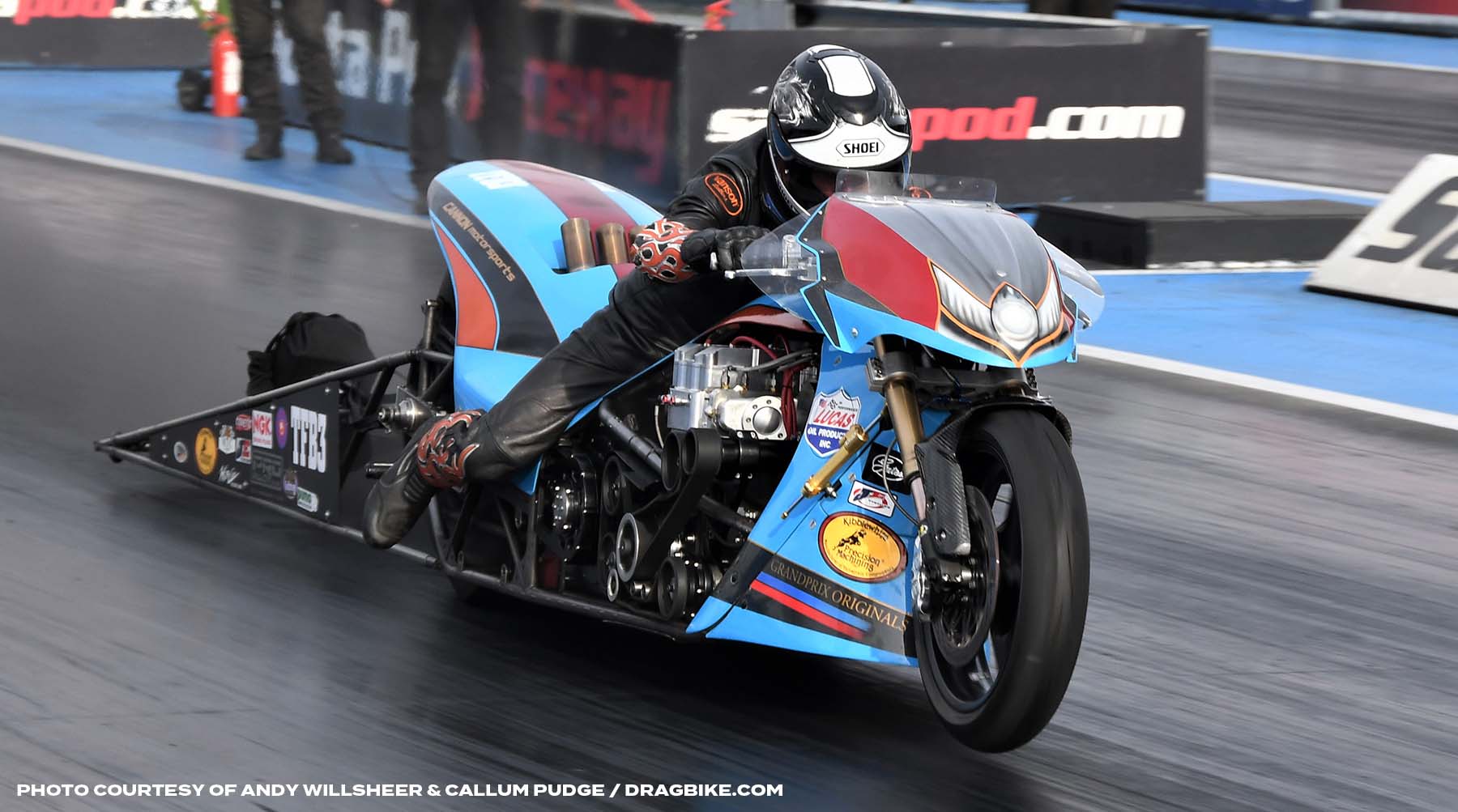 To the delight of the fans it went to the wire with Midgley qualifying in number one position with a fine 5.8588 seconds, closely followed by Al Smith with a stout 5.9328 seconds, the first five for the PBR team with their unique 3-cylinder machine. In round one of eliminations Midgley was the beneficiary of a bye run but did not disappoint, setting a new ACU UK ET record of 5.9632 seconds backed up by the quicker but outside of the stipulated 1% qualifying pass to move into the final.

On the other side of the ladder the incumbent champion Woollatt dispatched Smith to set up a nail-biting `winner takes all’ final. The veteran rider did all he could with a better reaction than Midgley, but that deficit was quickly overhauled by the 60ft mark, and it was Midgley in front all the way to his first Top Fuel Bike Championship crown. 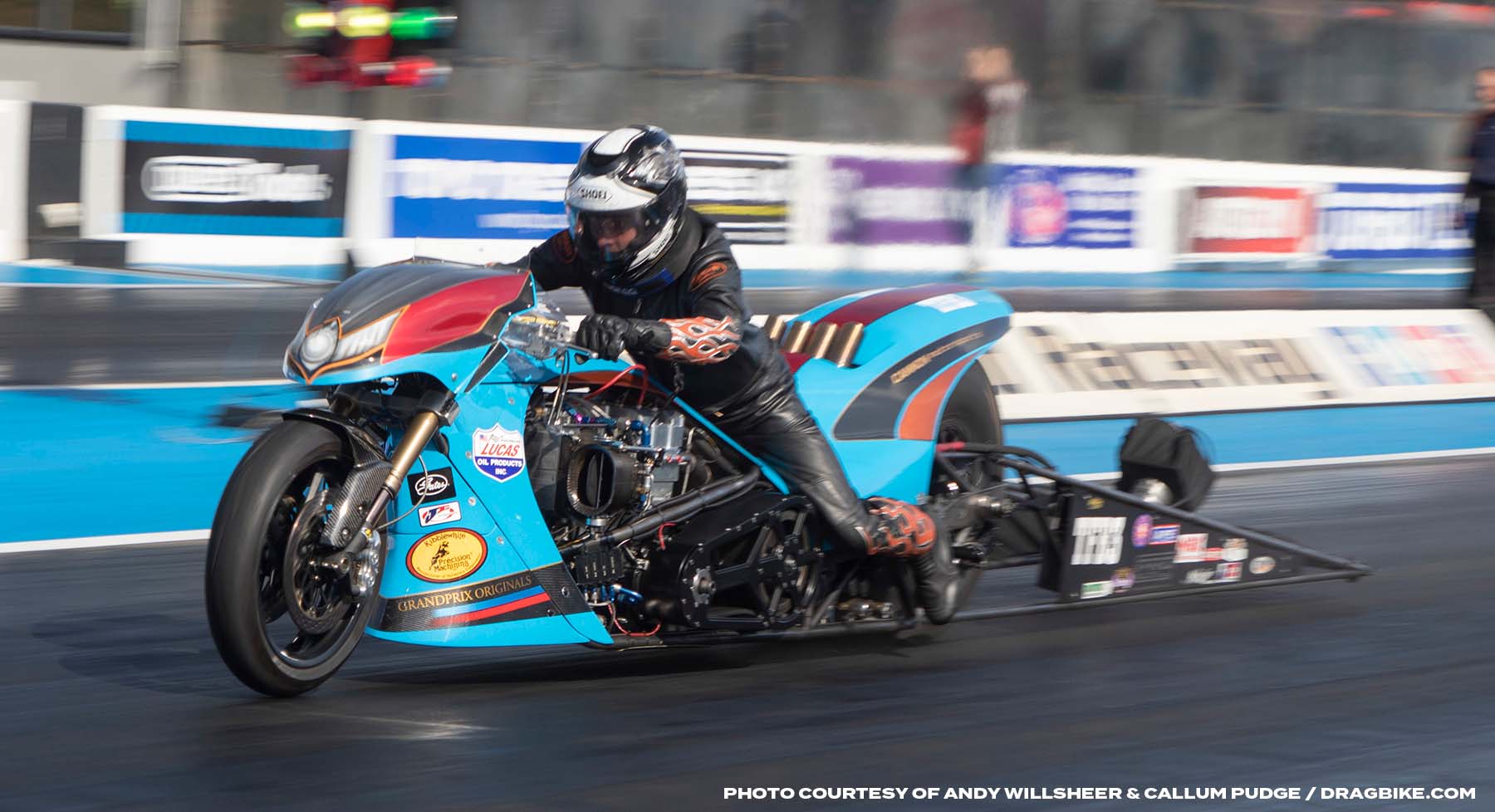 Neil Midgley said “I would like to thank my combined team of Ian Carruthers, Mike Vickers, Martin Brookman, Nick Pepper, Marius van der Zijden, Chris Hannam and Ian King for their expert guidance, work and support in my first season on this fabulous machine, and the fantastic class leading products from our great group of technical partners without whom this championship would not have been won. A big shout out also to the staff and officials of Santa Pod Raceway, the awesome safety teams and the superlative media, track announcers and websites who have reported on our progress this season. Thanks to you all!”

The team is proud to be supported in their world-class performances by their blue-chip partners: