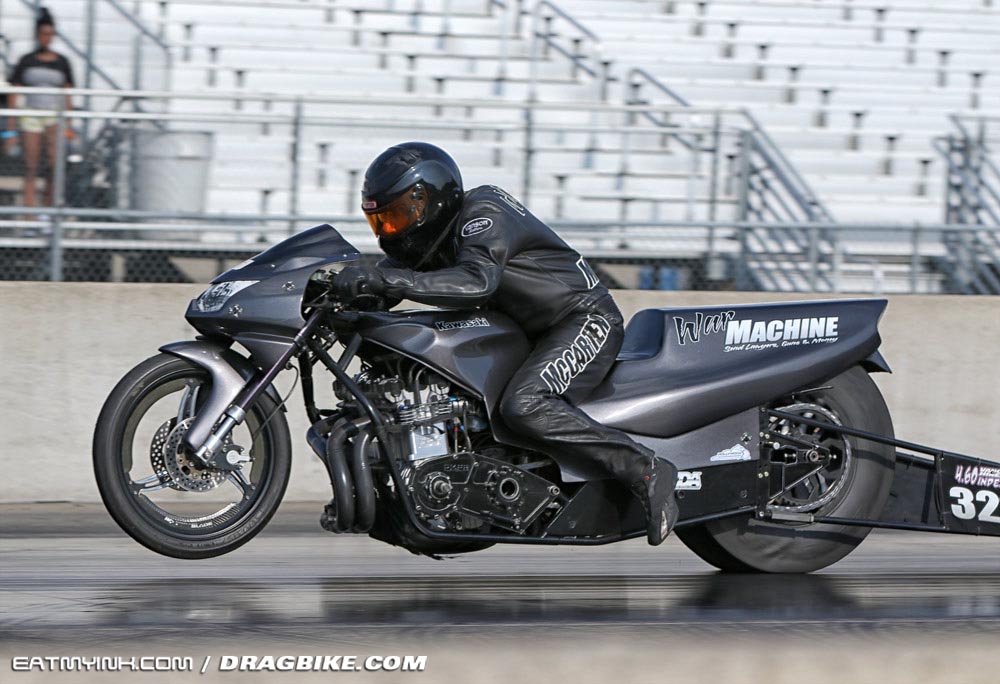 NHDRO’s Shootout Friday kicks the weekend off with a $10,000 Box vs. No-Box Shootout. Bracket Racing stars Tom and Joe Klemme, Dustin Lee, Robert “The” Mann, Norwalk stars Kevin and Craig Adams, and many more will all be cutting lights and taking stripes, measuring each other against the best in the world. 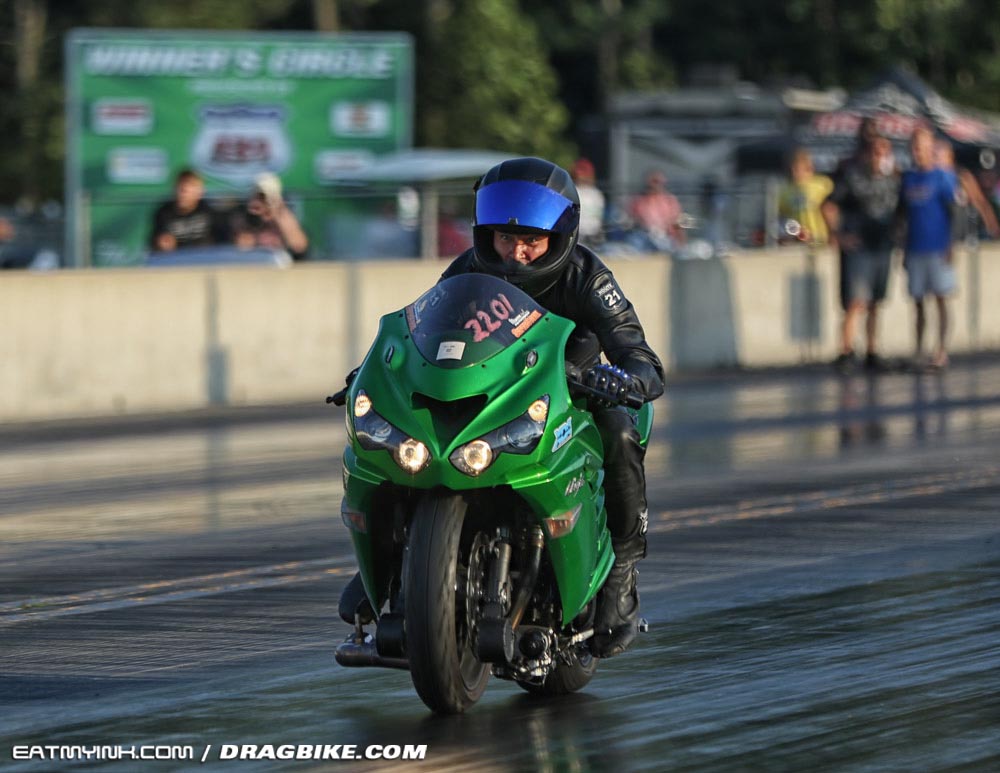 Friday will also be Ryan Schnitz Racing Road Course day—the no-time class that’s taking the nation by storm. Kyron Drake’s wild rides took the win last time out, but this class is just now getting serious. Martin runner-up Nico Grier, Mitch Pennington, “Kawasaki” Steve Adams, and many more have been tuning up and calling out competitors for this one. 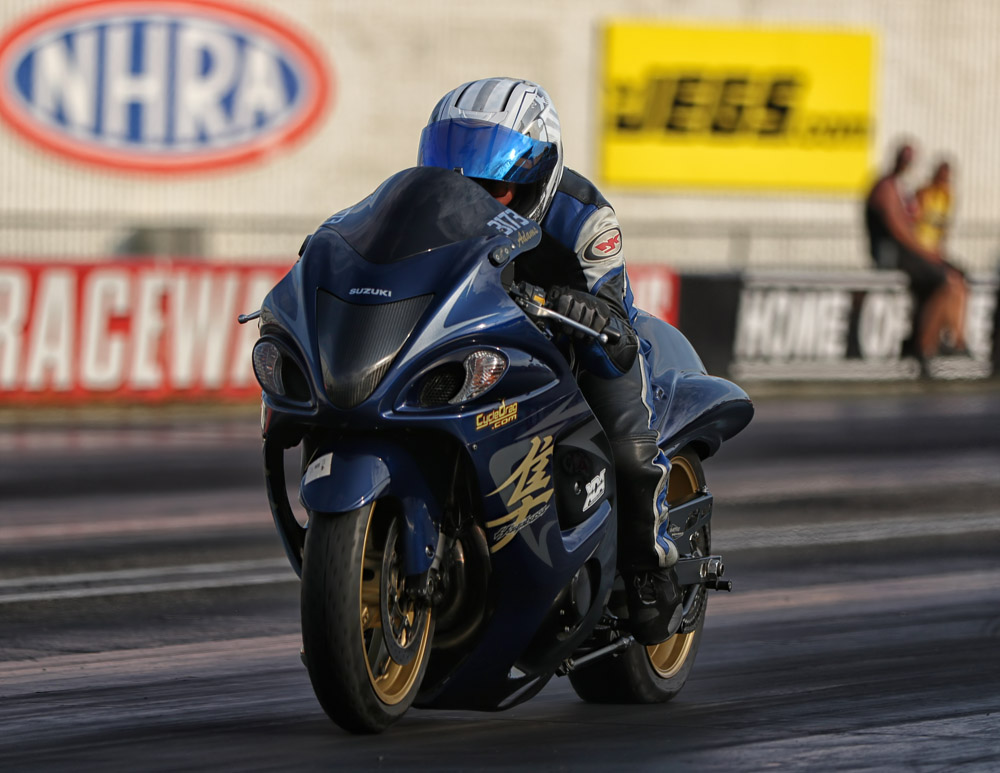 Friday will also see the first round of qualifying for all Pro and Sportsman classes, including the big-tire nitrous and turbo studs of Grothus Dragbikes/Klemme Performance Motorcycles Pro Ultra 4.60 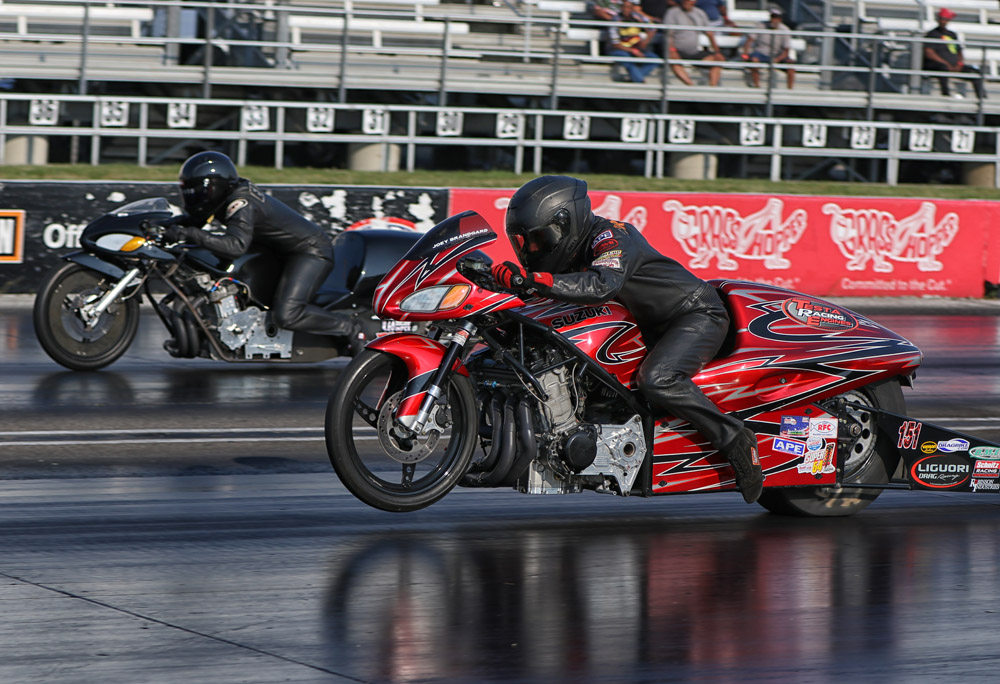 Dan McCarten has a strong 57 point lead in the 4.60 championship fight, with Jeff Jones in second. Joey Brandgard is another 8 points behind, and 7 points ahead of Les Stimac.

The MTC Pro Street championship battle is very tight, with Rudy Sanzottera 13 points ahead of Josh Ford and his nitrous Suzuki Hayabusa. Sanzottera’s Quicktime teammate (and brother-in-law) Brad Christian is another 28 behind in third.

Christian is the defending champ. Will Rudy breakthrough this year for a well-deserved championship?

Jeremy Teasley has a short 8 point lead over Thomas “Turtle” Cole for the Schnitz Racing Top Gas 8.20 index championship, with Ryan Schnitz another 35 points back.

But there are other big Top Gas stories this weekend. Doug Fisher and David Beshera will run the rain-delayed U.S. 131 Top Gas final. Beshara is fifth in points and an extra win would help him make a big move at this event. 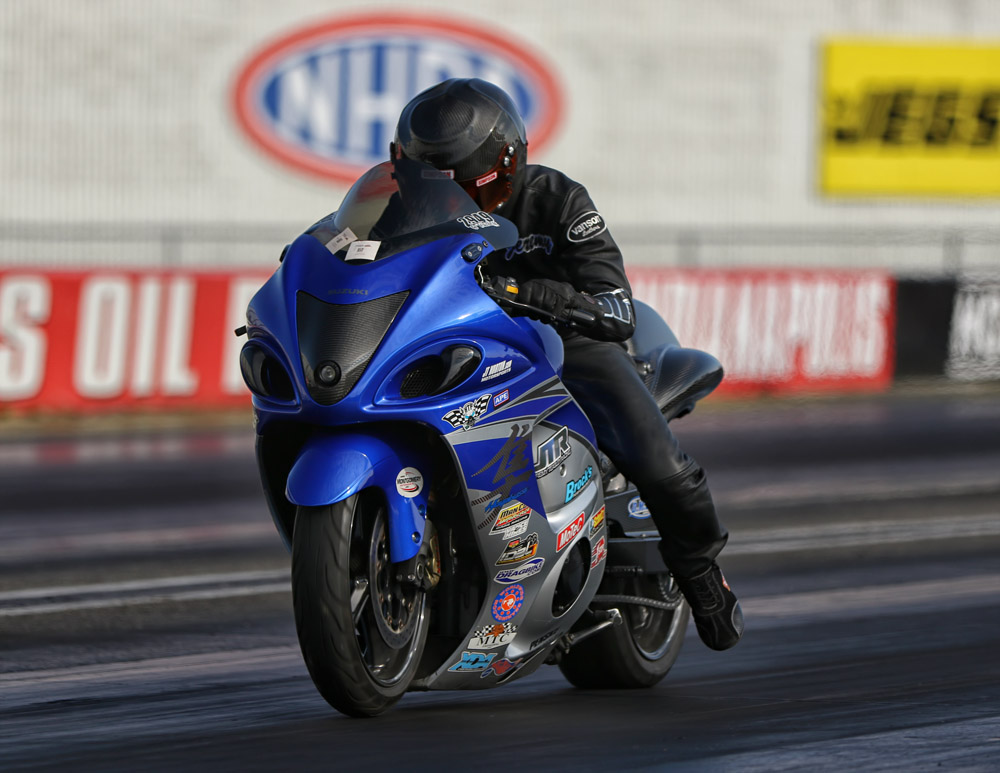 And both Beshara and Fisher will be hoping to win the $500 (plus interest?) bonus that “Kounselor” Kenny Schwartz is paying to the delayed Top Gas winner.

Teasley also has the BB Racing Super Comp 8.90 index points lead by 27 over Greg Mallett, who has 11 on Joe Klemme. Young Trevor Schnitz is another 50 points back. 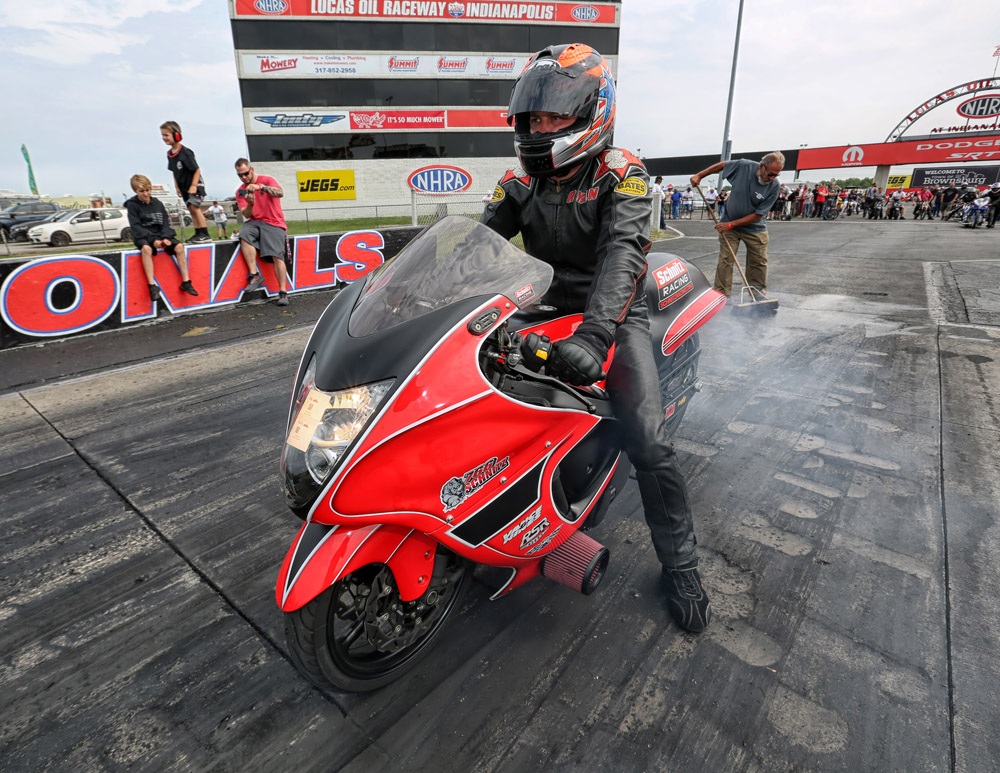 Justin Blackford and Rashard Rowe are tied for third, 80 points out of the Street ET lead.

Advanced Sleeve Dirty 30 9.30 is the other class that didn’t finish at Martin, and Joe Klemme and Rylan Rowe will also race that final at Norwalk. These two are also locked in a championship battle in the class, with Klemme ahead by 51 points. Todd “Bounty Hunter” Smith is third. 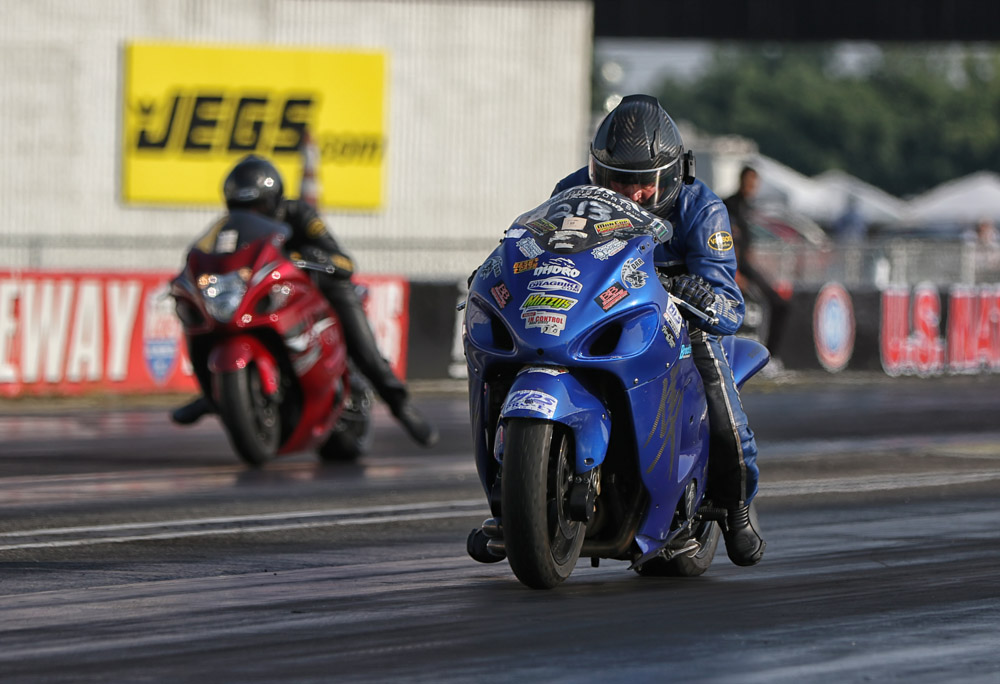 Saturday night will see the Stock Wheelbase Shootout, another no-time class. Expect to see Martin winner Dustin Clark back for more, along with Drake and anyone else with a stock wheelbase and confident clutch hand. 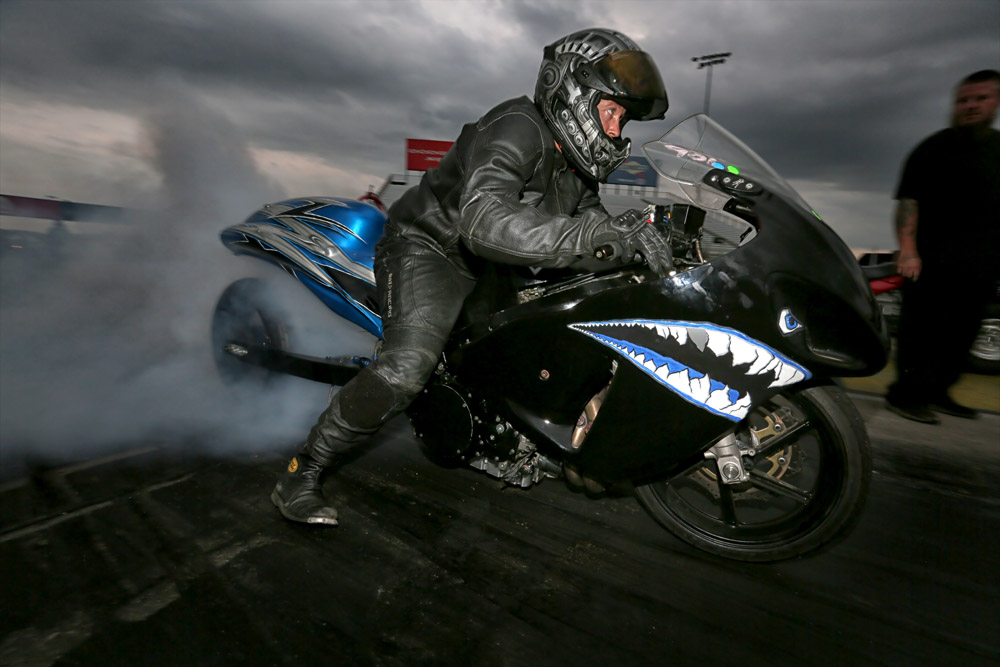 VooDoo Grudge will throw down between all the Shootouts and late-night bracket racing till midnight each night.