HomeTeam ReportsNHDRO Champ, Top of the G.O.A.T List—Paquette Looks Back on Successful ‘16

NHDRO Champ, Top of the G.O.A.T List—Paquette Looks Back on Successful ‘16

NHDRO Champ, Top of the G.O.A.T List—Paquette Looks Back on Successful ‘16

With or without wheelie bars, Mark Paquette has always been known for setting dragstrips on fire with blistering performance. But in 2016, Paquette—also the tuner on his 700 horsepower, turbocharged, Pro Street Suzuki Hayabusa—added season dominating consistency to his resume.

After skipping the NHDRO season opener on the eighth mile at Huntsville, Paquette won every round from then on, easily walking away with his first McIntosh Machine & Fabrication Pro Street championship at the Midwest’s largest motorcycle drag racing organization.

Paquette won APE Pro Street in the stifling heat of the Manufacturers Cup race at Rockingham Dragway, then ran the class’ quickest ever pass with a 6.70 in the DME Pro Street Shootout preceding the Man Cup World Finals in Valdosta. That placed Paquette at the top of the Pro Street G.O.A.T. list as the season closed down for the winter. 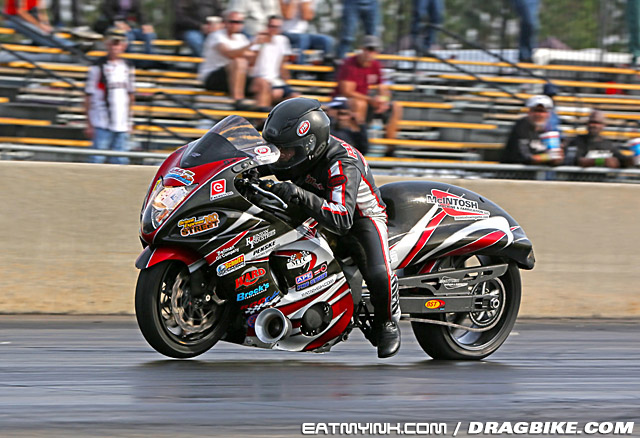 “The thing is, we left something on the table with that pass,” said Paquette, a Michigan-based surgical instruments sharpener by profession. “My back-half numbers were 3/100ths off my best. With the conditions the way they were, I knew I should have had my best back-half numbers ever. So that was disappointing.

Paquette burnt a spark plug strap on that pass, then spun out of contention for the Shootout in the next round when a quick thrash left some sensors unresponsive.

After running a 6.72 and getting the winlight against Jeremy Teasley in Sunday’s World Finals eliminations, Paquette had to make a controversial rerun when Teasley’s clocks showed no times from 1000 feet to the finishline. Without the prep that had greeted Pro Street bikes every other pass all weekend long, Paquette spun in the rerun—depriving the Pro Street world of a Paquette vs. Joey Gladstone final—NHDRO champion vs. IDBL champion, current number one on the G.O.A.T. list vs. the previous number one, both riders making waves in NHRA Pro Stock, chassis fabricators McIntosh vs. DME. As it was, Teasley’s bike owner Ronnie Mitchell was unable to stay around for the final, which would have been run on Monday morning after curfew closed South Georgia Motorsporst Park for the night. So there was no final at all. 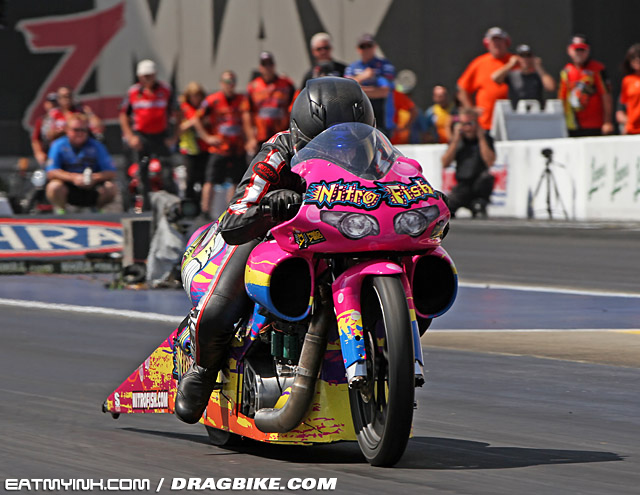 It was a bit of an anticlimactic end to an awesome season for Paquette and the team. “We really didn’t hurt motors this year, we really were consistent. Somebody posted that we had the most 6.70 passes of anybody. I don’t know if that’s true or not, but I have to think we probably do. I remember weekends where we went 6.80s and 6.70s all weekend.

“So to not lose one NHDRO round, including the Shootout at Indy, that was something to be proud of. That was over 30 bikes we had to march through at that one—that was a long weekend. To double up there showed how awesome our team is.” 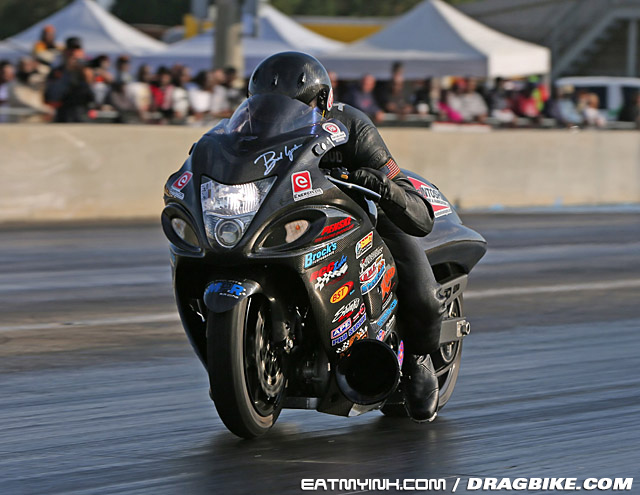 Paquette also tried his hand at NHRA Pro Stock Motorcycle in 2016, putting both a Suzuki and a Buell through the paces. Paquette qualified for the Carolina Nationals at zMAX Dragway on a Matt Smith Racing Buell, and we can expect to hear more about Paquette’s interest in Pro Stock soon.

Paquette’s teammate—the three-time NHDRO champion Bud Yoder—saw his season disrupted as he attended to his daughter Katie’s recovery from very serious injuries sustained in a car crash. Yoder missed the last two NHDRO races, only making it back on track for the Man Cup Finals.

You can contribute to Katie’s recovery fund at: https://www.gofundme.com/2sr9rruf

Occasional teammate Jamie Lopes makes all the big races from his home in the Netherlands Antilles, and saw some dramatic improvement in his personal bests in 2016. “Jamie made his first 6 second pass this summer, something he’s been trying to do for a while,” said Paquette. “After that, he went a bunch of 6.90s at the Man Cup. He went a .95, a .94, and he moved up the G.O.A.T. list. For someone who just comes over here a few times a year to ride, he’s doing a great job.” 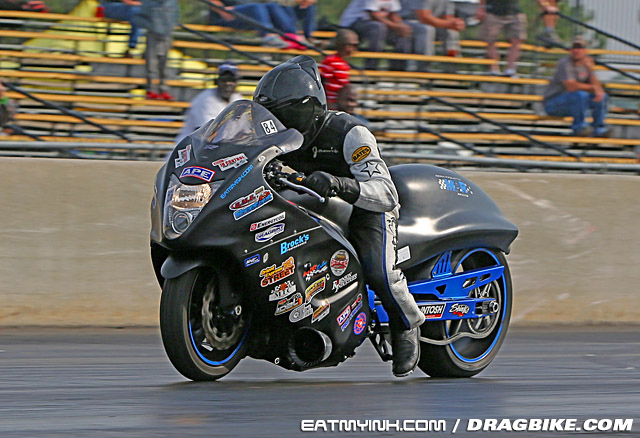 “It’s a pleasure to be a part of this team,” said Lopes, who owns a construction company. “I’m looking forward to next year.”

“At the end, you have to look back and be thankful,” said Paquette. “I have the world’s quickest Pro Street bike, we hold the ET record at NHDRO and the Man Cup, and I think we showed horsepower too. We went 177.8 or .9 in the eighth mile twice, and to go that fast in the eighth mile is gettin’ it. 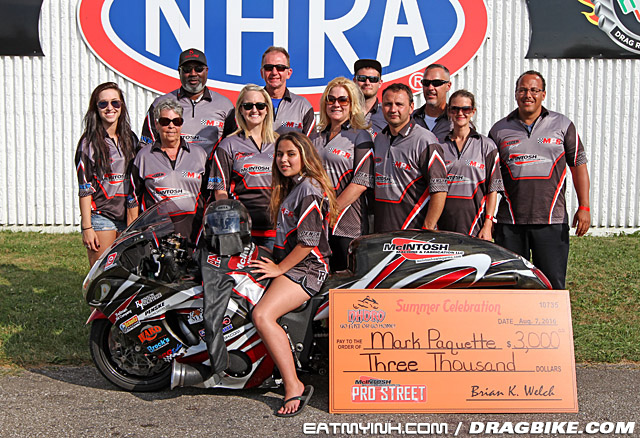 “Special thanks to my wife Kerry and daughter Brooke, because without them I wouldn’t be able to do what I’m doing. Also thanks to my crew/nephews Brent and Thomas Paquette and my brother Tony, Bud and Kelly Yoder, and Terry McIntosh.

“The crew worked their butts off on my bike over the weekend at the Man Cup. I really can’t thank them enough for all they do for me.”