HomeNews / Race ResultsNHDRO Family is Back in Action 5/15-17

NHDRO Family is Back in Action!

The long winter for the NHDRO family is finally over, as the Midwest’s largest motorcycle drag racing series officially kicks off a wild fifth season with the May Bike Fest on the super-fine quarter mile at Lucas Oil Raceway in Indianapolis, May 15-17. Famous for its close racing and good-time family reunion atmosphere, the NHDRO picks up where it left off in 2014 with September’s hugely successful Finale.

Part of that success was McIntosh Machine & Fabrication Pro Street champion Jeremy Teasley’s remarkable performance on the John Drake-owned, Rodney Williford-tuned, fluorescent “No Fear” turbocharged Suzuki Hayabusa. Teasley shattered Pro Street records of the time, running the class’ first 6.80something with a knockout 6.84. Teasley then swept the weekend—winning the race, the rain-delayed August race, and the Pro Street championship. 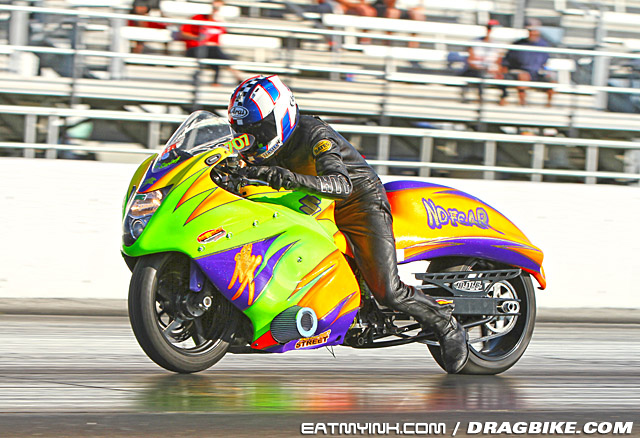 That championship is so important to Teasley that he’s passing on a chance to ride Junior Pippin’s Buell in the NHRA race at Atlanta Dragway so that he can compete at this first NHDRO event of 2015. Put that in your grille and chew on it John Force!

But Teasley’s title defense will be as difficult as Mad Max scoring a tank of gas in the post-apocalyptic outback. Bud Yoder’s now had a year of sorting out his McIntosh Machine ‘Busa and finished off 2014 with a 6.83 in Maryland. He’ll be joined this year by teammate Mark Paquette on a nearly identical bike—but newer and potentially even quicker! Fearless Paquette went a 6.88 on the bike’s first-ever full pass this past April in Valdosta.

There’s also Frankie Stotz on his Honda CBR1000RR, former champ Doug Gall, and veteran Chicago racer Phil Stoll on Ronnie Mitchell’s pink “Frenchy.” It was at this event last year that Stoll’s teammate Mike Bayes went down on the big end aboard “Sandra D.” Bayes and the blue beauty are back and bangin’. 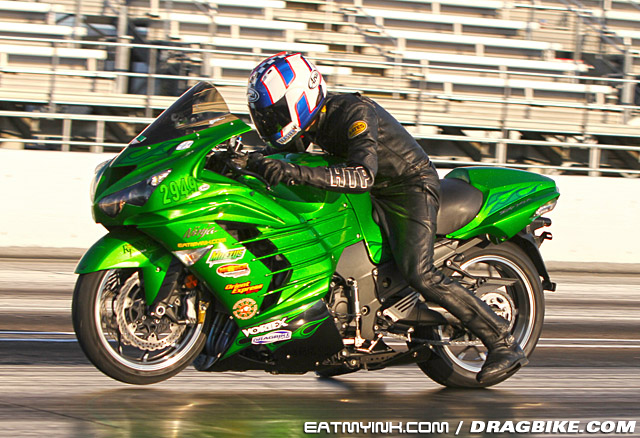 In addition to the standard points race, all the Pro Streeters will likely be throwing down in the always-wild Dunigan Racing Pro Street Shootout on Saturday night.

NHDRO is debuting new classes this weekend, including Pro Ultra 4.60 and MSP True Street. 4.60 index is the hottest class all across the country, growing at a phenomenal rate. It’s the perfect number for all the Pro Mod bikes that can’t approach the 3 second timeslips that sometimes show up at PDRA races. Pull it out the garage, fill the blue bottle and line it up yo!

MSP True Street is for serious riders only—and those that wanna be. From the instant green light to the true hand clutch and the short eighth mile finishline—this class ain’t for a weak heart beatin’ beneath the leathers. And oh yeah, the scoreboards are ON. Expect to see Teasley riding his Kawasaki ZX14R in this class while Gall will be riding NHDRO’s “Uptown Funk.” And rumor has it that Port-Tech’s Bill DeShong will be unloading a trailer-full just for True Street. 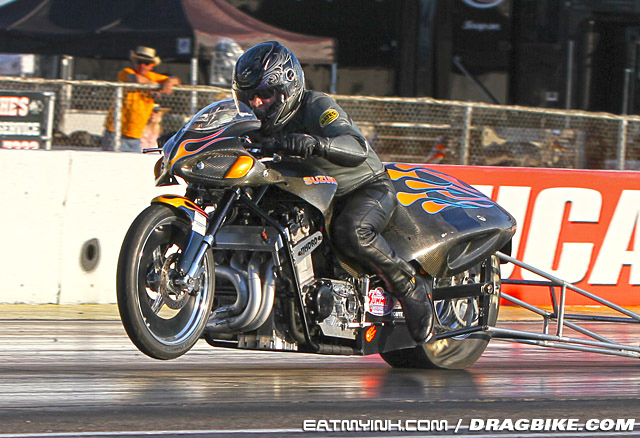 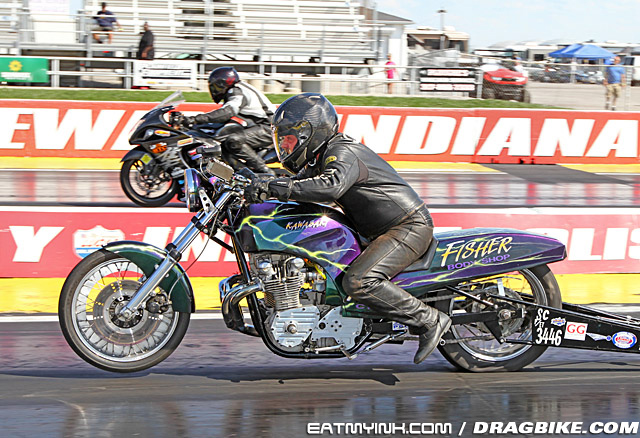 Teasley is also the defending Crazy 8s champ, squeaking out the season title on a tiebreaker over Ben “The hardest working man in motorcycle drag racing” Knight. They’ll both have to deal with no-bar index wizards like Brad Gott, Clark Proctor and more.

Streetfighter champion Ron Arnold will battle Dave Page, John “Spooky” Markham and scores of others in defense of his crown. 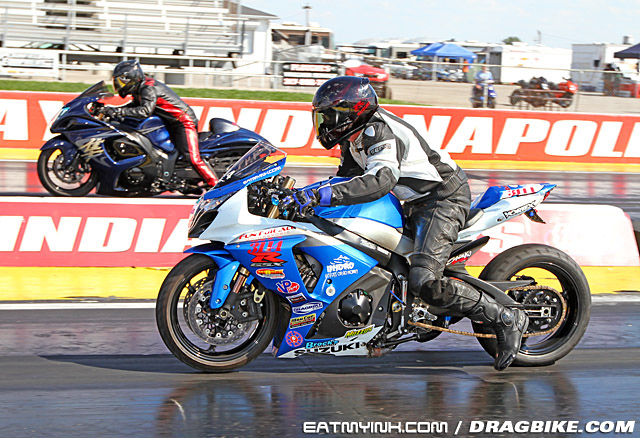 Scott Kauffman—Mr. G&G himself—actually earned the G&G Metal Spinners Pro ET championship on the racetrack, not with his checkbook. He’ll have to fend off bracket racing ballers like September winners Brett Engel and Shannon Clem, August winner Rod Bland, Craig Treble, and hordes of others.

Ben Knight may have lost the Crazy 8’s championship by less than the thickness of a clutch plate, but he did score the Dennis Insurance Street ET championship. He’ll be going mano y mano against Josh Wood, the Dustins—Lee and Burchett, Adam Harris, and scores more. 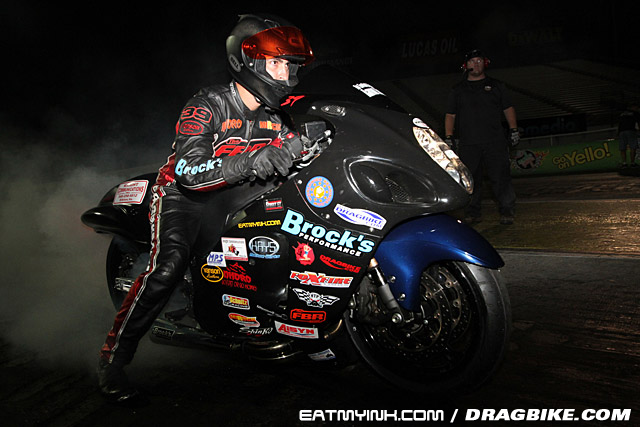 All class champions will be sporting the new, personalized Route 21 custom leathers they earned with their titles.

Nighttime is the right time for the big money, trash talking, fun-loving scene that is Port-Tech Grudge. An NHDRO grudge staple is OSR’s Money Mike Studebaker. He’ll draw swords against class acts like Bud Light Lime and long wheelbase, small slick, nitrous ‘Busas like “Lawd Have Mercy,” the MSP-built “Texas,” and any other combos with the guts to pony up. And “Venom” is making a comeback. Now MSP-built and tuned, it’s time for “Venom 2: The Remix!” 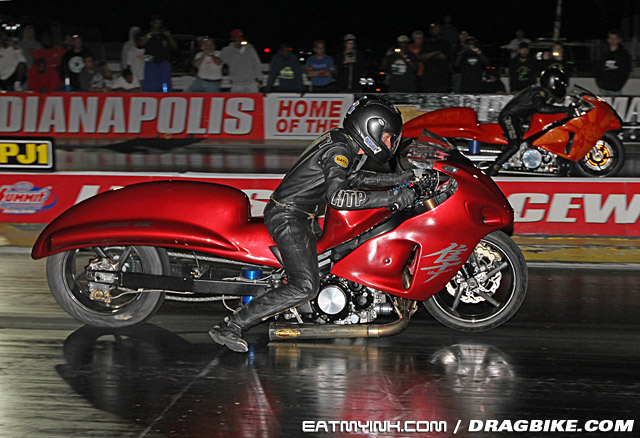 And speaking of class acts, never forget that the never-topped and impossible to duplicate NHDRO bikini contest will boil it down to the bare necessities on whatever stage the NHDRO staff can cobble together. Trailers always empty to watch this scantily clad comedy revue.

Brian and Niki Welch and the whole NHDRO staff invite everyone to chill beneath KD Kanopies and share the wealth that is NHDRO’s Big Checks at this and every NHDRO event. 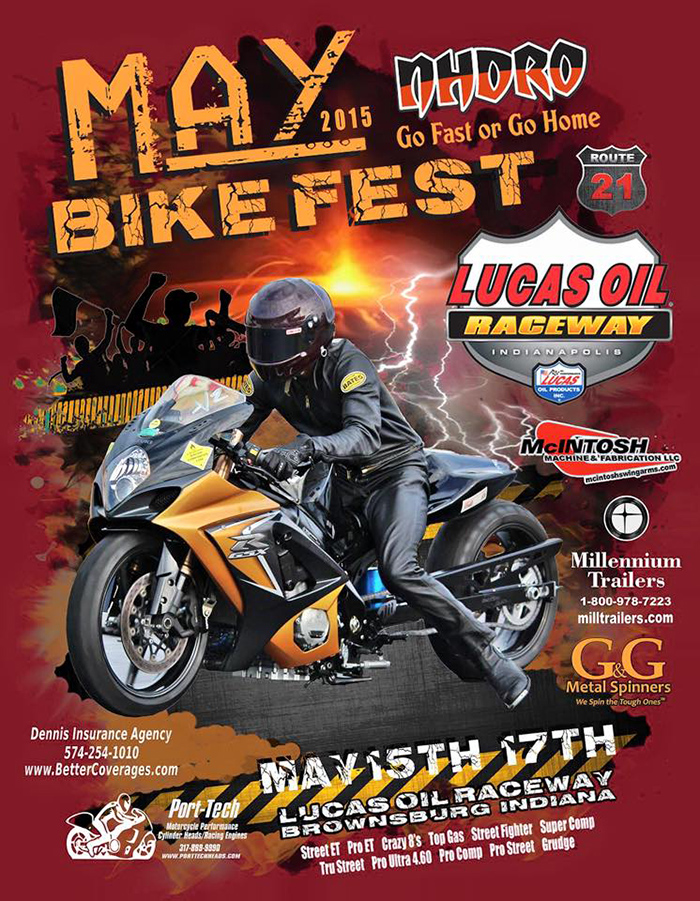