NHDRO Going the Distance in Indy

NHDRO Going the Distance in Indy

The Midwest’s largest motorcycle drag racing series—NHDRO—returns to their home track of Lucas Oil Raceway in Indianapolis for the May Bike Fest on May 13-15. It’s also a return to the full quarter mile after the NHDRO opened their season on Huntsville Dragway’s eighth.

The big news in Pro Open is the return of Chris Cutsinger following unexpected heart surgery over the off-season. Cutsinger will throw a leg over his turbo ‘Busa Funnybike and see whether racing is yet part of his recovery. Ron Maddox and Charlie Theiss will also be making some Pro Open noise. 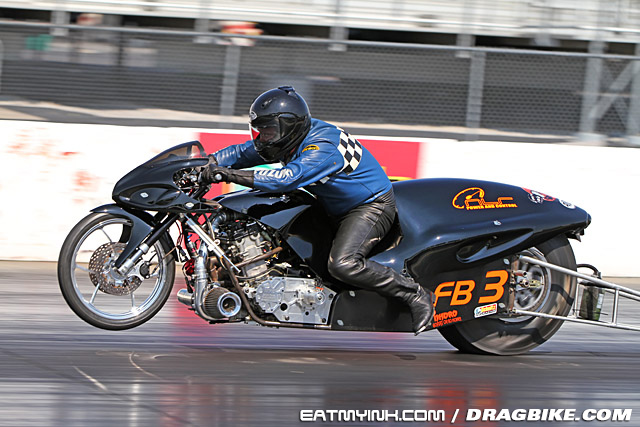 McIntosh Machine & Fabrication Pro Street gets to wind out on the full quarter to speeds over 210 mph. Did you know that Pro Street bikes make as much horsepower in their little engines as 2.2 liter IndyCars do, and that they apply all that power through one narrow strip of street legal rubber instead of two ultra-wide sticky race slicks?

“Mothug” Doug Gall won Pro Street in Huntsville despite riding a wheelie most of the way. He’ll have to balance on that rear wheel a lot further in Indy if he’s gonna repeat—or keep the front down and the power to the ground. 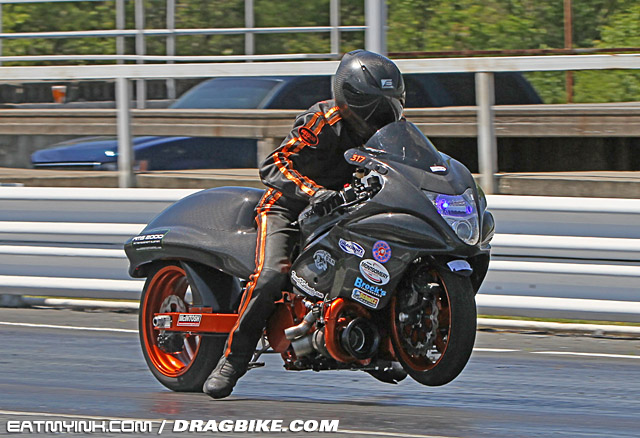 Huntsville runner-up Justin Doucet and the Two Wheel Werkz/HMH Motorsports turbocharged Suzuki Hayabusa were the class of the field down south, until they weren’t. Doucet spun in his lane while Gall wheelied in the other. But Justin will be back on home turf in Indy and set on kill.

Defending champ Bud Yoder and the Mark Paquette Racing team get to show their stuff as they mount their defense. Frankie Stotz and “The Little Honda That Could” will also be back in action and looking to take home NHDRO’s big check.

Quicktime Motorsports’ Rudy Sanzottera will bring a trailer-full of side-mount turbo bikes for himself, John Chant and Ryan Hable to battle the field.

John Drake’s “No Fear” will hit the strip hotter than the grills back in Drake’s pit. Riders Richard Gadson and D.D. Boulware will punch the gears on Drake’s high wheelieing turbo ‘Busas—all the way to the winners circle? 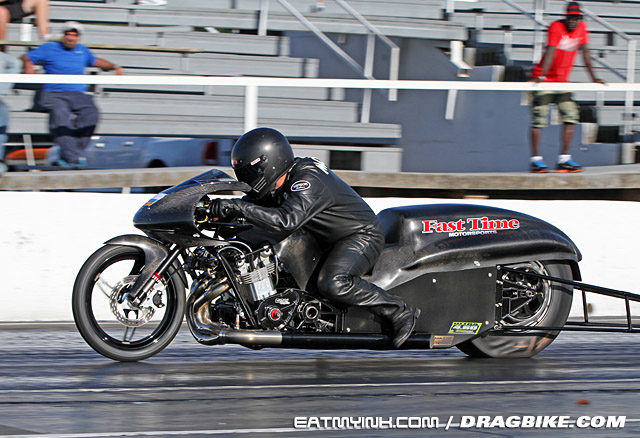 Quicktime Motorsports/Lindeman Performance Pro Ultra 4.60 always shuts it off at the eighth mile no matter where they race. Huntsville 4.60 winner Mantez Thompson might find that the taste of victory leads him north to Indy for more. Runner-up Chase Morris will be hoping to advance one spot further on the Fast Time Motorsports Suzuki. Also expect all the Wheelers to be in the house and lots more. 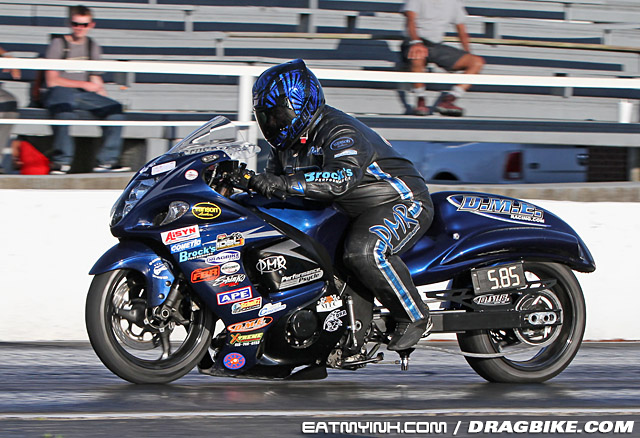 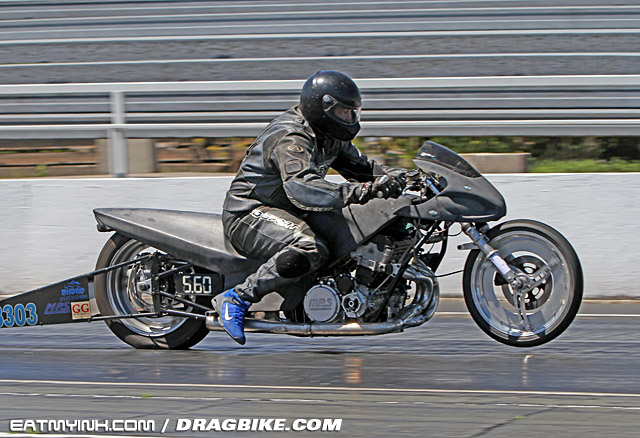 Not if Super Comp champ Chad Isley has anything to say about it. He won MPS Pro ET in Huntsville, as did John “Spooky” Markham. 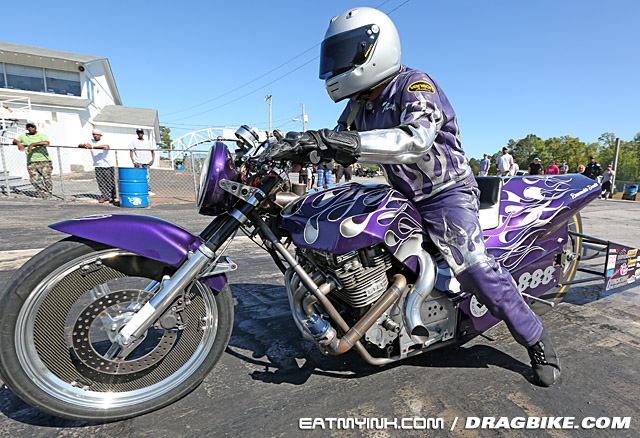 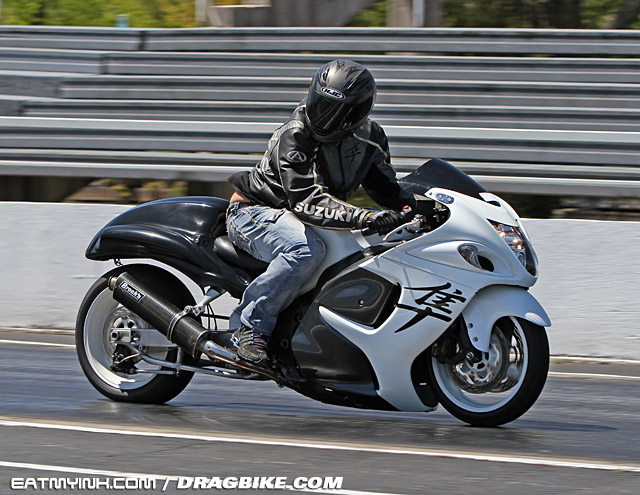 Blake Parker won Route 21 Street Fighter down south, but Ben “Hardest Working Man in MC Drag Racing” Knight wants to avenge that loss in the return to the Midwest. 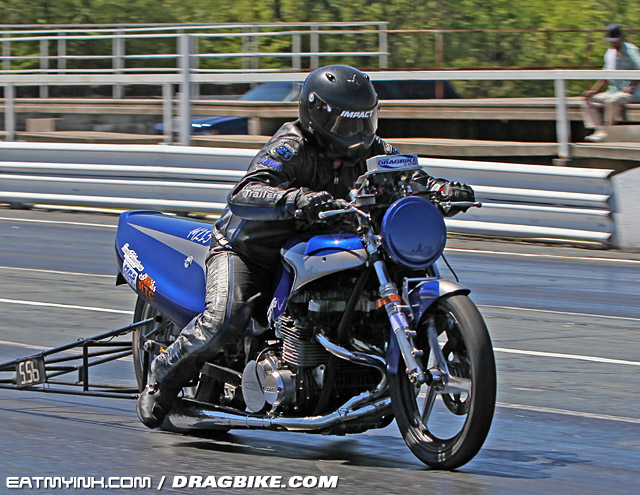 Dennis Insurance Street ET wins went to Kentuckian Ron Arnold against Richard Davis, and Bud Calhoun over Spencer Claycomb in Hunstville. All these guys and many more will race round-after-round on both days until only one is standing. 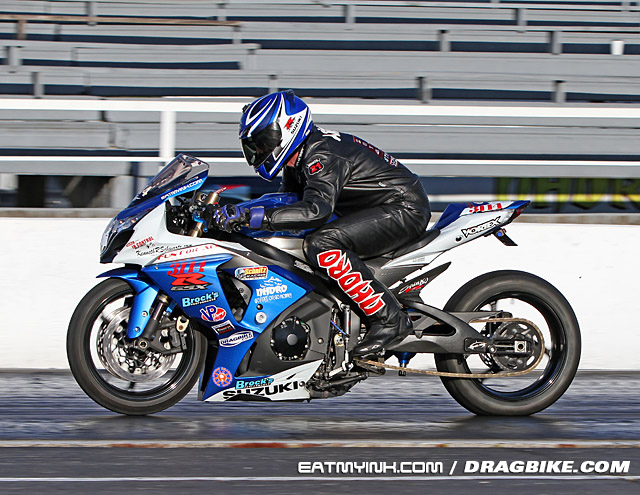 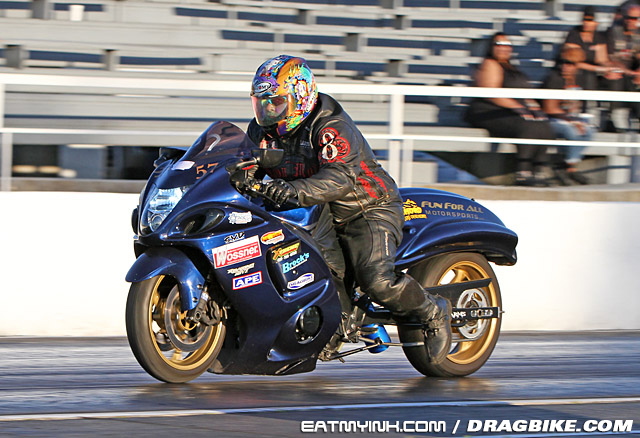 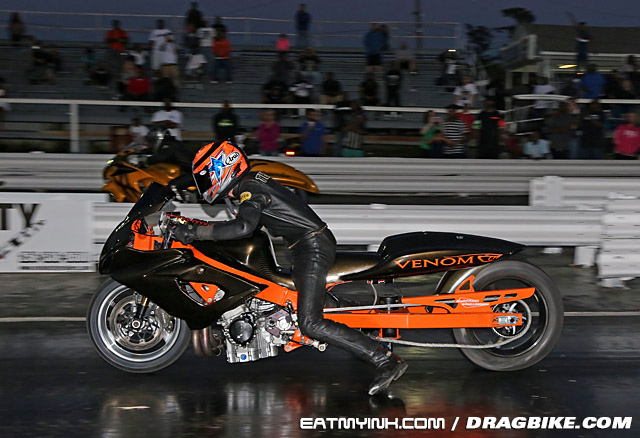 Brian and Niki Welch look forward to returning with the NHDRO family to the World Capitol of Racing for the biggest month of the year.