14 of the fastest bikes on the planet have accepted an invitation to attend the NHDRO Grudge Reunion July 10 -12th in Louisville Kentucky at Ohio Valley Raceway.

So in addition to the regular NHDRO classes we will be having grudge on both Friday and Saturday. The extreme 14 will shake down and grudge on Friday and then participate in a $1000 buy-in shoot out on Saturday. This event will be EPIC! Below we are featuring a few of the Extreme 14. 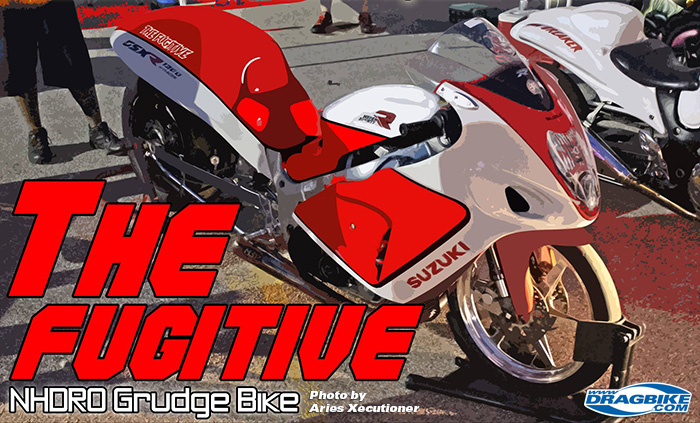 Joe Marasco started racing in 1979 at National Trail Raceway. His first competitive event there was the Earthquake Nationals. Despite this Tuner having a 0 to 5 win/loss record, those that have been around long enough know he a serious competitor and one of the best Tuners in the history of motorcycle drag racing. “Huge thank you to NHDRO for allowing us grudge racers a venue to race and get a return on all our hard work.” said Marasco 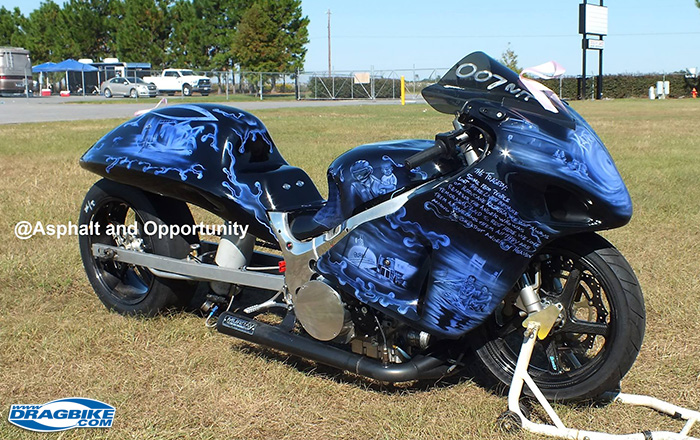 Seed Buster has been racing since he was 12 years old and has been on motorcycles since 2002. This bike owner has an impressive win/loss ration of 75 to 25. 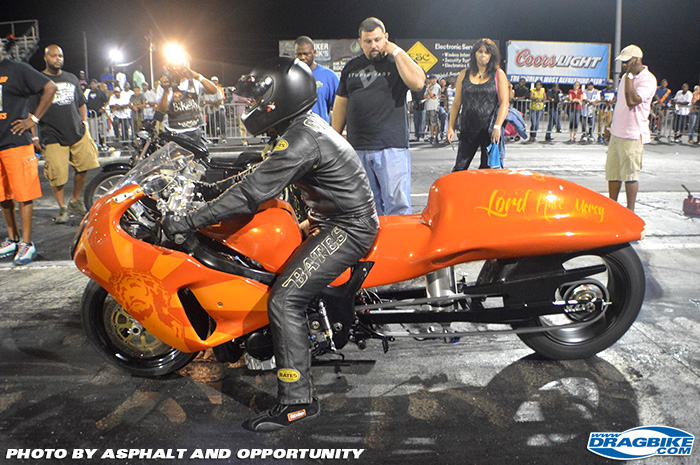 Richard Gadson started drag racing in 2001 at an AMA ProStar race with his uncle Rickey and now has come one of the most popular hired guns in the industry with the ability to ride any type of motorcycle. In a recent Grudge victory he took out Jeremy Teasley.

While everyone know what a talented rider Richard is, many don’t now that he also tunes and build motorcycles, and has even be nominated for the 2015 Dragbike.com Tuner of the Year. “I like NHDRO because of the atmosphere. Brian tries to give equal share and priority to grudge and I like how he runs his program. If I have availability, I will be at every NHDRO event in the future. ” 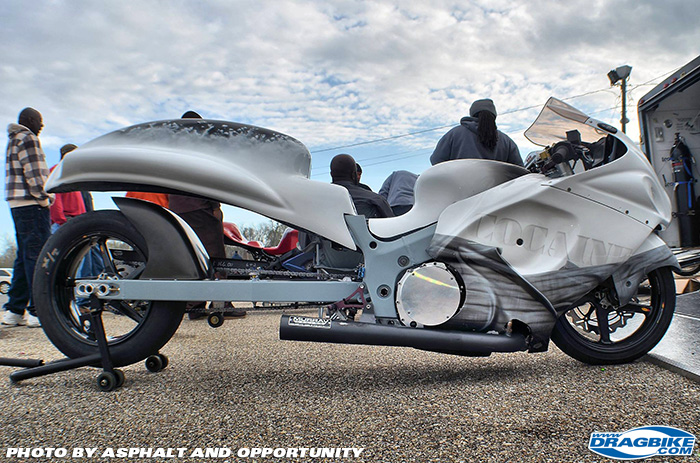 Randy Cagle started racing at age ten with his Dad at a circle track then shortly after started drag racing quads. The self proclaim procrastinator has a 10 to 3 win/loss record “I an excited to attend the Grudge Reunion 2015 because Brian is trying to do something different. Brian and I are similar as we are both innovative thinkers and we have similar ideas. It is not about the dollar for us. Brian has gone above and beyond for the racer and that is hard to do nowadays.” said Randy Cagle

Eddie Cane and the Five Heartbeats 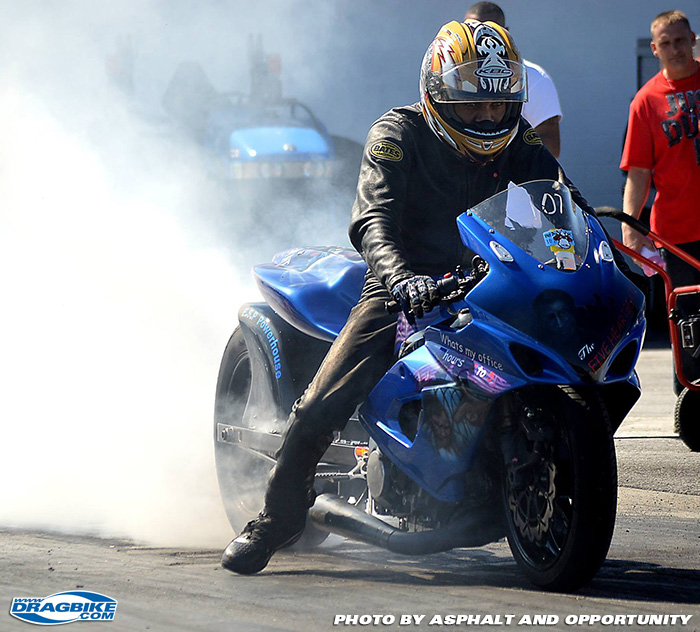 “As a little boy my cousins raced motorcycles and I was a type of kid that would always make the motorcycle noises so around 17-18 I got a job and with the help of my cousin bought a bike. My mother did not know as I kept the bike at my father’s house.” said Ray Lee

“Speed was the essence for me. Eddie Cane is like my big brother and he gives me the opportunity to ride and do what I love to do. As long as I do what I need to do, Eddie keeps me racing. Without him, there would definitely be no me. I will always be loyal to Eddie. Most people do not get a chance to do what they truly love to do as a job. If I could race 7 days a week, I would.“

“I fear no man when it comes to racing and I am always be ready for whatever happens. But I stay humble and everytime I strap up on these motorcycles, I say a blessing and know that God has every situation.”

“The world is an ash tray to Eddie Cane and it is a blessing for me to operate such a machine.”

Shout out to Dusty Williams who was in an accident a few weeks ago. He was injured pretty badly. I dedicate my remaining racing season to him.” 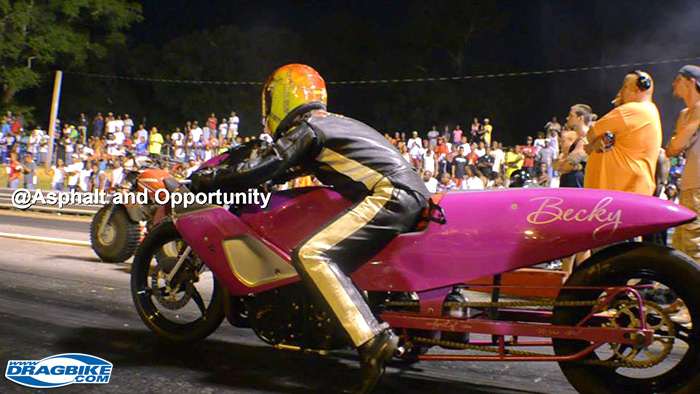 Lance Hines got into racing with his father in ADRL on a Pro Mod Lance is one of the most consistent competitors. He is one of the harder riders out there to beat. His win/loss record is 4-2 with a recent win Bradenton on the Cheetah bike beating Elvira and Black Caesar. 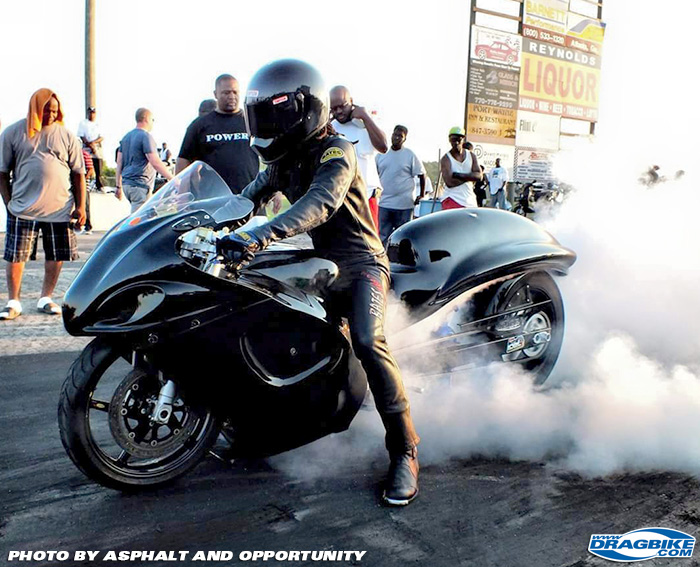 Shun Maxwell started racing cars with NHRA at about age 8 before getting into motorcycle drag racing. The avid Fisherman is looking forward to the Grudge Reunion and hopes it becomes the premier spot for Grudge racing.

Call Out: We call out Angola. We feel like this bike is the best no bar bike in the country. When it performs no one can stage beside this bike. 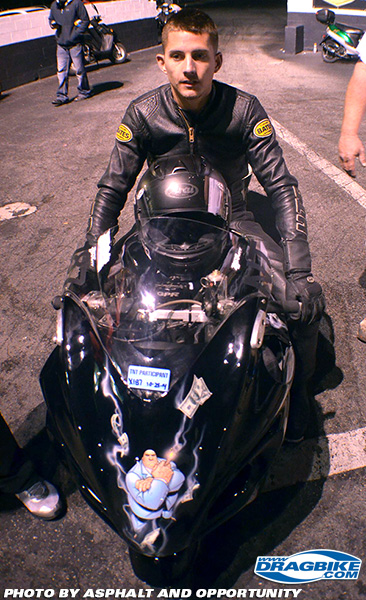 Jeremy started racing in 2008 at the age of 16. The first race was in Memphis for ProStar. In grudge he has only been beat once by ’In 2 Deep’.

Jeremy may be quiet and humble, but he is one of the baddest grudge racers around. His riding ability does the talking for him. “I attended my first NHDRO race in 2013 and we had a blast! We stayed from Thursday night all the way thru to Sunday night and we look forward to attending all NHDRO races.” said Jeremy.

Jeremy Rossi started racing cars and then went on to race four wheelers before becoming a grudge super star. In 2003, Jeremy bought his first street bike and then starting motorcycle drag racing. Then in 2009 he opened up an all motorcycle repair shop in Albany, GA with a specialty in fast drag bikes. Jeremy has a great reputation keeping his customers happy.

“This grudge reunion will be the first time out with a flat slick bike. I formerly raced a bike called ‘Dope Fiend’ but I am looking forward to making a statement with Black Plauge.” said Jeremy “I am looking forward to Brian’s Grudge Reunion, it will be a great time with the fastest grudge bikes on the planet all in one spot” 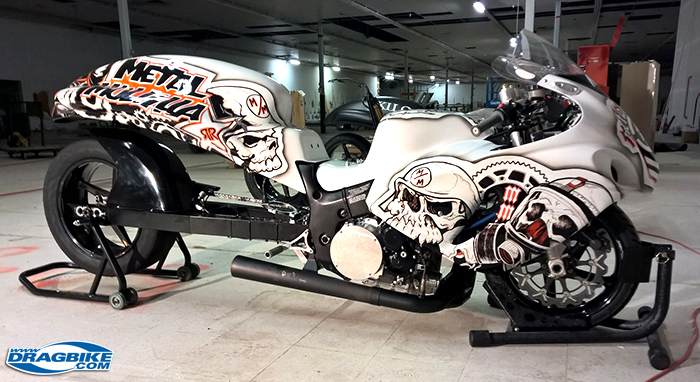 “This will be our first NHDRO race and we are excited for the fans and I think it will be a great event!” said Brian Moss “Lil C is a lightweight jockey from Georgia and despite this being a new bike, he has a 3-0 win/loss record on it.”