NHDRO is THE Indy Speed Show

NHDRO is THE Indy Speed Show

Seven hundred turbocharged horsepower, 220 miles per hour, and Indy in May—what else could it be other than NHDRO’s May Bike Fest? America’s fastest growing motorcycle drag racing series comes back to Lucas Oil Raceway for what just might be May’s most dynamic motorsports event in ‘Nap Town.

NHDRO started 2017 with their “Money in Muncie” season opener—a windswept tundra of an event that saw only the strongest survive. Perfect springtime weather is scheduled for this weekend and Lucas Oil Raceway’s Kyle Lang and crew will have the nation’s finest 1320 in top shape.

It’s true that McIntosh Machine & Fabrication Pro Street bikes make as much horsepower as their winged, four-wheeled cousins do over at the Speedway. But the bikes apply that power through a fraction of the contact patch that the cars have—not to mention with riders crouching over the motor with nothing but their helmet and leathers to protect them should anything go wrong. 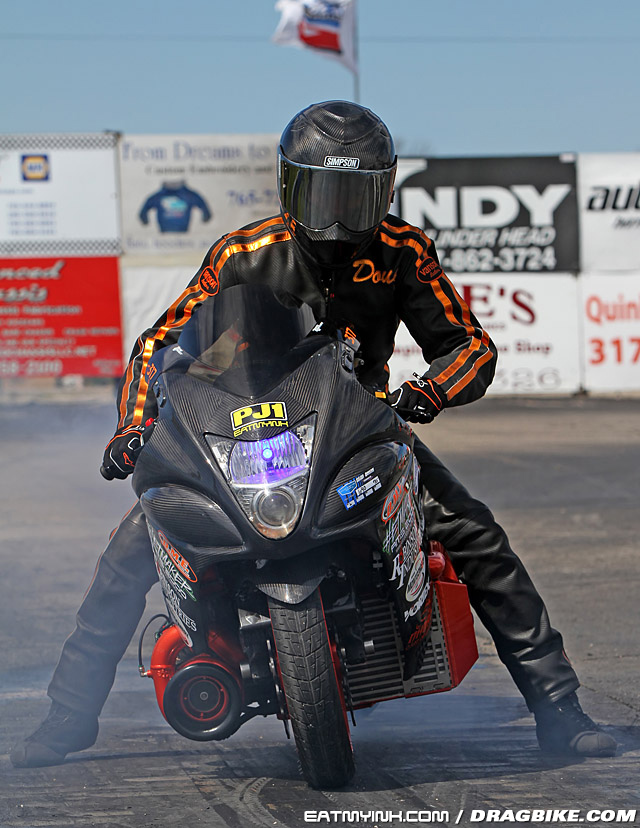 NHDRO’s brand new APE/Trac King NOS Pro Street class will start in earnest this week, and even Brad Mummert is trying to take some personal time off at The Motor Company plant in York so he can trailer his legendary GS to Indy for Gadson to ride. The internet is ablaze with racers warming their blue bottles for this class. 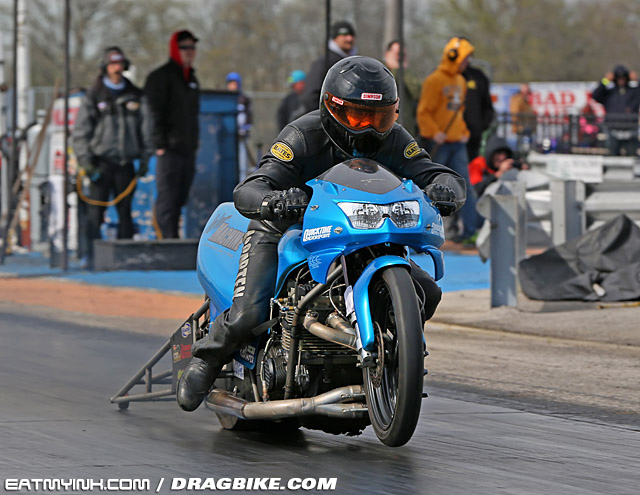 HMH Motorsports Pro Open also hits the track for the first time this year with the tire-shuddering Funnybikes of champion Chris Cutsinger and Ron Maddox, Sanzottera’s no-bar beauty, and more. 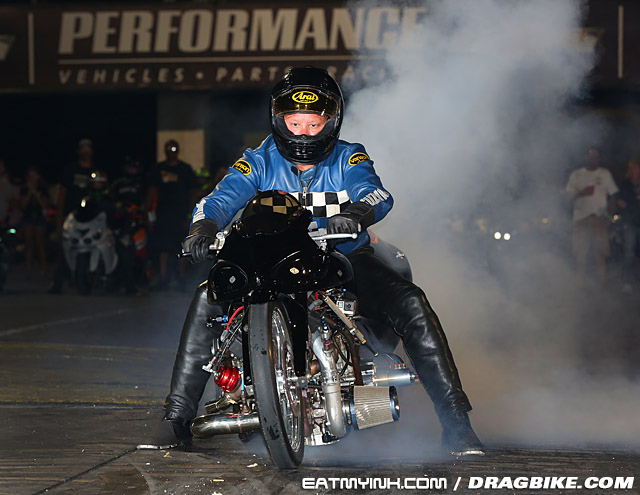 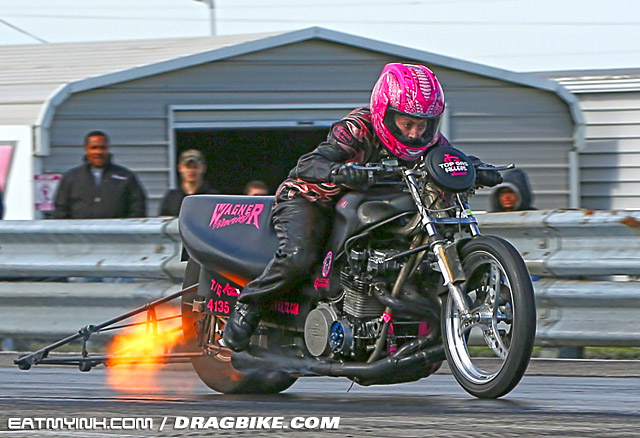 Lee took the M2.Shocks Crazy 8s final over Ben “Back in His Groove” Knight, and both will be fighting what will surely be a large field of index streetbikes. Ditto for Route 21 Street Fighter winner John “Spooky” Markham and runner-up Jeremy England. 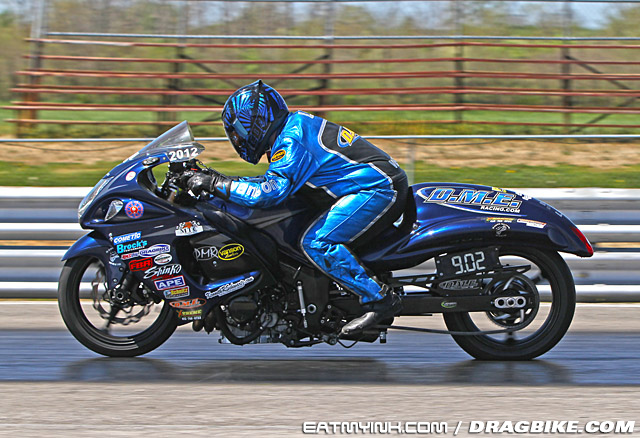 Ron “Jiu-Jitsu” Arnold will be looking to repeat in Millennium Trailers Super Comp.

Kevin Dennis Insurance Street ET and MPS Pro ET Muncie winners Knight, Eric Cooper, KJ Sowers, and Cody Combs will race all of the above and many more for wins on Saturday and Sunday. 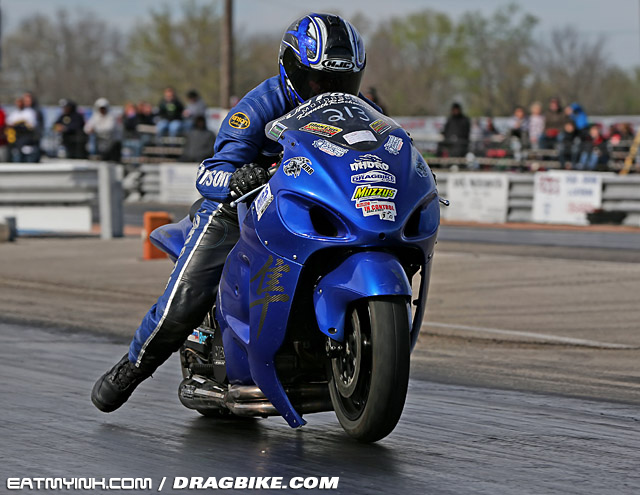 NHDRO Grudge Racing will return in full swing with clear weather predicted for Saturday night. Trailer-up and load your wallet for a full night of free-form action. 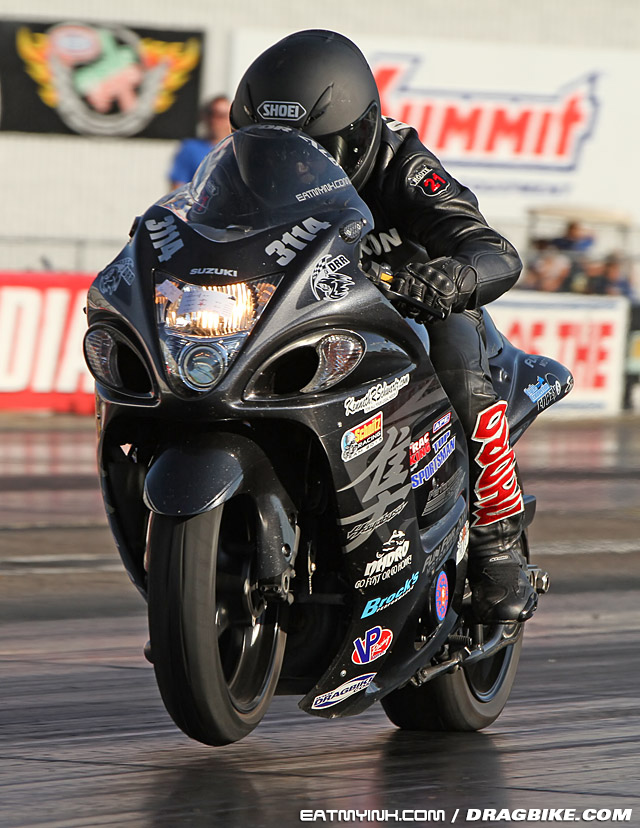 Brian and Niki Welch remind you to download NHDRO’s new app and keep posted on everything NHDRO related. Now available for iPhone and Android at their respective app stores. 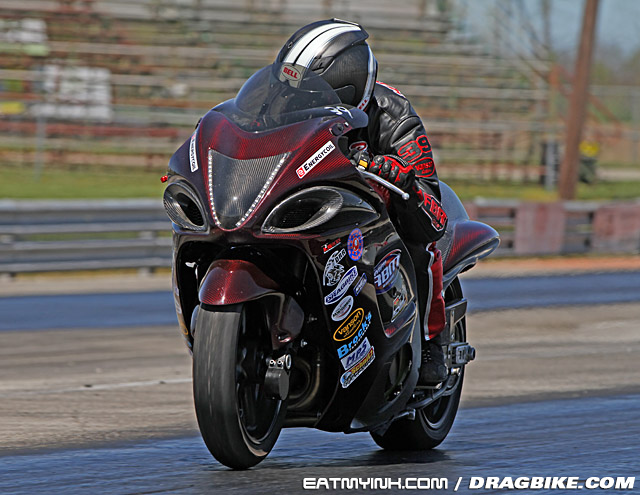 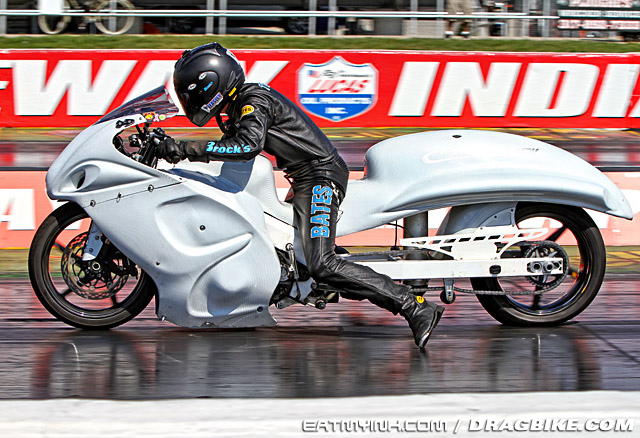