NHDRO Kills it at Ohio Valley with the Grudge Reunion

NHDRO Kills it in the ‘Ville

Louisville is a sports city. The Kentucky Derby, the Doctors of Dunk, Muhammad Ali, and more recently Teddy Bridgewater—all are signatures of the River City’s sports style. But the ‘Ville had never seen anything like NHDRO’s Grudge Reunion—nor has any dragstrip anywhere.

NHDRO boss Brian Welch blew the Port-Tech Grudge portion of the Midwest’s largest motorcycle drag racing series up big time with the Grudge Reunion at Louisville’s Ohio Valley Dragway. Laying out an eighth mile, well-prepped carpet for the nation’s top grudge bikes and trash talkers resulted in what seasoned young rider Lil’ Richard Gadson called “One of the best events I’ve ever attended! Man it was something special. People were racing left and right ALL NIGHT!”

The free-form format of grudge racing often leads to lots of standing around watching shakedowns and listening to put-downs, but not so at the Grudge Reunion. Part of the reason was the quality of the track surface. “I like this track,” said HTP Performance’s Cecil Towner, the busiest tuner at Ohio Valley. And Towner is famously critical of the surfaces that his bikes race on. 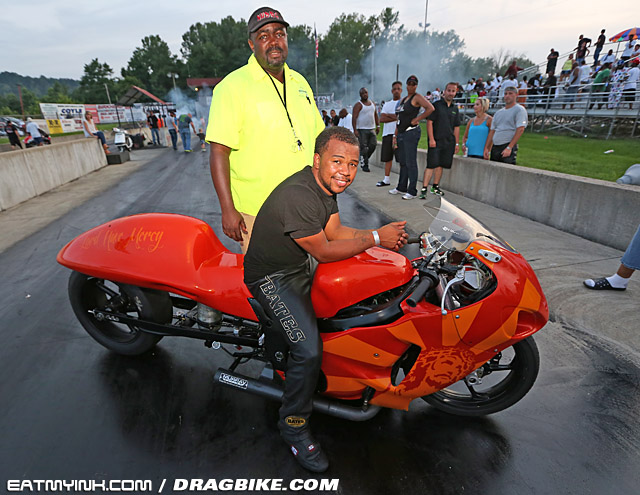 “This track is great,” agreed Gadson, who profusely thanked Welch for putting the show on. “It’s a great eighth mile track.” 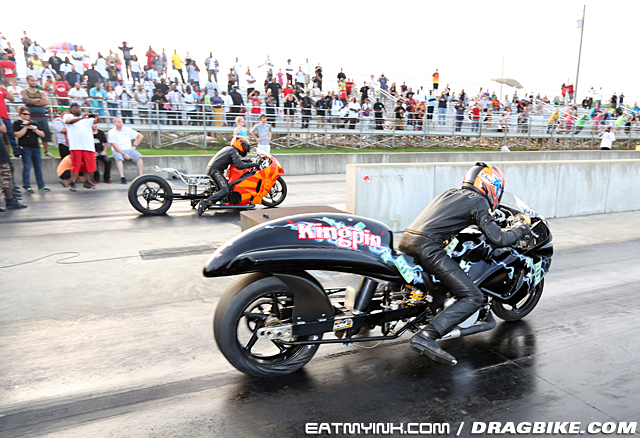 Few raced more than Gadson, who logged four grudge wins—three of them on the carbureted, wet nitrous “Lawd Have Mercy” Suzuki Hayabusa and one on the “Mighty Mouse” GSXR1000.

Two of those “Lawd Have Mercy” wins came at the expense of Alex Hughes on quick-wheelieing “Knight Rider,” and one against Jeremy Teasley on Buck Burroughs’ almighty “Kingpin.” Hughes’ three wins came against “Bonecrusher,” “Metal Mulisha,” and “DMF.” 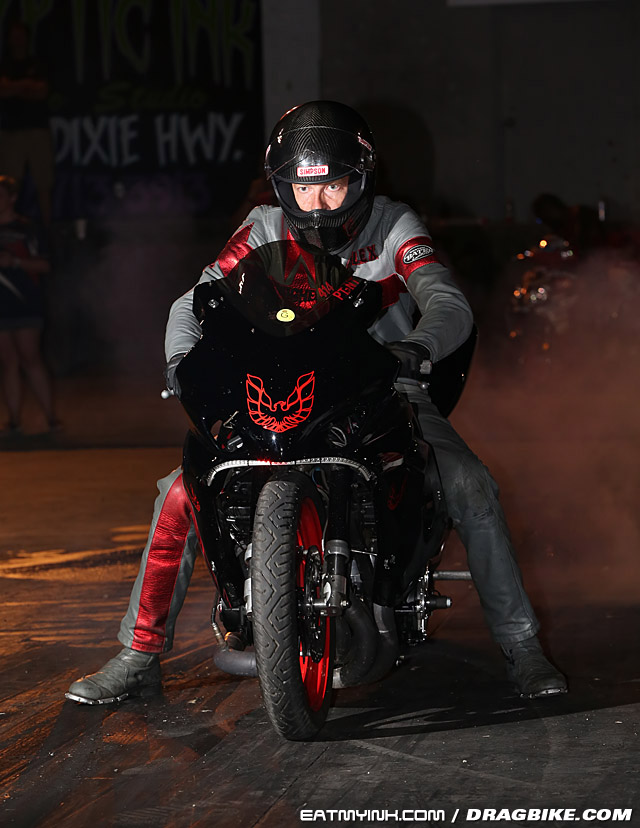 Towner’s not even sure of the final body count delivered by (or to) his HTP trailer. “Cobra Commander” beat “Eddie Cane” and “Bonecrusher” beat Jungle Racing, but there were also tough losses, including “Kingpin’s.”

Ray Lee may have lost when “Cane” blew up against Ryan Schnitz on “Commander,” but took two wins on his own gray primered ‘Busa, including one against “Cocaine.” The white bike appeared to have OD’d on its namesake product when it leapt into the air at 100 feet. 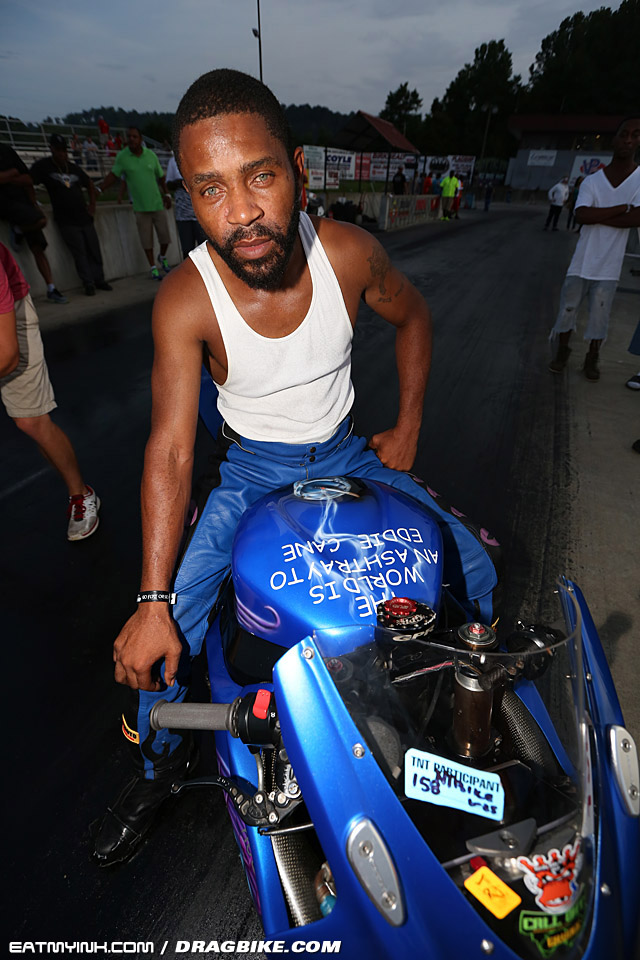 Making up for the loss on “Kingpin,” Teasley was 2-0 on CJ400’s Kawasaki ZX14, including one against Gadson on “Bud Light Lime.” 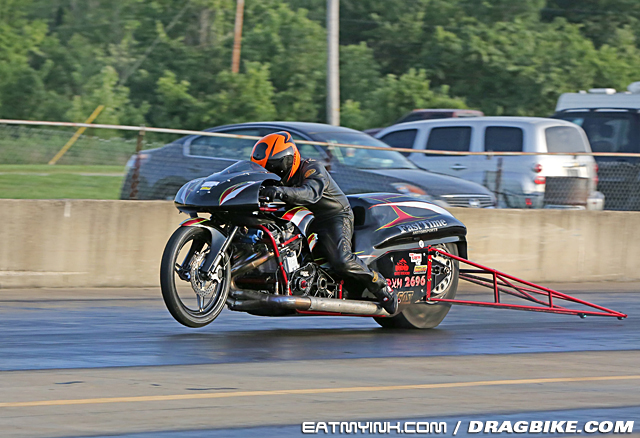 Pro Comp is used to running eighth mile, but it’s strange territory for McIntosh Machine & Fabrication Pro Street. Bud Yoder mastered it best, keeping it real in the final while Justin Doucet over-powered the track. After a first round bye, number one qualifier Yoder (4.57) beat Frankie Stotz and teammate Mark Paquette on his way to the final. 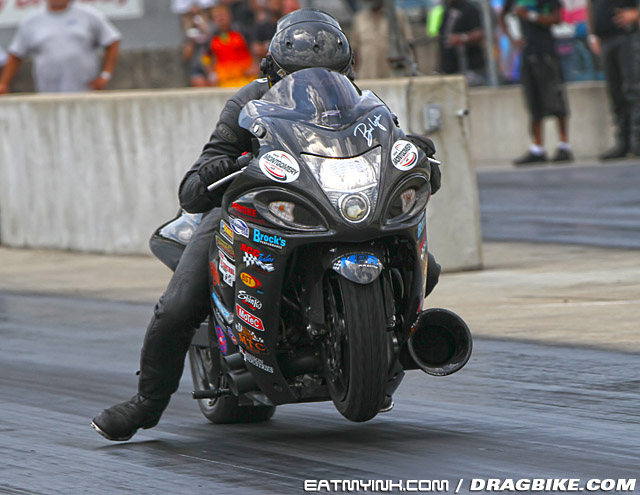 Mantez Thompson won Quicktime Motorsports/Lindeman Performance 4.60, the world’s quickest two-wheeled index class. Thompson took the final round win over Walter Sharp. Class co-sponsor Jeff Lindeman saw his first riding action in many years this weekend, making it to round 2 on his bike that is normally ridden by lighter-weight Les Stimac. Les was overseas in Liverpool, having apparently just heard that Pete Best quit the Beatles and that there might be a seat at the drum kit for him…. 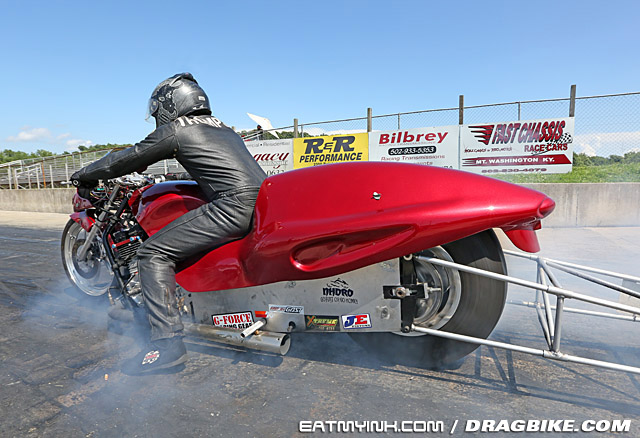 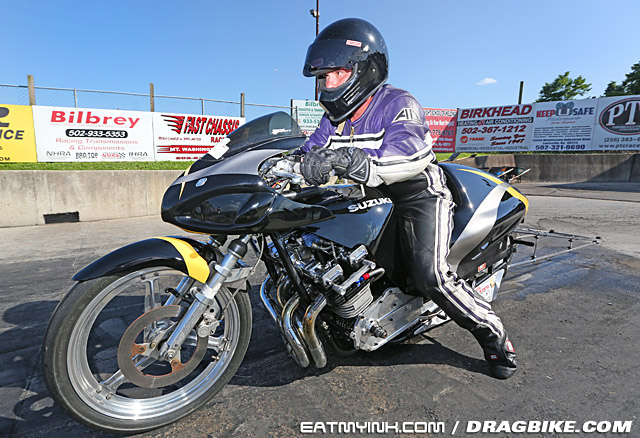 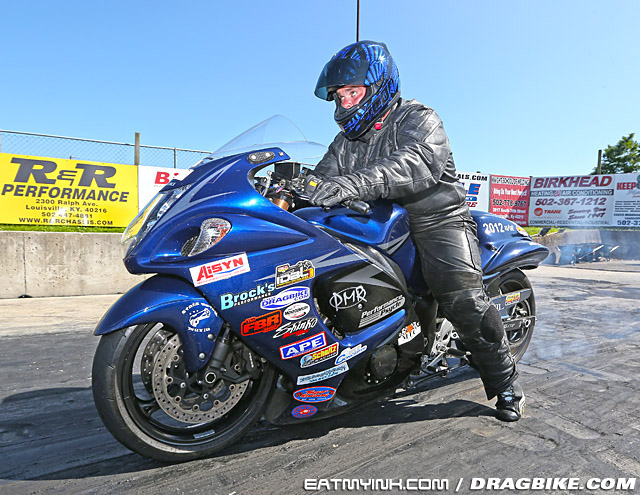 Clark Proctor won the Crazy 8s final over Kentuckian Ron Arnold. Steve Allen was the Crazy 8s (indexed to 5.70 on the eighth mile) number one qualifier. 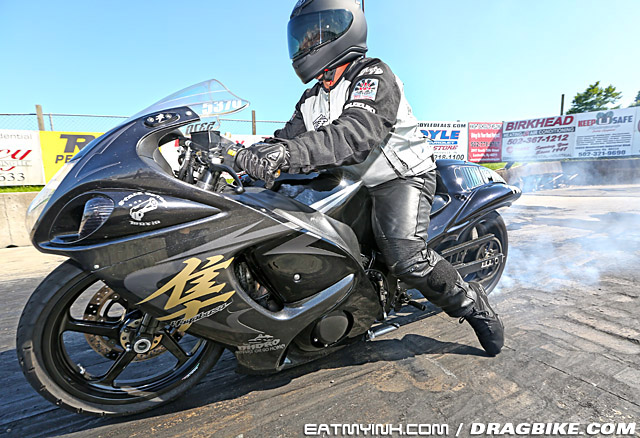 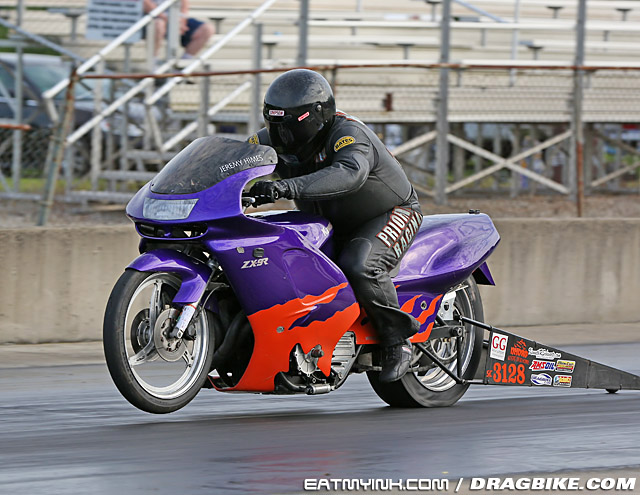 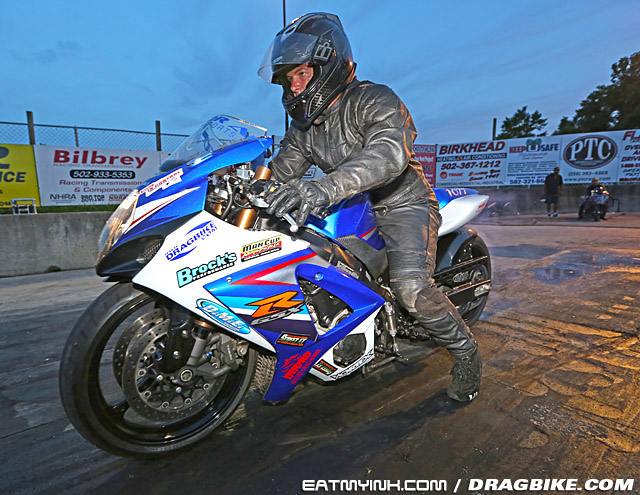 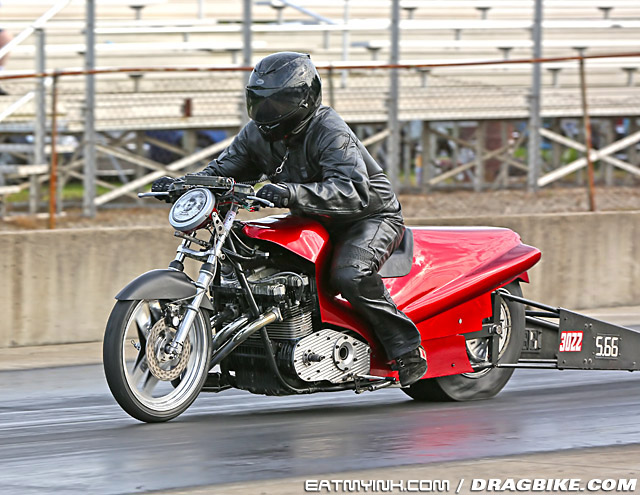 Brian and Niki Welch welcome the NHDRO family back on the full 1320 August 7-9 at Lucas Oil Raceway near Indianapolis, Indiana.