Ceslie Shellhaas, the first female class winner of NHDRO, has been around racing since she was in diapers. Currently residing in Springfield, Ohio, her hometown is Troy, Ohio. She races a Kawasaki Zx7r Chrome Moly Chasis. At the age of eight, she raced junior dragsters, then graduated to a full length dragster and then Super Pro class by age 16. She never thought about racing motorcycles as they seemed pretty crazy to her. However, racing simply runs in her family and she could not help but to follow in the footsteps of her dad (Brad
Shellhaas) and brother (Bradley Shellhaas). 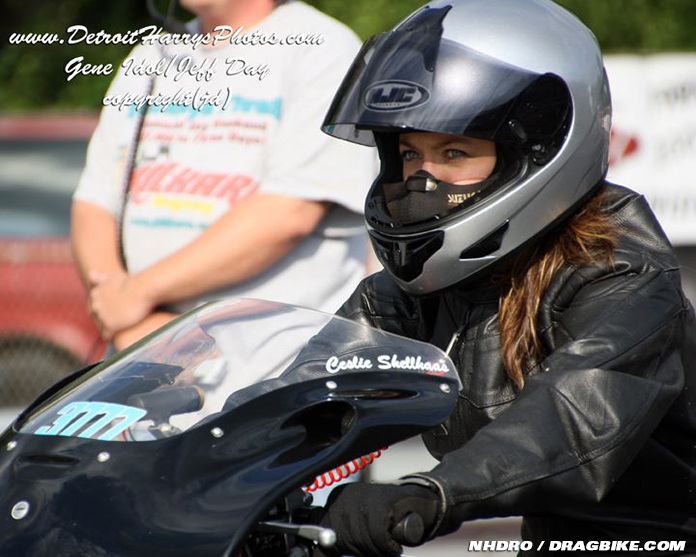 Seeing the enjoyment motorcycle racing brought to her dad and brother, Ceslie finally told her father she wanted to race bikes. After her dragster was sold, getting the most beautiful piece of machinery she had ever laid eyes on and hiding the idea from her mom, she began attempting to makes passes. She had to tell her mom of her new venture as it seemed something would always prevent her from making it to the track. Breaking the news to her mom had great results, as Ceslie then made her first passes and fell in love with motorcycle racing. Though it took her quite some time to ride motorcycles, she feels it is one of the best decisions she has made. 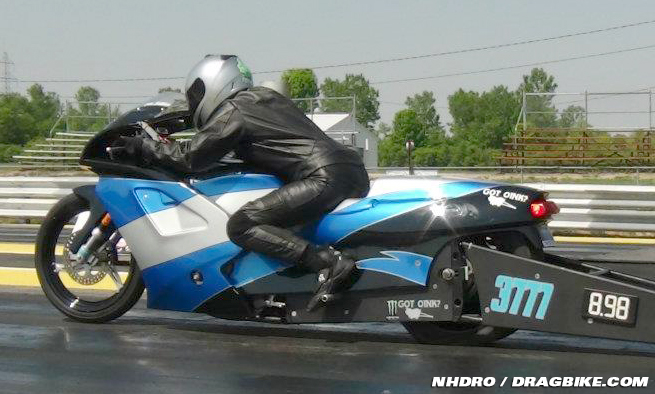 This racing fanatic has only been racing for just under two years. Her first race being the Thunder Valley Shootout in Bristol, Tennesee in 2011. She got her licenses halfway through the 2011 season. The 2012 racing season was her first full season. During her racing career she has become the Semi-Finalist and Runner-Up at Kil-Kare Dragway, Pro ET class winner of 2012 NHDRO Mid Season Sizzle, First Female to win an NHDRO class race, Semi-Finalist of 2012 NHDRO Race of Champions and other multiple Semi-finalist standings of NHDRO races. Ceslie graduated from Wright State University where she studied Rehabilitation Services. She has yet to miss an NHDRO race. Ceslie enjoys racing at her local track, all the while loving and being thankful for the environment, competition of the NHDRO races and feeling a part of the NHDRO family. Ceslie Shellhaas, a dedicated, eager and ambitious racer. 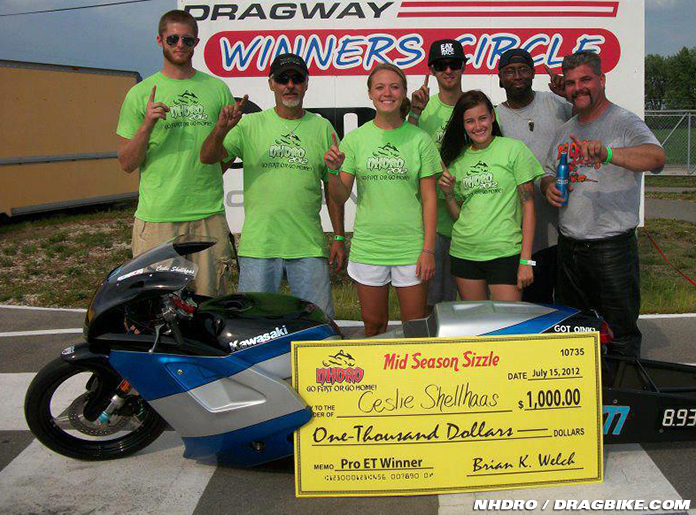