Suzuki Hayabusa racer, Dave Page was born, raised and currently resides in Norwood, Ohio. In 1979, he purchased a kz900 and turned it into a drag bike in 1980. The rest is history as he began bracket racing in Edgewater Sports Park in Cleveland, Ohio. Racing for 33 years has allowed him to accomplish quite a bit. Among said accomplishments are some national event wins:

He was named the AMA Prostar sportsman mechanic of the year in 2005. His first NHDRO win was at the first 2007 NHDRO event back when it was called “No Hatin in Dayton” at Kilkare Dragway, where a bracket race was ran on the pro tree! His other NHDRO wins have occurred in the Street Fighter and Street ET classes at National Trails and Kilkare. Dave won the Street Fighter class in September 2012 at NHDRO in Muncie. 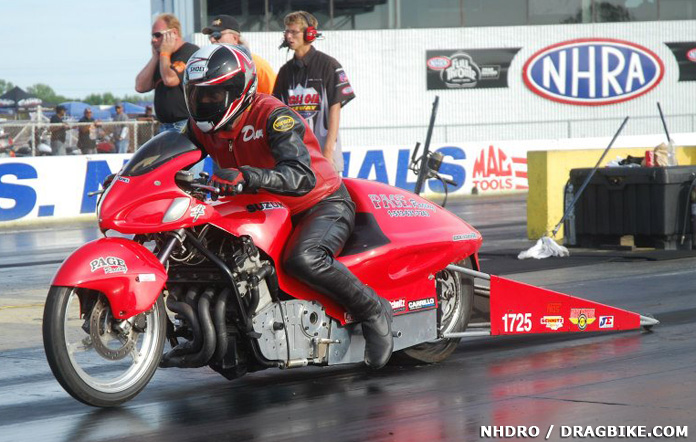 As a family guy, Dave likes to spend time at home with his wife Rhonda of 30 years after leaving his shop at night. He has been self-employed at Page Racing for 12 years. He and his wife have a 21 year old son who is studying audio video production at Cincinnati State. Congratulations Dave, one of the original NHDRO Sponsors on such a great racing journey thus far, we look forward to see you in the 2013 season! 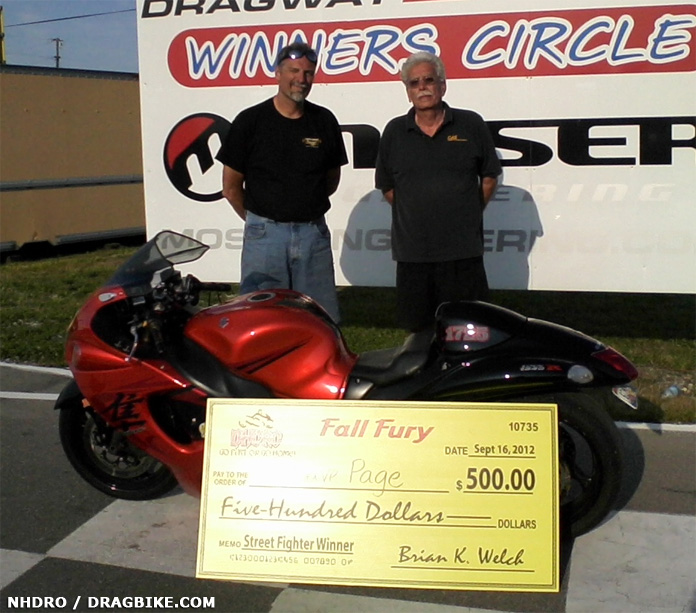