NHDRO Ready to Go at Gateway

NHDRO Ready to Go at Gateway 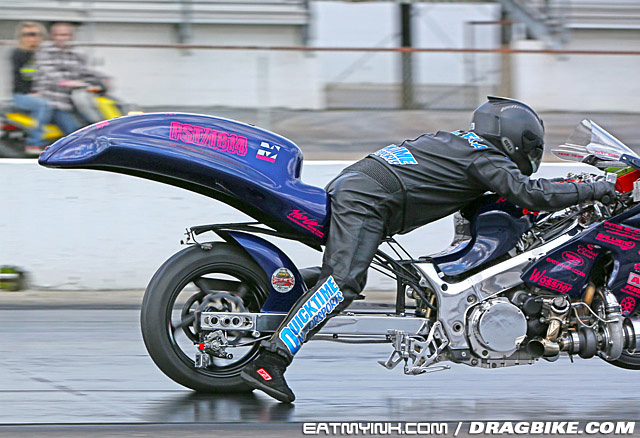 Sanzottera is always providing excitement of one sort or another—especially at Gateway—but is hoping for a different type of excitement than what he experienced in round 1 of eliminations for the May Bike Fest in Indianapolis. Rudy’s tail section slipped out from under him at about 150 feet. Sitting only on the narrow subframe, he jumped back on the throttle but it was too late for him to take the stripe. 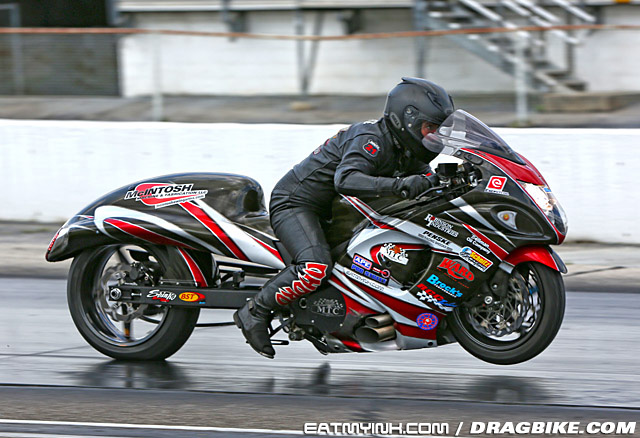 Quicktime Motorsports, along with Lindeman Performance, also sponsors Pro Ultra 4.60—the world’s quickest two wheeled index class. Racer Jeff Lindeman is from Michigan, but his partnership with Quicktime as 4.60 sponsor will have him feeling like Gateway is his home too. He’ll be racing Indy winner Chase Morris and the Fast Time Motorsports Suzuki, Brevin and Johnny Bond and their Pro Stock-style bikes, Courtney Wheeler and more. 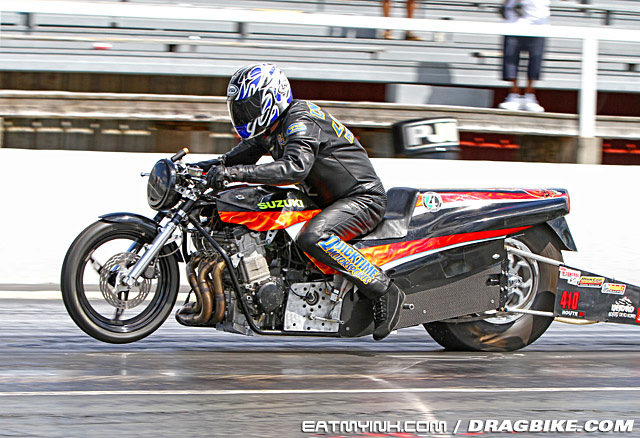 After Huntsville’s eighth mile, and the Indy program was shortened by heavy winds, Sportsman finally get to run the full quarter at Gateway. 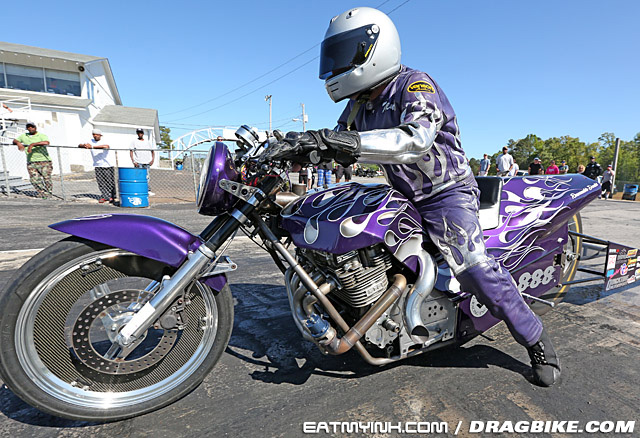 Prominent St. Louis defense attorney Ken Schwartz is also a G&G Metal Spinners Top Gas racer and winner of the season opener at Huntsville. But Schwartz isn’t the only St. Louis Top Gas racer. Heather Wagner Baldi has already runner-upped twice so far this year. Will Gateway be her breakthrough win? Not if her dad Mike “Wags” Wagner can help it. And there’s 2X champ and Indy winner Greg Mallett—can this iceman be stopped? 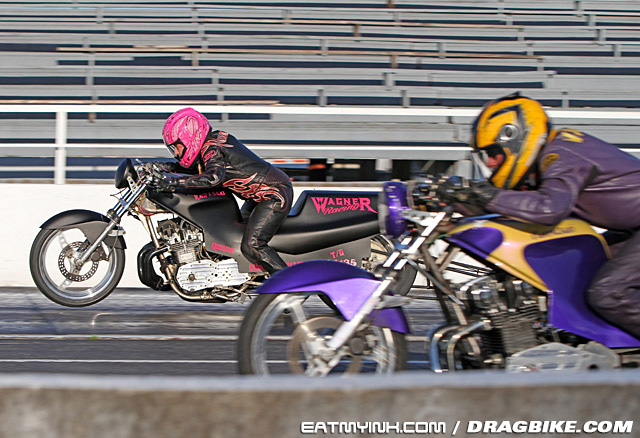 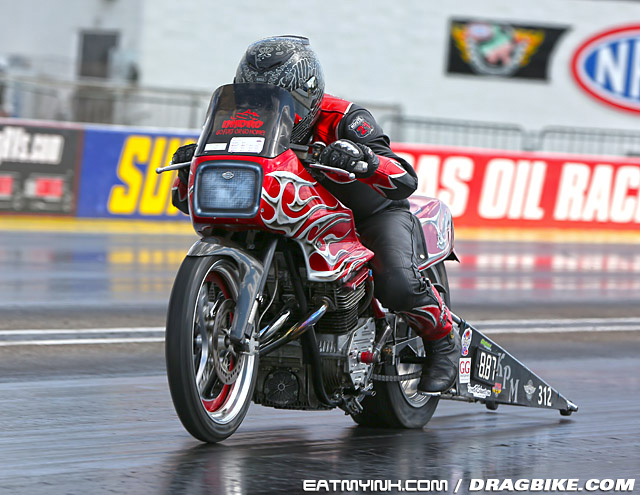 Dustin “White is a Two Syllable Word” Lee leads Super Comp AND Motorcycle House Crazy 8s points, while Route 21 Street Fighter points are led by Indy winner Rocky Ward. As the NHDRO season heads into the summer, these guys will be looking to demoralize their competition. 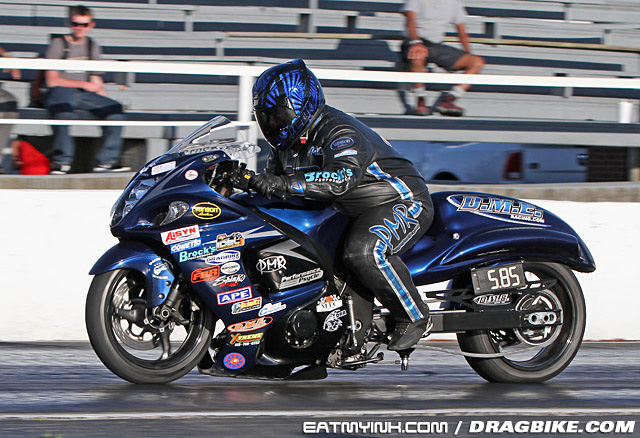 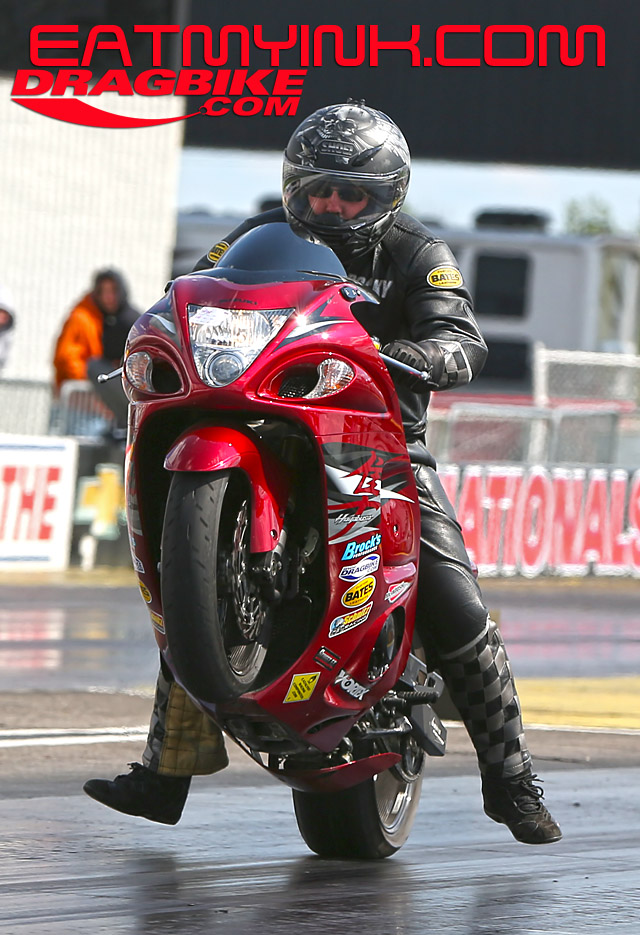 Most of these racers will also be battling it out in MPS Pro ET and Kevin Dennis Insurance Street ET.

One class that fans hope to see more battling in is HMH Motorsports Coatings Pro Open. Chris Cutsinger and Ron Maddox are beginning to think everyone might be afraid of them. Is that true? Show these two turbo Funnybike racers that you’re not afraid and buy a tech card for this wide-open, anything-goes class.

“Wide-open, anything-goes” also describes a typical night of PR Factory Store and Vanson Leathers Grudge Racing. But when you’re Grudge Racing at the site of “St. Louis Chaos,” the intensity ratchets up even higher. Will St. Louis Red decide that photography is too expensive and go back racing? Will BabayLuv Thompson climb off the cruiser and back onto a grudge bike?

NHDRO grudge regulars Derrick “Squeak” Edwards, “Whip,” Richard Gadson and more are ready to pounce if they do.