3:30pm –  We have finished a weekend of racing successfully, your winners and runners up are listed below and all final video have been added to the playlist below. We are still adding time sheets to the WEEKEND TIME SHEETS  gallery. Bud Yoder took the win over Frankie Stotz in Pro Street with a 6.84!

11:30am –  First round of Pro Eliminations are done and we have videos added to the playlist below. In Pro Street Bud Yoder ran a 6.89 for the fastest run of the session. We have word that DD Boulware has been DQ’d from his run because he rolled backwards into the beams. This ruling was surprising to some since he was on solo run after Gabe Frederick was unable to make the round. But rules are rules. We are right back to sportsman action and the Pro’s will be back up shortly.

10am –  We are still in the sportsman classes but we have finished the ET rounds from the Saturday night race. Kevin Adams took the win over Dustin Lee in the Saturday Street ET class Dennis Insurance. In G&G Metal Spinners Pro ET Greg Mallett took the win over Bradley Shellhaas. Congratulations to all four competitors on their wins and making it on to the Dragbike.com BAMF ranking for 2015. Sportsman racing will continue here and we should have the Pro classes on deck in an hour.

8am – Racing has started an hour early here in Indianapolis to try and squeeze in a day of full racing action. We have a chance of rain all day but the real threat will come in around 5pm. So the program will move fast today.  We ended last night at midnight with a few rounds of the ET classes to finish. Doug Gall stayed on top of the Pro Street qualifying with his 6.99 qualifying pass from first round while James Teasley was the only bike not to make the qualifying field. Keith Lynn once again was the number 1 qualifier in Pro Comp with a 4.142 . Full times sheets and ladders can be found on our facebook page in the WEEKEND TIME SHEETS  gallery.

Last night Whip went down during the 10pm grudge session. We posted a video of the accident to our YouTube playlist below and we have gotten several messages asking how he is doing. Whip is bulletproof, he was up right after the accident and back to getting his bike ready to run again within 30 minutes of when he went down! So we are happy to report he is more than fine. Today would be a great day to buy the NHDRO event shirt featuring Whip and head over to his trailer for an autograph.

We would like to say Happy Birthday to Terry McIntosh today of McIntosh Machine and Fabrication. Terry is not only a Dragbike.com supporter but he is also the sponsor of this weekend’s NHDRO race coverage, as well as the Dragbike.com Grom Project bike that is currently in process. If you have a Honda Grom and are looking for a swingarm , contact McIntosh Machine and Fabrication.

VIDEO COVERAGE
Click on ‘Video List’ in the top left hand corner of video to see the complete play list of videos we have uploaded so far. 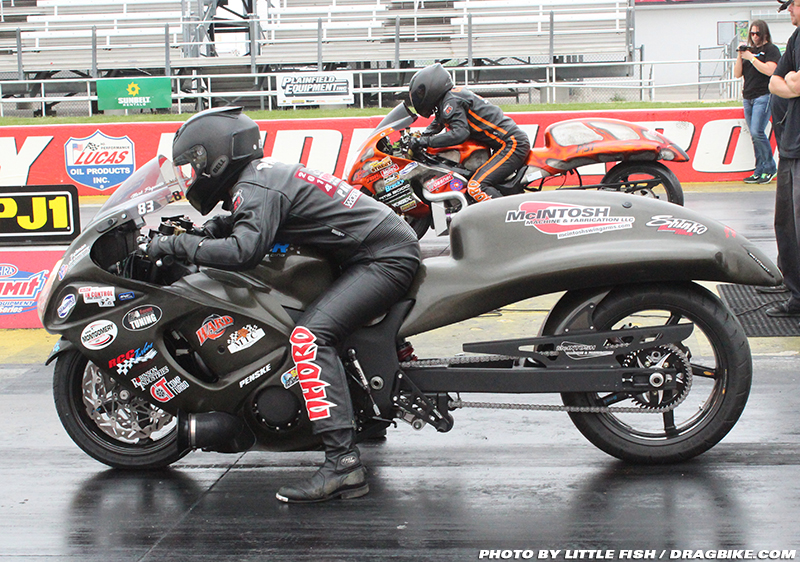 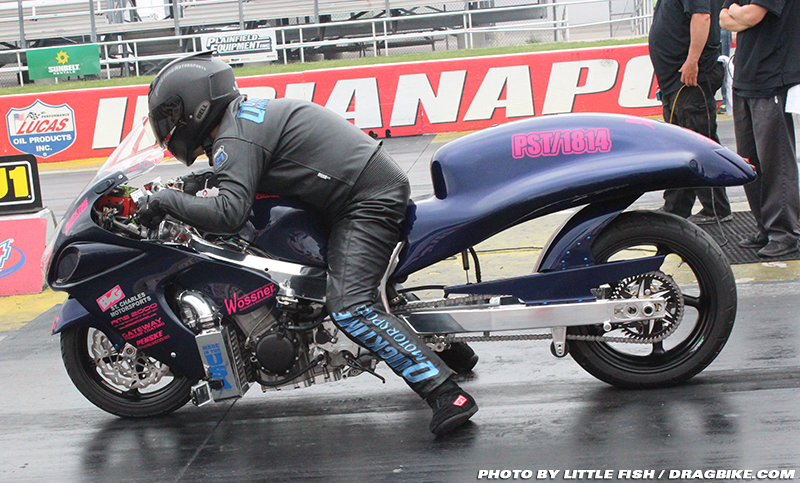 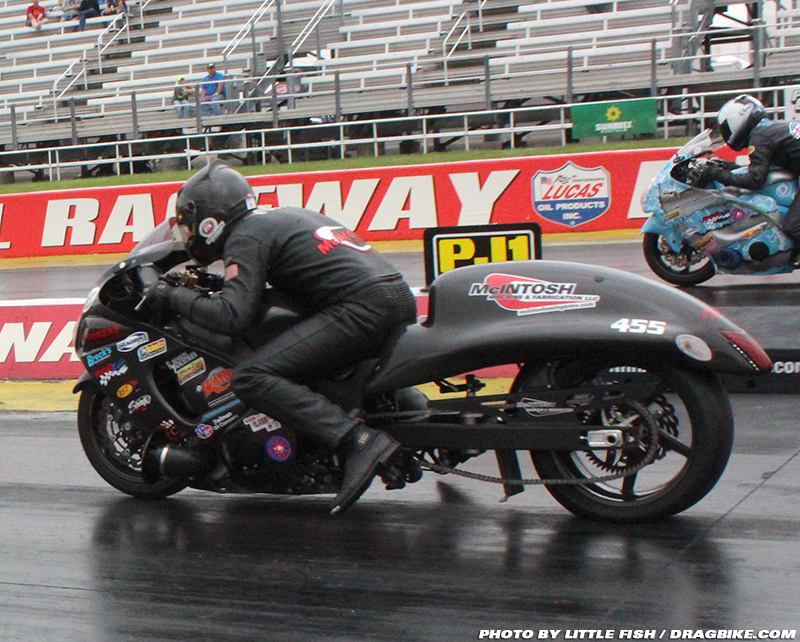 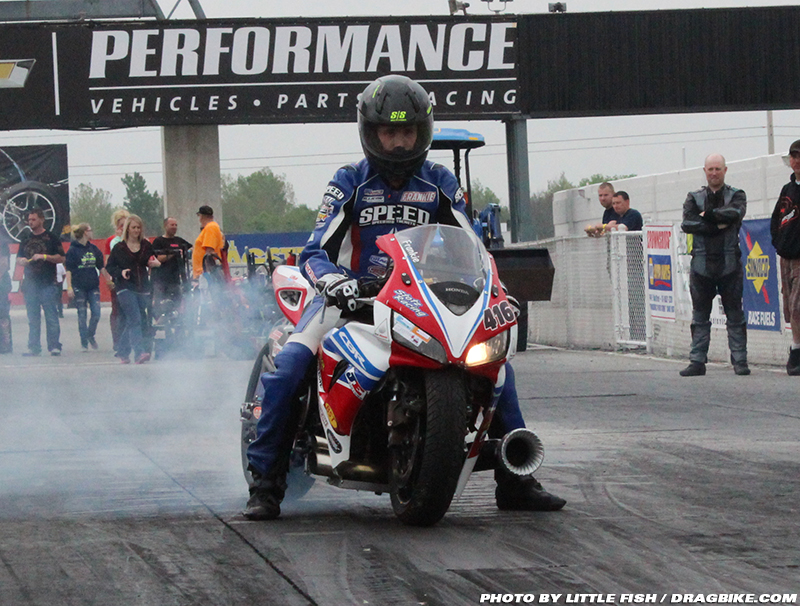 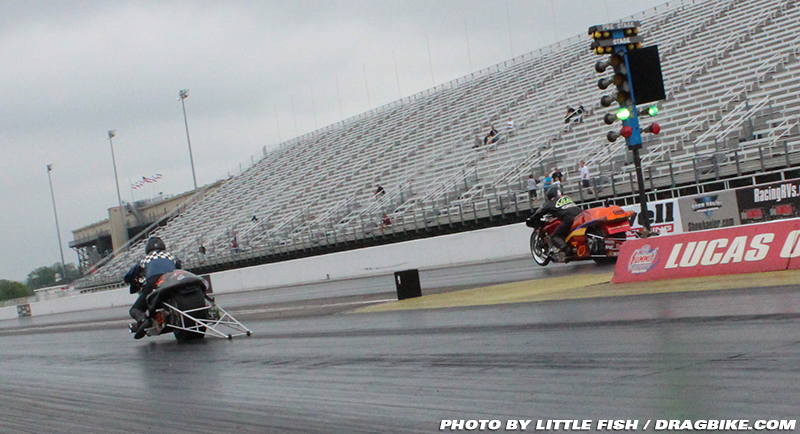 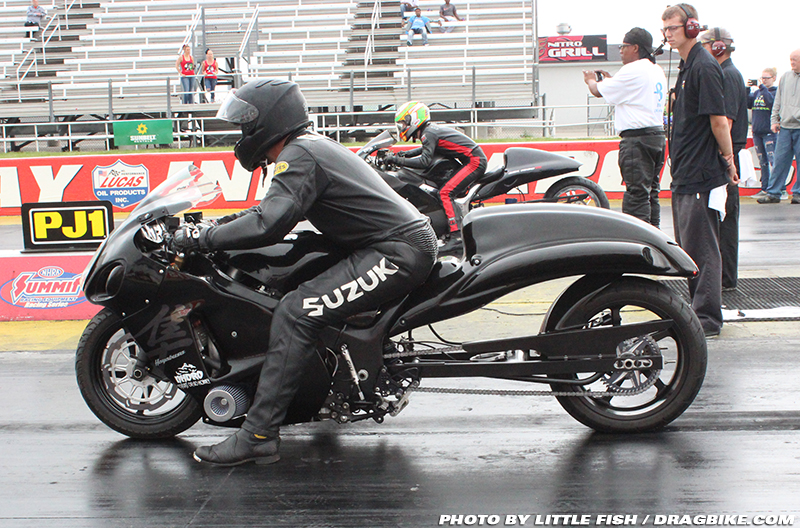