NHRA officials released the 2020 schedule for the Pro Stock Motorcycle category of the NHRA Mello Yello Drag Racing Series. Pro Stock Motorcycle riders will once again compete at 16 of the 24 events on the series. This exciting class, which recently broke the 200 mph barrier, will be competing at several new locations in 2020.

For the first time in NHRA history, Pro Stock Motorcycle will compete in all three events that make up the famed Western Swing as they add the Magic Dry Organic Absorbent NHRA Northwest Nationals in Seattle, WA to their 2020 tour. Additionally, fans will get to check out this highly-competitive group at the Mopar Express Lane NHRA SpringNationals in Houston as well as the NHRA Thunder Valley Nationals in Bristol, TN. 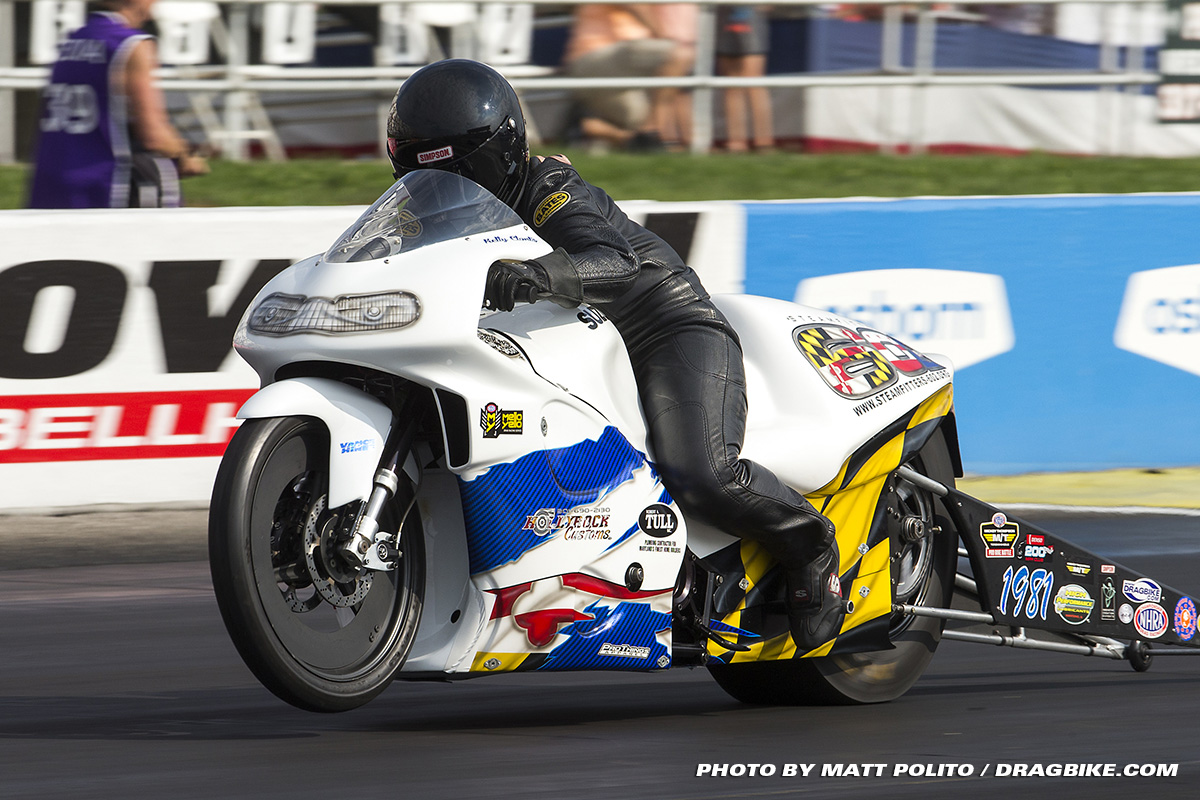 Pro Stock Motorcycle will compete in five events in the NHRA Mello Yello Countdown to the Championship. Points will be adjusted accordingly.

Stay tuned all week to NHRA.com as we announce more national event specialty series schedules for the 2020 season including Pro Mod, Factory Stock Showdown, and Top Fuel Harley. The national event schedule for the NHRA Lucas Oil Drag Racing Series will be released later this fall. 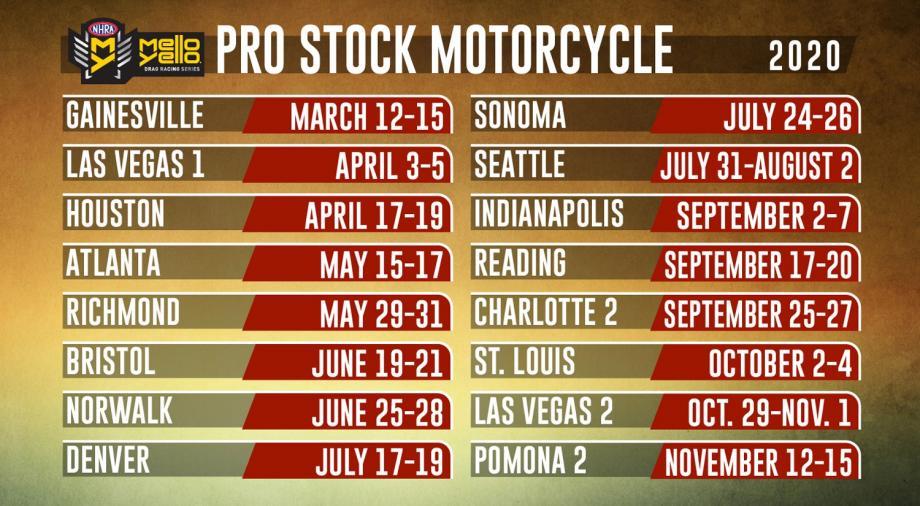